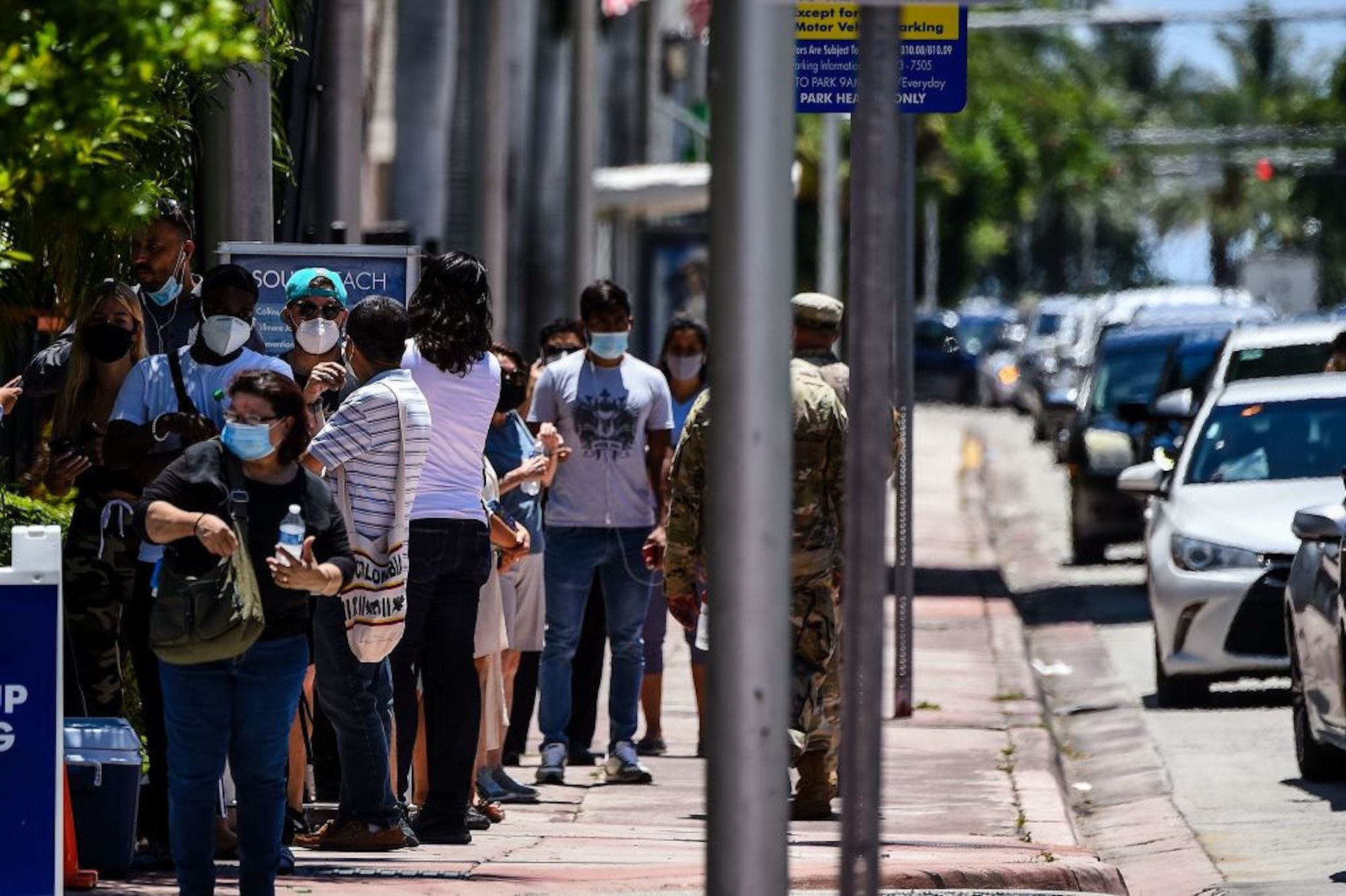 CHANDAN KHANNA/AFP via Getty ImagesPeople wait for COVID-19 tests at a walk-in and drive-thru testing site in Miami Beach, Florida, on Wednesday.

Florida reported a record number of new coronavirus cases on Friday: In the past 24 hours, 8,942 new infections were confirmed, representing a nearly 8% increase in the state’s total number of cases.

It was the biggest single-day coronavirus case surge any state had seen since April 15, when New York reported 11,571 cases.

Florida’s Department of Business and Professional Regulation announced in a tweet on Friday that effective immediately, consumption of alcohol at bars in the state was suspended. 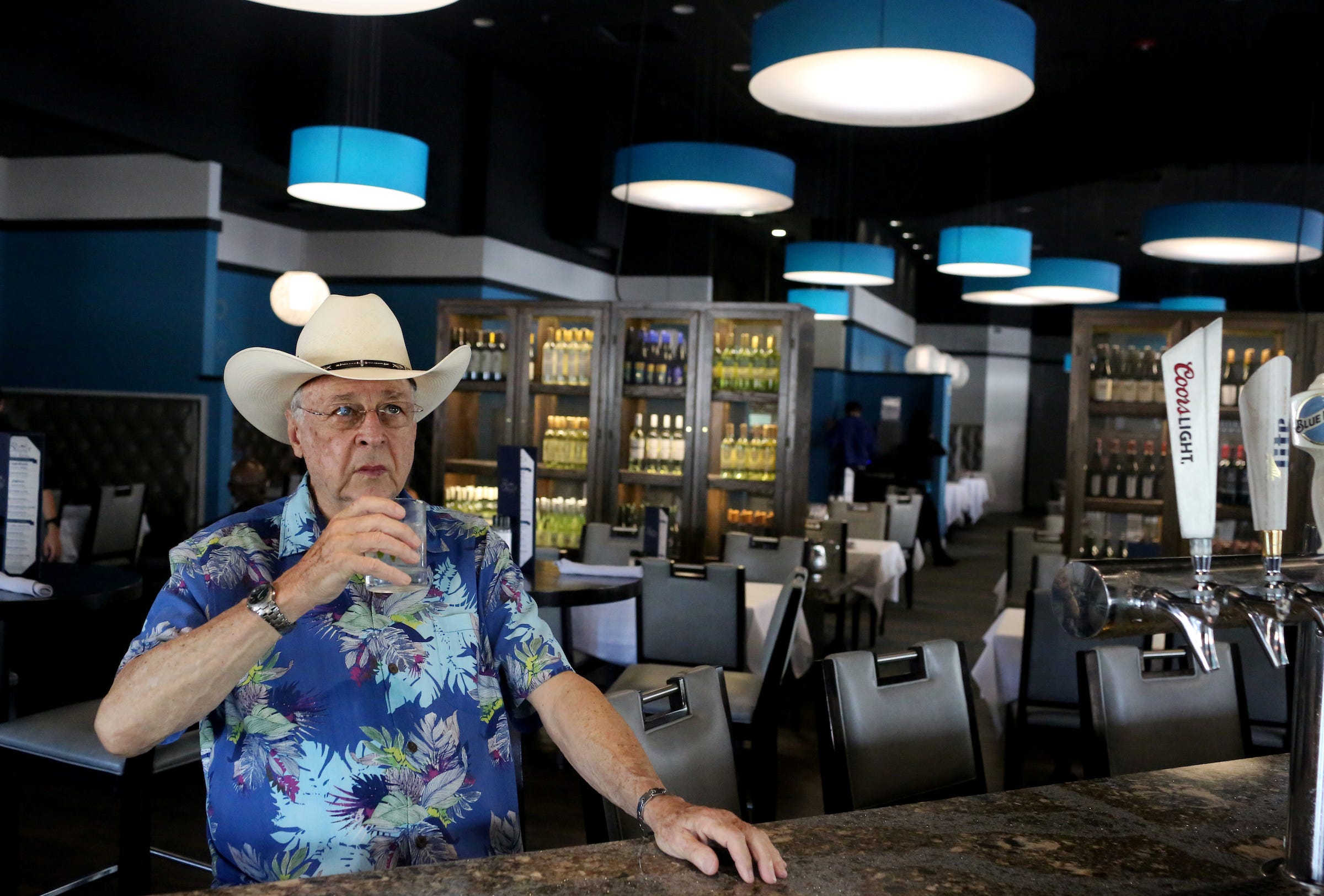 Yana Paskova/ReutersPaul Bukovski has a drink at Bluefin Grill & Bar in The Villages, Florida, on March 15.

The number of new cases Florida reported on Friday shattered the record of 5,511 cases it reported on Wednesday and brought the state’s case total to 122,960.

The state’s surge is further evidence that the US’s coronavirus outbreak is once again spiraling out of control. Nationwide, the US reported a record 39,327 new coronavirus cases on Thursday, surpassing the single-day record of 38,115 infections set just one day earlier.

Florida’s case total has more than doubled since June 1, when the state had 56,830 infections.

At the start of the month, the state’s number of new daily cases was 726. It jumped to 1,355 cases on June 11, then to 2,682 cases on June 18 – increases that indicate Florida’s outbreak is growing exponentially.

Florida and other states experiencing surges, like Arizona and Texas, have recently ramped up testing, which may partly explain why their case counts have gone up. But these states have also reported upticks in the share of coronavirus tests that come back positive, indicating that increased testing is not the primary reason for the rising numbers.

On Thursday, 13% of all coronavirus tests in Florida came back positive; on Tuesday, it was nearly 16%. 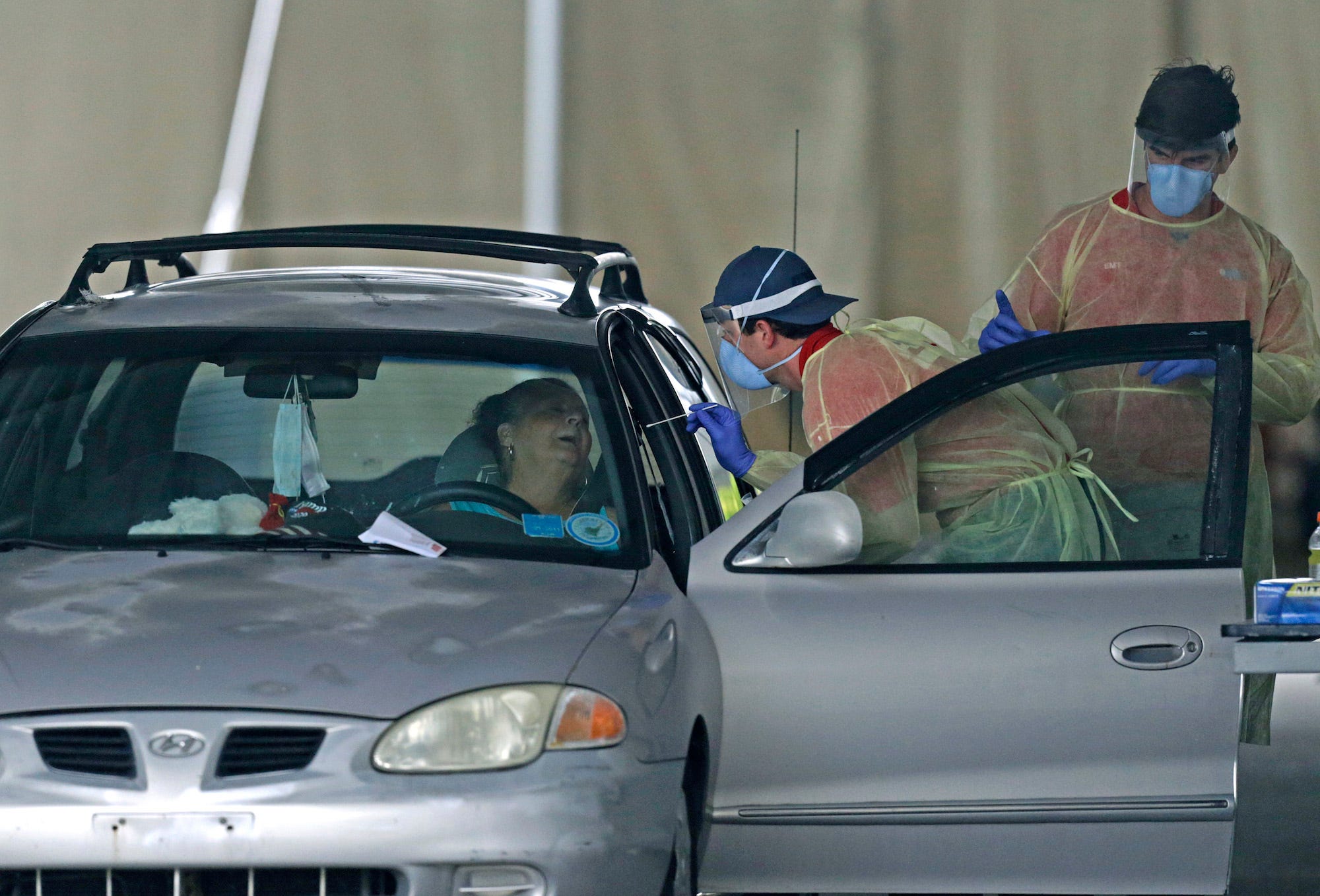 What’s more, hospitalisation rates are rising as well. State health officials said on Friday that Florida’s total hospitalizations rose by 1.5% in the past 24 hours.

The number of people in Miami-Dade County needing hospitalisation, intensive care, and ventilators has increased by 33%, 47%, and 26% since June 15.

This surge may be because of eased lockdown restrictions

COVID-19 cases reported today are generally a reflection of the virus’ spread two weeks ago, since the coronavirus’ incubation period is one to 14 days and it can take a few days for test results to be reported.

More than half of US states have reported increases in their coronavirus case counts since June 18, suggesting that residents’ actions in early June contributed to the surge.

Some public-health experts have attributed the escalating outbreaks to relaxed lockdown restrictions.

“The reason that we’re seeing a spike in cases here in Houston is because of the decisions that our governor has made to open up the economy fairly aggressively,” Dr. Cedric Dark, an emergency physician in Houston, previously told Business Insider.

Florida, which is in its second stage of reopening, had been allowing restaurants, bars, movie theatres, concert venues, and other entertainment businesses to open at 50% capacity in most counties.

“More people are out and about,” Mary Jo Trepka, an epidemiologist at Florida International University, told CNN. “That has most likely contributed to it.” 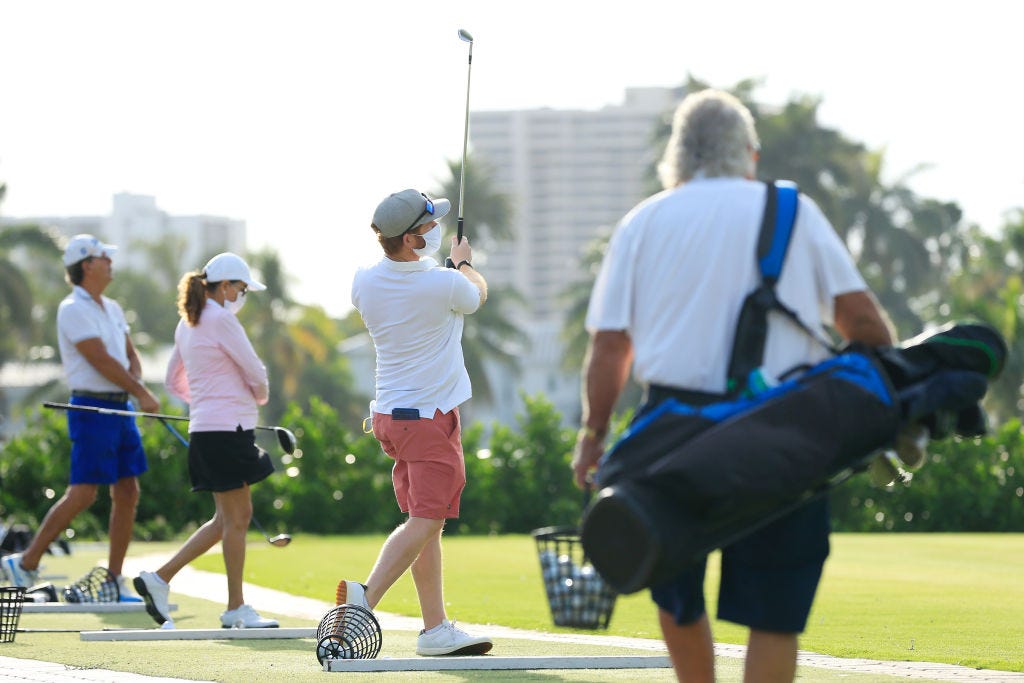 Cliff Hawkins/Getty ImagesPlayers wearing face masks warm up on the range at the Miami Beach Golf Club on April 29.

Florida Gov. Ron DeSantis indicated last week that he was more focused on testing than locking back down to control the state’s outbreak.

“Florida is actively searching for COVID-positive individuals to provide immediate treatment and contact tracing to help prevent the broader spread of the disease,” DeSantis’ office said in a statement to Business Insider on June 16. “This aggressive testing strategy is proving to be successful and will continue.”

DeSantis told reporters on Thursday that the state was pausing its reopening plan.

“We are where we are,” DeSantis said. “I didn’t say we were going to go on to the next phase.”