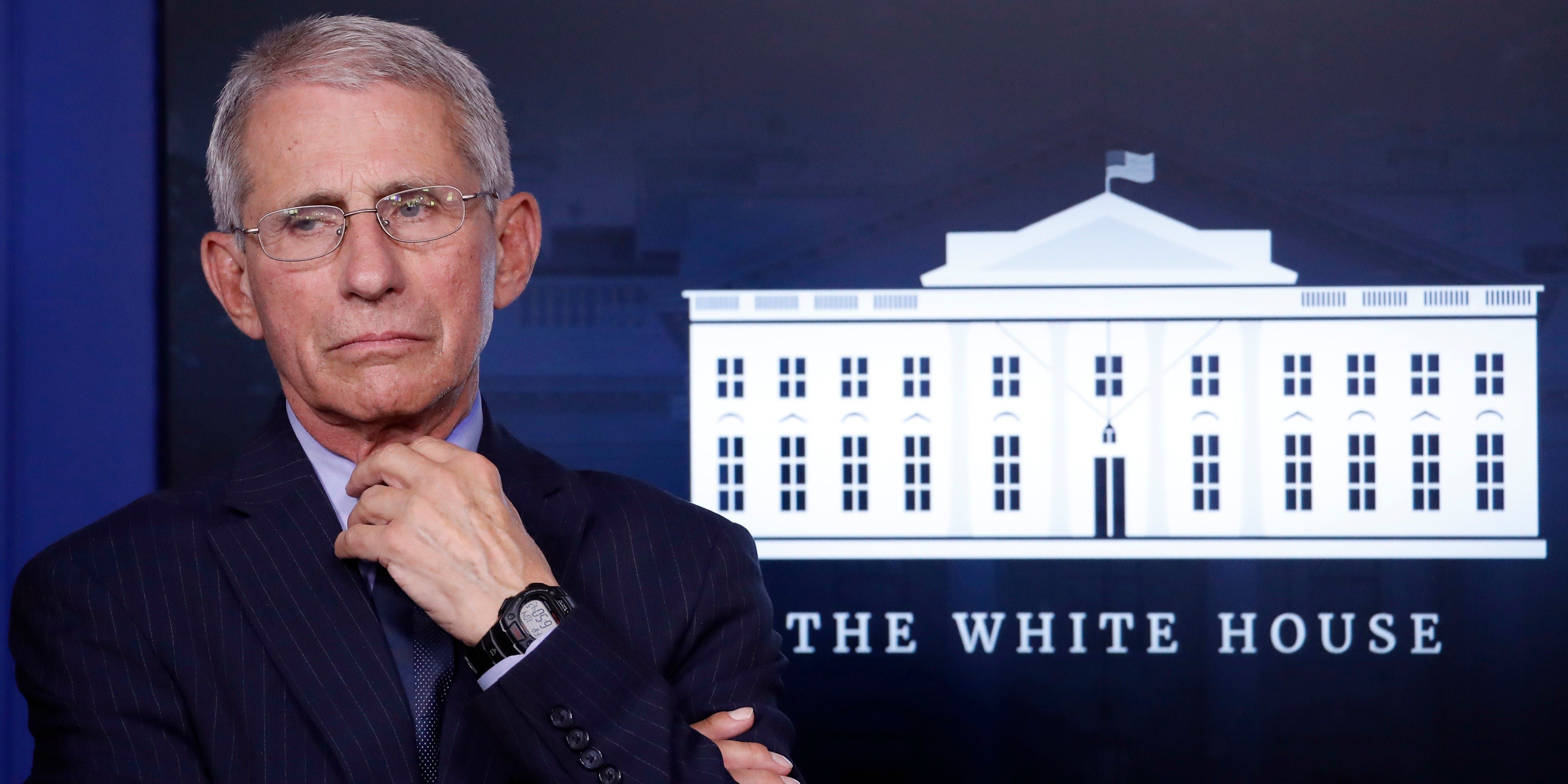 Alex Brandon/APDr. Anthony Fauci, the director of the National Institute of Allergy and Infectious Diseases, at the White House on April 1.

On a day when several states recorded their highest-ever single-day increases in coronavirus cases, Dr. Anthony Fauci, the US’s top infectious-disease expert, said the country was still in its “first wave.”

“People keep talking about a second wave,” Fauci, the director of the National Institute of Allergy and Infectious Diseases, told The Wall Street Journal on Tuesday. “We’re still in a first wave.”

He noted that many people appeared to be returning to normal life as states eased lockdowns and pointed to the increased risk that could bring for the virus’ spread.

“When I look at the TV and I see pictures of people congregating at bars when the location they are indicates they shouldn’t be doing that, that’s very risky,” he said.

Since the beginning of the pandemic, experts have warned that cases of the virus could spike and even peak again after the outbreak appears to have been brought under control.

Some countries, including China – where the outbreak began – New Zealand, and some European countries appear to have gotten the virus under control within their borders and are now monitoring and testing for new cases, fearing a so-called second wave.

But in the US, at least six states – Arizona, Nevada, Oklahoma, Florida, Texas, and Oregon – on Tuesday announced record single-day increases in cases.

‘We never made it out of the first wave’

Governors in some states, like Florida, say the increased cases will not result in new lockdown measures.

But Oregon temporarily paused its reopening last Thursday with cases in the state rising.

Other experts agree with Fauci that these record caseloads are part of the US’s first wave of the virus, and not a second wave.

Dr. David Weber, the medical director of hospital epidemiology at the University of North Carolina Medical Centre in Chapel Hill, told NBC News: “We never made it out of the first wave.”

And Loren Lipworth, an epidemiologist at Vanderbilt University Medical Centre, told NBC: “A second wave implies that the first wave has disappeared and reappeared.”

“I don’t think that is what we’re seeing here in the US.”

Back in June, Fauci described the coronavirus as his “worst nightmare,” said it had “devastated the world,” and warned “it isn’t over yet.”

But US Vice President Mike Pence claimed in an op-ed article for The Wall Street Journal this week that fears over a second wave were “overblown” and said “we are winning the fight against the invisible enemy.”