The truth about face masks and the coronavirus: Wearing masks in crowded places may help reduce the spread, but it isn't a perfect solution 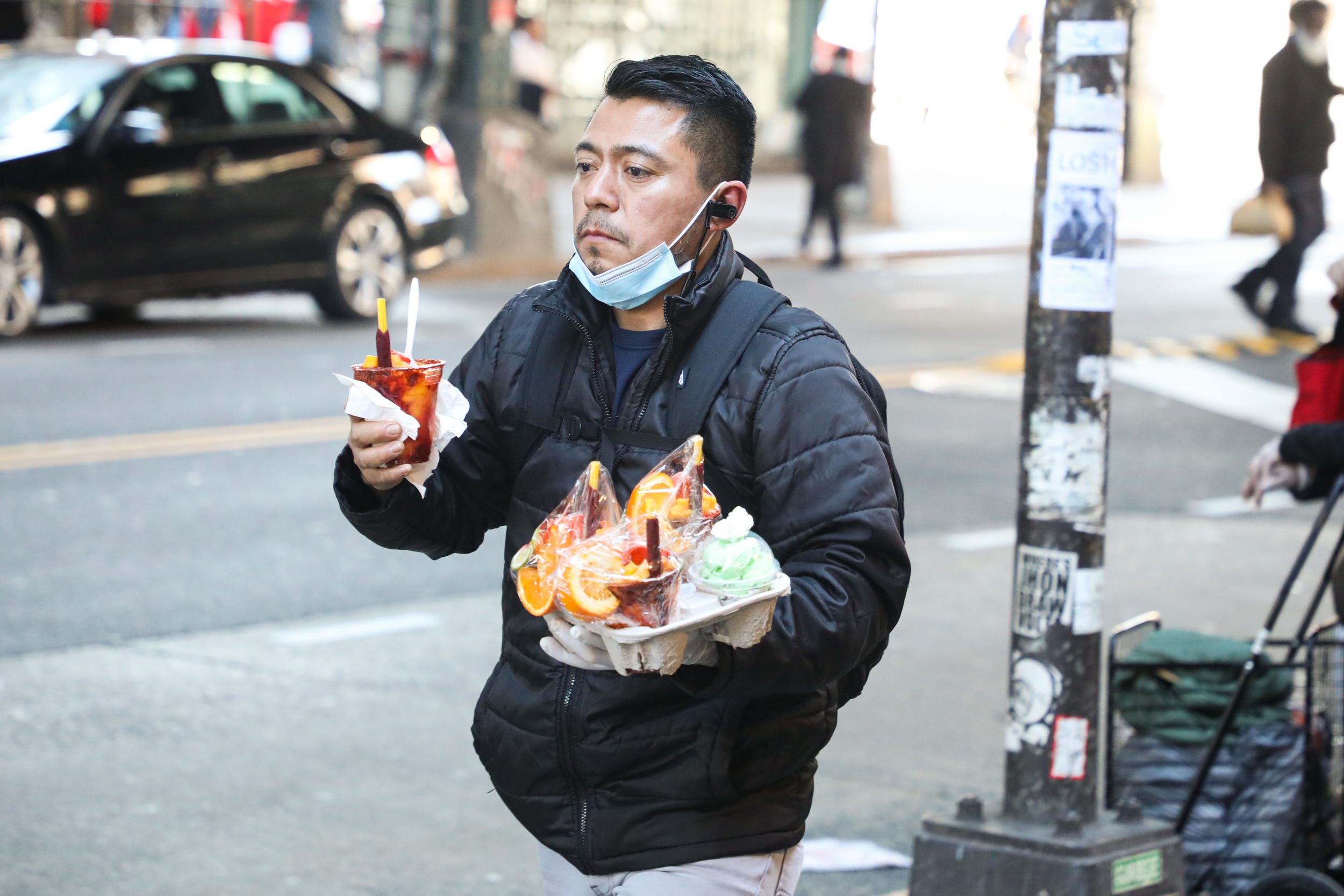 When reports emerged that a strange new illness was spreading in Wuhan, China, Elaine Shuo Feng, an epidemiologist and statistician, was in her hometown of Tianjin, more than 730 miles from the disease’s epicentre.

There, everyone sprang into action, she said, hearing the news about a novel coronavirus emerging, one that had never before infected humans.

“Everyone was wearing the face masks at that time,” Feng told Business Insider.

But when Feng, a postdoctoral researcher at Oxford, returned to the UK, where the illness was just starting to take hold, the same wasn’t true.

“When the outbreak started here, I found no one – or rarely someone – wearing a face mask,” she said. “Sometimes when Asian people wear a face mask [here] they have some problems, like being criticised or stigmatised.”

Global confusion and disagreement about when, where, how, and who should wear face masks during the COVID-19 pandemic has become a heated question in recent weeks as the outbreak has multiplied at staggering rates across the US and Europe while transmission has slowed across Asia.

People are now turning their bras into homemade masks, just as costume makers are repurposing their sewing machines into mask-manufacturing devices. The US Food and Drug Administration has described the supply chain for paper surgical masks as “stressed.”

The truth is that while masks are by no means a perfect tool for preventing the spread of an illness, in a world without a vaccine or any clinically proven treatment for COVID-19, they may be one more ounce of prevention that can help slow the spread across a community, especially when people who don’t yet know they’re infected wear them to protect others.

Authoritative advice on face masks has been confusing and contradictory

The US Centres for Disease Control and Prevention “does not currently recommend the use of face masks for the general public,” the agency said, again and again, on nearly daily briefing calls with reporters in late January and early February, as the coronavirus spread rapidly through China.

“Seriously people- STOP BUYING MASKS!” Adams tweeted on February 29. “They are NOT effective in preventing general public from catching #Coronavirus, but if healthcare providers can’t get them to care for sick patients, it puts them and our communities at risk!”

Ben Cowling, a professor of epidemiology and a mask researcher at the University of Hong Kong’s School of Public Health, described it as “a confusing message.”

“Because at the same time, the suggestion is that they’re really important for healthcare workers,” he said.

Cowling has done enough research on masks to know that they’re not a perfect public-health tool, especially because people often don’t wear them correctly. That’s why he didn’t describe masks as vitally important when he helped develop a list of World Health Organisation recommendations for what countries should do to prevent the spread of the next influenza pandemic.

“The argument … about everybody wearing a mask is not that it will prevent everyone from getting infected – it’s that it will slow down transmission in the community a bit,” Cowling told Business Insider. “That’s already useful. Just to have even a small effect is useful.” REUTERS/Rahel PatrassoPeople work on producing respirator masks at Delta Plus plant in Brazil on March 3.

Recently, others have been more militant about suggesting that everyone use masks. The data scientist Jeremy Howard has called for “#masks4all” and said that “not a single paper” in 34 studies of masks he reviewed showed “clear evidence” that masks were not effective at reducing virus transmission in public.

The truth is that gold-standard scientific studies about face masks – randomised controlled trials – are in short supply. Those that do exist suggest that masks may not be very effective at preventing viruses like influenza from spreading, which could be partly because the people in those trials often aren’t great about wearing their masks the right way.

“Randomised trials don’t support a big effect of face masks, but there is the mechanistic plausibility for face masks to work, right? So why not consider it?” Cowling said. “If you don’t wear the mask properly, and if there’s a lot of chances for you to get infected, then the mask may not do a lot of good.”

WHO, meanwhile, has said that no one needs a mask unless they are either caring for someone sick or are themselves sick.

“Where should these masks be, and where are the best benefits?” Mike Ryan, WHO’s executive director of health emergencies, asked a reporter during a press briefing on Monday. “Because one can argue that there’s a benefit of anything, but where does a given tool have its most benefit? And right now, the people most at risk from this virus are frontline health workers who are exposed to the virus every second of every day.” He added that “the thought of them not having masks” was “horrific.” 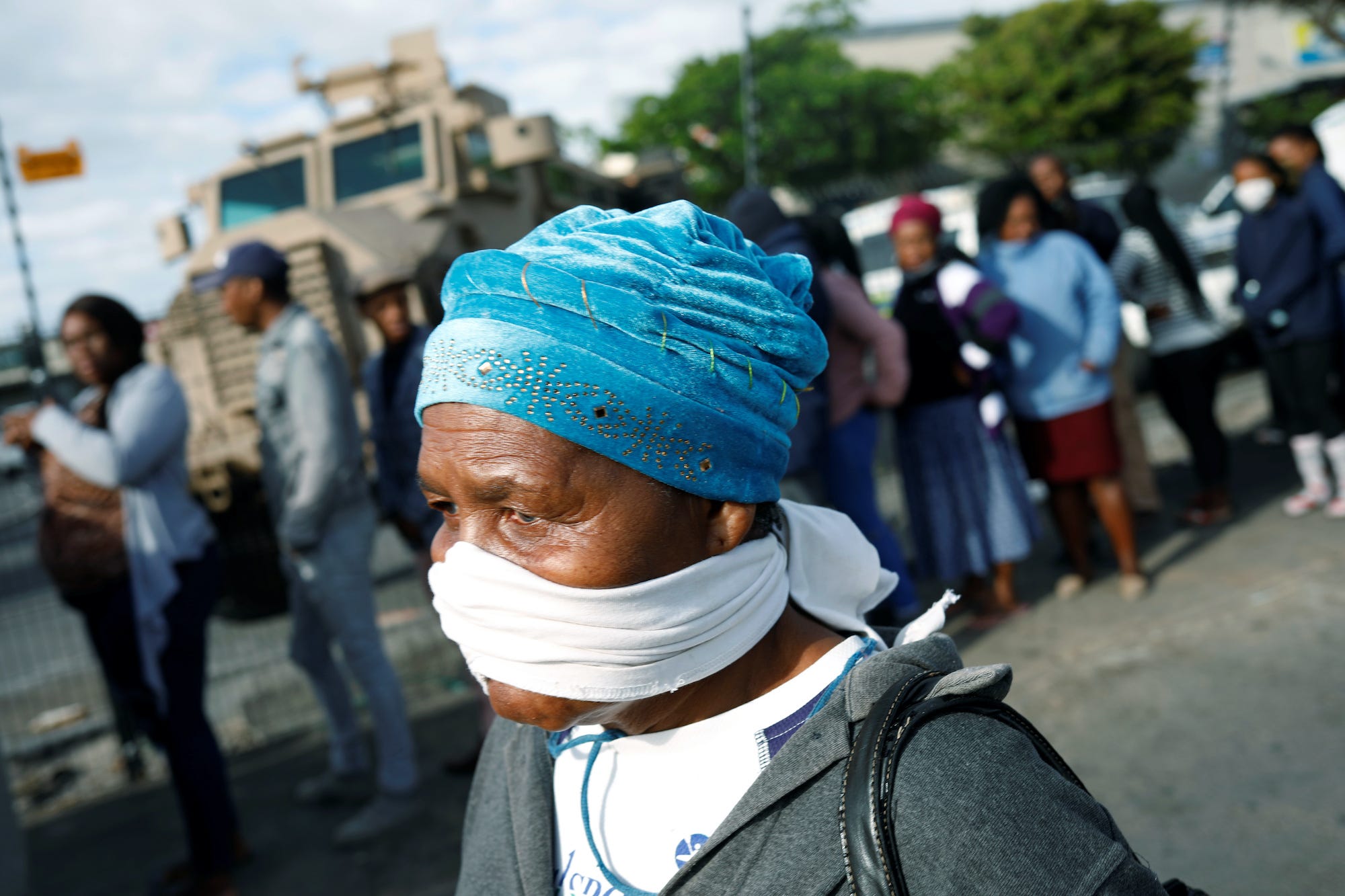 But public-health researchers like Cowley and Feng think that another place where masks might be key with COVID-19 is if infected people put them on before they know they’re sick, especially when they’re out in crowded spaces.

Feng doesn’t wear a mask everywhere she goes at Oxford (“There are not a lot of people here,” she said), but she does put one on when she goes into a grocery store or if she has to take a bus.

Research on the new coronavirus is still in its infancy, but already scientists have estimated that roughly half of the people who get COVID-19 may transmit the virus to others before they ever show symptoms or know they’re sick.

“The thought, at this point, is that you actually have to have very long, sustained contact with someone, and I’m talking about over 15 to 30 minutes in an unprotected environment,” Dr. David Price, a pulmonary specialist at Weill Cornell Medical Centre in New York, said in a recent video.

Just take the heart-wrenching example of a church choir in Mount Vernon, Washington, ravaged by COVID-19. On March 10, 60 choir members showed up for practice, pumped hand sanitizer on their palms, and avoided their usual hugs and handshakes as they belted out tunes for 2 1/2 hours. Now at least 45 of those singers have gotten a diagnosis of COVID-19 or have symptoms, three have been hospitalized, and two are dead.

“The outbreak has stunned county health officials, who have concluded that the virus was almost certainly transmitted through the air from one or more people without symptoms,” the Los Angeles Times reported.

With more than three-quarters of Americans now under lockdown, it may be too late for the country to start wearing masks to prevent the spread of COVID-19.

“I think it’s too late to do a lot for the current epidemic, because it’s already spread such a lot, and then the cases that you’re getting now are people infected two or three weeks ago. And the lockdowns that are in place will hopefully really slow down infections,” Cowling said. “Adding masks now I don’t think would make a lot of difference to that trajectory.”

But face coverings could still help essential workers and others who might need to leave home and use public transport.

“Among people that still need to go to work, particularly people who need to go through crowded areas like underground trains and public-transport systems, wearing masks on those could be particularly useful,” Cowling said.

The CDC is considering recommending such a move, advocating that people cover their faces out in public, The Washington Post reported on Monday.

This doesn’t mean people need to buy up the fancy respirators or medical masks that are in such short supply, though. A recent review of six randomised controlled trials found no significant difference in the effectiveness of N95 respirators and paper surgical masks at preventing infections. Cowling suspects that homemade-mask makers might be able to develop something even more effective for the cause, from household materials.

“I can imagine that we could find something even better than a surgical mask, because the surgical mask wasn’t designed especially for this purpose,” he said, suggesting that more research should be done to find out which fabrics best catch viruses.

President Donald Trump has also suggested that when COVID-19 transmission slows, masks might play a role in daily life in the US, in line with a recommendation for “reopening” the country that former FDA Commissioner Scott Gottlieb posted online.

“We’re not going to be wearing masks forever, but it could be for a short period of time, after we get back into gear,” Trump told reporters at the White House on Monday. “I could see something like that happening for a period of time. But I would hope it would be a very limited period of time.”

In China, it’s a ‘civic duty’ to wear a face mask 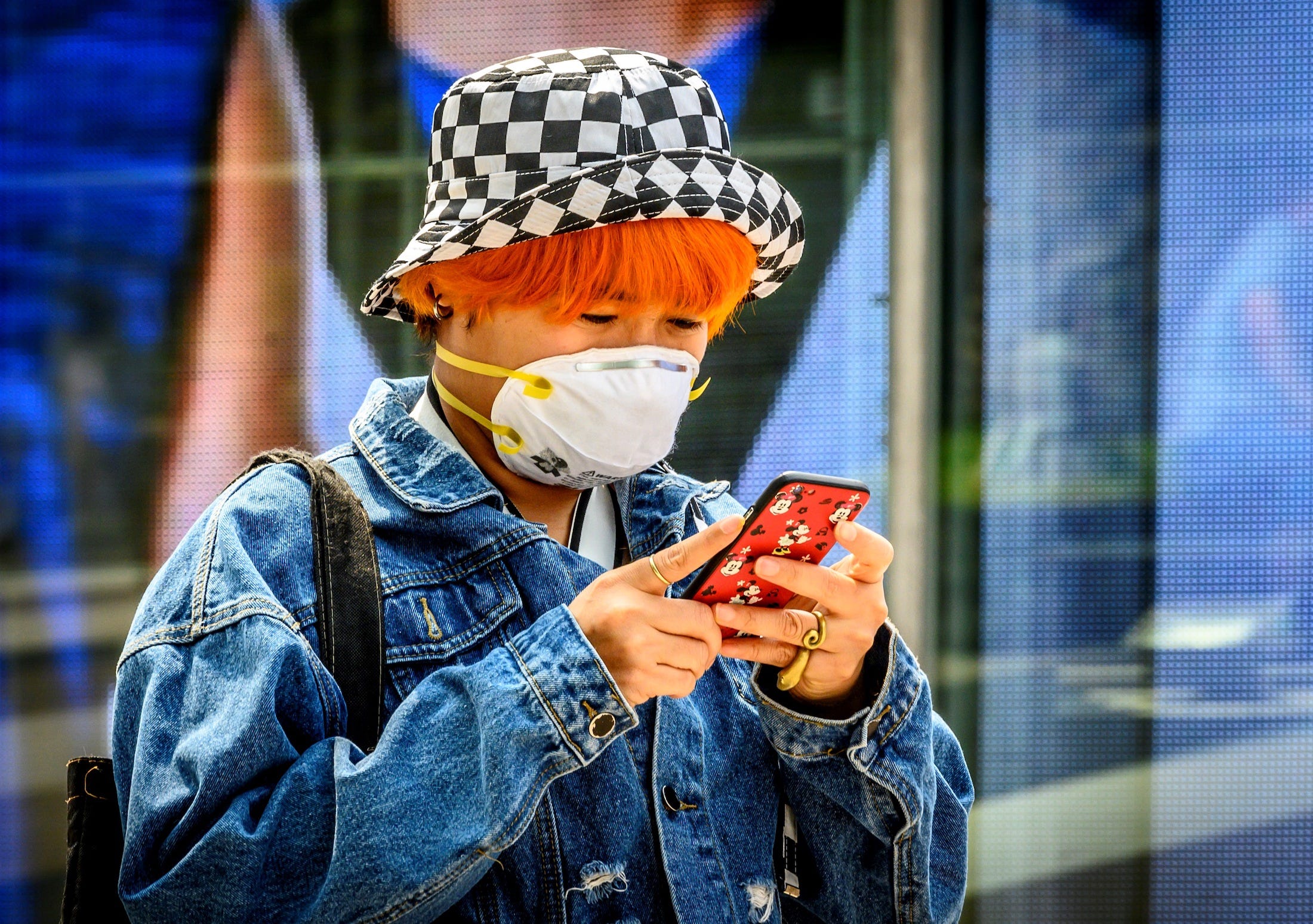 Masks are not going to prevent an outbreak outright, and new studies of the strict lockdown ordered in Wuhan on January 23 suggested that the action played a key role – much more so than masks – in reducing the spread of COVID-19 across China.

But Feng just wants masks to be considered as part of an overall public-health strategy during a pandemic.

“It is time for governments and public health agencies to make rational recommendations on appropriate face mask use to complement their recommendations on other preventive measures, such as hand hygiene,” she and her colleagues wrote in a Lancet comment on March 20.

Part of the reason that people have been wearing more masks in China and Hong Kong during this outbreak has to do with their recent memories of some other deadly contagions.

A recent survey Cowling conducted in Hong Kong suggested that 99% of people – Cowling included – were now wearing face masks when they’re outside.

“In Hong Kong, there’s a very clear recognition that people with coronavirus can spread infection before they have symptoms,” Cowling said. “And there’s a very common view that we’re wearing masks not only to protect ourselves, but because if we have been infected, we’re then protecting other people by wearing the mask.”

“It’s like a civic duty in Asian countries to wear the face mask,” she said. “People wear the mask to protect themselves and also protect others.”