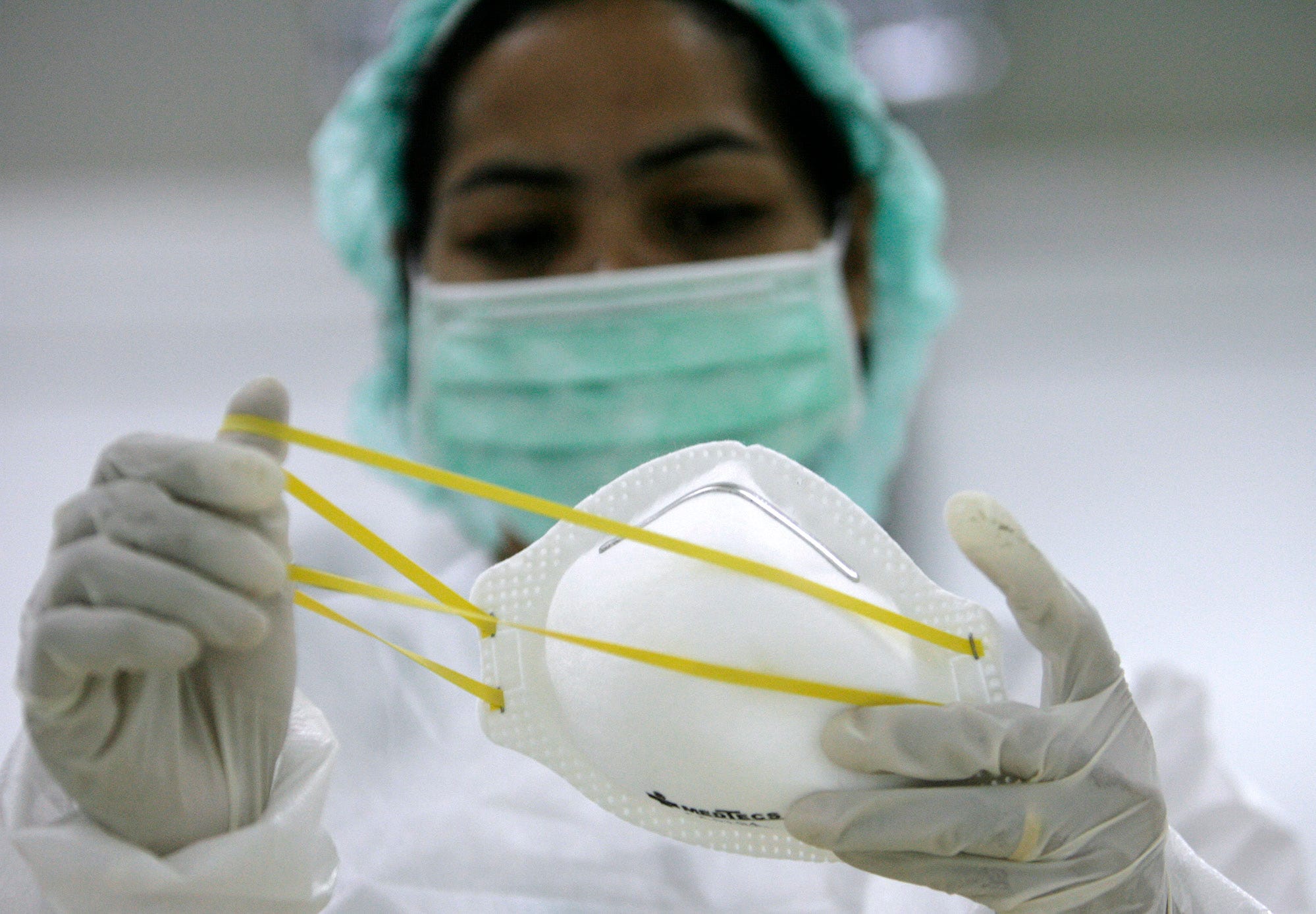 Pandemics were top of mind for Jim Collins years before the new coronavirus emerged.

In 2014, his bioengineering laboratory at MIT began developing sensors that could detect the Ebola virus when it was freeze-dried onto a piece of paper. The small team of scientists from MIT and Harvard first published their research in 2016; by then, they’d tailored the technology to address the growing threat of the Zika virus.

The team is designing a face mask to produce a fluorescent signal when a person with the coronavirus breathes, coughs, or sneezes. If the technology proves successful, it could address flaws associated with other screening methods like temperature checks.

“As we open up our transit system, you could envision it being used in airports as we go through security, as we wait to get on a plane,” Collins told Business Insider. “You or I could use it on the way to and from work. Hospitals could use it for patients as they come in or wait in the waiting room as a pre-screen of who’s infected.”

Doctors might even use them to diagnose patients on the spot, without having to send samples to a laboratory. At a time when testing snafus and delays have hampered many countries’ ability to control outbreaks, tools that quickly identify patients are critical.

A fluorescent signal could show whether coronavirus is present in saliva

Collins says his lab’s current project is in the “very early stages,” but the results have been promising. For the past few weeks, his team has been testing the sensors’ ability to detect the novel coronavirus in a small saliva sample.

The team is also experimenting with design: Right now, the lab is debating whether to embed sensors on the inside of a mask or develop a module that can be attached to any over-the-counter mask.

The team hopes to demonstrate that the concept works within the next few weeks.

“Once we’re in that stage, then it would be a matter setting up trials with individuals expected to be infected to see if it would work in a real-world setting,” Collins said.

The virus-identifying technology more generally, however, is already proven. By 2018, the lab’s sensors could detect viruses that cause SARS, measles, influenza, hepatitis C, West Nile, and other diseases.

“We initially did this on paper to create inexpensive paper-based diagnostics,” Collins said. “We’ve shown it can work on plastic, quartz, as well as cloth.”

Collins’ sensors consist of genetic material – DNA and RNA – that binds to a virus. That material is freeze-dried onto fabric using a machine called a lyophilizer, which sucks moisture out of the genetic material without killing it. It can remain stable at room temperature for several months, giving the masks a relatively long shelf life.

The sensors need two things to be activated. The first is moisture, which our bodies give off through respiratory particles like mucus or saliva. Second, they need to detect a virus’ genetic sequence.

A Shanghai laboratory sequenced the coronavirus genome in January. Collins said his sensors needed to identify only a small segment of that sequence to spot the virus. Once they do, they are designed to give off a fluorescent signal within one to three hours.

That signal isn’t visible to the naked eye, so Collins’ lab uses a device called a flourimeter to measure the fluorescent light. Outside the lab, he said, public officials could use handheld flourimeters – which Collins said “cost about a dollar” – to scan people’s masks.

His team has previously developed sensors that change from yellow to purple when a virus is present, so colour-changing sensors are a possibility too, he said, though the group has tabled that idea for now.

Collins is considered a pioneer of synthetic biology, a field that uses engineering to redesign systems found in nature. He won a MacArthur genius grant in 2003. In 2018, his lab got a $US50,000 grant from Johnson & Johnson to develop embeddable virus-detecting sensors for lab coats.

The sensors might offer a cheaper, quicker, and more sensitive form of detection than traditional diagnostic tests. The lab’s sensors for Zika, for example, can diagnose patients within two to three hours. The team estimated in 2016 that the sensors cost about $US20 each, while the test itself was $US1 or less to manufacture. 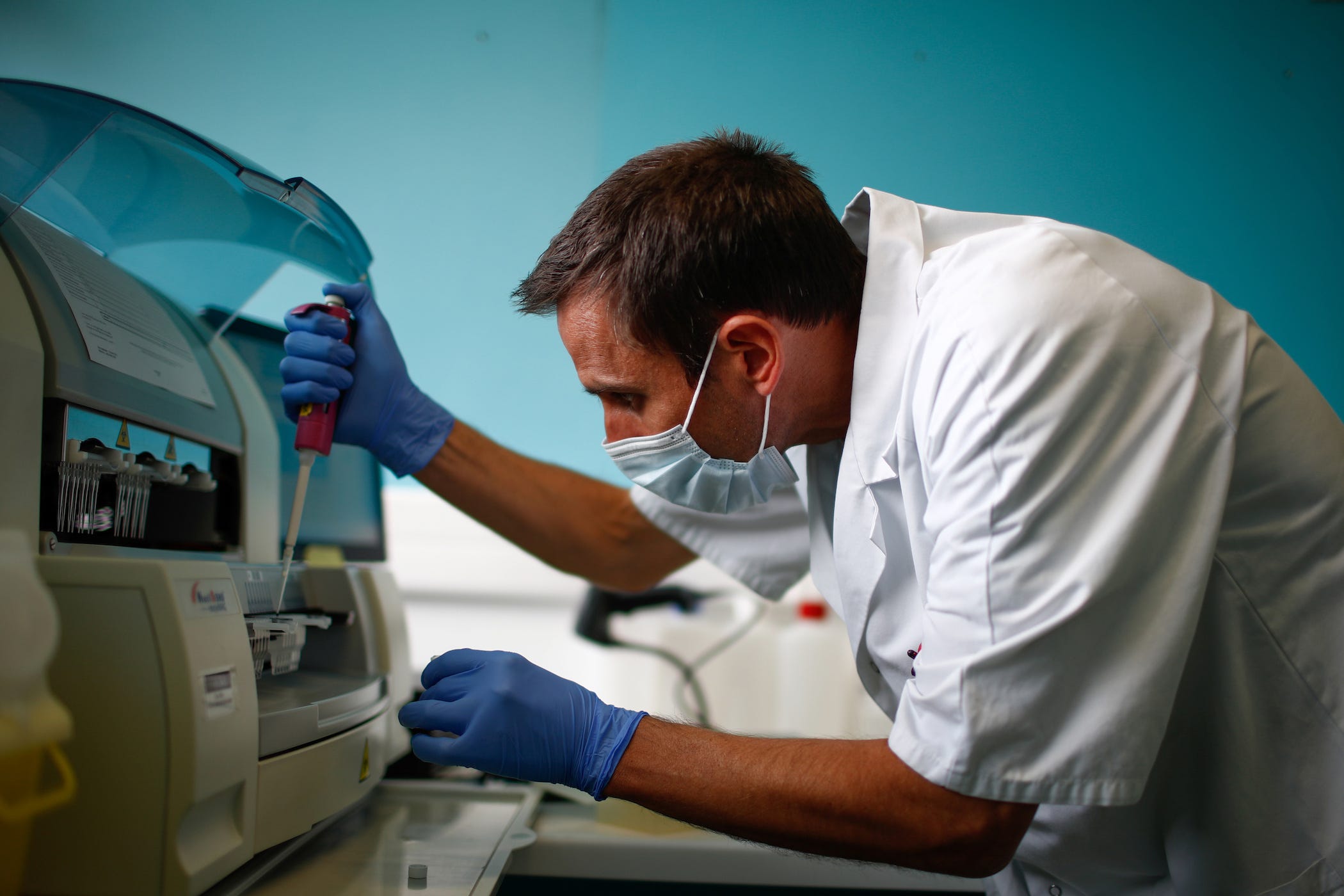 Coronavirus tests, by contrast, currently take about 24 hours to run, and patients often don’t receive results for several days. That could change, however, now that the US Food and Drug Administration has authorised an at-home diagnostic test (it’s currently being distributed to healthcare workers and first responders).

The test developed by the Centres for Disease Control and Prevention costs about $US36, according to a document released by Medicare in March. For commercial labs, the price is $US51.

Because Collins’ sensors are highly specific, they’re even able to detect different strains of a virus. In the case of Zika, the sensors picked up two strains from Africa, one from Asia, and another from America.

Scientists have traced coronavirus strains back to two main lineages: one that originated in Asia and another that has become more common in Europe, North America, and Australia. Though the MIT lab is still testing coronavirus segments, there’s a good chance its technology would be able to detect these differences: The team previously found that its test had a 48% probability of identifying a single point mutation.

A replacement for temperature checks 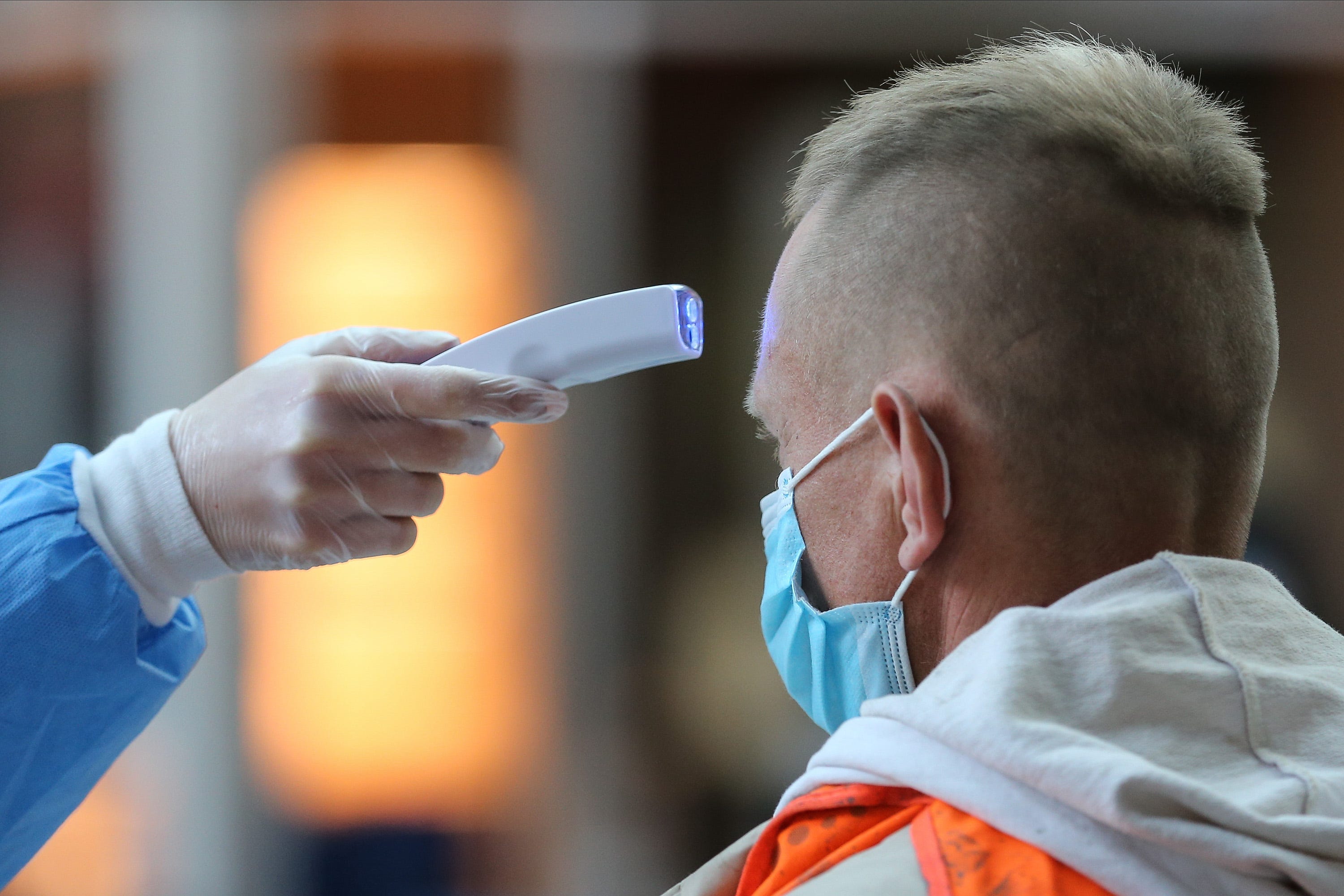 Marco Cantile/LightRocket/Getty ImagesPassengers being checked with a thermo scanner upon arrival at the Naples railway station on April 9.

Airport screeners often rely on temperature checks to flag travellers who might have coronavirus infections. The method is also being used in countries that have relaxed lockdown restrictions.

But temperature checks miss a large swath of infections, including patients who are asymptomatic or pre-symptomatic or are experiencing symptoms other than a fever. Collins thinks his sensors could identify more cases by detecting the virus itself, rather than its symptoms.

The lab’s aspirational goal, he said, is to begin manufacturing masks for public distribution by the end of summer.

“Right now we’re time-constrained and talent-constrained in that we’ve got a relatively small team,” he said. “We’re limited in how many we can have in the lab working, and they’re all working as hard as they can.”