Coronavirus has infiltrated every aspect of American life, and sports are no exception.

On Tuesday, the Ivy League announced that it would be cancelling its postseason basketball tournaments and sending its regular-season champions – Yale on the men’s side and Princeton on the women’s – on to the NCAA tournament.

For the conference’s 14 other teams that will not compete in the NCAA tournament, Tuesday’s decision likely marks the end of the 2019-20 season. For some of the players, coronavirus has robbed them of the opportunity to play the final games of their collegiate basketball careers. 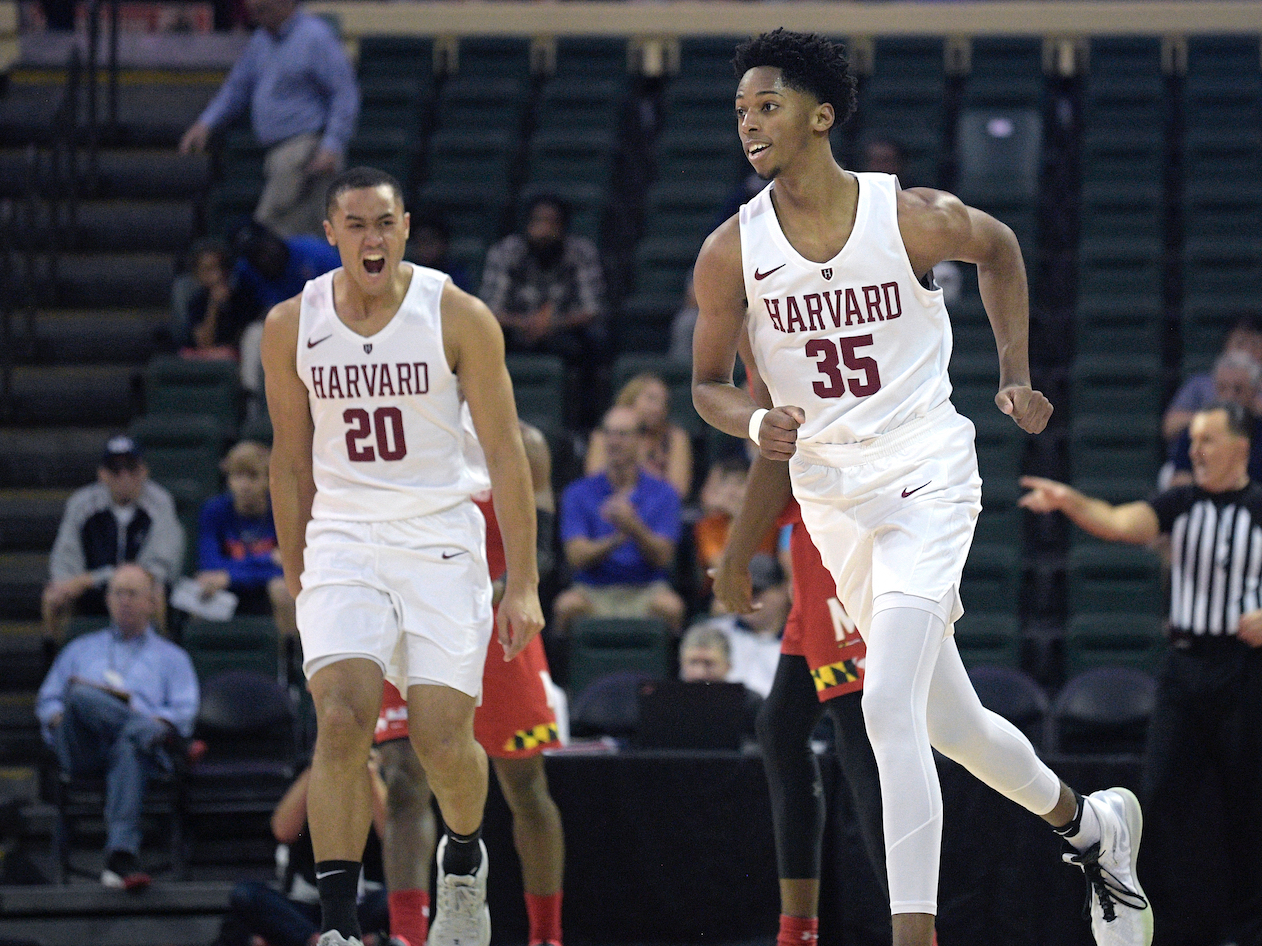 But the end of their time on the court wasn’t the only jarring news Harvard’s senior basketball players received early in the day on Tuesday:jut their final semester on campus would also be coming to a premature end.

Harvard President Lawrence S. Bacow announced in an email Tuesday morning that all classes would move online beginning March 23. The school’s regularly scheduled spring recess begins Friday and concludes March 22, but the university’s administration is all but barring students from returning from the hiatus.

Undergraduate students were also told to move out by March 15. Students were notified that the administration will grant very few extensions and exceptions, and students who do not have somewhere to go should speak with their academic deans.

Insider spoke with senior guard Justin Bassey – who started all 29 of Harvard’s games this season and averaged 6.5 points per game for the Crimson – about the abrupt conclusion of both his collegiate basketball and academic careers.

“I actually first saw it on Twitter,” Bassey said. “I saw Jon Rothstein’s tweet saying that a source had told him that the Ivy League had decided to cancel the tournament and that Yale would be going. Obviously it was devastating for that to be the decision that the league made but also to find out in that manner was tough.”

“We’re trying to understand it and come to terms with it while also realising the good that we’ve had and the opportunities that we’ve had,” he added. “We’re not taking anything for granted… It was a matter of health and well-being over playing a basketball game.”

Head coach Tommy Amaker’s team earned a 10-4 record in Ivy League play this season, with just one more loss than the first-place Yale Bulldogs who will represent the conference in the NCAA tournament. The Crimson beat Yale in both of their regular-season matchups, and showed promise that they could stick with the top teams in the nation after nearly upsetting the then-No. 5 Maryland Terrapins in a neutral-site matchup back in November.

Harvard’s players were confident not only in their ability to upset Yale in the Ivy League tournament finals, but to put together a run in the NCAA tournament.

“We had never been more confident this year,” Bassey told Insider. “The conference tournament was at home for us this year and we just came off a big win against Yale. We’re playing really well together and coming together as a team, so we were really confident.”

“We’ve been an incredible team at home,” he added. “I think we finished the season 11-1 at home. Being here, playing at Lavietes [Pavilion] has always been something we take pride in.”

Bassey said Amaker and the rest of the Harvard coaching staff called one final meeting for the team late Tuesday night to reflect on the season and try to process everything that had transpired in the preceding few hours. 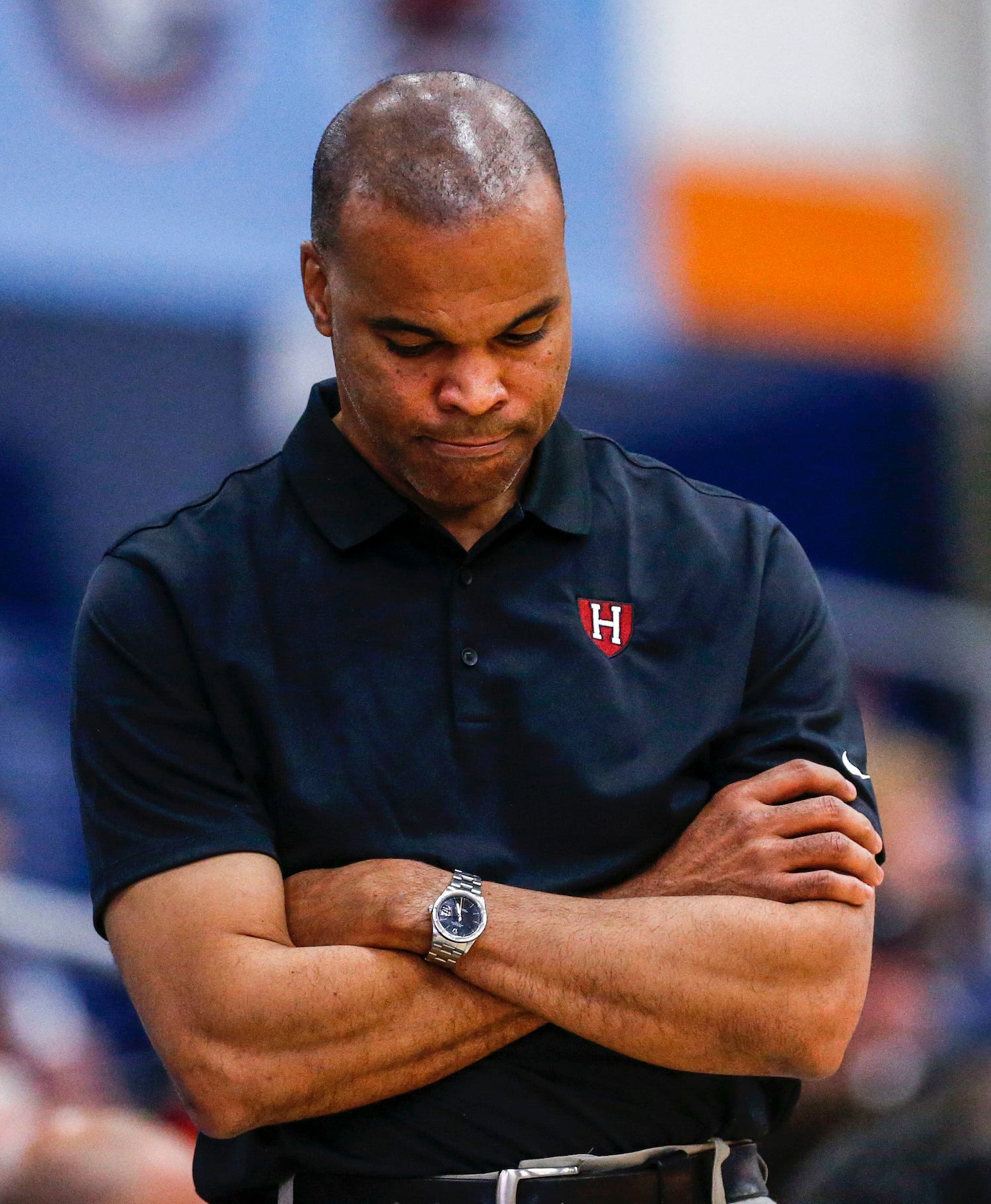 “Our coaches really wanted to put it all in perspective,” Bassey said. “Given that we’re all going to be off campus for the rest of the semester, he was trying to sum up the entire season in one meeting, saying where we’ve been, how proud he was of us growing, coming together as a team, overcoming adversity, and recognising that the last time we did play we had a big win. We lived up to our identity, our standards. The last time this team – these 19 guys – were on the court together, everyone got to play and we played one of our best games of the year.”

“Obviously everyone on the team is devastated that this opportunity is gone and that we don’t have the opportunity to play together again,” he added. “But given that this was our last opportunity to be together, we tried to look past that and see the bigger picture.”

Later this week, Bassey will head back home to Colorado while the rest of his friends and teammates disperse around the country and beyond. He’ll have to keep up with his classes online, of course, but he’s hoping to travel a bit to visit some of his friends. Bassey said his focus now is to “make the most of the time I have left here on campus” before it’s all over.

“It totally caught me off guard,” Bassey said. “It was really, really hard to wrap your head around the ending of your college career just as an academic student but also my career as a basketball career coming to an end within a few hours of each other and not expecting either of those events to happen was a total whirlwind.”