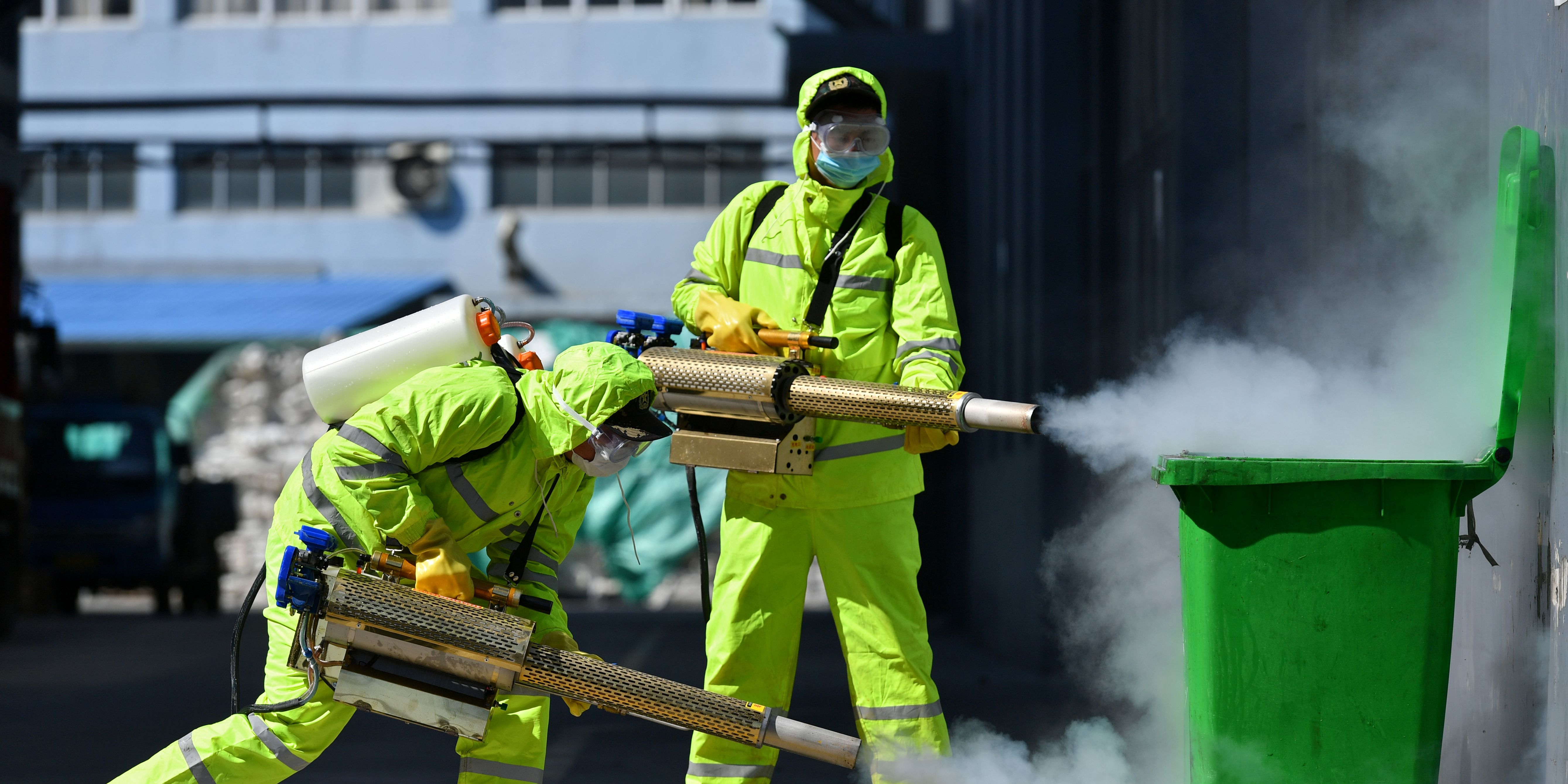 ReutersVolunteers in protective suits disinfect a factory with sanitizing equipment, as the country is hit by an outbreak of the novel coronavirus, in Huzhou

Coronavirus’ fallout is already showing up in companies’ guidance and market reactions. Now UBS economists expect the pandemic to drag global growth near negative levels in the first quarter.

The bank’s “global now-cast” metric showed growth surging throughout Asia before the coronavirus outbreak. But its latest reading projects a global growth increase of just 0.5% during the first three months of the year. The rate of expansion is down from the 3.5% level expected earlier in the quarter.

The virus’ hit to China’s economy accounts for most of UBS’s lowered guidance, with disruptions in Hong Kong, Thailand, and Singapore also dragging the metric lower. Any growth level below zero reflects a contraction in the global economy, and consecutive quarters of contraction mark a global recession.

UBS’ global growth forecast doesn’t take supply chain slowdowns into account, added the team, led by Arend Kapteyn. Apple is among the latest firms to update their guidance on the virus’ hit to manufacturing. The iPhone maker announced on Tuesday its revenue for the quarter ending March will fall below its initial estimate, citing a temporary hit to global phone supply. Apple shares fell as much as 3.2% on the news.

Read more: A Wall Street firm lists its 5 best hedges for an unusual coronavirus-driven market crash – and shares what to do if it’s successfully contained

UBS expects central banks to stay in a “wait-and-see mode,” holding off on any stimulus as economic data reflecting the outbreak’s fallout trickles in. The Federal Reserve will likely hold its benchmark interest rate steady until inflation rises to its 2% goal. The European Central Bank “is largely on autopilot” while it focuses on a strategy review, the team wrote. Even Japan’s central bank is expected to stay patient despite the nation seeing its first virus-related death on February 8, UBS said.

Even if the bank’s latest guidance reflects an ominous outlook for the world economy, containment of the virus will drive a sharp recovery. Delayed consumption and investment, along with economic stimulus, “should lead growth to snap back sharply … similar to what one would see after a natural disaster,” the team wrote on Tuesday. The net effect on annual growth is a less-worrisome 0.2 percentage point reduction, they added.

Coronavirus’ death toll reached 1,875 people on Tuesday, with more than 73,000 people now infected across at least 26 countries. Only five deaths have been reported outside mainland China, with single fatalities in Japan, Hong Kong, the Philippines, Taiwan, and France.

HSBC tanks the most since 2017 after announcing a $US7.2 billion overhaul charge


Salesforce was just named one of the best companies to work for in 2020. Here’s how to nail the interviews and land a six-figure job at the software giant.