Dubai is making residents apply for a police permit every time they want to leave the house during the coronavirus pandemic, even if it’s to buy groceries or go to the doctor.

The online application system requires people to state their reason for going outside, even in cases of emergency.

It also requires people to fill in details like their nationality, job, phone number, ID number, and car licence plate number if they are driving.

Applicants also have to state the specific location they want to visit, and outline the times they expect to leave and return home.

The system then texts people shortly afterwards to say whether their application was successful, and gives them a specific time slot in which they are allowed to move around.

Dubai, which has already banned outdoor exercise, is the only city in the United Arab Emirates operating this system. The UAE has more than 2,600 confirmed cases and 12 deaths so far.

Business Insider spoke to Dubai residents and obtained screenshots of the application process. Take a look.

The permit is issued by Dubai’s government and police, and a new one is needed for every trip outdoors at any time during the day. People can apply for the permit for either work or personal reasons.

Police are enforcing the rule, and people can face legal action if they do not have permission.

People are told to have proof of their permission, and their receipts of any purchases, on them in case they are stopped by police.

Only those who work in “essential” jobs, including people who work in medicine and food delivery, can get permission to go outside through work.

Some people can also get a letter from their employer which allows them to move outside without using this system.

Personal reasons are also limited: It must be a medical appointment, a trip to buy groceries or medical supplies, or an “emergency.”

You can fill in your own reason in the case of an emergency, though the government does not define what it counts as an emergency.

The city has also set up a hotline that people can call to apply for permission.

The director of Dubai Police’s traffic department said the application website can handle 1,200 requests per minute, but still sees delays because of the amount of people trying to apply.

According to Brigadier Saif Muhair Al Mazroui, Director of the Traffic Department at Dubai Police, “the move permit site can deal with 1,200 permit requests per minute.”

But he said on April 8: “Sometimes issuing the permit is delayed because of online traffic,” according to Gulf News.

You then have to fill in personal details, including your ID number and nationality. You have to state when you expect to leave home and when you will return, as well as how you plan on travelling.

The city is strictly enforcing its rules. Business Insider spoke to one person in Dubai who was able to secure a one-hour slot to buy groceries, but was then not allowed into the shop because she did not have gloves, which are a requirement in the city.

caption
A view of Dubai, including the Burj Khalifa.

She was ultimately able to shop after the store provided her with some.

This is what the system shows people after they have submitted their application: Exactly where they want to go and when.

Business Insider has blocked out the source’s personal details.

The system then texts the applicant, first to confirm receipt of the form, then to say if the application has been approved. This screenshot shows both.

The source who sent this photo said their application process was relatively quick, though it’s not clear how long any delays can be. 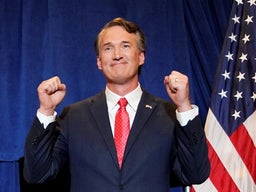