The Chinese CDC now says the coronavirus didn't jump to people at the Wuhan wet market — instead, it was the site of a superspreader event 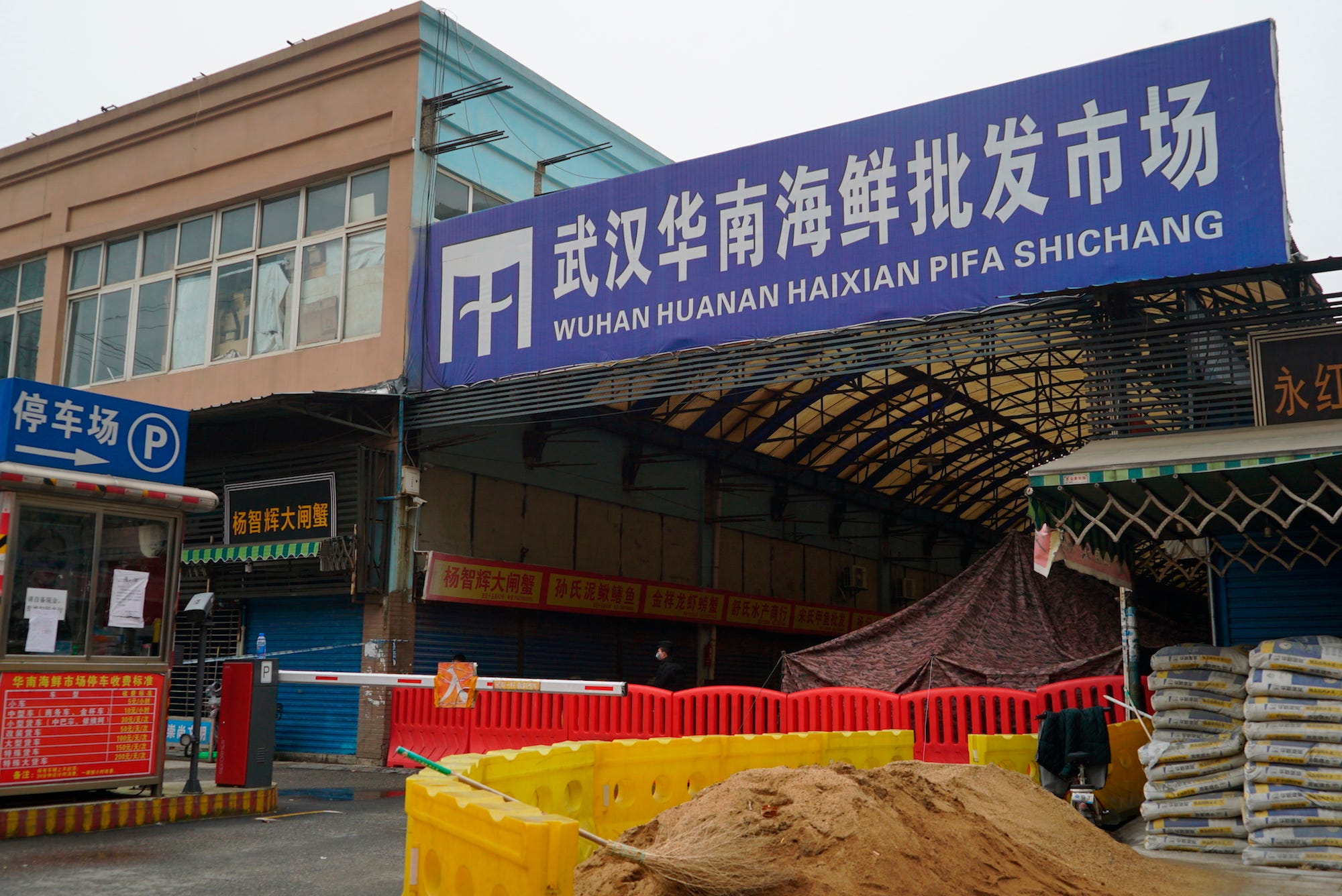 Experts still don’t know where the new coronavirus came from.

Genetic evidence has all but confirmed that the virus originated in Chinese bats before it jumped to humans via an intermediary animal host. But where and how that happened is still up for debate.

Authorities in Wuhan, China, initially reported that the first cases of the virus emerged at the local Huanan Seafood Wholesale Market. But the Chinese Centre for Disease Control and Prevention said this week that following an investigation of the animals there, it ruled the site out as the origin of the outbreak.

According to The Wall Street Journal, Gao Fu, the director of the Chinese CDC, told Chinese state media, “It now turns out that the market is one of the victims.”

The Chinese CDC said that samples collected from the market didn’t show a link between the animals there and the new coronavirus, suggesting that they couldn’t have infected shoppers. 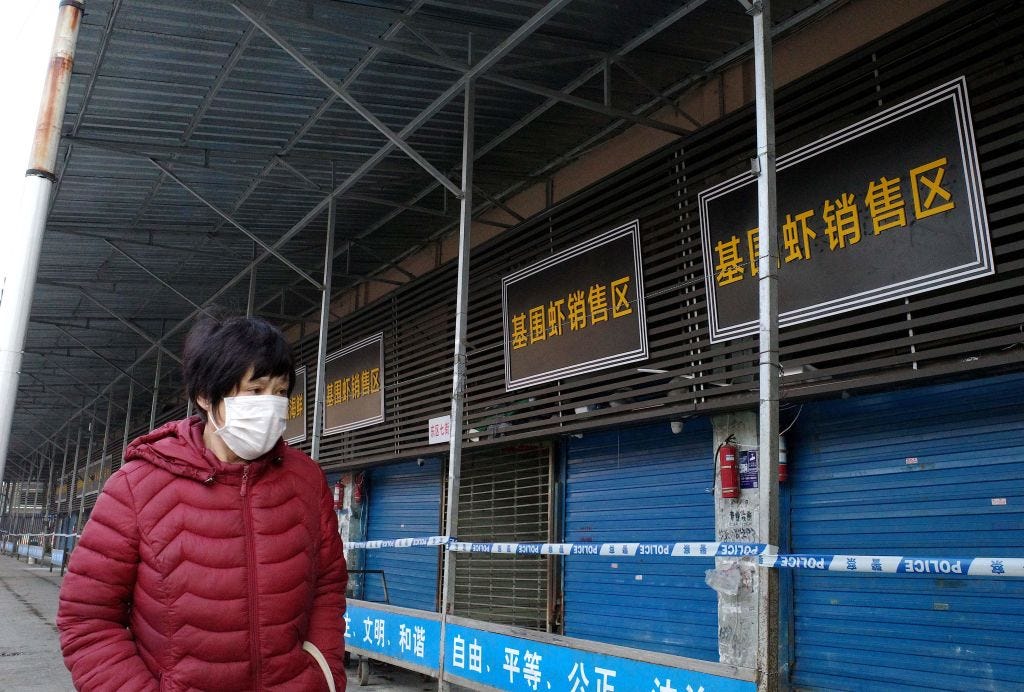 Wuhan authorities informed the World Health Organisation on December 31 about the unknown, pneumonialike illness that would later be identified as COVID-19.

Most of the initial 41 cases were linked to the wet market, which was closed on January 1. Given that the SARS outbreak in 2002 and 2003 started at a similar venue in Guangdong, China, the wet market seemed like a logical origin. (The SARS coronavirus jumped from bats to civet cats to people.)

But none of the animals at the market tested positive for the virus, Colin Carlson, a Georgetown University researcher who studies zoonotic diseases, told Live Science. If they were never infected, they couldn’t have been the intermediary host that facilitated the spillover.

A growing body of research supports the Chinese CDC’s conclusion that the outbreak’s origins were unrelated to the market. The virus seems to have been circulating in Wuhan before those 41 cases were reported: Research published in January found that the first person to test positive for the coronavirus was likely exposed to it on December 1, then showed symptoms on December 8. The researchers behind that study also found that 13 of the 41 original cases had no link to the wet market.

Similarly, a study published in April suggested that the coronavirus had already established itself and begun spreading in Wuhan by early January. 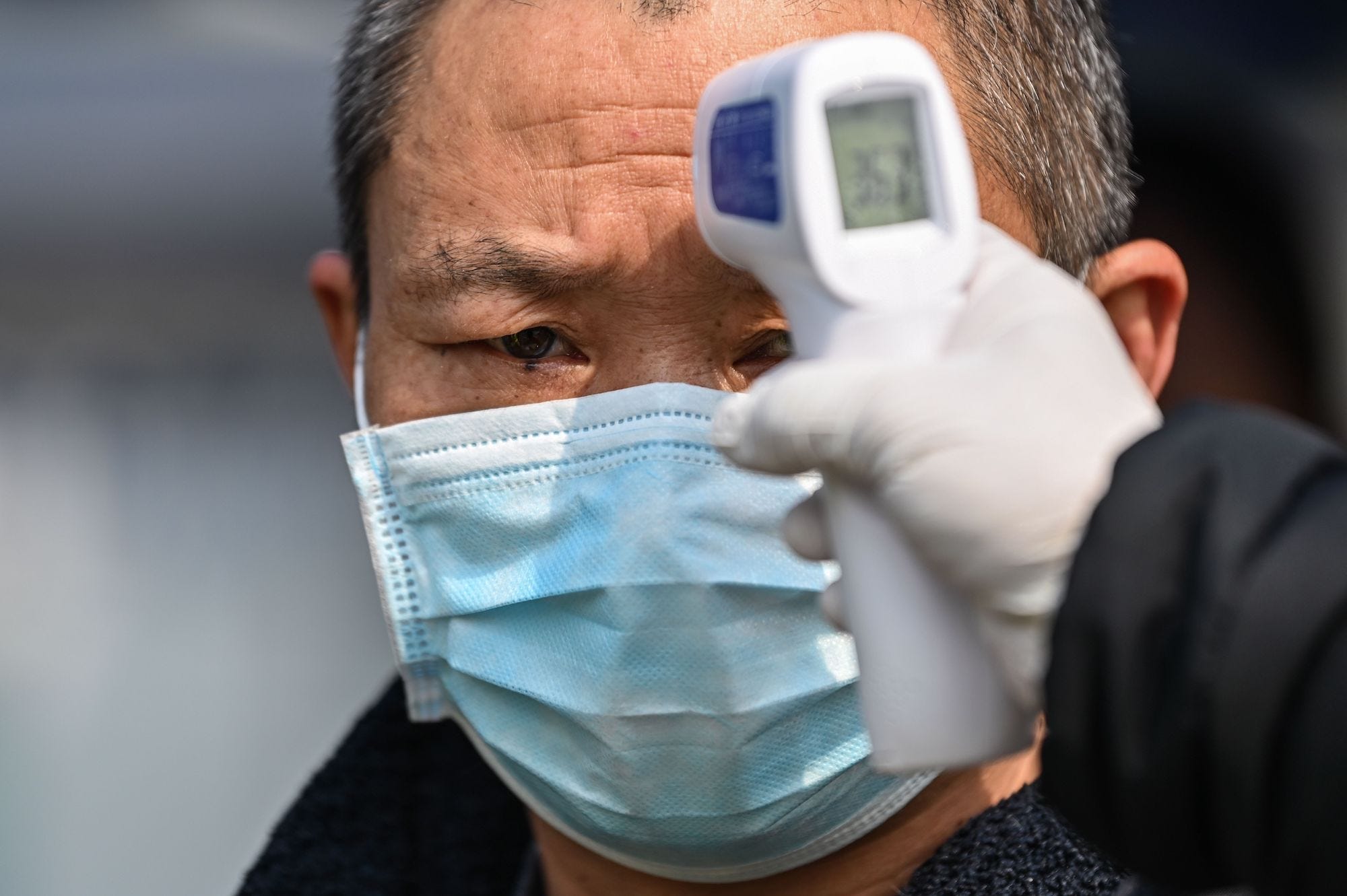 HECTOR RETAMAL/AFP via Getty ImagesA man getting his temperature checked as he leaves the Hankou railway station in Wuhan.

The identity of “patient zero” hasn’t been confirmed, but it may have been a 55-year-old man from China’s Hubei province who was infected on November 17, the South China Morning Post reported in March, citing government documents it reviewed.

Carlson told Live Science that the Wuhan wet market may simply have been the site of an early superspreader event, an instance in which one sick person infects an atypically large number of other people.

Other superspreader events around the world have created clusters of infections that cropped up almost overnight. In Daegu, South Korea, for example, one churchgoer infected at least 43 other people. 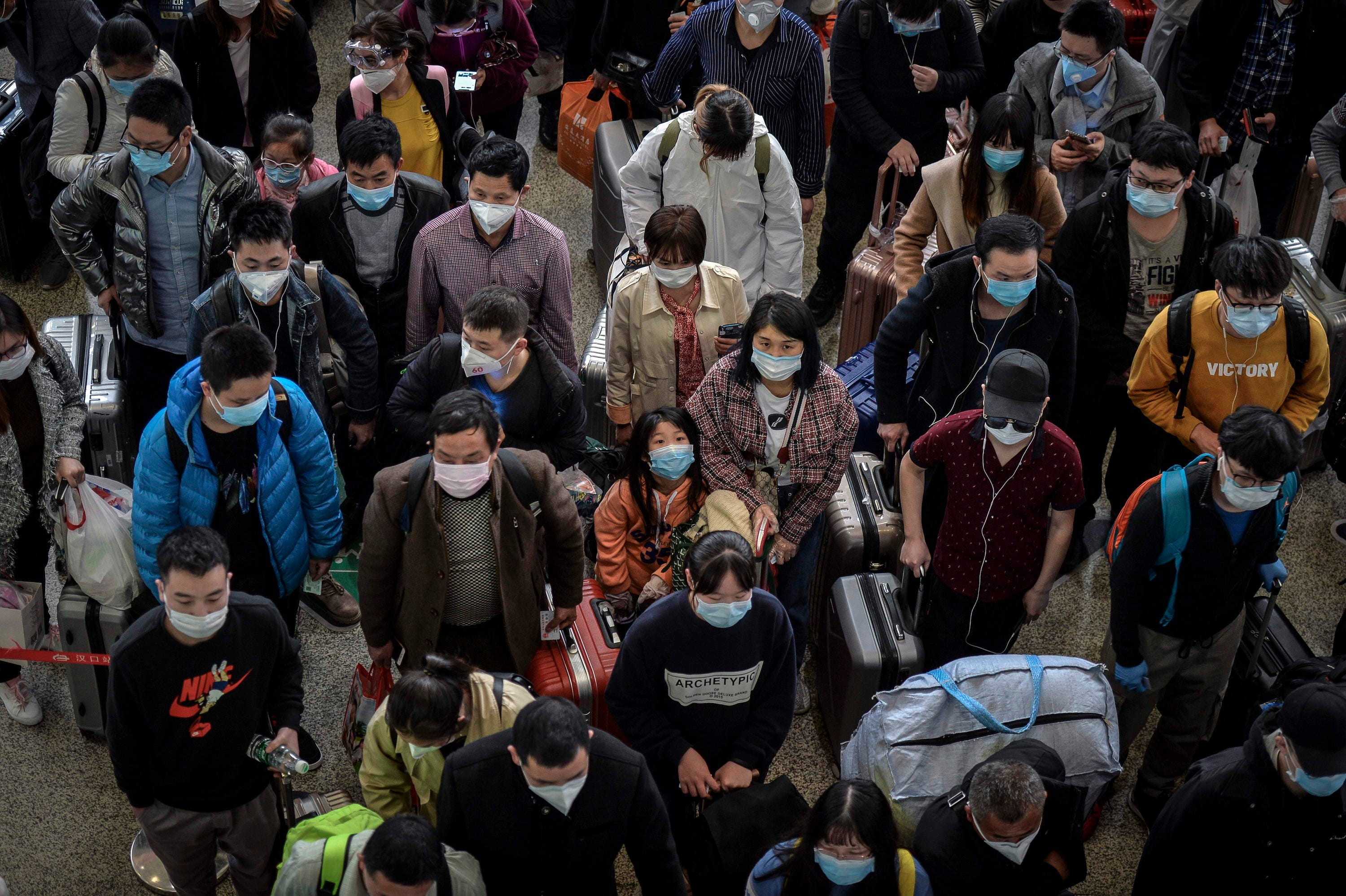 Feature China/Barcroft Media via Getty ImagesPassengers wait to pass the boarding gates at the Hankou station on April 8.

These instances don’t necessarily involve a person who is more contagious than others or who sheds more viral particles. Rather, the infected person has access to a greater number of people in spaces that facilitate infection. A market where shoppers interact with one another and vendors in close quarters is one such risky place.

The coronavirus also probably did not leak from a lab

Lingering questions about the pandemic’s origin have given rise to a range of unsubstantiated theories. One suggests the coronavirus may have accidentally leaked from a local laboratory, the Wuhan Institute of Virology, where scientists were researching coronaviruses. 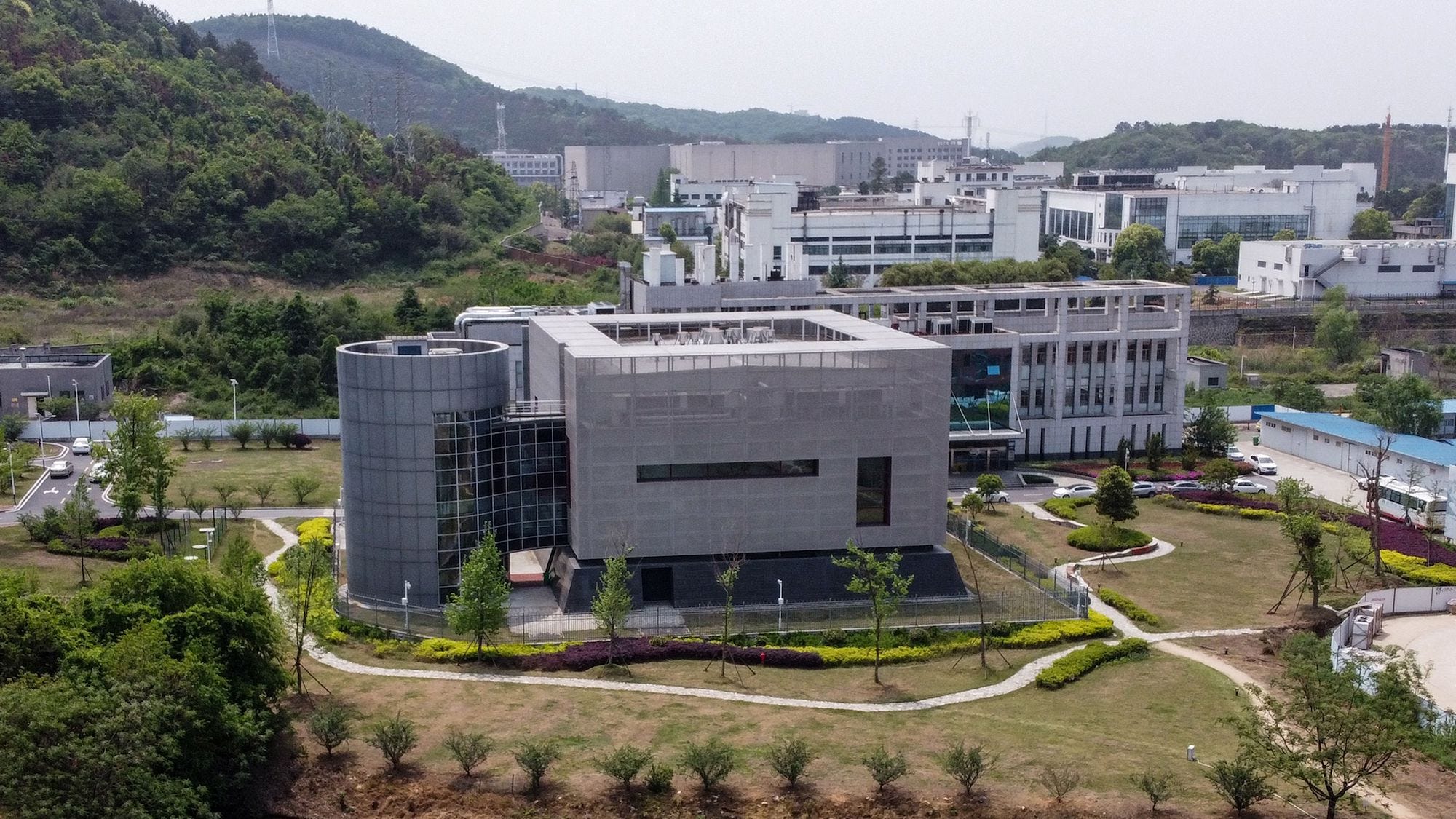 But both Chinese and US researchers have said there’s no evidence to support that theory. The high-security lab has said it has no record of the novel coronavirus’ genome, and it follows strict safety measures.

The director of the institute, Wang Yanyi, told China Central Television over the weekend that the new coronavirus was genetically different from any kind of live virus that has been studied at the institute, according to The Journal.

Shi Zhengli, a virologist at the institute who collects, samples, and studies coronaviruses in Chinese bats, told Scientific American in March that she cross-referenced the new coronavirus’ genome with the genetic information of other bat coronaviruses her team had collected and didn’t find a match.

“That really took a load off my mind,” Shi said. “I had not slept a wink for days.”