One chart shows Wuhan's coronavirus deaths by age and sex. The most deaths were among men in their 60s. 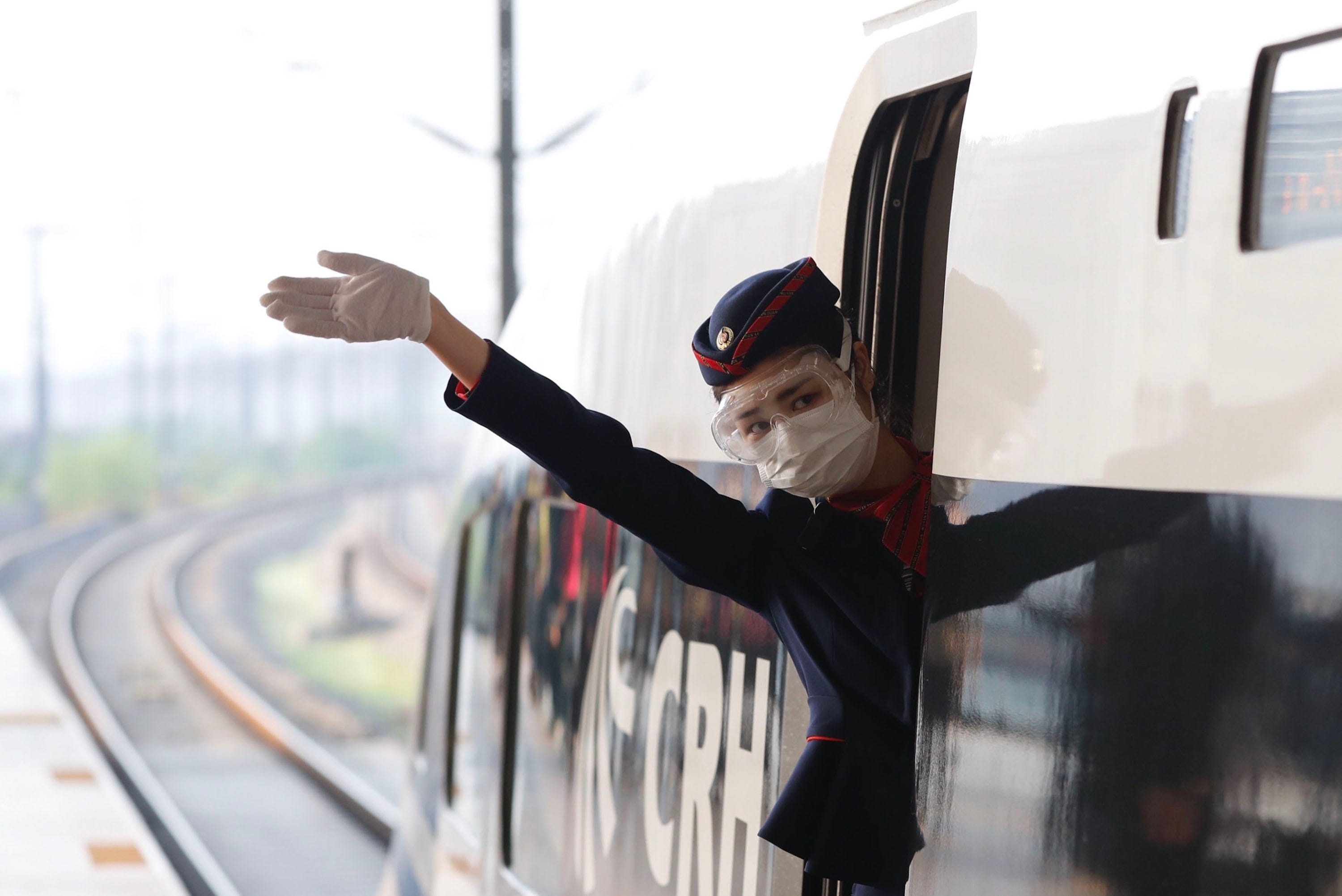 Xinhua/Shen Bohan via Getty ImagesA stewardess waves to passengers on a train before departure in Wuhan on April 8, 2020.

Nearly 100 days after Wuhan, China, was identified as the centre of the coronavirus pandemic, the city appears to have contained its outbreak. The latest Chinese figures, reported Tuesday, indicate that there have been only three new coronavirus cases in Wuhan in the past three weeks.

Wuhan lifted its 76-day lockdown on Thursday by resuming all transportation into and out of the city. In the last few weeks, stores and shopping malls have reopened, subways and buses have begun to operate again, and some healthy residents have returned to work.

Researchers have also begun to publish findings about the patients most severely affected by the virus.

A new study of deceased coronavirus patients from 21 hospitals in Wuhan found that most people who died were older men.

Out of 168 patients who died in late January, three-fourths were men and 96% were older than 50. Among both men and women, the age group with the most deaths was those between 61 and 70.

Here’s a breakdown from the study of deaths in Wuhan by age and sex: 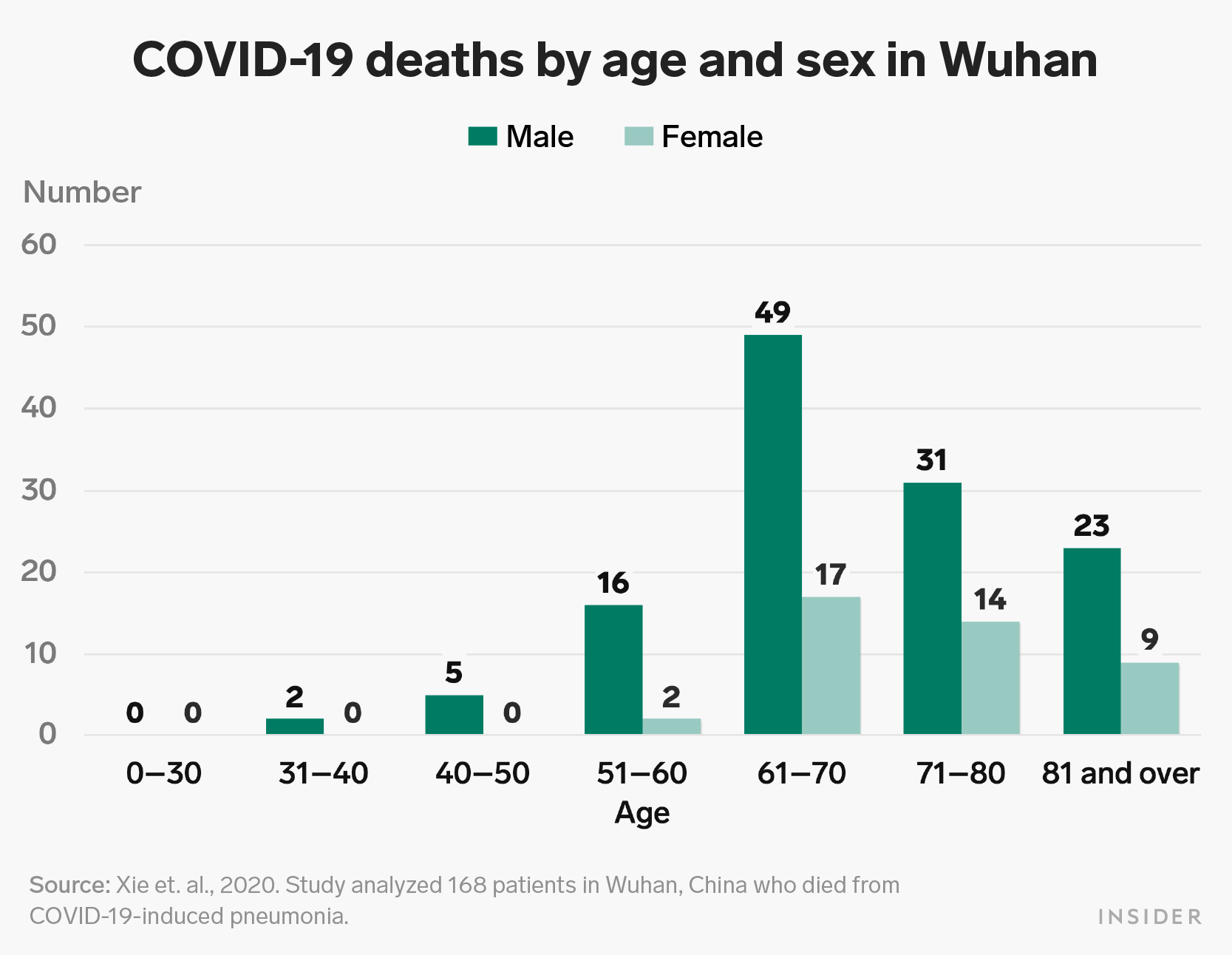 Only seven men under age 50 in the study group died, and no women in that age bracket died.

The findings are consistent with those of previous studies in China.

A study of 109 patients who died across three hospitals in Wuhan found that more than three-quarters of them were above 65 years old and around 68% were men.

Another study from researchers at New York University also found that hypertension was the most common comorbidity among coronavirus patients in Wenzhou. Only five patients in that study developed acute respiratory distress syndrome, a life-threatening lung injury that might require a patient to be intubated. All of them were men.

“Women can certainly develop acute respiratory distress syndrome, but there’s a predilection towards men developing a severe outcome,” Megan Coffee, an infectious-disease clinician and lead author of that study, told Business Insider. “We’re seeing that men and hypertensive people are more likely to develop this.”

At the same time, she said, there are many people who fall into high-risk categories who won’t become severely ill.