As the coronavirus spreads, one study predicts that even the best-case scenario is 15 million dead and a $2.4 trillion hit to global GDP 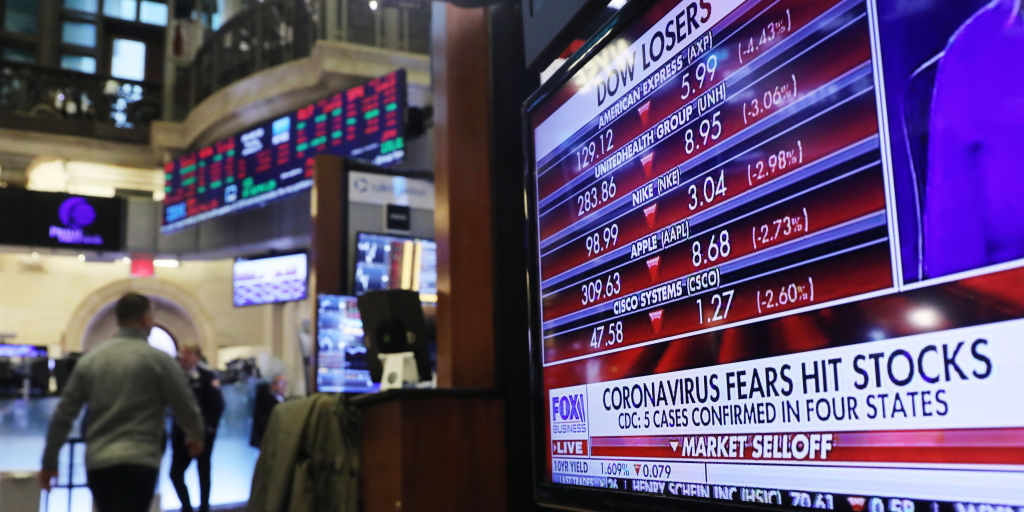 Spencer Platt/Getty ImagesTraders on the floor of the New York Stock Exchange on January 27 in New York City.

As coronavirus cases continue to rise around the world, a group of Australian experts predict that the economic impact of the disease in the best-case scenario may total $US2.4 trillion in lost global gross domestic product.

The coronavirus outbreak that originated in Wuhan, China, has killed nearly 3,300 people and infected more than 95,000. The virus, which causes a disease known as COVID-19, has spread to at least 81 countries.

More than 150 cases have been reported in the US, including 11 deaths across two states. The World Health Organisation has declared the outbreak an international public-health emergency and warned that the window of opportunity to contain it is narrowing.

On Tuesday, the WHO noted that the global death rate for the novel coronavirus based on the latest figures was 3.4% – higher than earlier figures of about 2%. The WHO’s director-general, Tedros Adhanom Ghebreyesus, said the new coronavirus was “a unique virus with unique characteristics.”

While much is still unknown about the virus, the group of Australian experts has produced a warning about the impact the virus might have on people’s lives if left unchecked.

Australian researchers estimate the economic impact of the virus 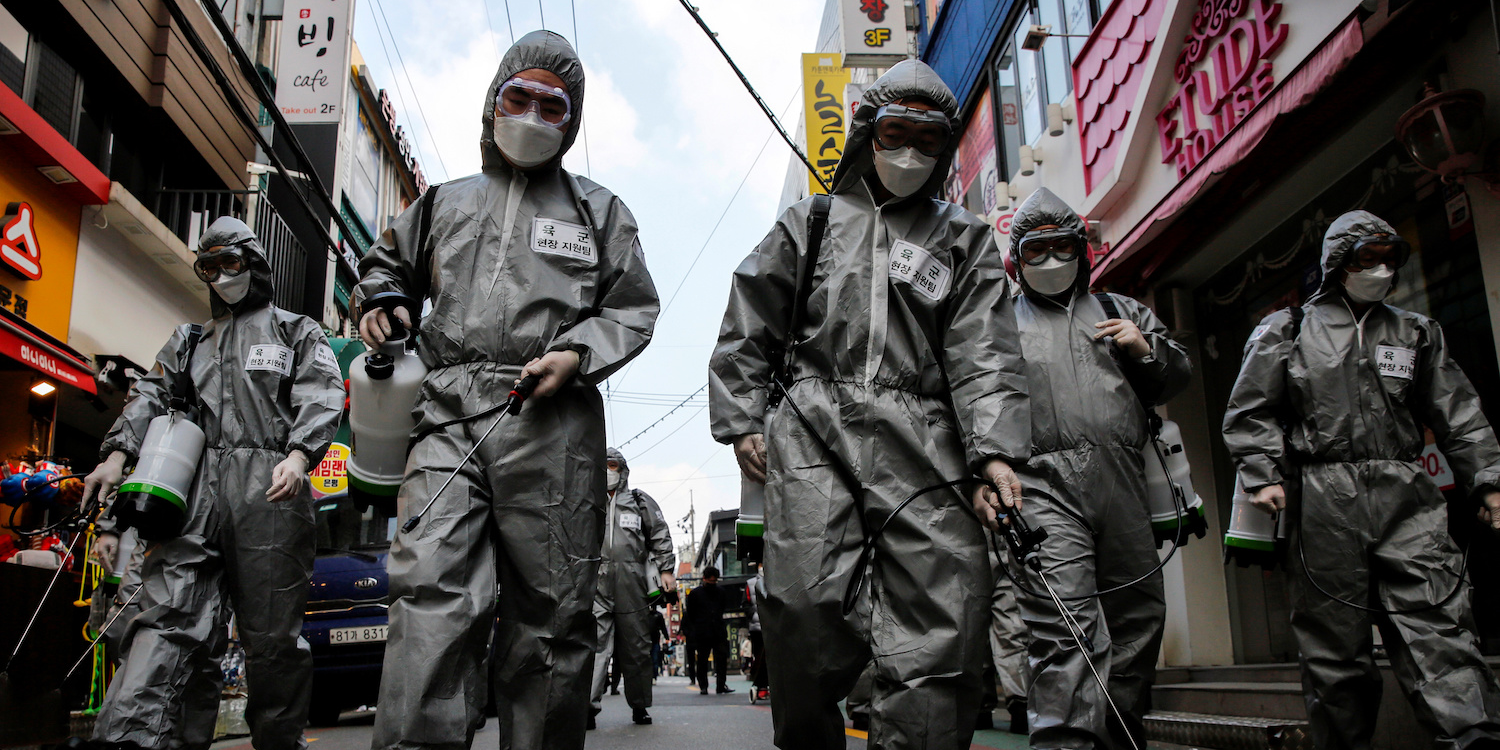 New modelling from The Australian National University looks at seven scenarios of how the COVID-19 outbreak might affect the world’s wealth, ranging from low severity to high severity.

Four of the seven scenarios in the paper examine the impact of COVID-19 spreading outside China, ranging from low to high severity. A seventh scenario examines a global impact in which a mild pandemic occurs each year indefinitely.

But even in the low-severity model – or best-case scenario of the seven, which the paper acknowledged were not definitive – ANU researchers estimate a global GDP loss of $US2.4 trillion, with an estimated death toll of 15 million. They modelled their estimates on the Hong Kong flu pandemic, an outbreak in 1968-1969 that is estimated to have killed about 1 million people.

In the high-severity model – modelled after the Spanish flu pandemic, which killed an estimated 17 million to 50 million globally from 1918 to 1920 – the global GDP loss could be as high as $US9 trillion. In that model, the death toll is estimated to surpass 68 million.

“Our scenarios show that even a contained outbreak could significantly impact the global economy in the short run,” said Warwick McKibbin, a professor of economics at ANU who was one of the paper’s authors.

“Even in the best-case scenario of a low-severity impact, the economic fallout is going to be enormous and countries need to work together to limit the potential damage as much as possible,” he added.

The research aims to help policymakers respond to the economic impact of COVID-19 as the disease continues to spread.

“There needs to be vastly more investment in public health and development, especially in the poorest countries,” McKibbin said. “It is too late to attempt to close borders once the disease has taken hold in many other countries and a global pandemic has started.”

The death toll is still evolving 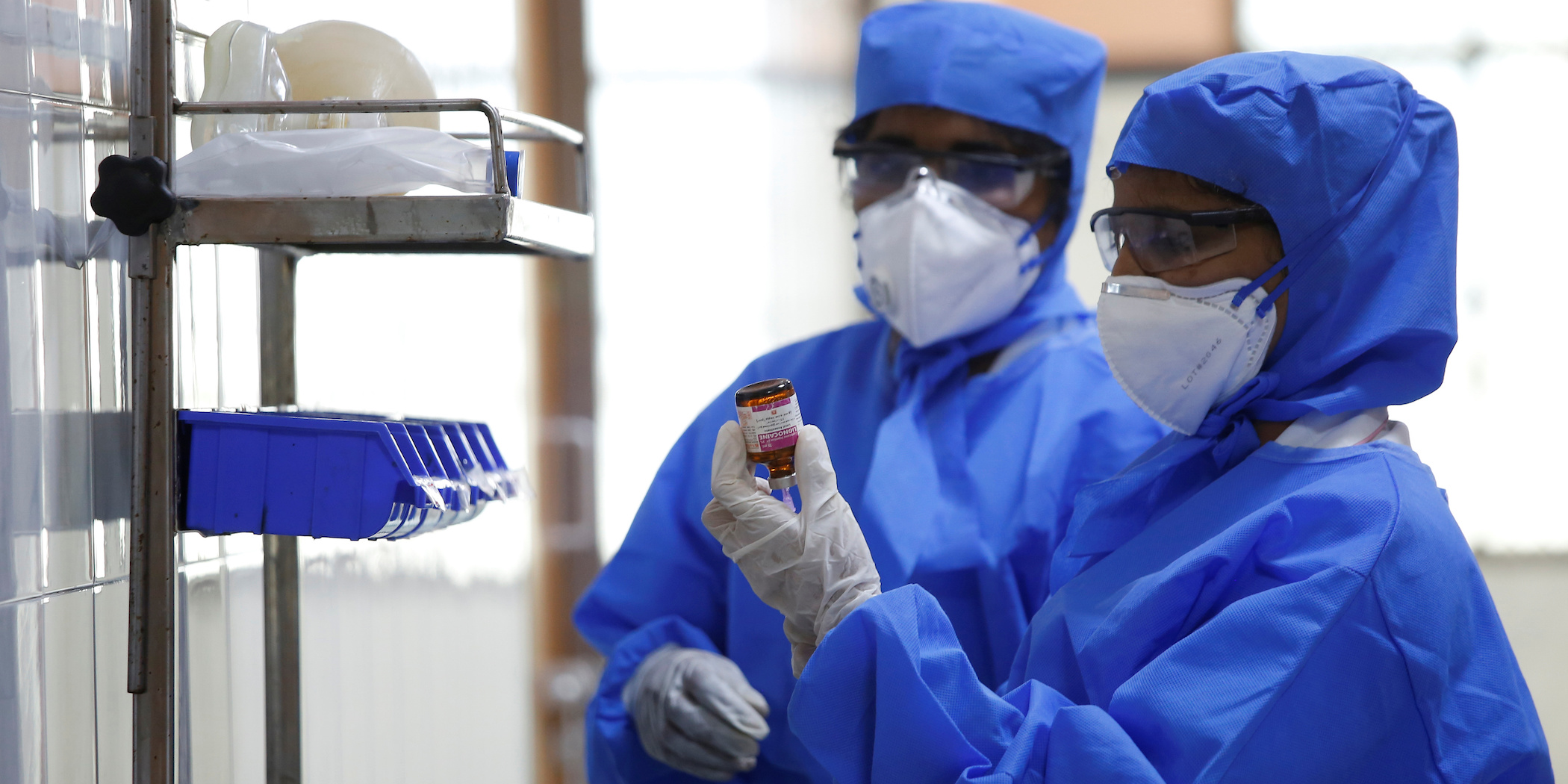 P. Ravikumar/ReutersMedical workers at a hospital in Chennai, India, on January 29 inside a ward specializing in receiving people who may have been infected with the novel coronavirus.

A patient’s risk of dying from COVID-19 varies based on several factors, including where they are treated, their age, and any preexisting health conditions.

A study conducted last month from the Chinese Centre for Disease Control and Prevention showed that the virus most seriously affected older people with preexisting health problems. The data suggests a person’s chances of dying from the disease increase with age.

Notably, the research showed that patients ages 10 to 19 had the same chance of dying from COVID-19 as patients in their 20s and 30s, but the disease appeared to be much more fatal in people ages 50 and over.

About 80% of COVID-19 cases are mild, the research showed, and experts think many mild cases haven’t been reported because some people aren’t going to the doctor or hospitals for treatment.