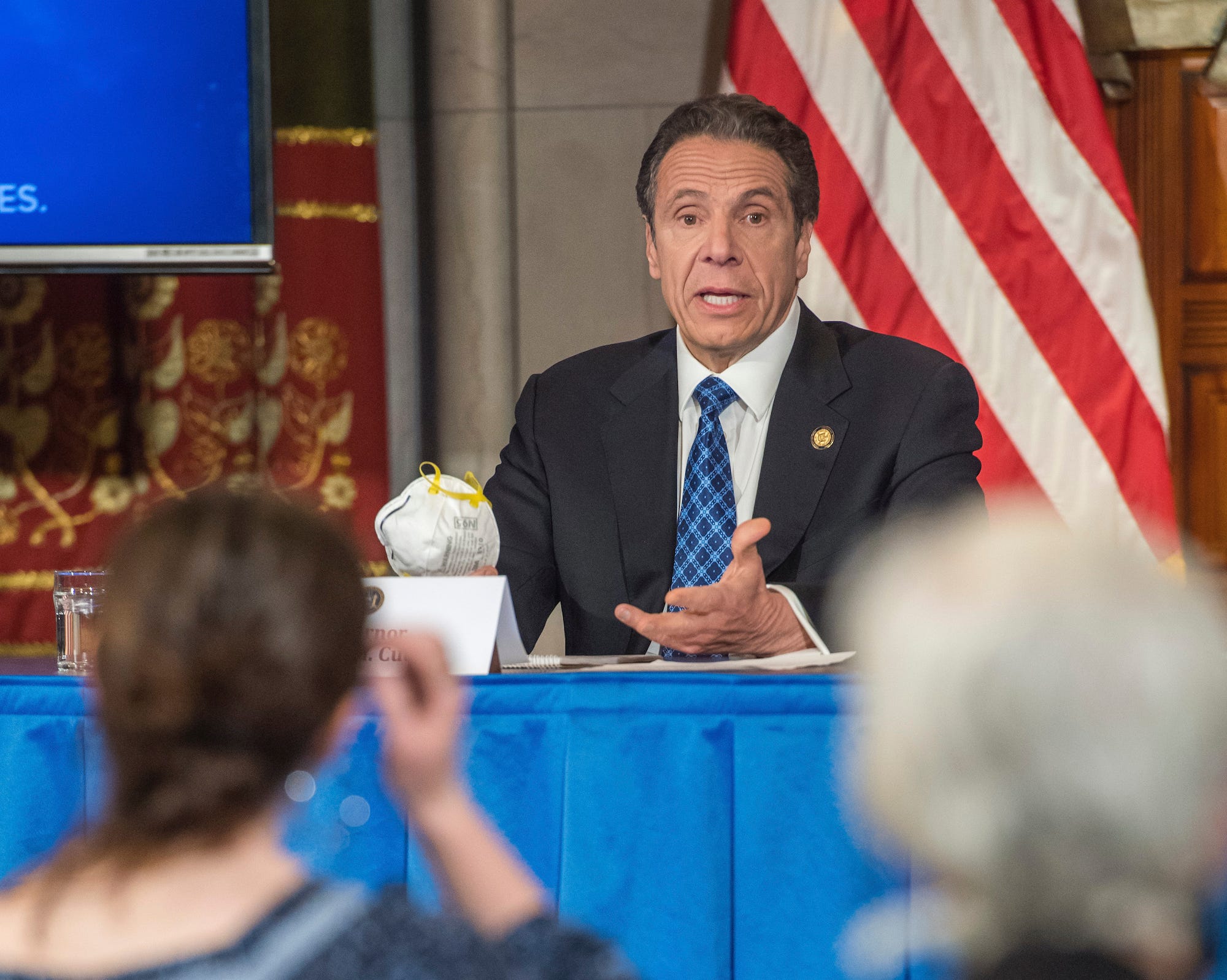 New York Gov. Andrew Cuomo said he’s ordering the Metropolitan Transportation Authority, which operates trains, buses, and other public transit in New York City, to clean and disinfect the trains every night in order to reduce the spread of the coronavirus.

“I want a full plan: How do we disinfect every train every night?” Cuomo said from Albany on Wednesday. “Any essential worker who shows up and gets on a train should know that that train was disinfected the night before.”

When asked by a reporter, Cuomo clarified that he didn’t specifically mean on a “24-hour basis.”

“I said when people get into the train in the morning, they had to know that that train was disinfected the night before,” Cuomo said. “I told the MTA, give me a plan whereby you will clean and disinfect every train every night.”

Here are the key takeaways from Cuomo’s Wednesday press conference: