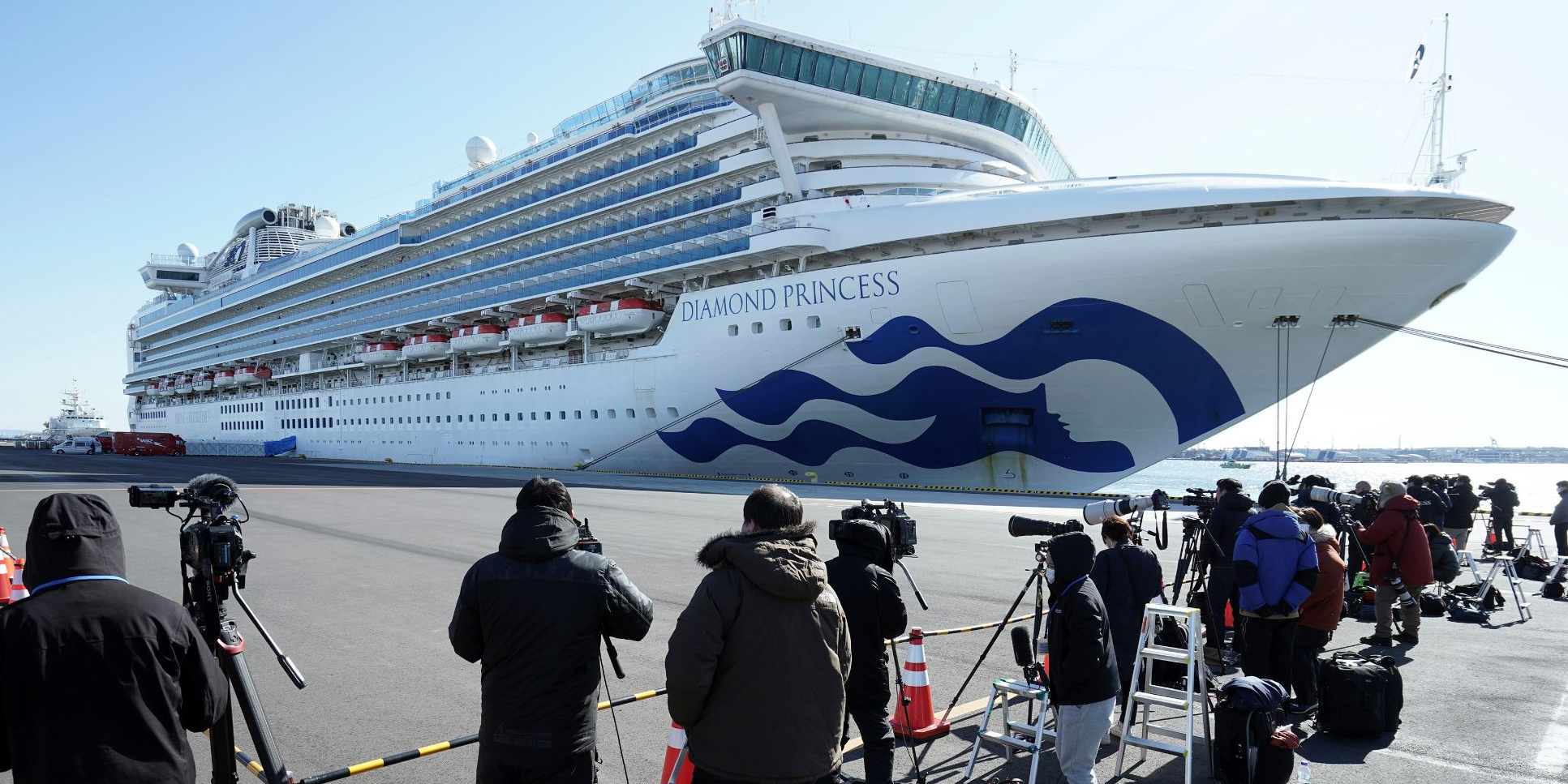 Eugene Hoshiko, File via APThe cruise ship Diamond Princess is anchored off the Yokohama Port in Yokohama, near Tokyo.

The United States State Department has sponsored two planes to bring back Americans who have been stuck aboard the Diamond Princess cruise ship in Japan following a 14-day quarantine for the coronavirus, according to a report from The Wall Street Journal.

The luxury cruise ship had been slated to dock on February 4 but plans changed when 10 passengers tested positive for the virus. At least 285 cases of the coronavirus, which originated in the Chinese city of Wuhan in the Hubei province, have since been diagnosed on the ship. The ship’s outbreak is among the largest cases outside of China.

The Japanese government even provided iPhones to each cabin on the Diamond Princess – docked in the city of Yokohama – so quarantined passengers could use an app to request medication and talk to doctors.

The American extraction effort is expected to occur as early as Sunday, the report said. Nearly 67,000 people have been infected globally, but nearly all of those cases have been in China.

In total, the ship is carrying around 3,500 passengers, including about 380 Americans and their families, the WSJ reported. On Thursday, the Japanese Health Ministry announced it would allow some elderly passengers without signs of the virus off of the ship before the rest of the passengers.

The American passengers will likely travel to Travis Air Force Base in Fairfield, California, just outside of Sacramento, Henry Walke, the director of the CDC’s Division of Preparedness and Emerging Infections, told the WSJ.

Some passengers will then face a two-week quarantine at the base, Wilke told the WSJ, though according to an email received by passengers, there are conflicting reports that passengers could face the 14-day quarantine at the Lackland Air Force Base in San Antonio, California, where about 230 Americans who recently travelled to Wuhan, China are already being quarantined.

The incoming US citizens from the Diamond Princess will be housed separately from the previous group of quarantined, Walke told the WSJ. There are about 600 total people on Military bases throughout the US under quarantine over fears of the virus.

US citizens aboard the ship who had previously tested positive for the virus, but have since tested negative following treatment at hospitals, may also be allowed to return on the State Department-sponsored flights. If Americans currently test positive for the virus, or exhibit symptoms like a fever or cough, they will not be allowed on the flight and will remain in Japan for medical treatment.

Busses will reportedly take the passengers from the ship to the airport Sunday evening local time, according to the report.

It is believed the virus first appeared on the ship when a passenger exited the ship and Hong Kong, though as the WSJ noted, it’s unclear how the virus spread to so many people on board the vessel.

The State Department did not return a Business Insider request for comment.

The US military has set up 15 coronavirus quarantine camps on its bases, and 600 citizens are still isolated there

China’s unprecedented quarantine of 11 million people in Wuhan is 3 weeks old. Here’s what it’s like in the isolated city.

We may be 1.5 years away from a coronavirus vaccine, the World Health Organisation said. Here’s why it might take so long to develop.