'I'm married to an Asian': Kellyanne Conway responds to criticism of a White House official reportedly calling the coronavirus the 'Kung-flu' 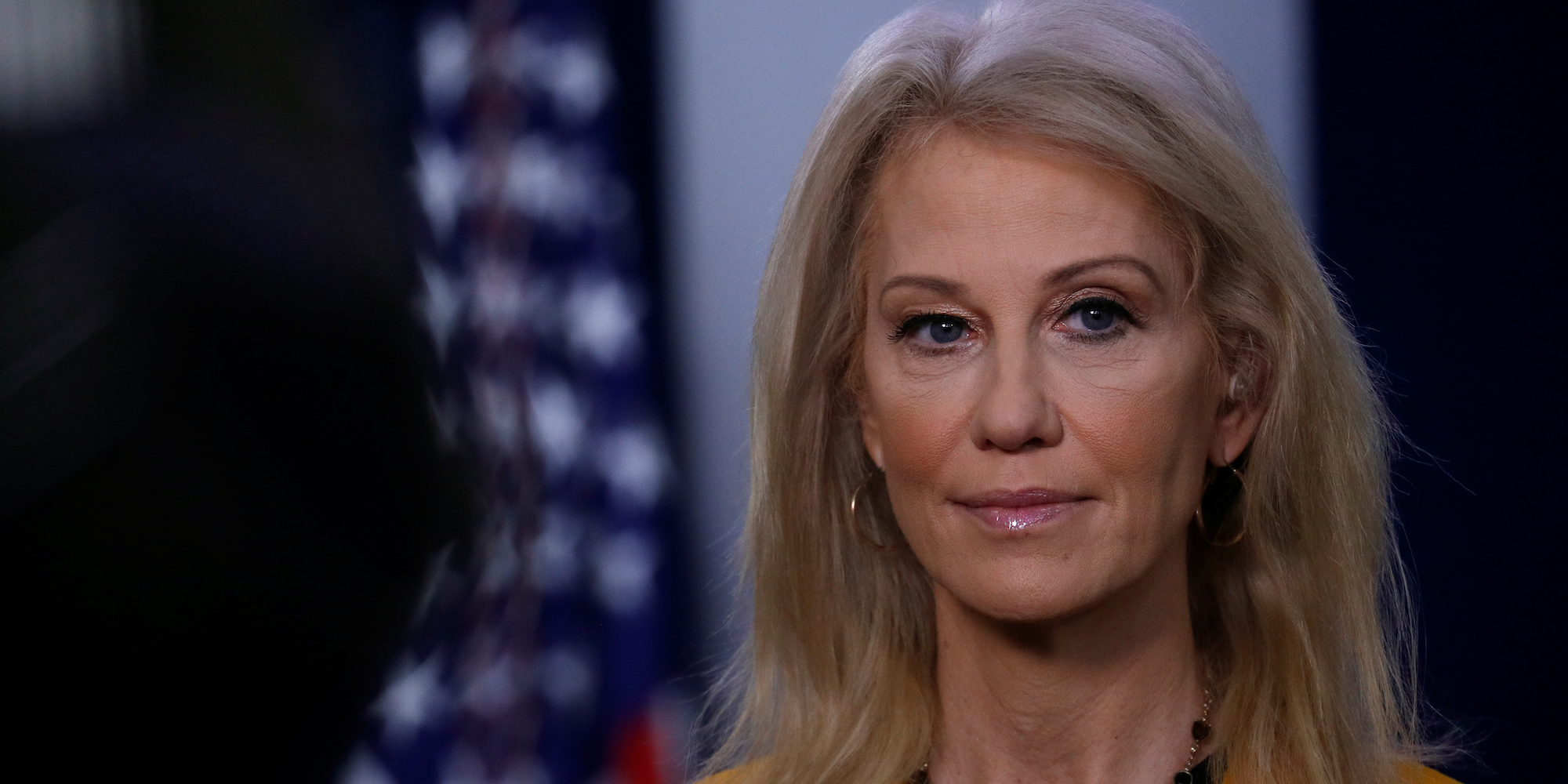 Kellyanne Conway, a top White House advisor and counselor to the president, responded to criticism over the White House’s conflating the novel coronavirus with China by saying “I’m married to an Asian” when speaking to reporters on Wednesday.

Conway made the remark in response to reporters questioning President Donald Trump’s use of the term “China virus” to refer to the coronavirus, and an unidentified White House official reportedly calling the virus “the Kung-flu” in front of CBS News correspondent Weija Jiang, who is Asian-American.

When PBS NewsHour correspondent Yamiche Alcindor pressed Conway to denounce the reported “Klung-flu” remark, Conway responded, “That’s been alleged….I’m not dealing in hypotheticals here, of course it’s wrong, but you can’t just make an accusation and not tell us who it is” before pressing Jiang herself to reveal the staffer’s identity.

“You understand how these conversations go,” Jiang said.

Conway’s husband, attorney and vocal Trump critic George Conway, is of Filipino descent on his mother’s side. He declined to comment on his wife’s remarks in response to a Twitter direct message from Insider.

In her remarks to reporters, Kellyanne Conway said Trump is justified in calling the coronavirus “the China virus” or “Chinese virus” because it was first identified in the city of Wuhan, China.

.⁦@KellyannePolls⁩ says the president is referring to where the virus started when he refers to the #coronavirus as the “Chinese virus.” (Critics consider the description racist.) pic.twitter.com/0vqNXyB3SC

Other top Republican officials have also maintained that calling it the “China virus” or “Wuhan virus” is necessary to lay the blame for the current situation on the actions of the Chinese Communist Party, the ruling party in China, for its inadequate response to the virus and attempts to silence whistleblowers who first sounded the alarm.

But critics say that instead of holding the Chinese government accountable, conflating a virus with an entire country and nationality unfairly stigmatizes and ultimately fuels xenophobia against people of Asian and Chinese descent, who are not responsible for the virus’ outbreak or the Chinese government’s response to it.

The White House requests another $US45.8 billion in emergency coronavirus funding