'We are in a crisis here': The Yale professor who said US coronavirus cases were set to 'explode' in the coming days warns that America is way behind on testing 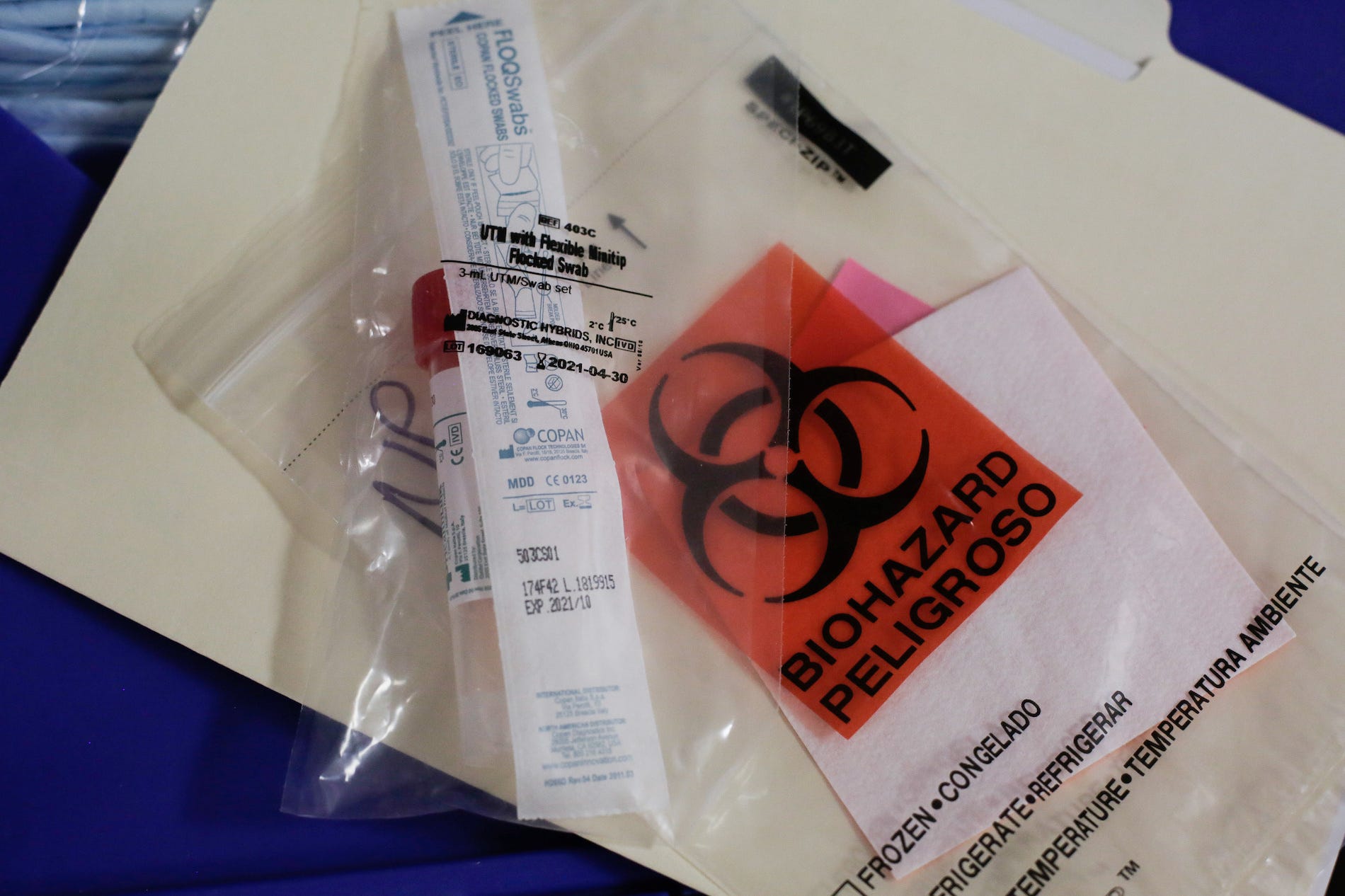 David Ryder/ReutersA swab for testing for the novel coronavirus.

The number of documented coronavirus cases in the US was at more than 100 on Tuesday, but according to the Yale professor Howard Forman, a practicing radiologist and expert in healthcare management, the United States is way behind on testing people.

Broad-scale testing is a crucial step in properly containing and mitigating the spread of COVID-19, the disease caused by the coronavirus, Forman said. But so far, the US hasn’t been able to test enough people who meet the Centres for Disease Control and Prevention’s criteria.

“It is well within the realm of possibility that there are 100,000 people infected with this right now in the United States,” Forman said. “Healthcare providers may be being exposed, other patients may be being exposed, and until you can give confidence to people about those answers, we are in a crisis here.”

Forman said coronavirus testing needed to happen on a bigger scale than flu testing – and so far, that’s not happening. As more cases go undetected, the spread of the disease becomes more likely, Forman said.

“It wouldn’t surprise me if we were to learn that most major hospitals have coronavirus patients in them right now,” he said.

Forman said in a tweet on Sunday that the number of confirmed cases in the US would “explode” in the coming days as existing cases are documented.

The CDC hopes “to have every state and local health department online doing their own testing by the end of next week,” Nancy Messonnier, the director of the National Centre for Immunization and Respiratory Diseases, said.

But because of flawed tests, inadequate funding, and limited testing capacity, widespread testing hasn’t been possible.

Forman said the level of testing and containment achieved in China, which has seen its number of new cases decrease, would be difficult to reproduce in the US because the American population is much more mobile.

“Other countries are testing much more broadly than we are,” William Schaffner, an infectious disease specialist at the Vanderbilt University School of Medicine told Business Insider. “We are trotting along while they’re racing along.”

South Korea, which reported its first coronavirus case the same day as the US, has tested thousands of people in the past few days, while the US has tested fewer than 500.

“Until someone can tell me what real testing is happening here, we aren’t going to have optimism here,” Forman said.

But panicking won’t help. Instead, Forman said the best course of action is to wash your hands, not touch your face, and avoid sick people.

Testing is expected to ramp up in the next few weeks as CDC labs, private labs, and academic hospitals prepare to conduct 10,000 to 100,000 tests a day, Forman said.