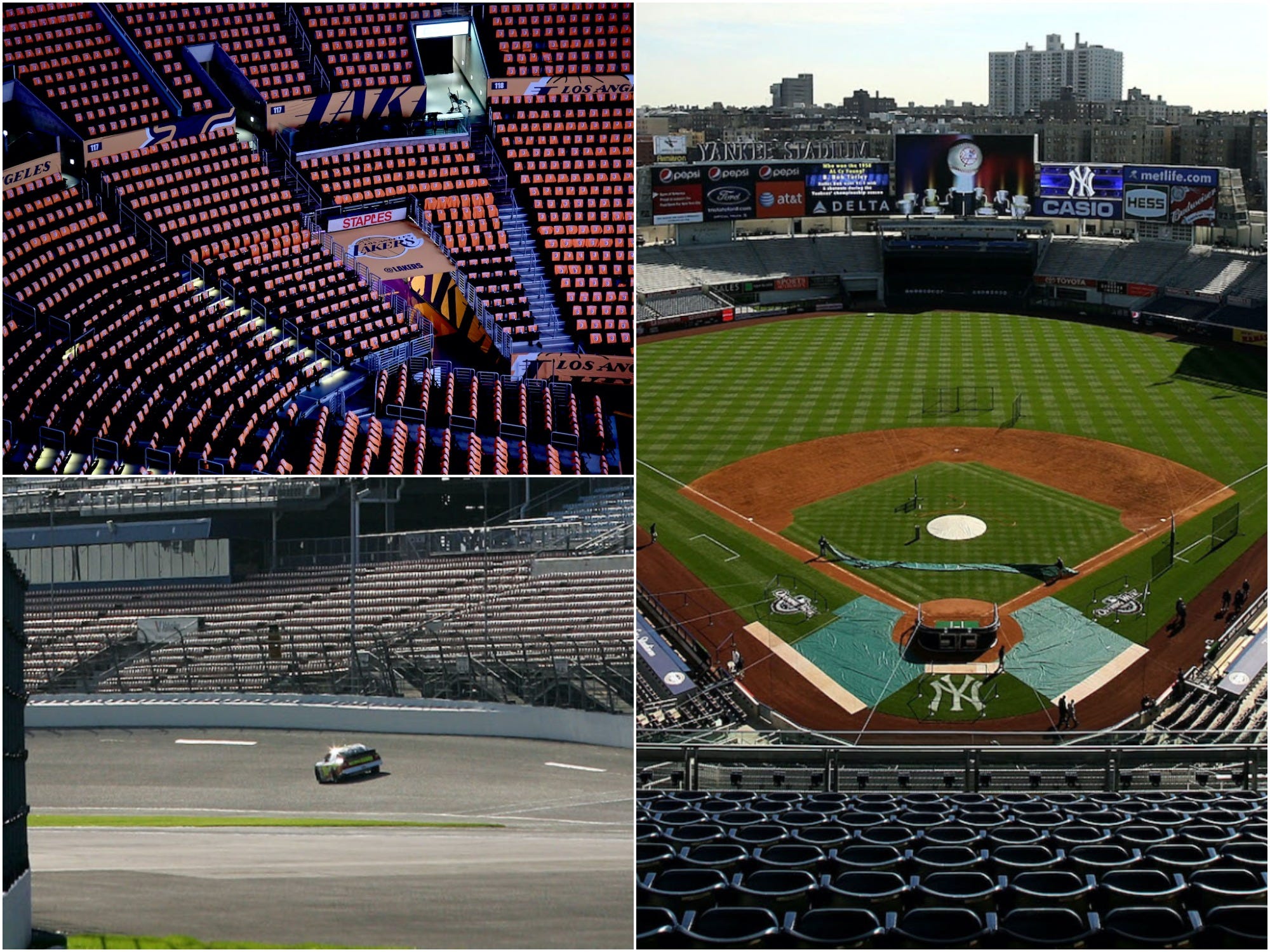 Photos by Harry How/Jamie Squire/Ezra Shaw/Getty ImagesWith no action going on, sports teams are going to lose a lot of money.

The coronavirus pandemic which has shut down major leagues and organisations around the world, could cost American sports more than $US5 billion if sports are stopped for two months, Forbes reported.

The NBA, MLB, NHL, and NCAA postponed their seasons last week and might not restart for at least two months. Should health issues keep sports on a longer hiatus, then the costs will only escalate.

Lost ticket sales, sponsorships, and TV-rights fees were cited by Forbes as three reasons for the revenue losses, with baseball – which was due to start its season in the coming weeks – expected to lose out on $US2 billion.

Which sports will fare worst from a two-month postponement period:

These calculations assumes that the basketball and hockey seasons will be up and running again by June, Forbes said.

With operations restored, there could be a spike in popularity from a sports-starved audience, but should the pandemic cause lengthier delays to the American sports calendar, then the NBA and NHL could expect to miss out on $US10 billion in lost revenue.

One way to ensure losses are mitigated is by ensuring that, regardless of whether the bulk of a season is lost, sports leagues should strive to preserve and promote its post-seasons as play-offs are the most lucrative part.

“If those postseasons happen, the leagues will able to preserve most, if not all, of those rights fees.”

Khabib Nurmagomedov has been ‘affected’ by the coronavirus pandemic, and is training for his blockbuster fight with Tony Ferguson behind closed doors

The sports world is coming to a grinding halt because of coronavirus, and now the NBA, MLB, NHL, and NCAA are cancelling their seasons. Here’s the full list.

Arsenal’s head coach has tested positive for the coronavirus, and the club says a ‘significant number of people’ will be isolated