A coronavirus tracker says he is seeing a spike in case numbers tied to Memorial Day partying: 'I don't believe this is the time to reopen' 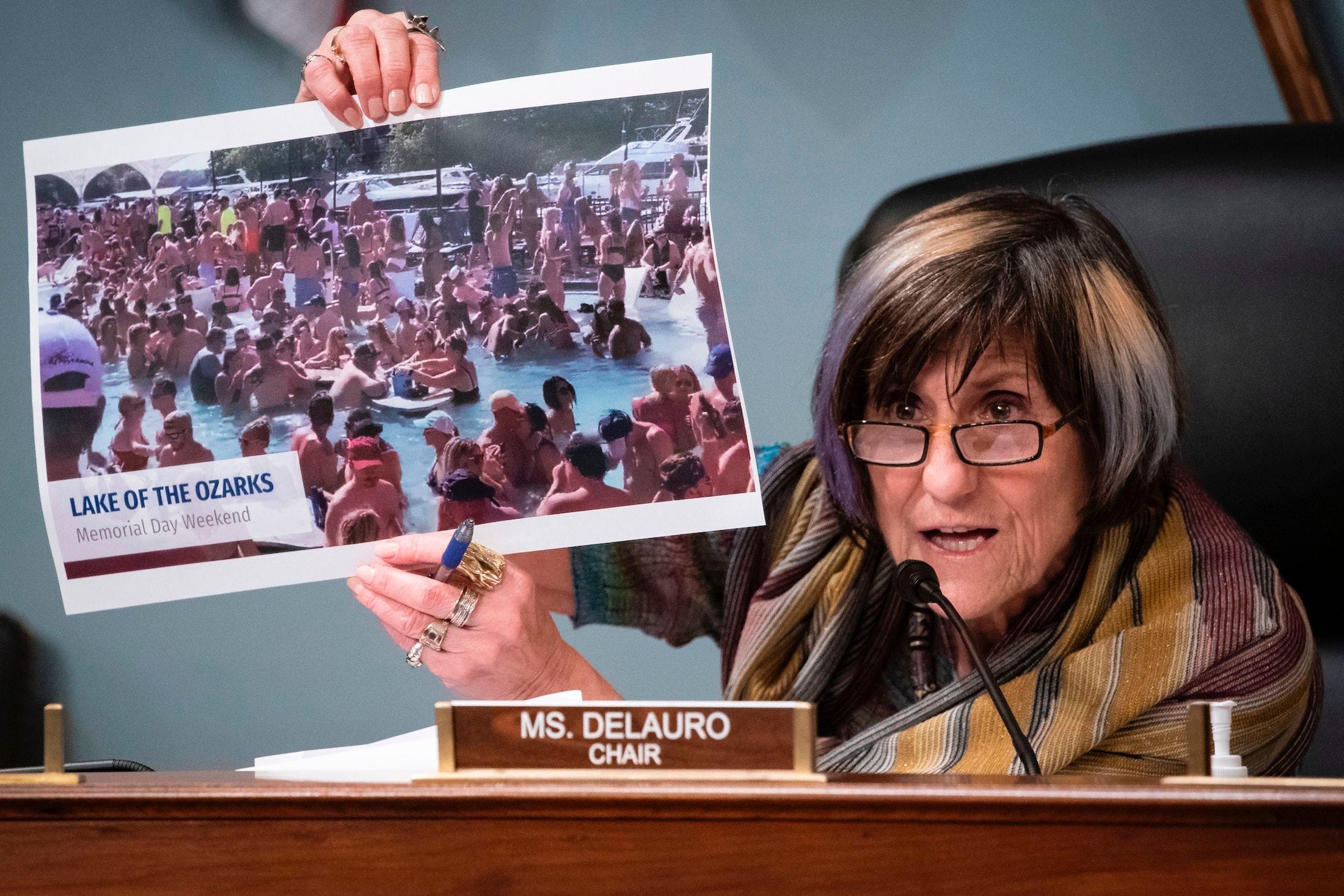 Al Drago/AFP via Getty ImagesRepresentative Rosa DeLauro, a Democrat from Connecticut and chairwoman of the House Appropriations Subcommittee on Labour, Health and Human Services, Education, and Related Agencies, holds a photograph from the Lake of the Ozarks in Missouri on Memorial Day Weekend, during a hearing on ‘COVID-19 Response’ in Washington, DC, on June 4, 2020.

John Henry knows America is not ready to reopen from the coronavirus pandemic.

“I don’t believe this is the time to reopen,” he said Thursday, on a call with reporters. “And I think doing so will likely lead to more cases.”

As a contact tracer with the Columbus Health Department, Henry is generally one of the first to receive news of a new outbreak, as he works to notify people who’ve been exposed to the virus, and urges them to self-isolate for two weeks to avoid infecting more people.

From where he stands in Ohio, things are not yet moving in the right direction to throw caution to the wind, as the number of newly diagnosed coronavirus cases in his state reaches new highs every day.

“When I first started doing COVID-19 contact tracing, I had about a dozen people to call each day,” Henry said, remembering back to late March. “That number is now up to an average of 15 people per day. But recently I had 32 individuals to call in a single day. And the average daily number continues to multiply, especially within communities of colour.”

Contact tracers are concerned about partying, not protests: ‘People are out fighting for their rights, their lives’ 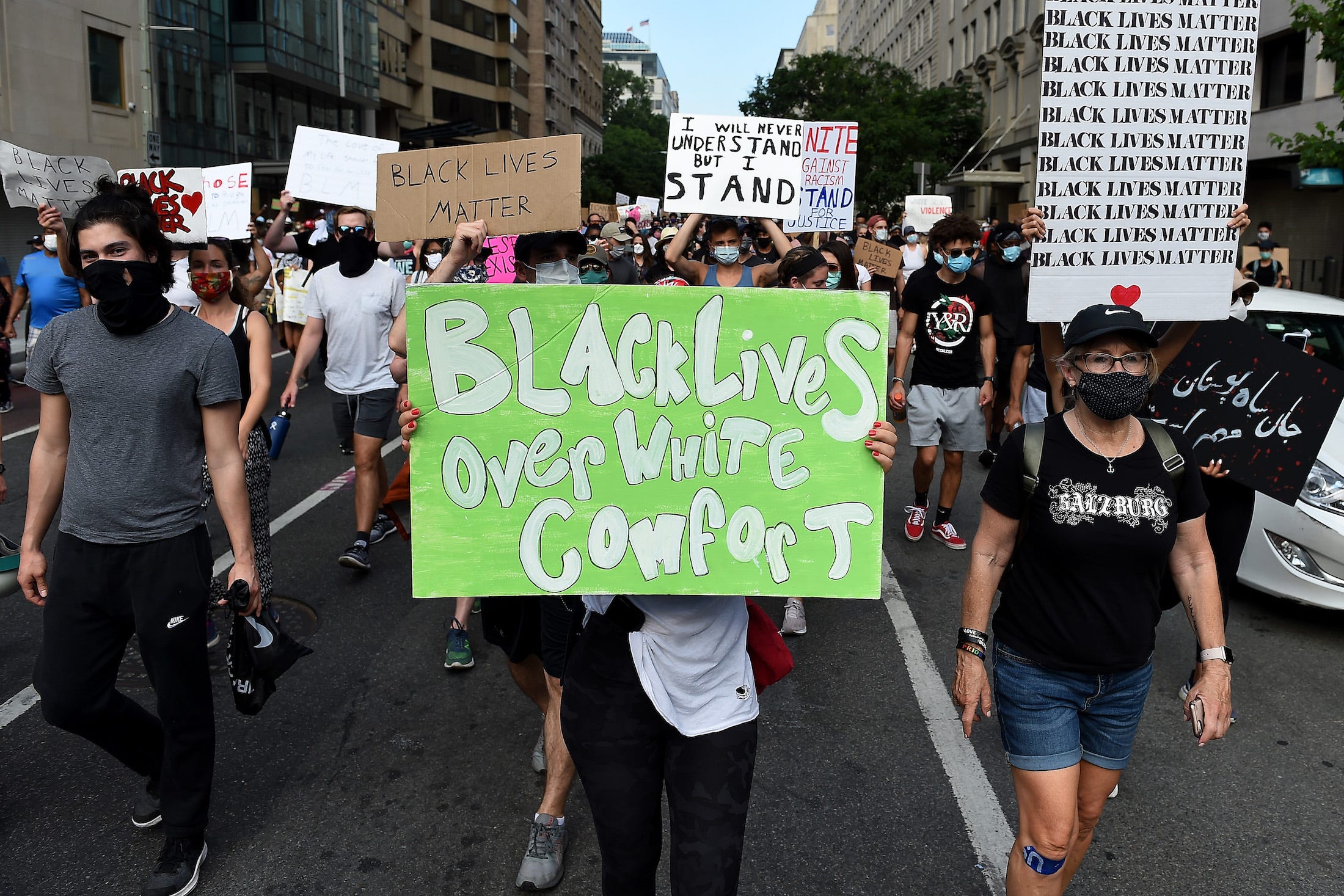 Olivier Douliery/AFP via Getty ImagesDemonstrators march near the White House on June 4, 2020, protesting the death of George Floyd. Floyd, a 46-year-old black man suspected of passing a counterfeit $US20 bill, died in Minneapolis after Derek Chauvin, a white police officer, pressed his knee to Floyd’s neck for almost nine minutes.

The current protests and the pandemic can hardly be seen as separate issues, though. Black people in the US are dying from COVID-19, the disease caused by the coronavirus, “at a rate nearly two times higher than their population share,” according to The Atlantic’s COVID Tracking Project.

“What we’re seeing with these protests is anger over entrenched racial inequalities that have been exposed and exacerbated by this pandemic,” Lee Saunders, president of the American Federation of State, County and Municipal Employees union, said on the call with Henry, echoing the support of over 1,200 other public health experts for the current protests.

Protesters, raising their voices for justice out in the open air, are not Saunders’ or Henry’s greatest coronavirus concern. 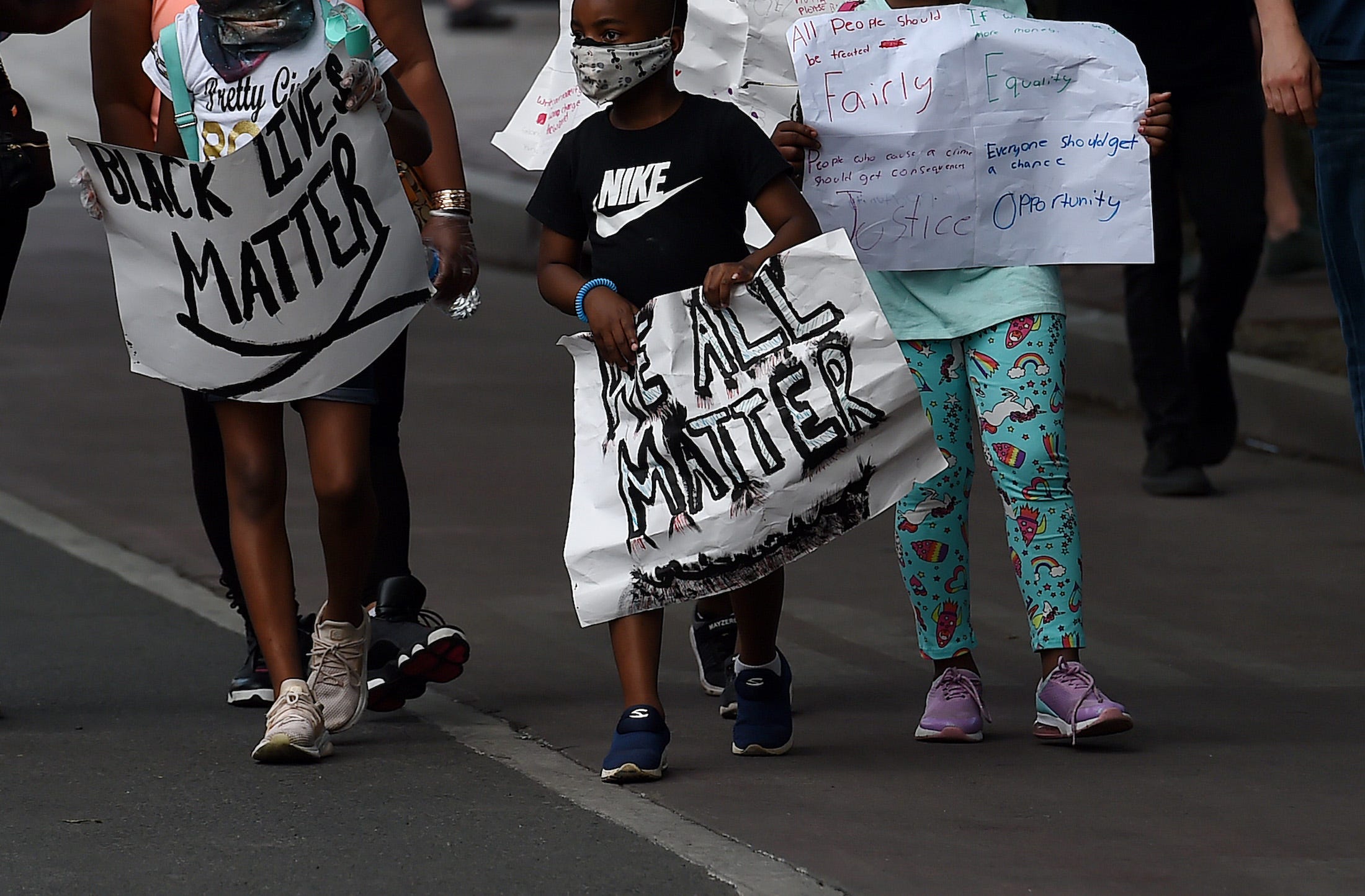 Olivier Douliery/AFP via Getty ImagesKids join demonstrators near the White House in Washington DC on June 4, 2020.

“Those people are out fighting for their rights, their lives,” Henry said.

He knows that “any time there’s gatherings of people, mass gatherings, such as these protests,” there is an opportunity for the respiratory virus to spread, but he said “there’s other things, in general, about the reopen that’s concerning.”

Americans are ‘starved’ for ‘togetherness,’ and partying more with friends and family

For one, he is worried about the messages that many elected officials are spreading to their constituents, that it’s high time to open businesses and gatherings of all kinds back up to crowds.

“My original concern actually came from the weekend before [the protests started], Memorial Day weekend, when multiple governors and other officials across the country were kind of saying, ‘go about your normal day and, you know, have barbecues with family and go out and be around other people.’ Maybe they weren’t saying that explicitly, but that was certainly the message that was received,” Henry said.

“We are seeing the results of that now. We have seen an increased number of contacts specifically tied to that three day weekend.”

Wholly unmasked crowds of Memorial Day weekend partygoers at the Lake of the Ozarks in Missouri have been told to self-isolate for two weeks. Some have already tested positive for the virus, meaning it’s possible hundreds more could’ve been exposed.

Hotel stay and restaurant reservation data suggests that others across the country are getting restless too, and beginning to venture out and mingle more than they have in recent months, a trend evidenced in photos of crowded boardwalks, busy beaches, and packed racetracks from California to South Carolina.

“Naturally, people gather on holidays and they like to spend time with people,” Henry said, noting he saw another coronavirus uptick on Mother’s Day weekend, even before his state’s restrictions had been relaxed. “I think everyone is really starved for that type of togetherness.”

It’s the kind of togetherness that easily breeds the coronavirus, especially when people spend lots of time together, indoors, snuggled in close proximity without masks or shields on.

Data Ticker – Covid 19 Global and US

In a sign of how many more coronavirus cases and deaths the nation could see in the coming months, Centres for Disease Control and Prevention Director Robert Redfield told lawmakers in Washington DC on Thursday that up to 100,000 more contact tracers like Henry could be needed across the US, by September.

Their job will not be an easy one.

“People have been out of work for months, they’re frustrated, and now they’re getting contacted by the health department, saying they need to self quarantine for 14 days,” Henry said. “Definitely have had people hang up on me, definitely have had obscenities hurled my way.”