'Between 25% and 50%' of people who get the coronavirus may show no symptoms, Fauci says. Here's the latest research on asymptomatic carriers. At least one-third of the world is under some type of lockdown to slow the coronavirus‘ spread.

That’s because the COVID-19 virus is insidious.

According to Anthony Fauci, director of the National Institute of Allergy and Infectious Disease, “somewhere between 25% and 50%” of people infected with the new coronavirus may never show symptoms or fall ill – but can still transmit the illness to others. Robert Redfield, director of the Centres for Disease Control and Prevention, gave NPR a similar estimate on March 31, suggesting that asymptomatic carriers are contributing to the rapid spread of the coronavirus

During a White House briefing on April 5, Fauci cautioned that these percentages are just estimates, and said there is disagreement even among his colleagues as to how many people are asymptomatic. He added that antibody tests – which can confirm whether a person has already had COVID-19 – are needed to answer that question “in a scientifically sound way.” 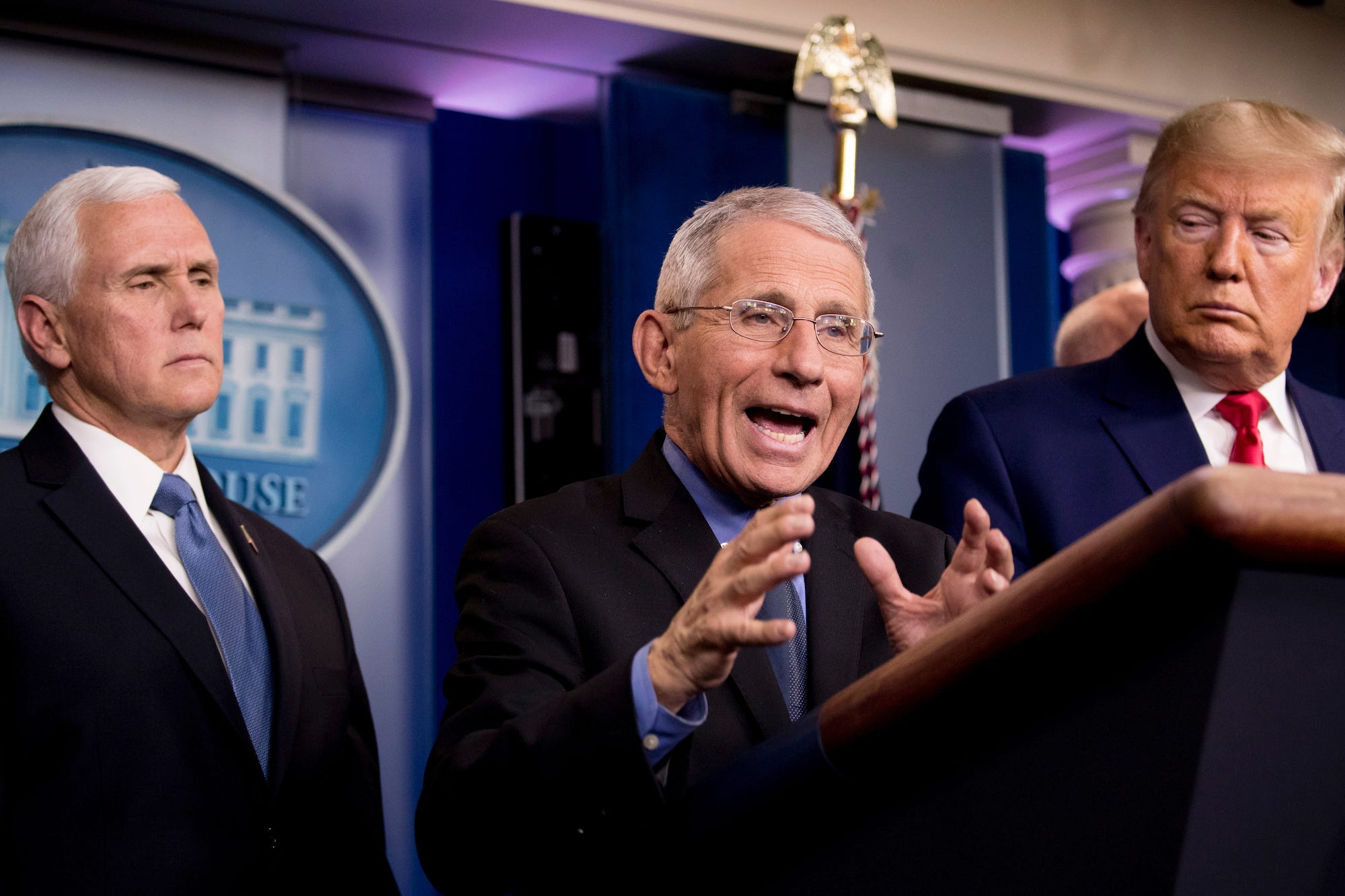 “We don’t know all the unidentified cases out there,” Morse said. “It’s mostly sicker people in hospitals who are being tabulated.” 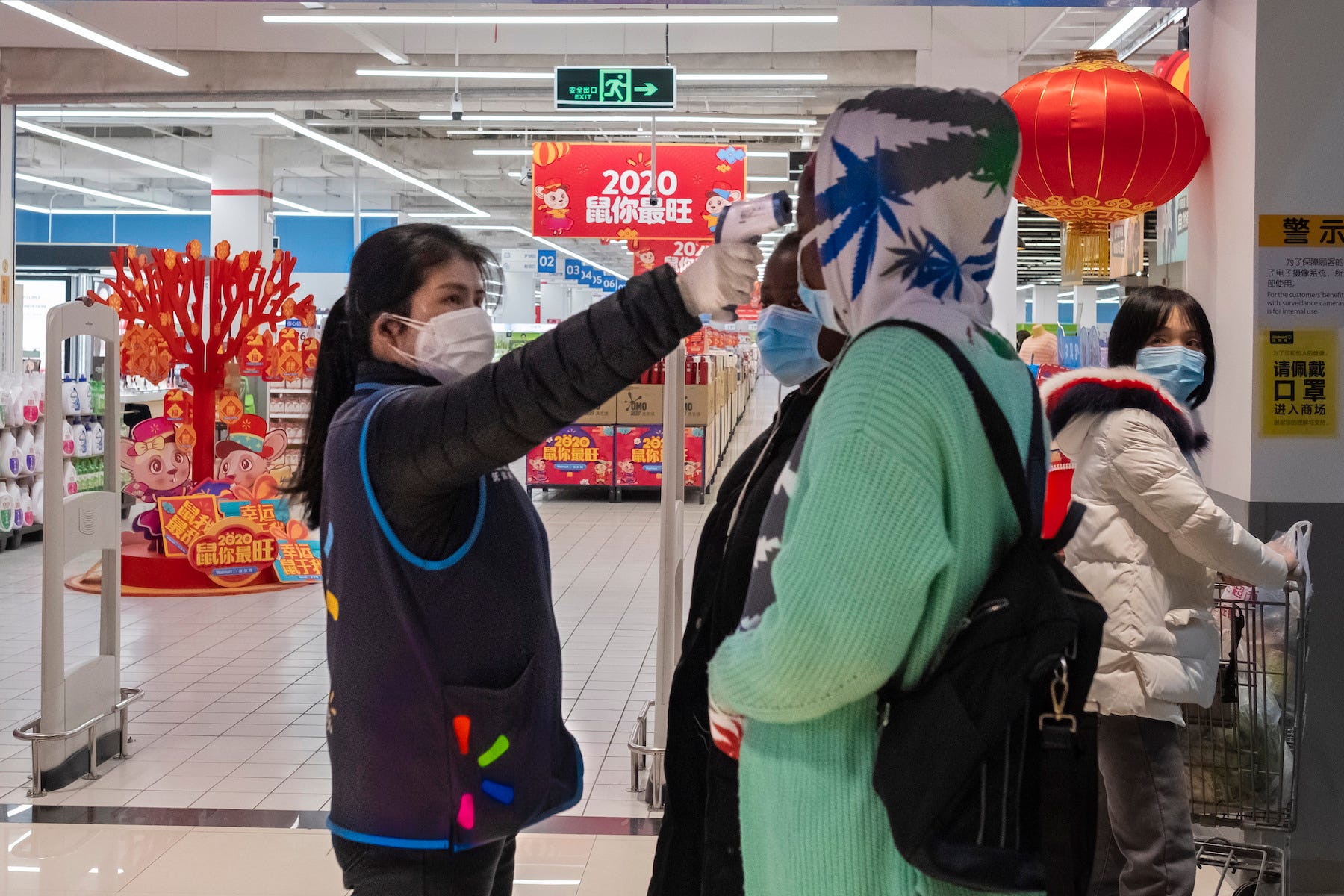 AP Photo/Arek RataA worker taking the temperature of a customer at the entrance of a Walmart store in Wuhan, China, on January 27.

The first confirmation that the coronavirus can be transmitted by asymptomatic people came in February, when a case study described a 20-year-old woman from Wuhan, China, who passed the coronavirus to five family members but never got physically sick herself.

A World Health Organisation report about the coronavirus outbreak in China, also published in February, found few instances in which a person who tested positive never showed any symptoms. Instead, most people who were asymptomatic on the date of their diagnosis (a relatively small group) went on to develop symptoms later.

“The proportion of truly asymptomatic infections is unclear but appears to be relatively rare,” the report authors wrote.

In the WHO study, 75% of people in China who were first classified as asymptomatic later developed symptoms, ProPublica reported. That means, technically, “presymptomatic transmission” is what’s probably common.

Other research has reaffirmed these findings. A CDC study of coronavirus patients in a nursing home in King County, Washington, found that of 23 people who tested positive, only 10 showed symptoms on the day of their diagnosis. Ten people in the other group developed symptoms a week later.

“These findings have important implications for infection control,” the authors wrote, adding that many public-health approaches “rely on presence of signs and symptoms to identify and isolate residents or patients who might have COVID-19.”

The CDC also evaluated coronavirus patients on the Diamond Princess cruise ship, which was quarantined in Japan in February. Of the 3,711 people on board, 712 tested positive, but almost half of them had no symptoms at the time. 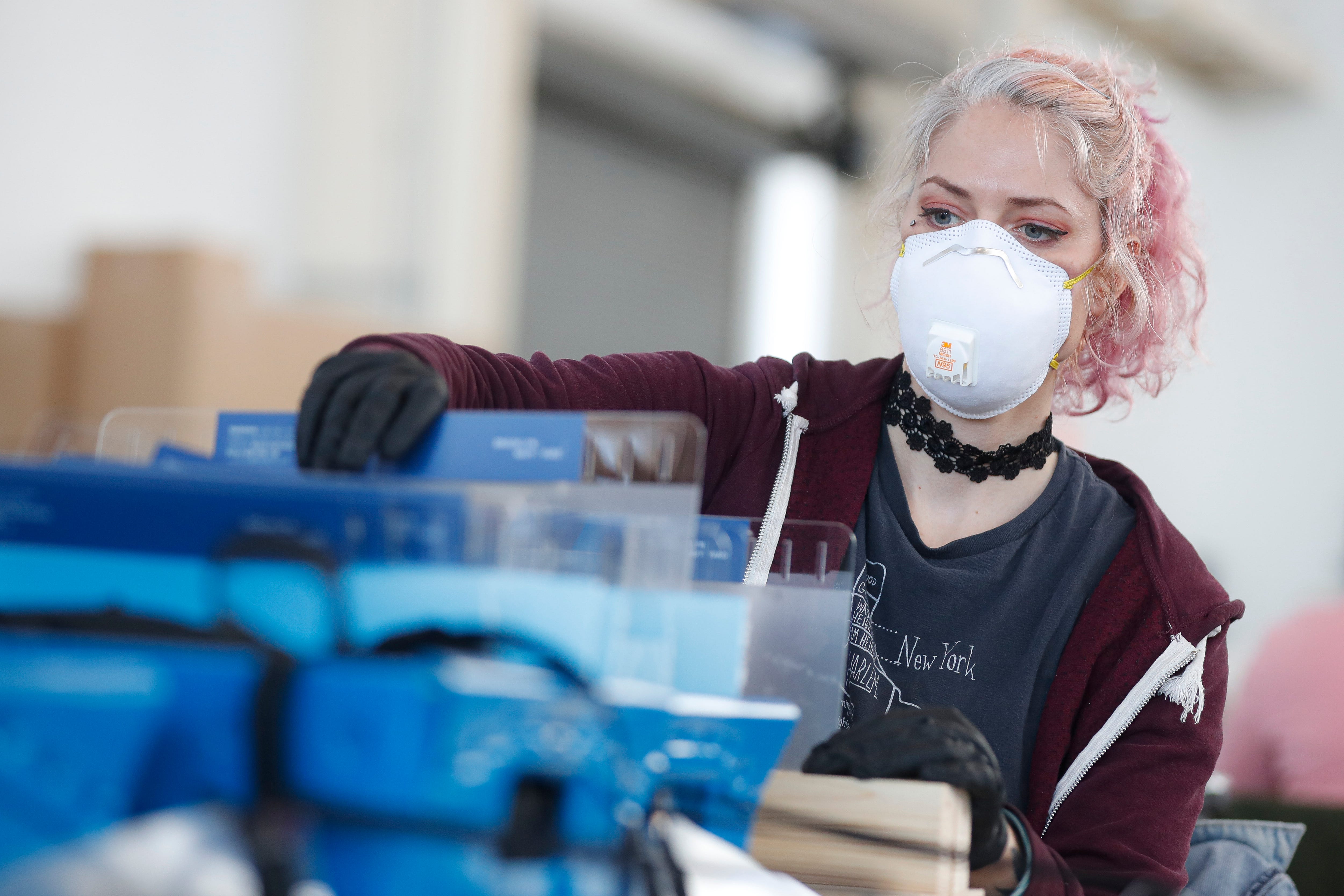 Other examples of asymptomatic and presymptomatic transmission abound

“This helps explain how rapidly this virus continues to spread across the country, because we have asymptomatic transmitters and we have individuals who are transmitting 48 hours before they become symptomatic,” he added.

A handful of recent studies and reports suggest that presymptomatic and asymptomatic transmission is not unusual.

Presymptomatic people may shed the highest amount of the virus

An especially troubling aspect of presymptomatic transmission is that people seem to shed more coronavirus in the earlier stages of their infection. But the average symptom onset takes five days.

Research that examined 23 coronavirus patients in two Hong Kong hospitals found that people’s viral load – how many viral particles they were carrying and shedding into their environment – peaked during the first week of symptom onset and then gradually declined. A SARS patient, by contrast, sheds the most virus seven days to 10 days after getting visibly sick. 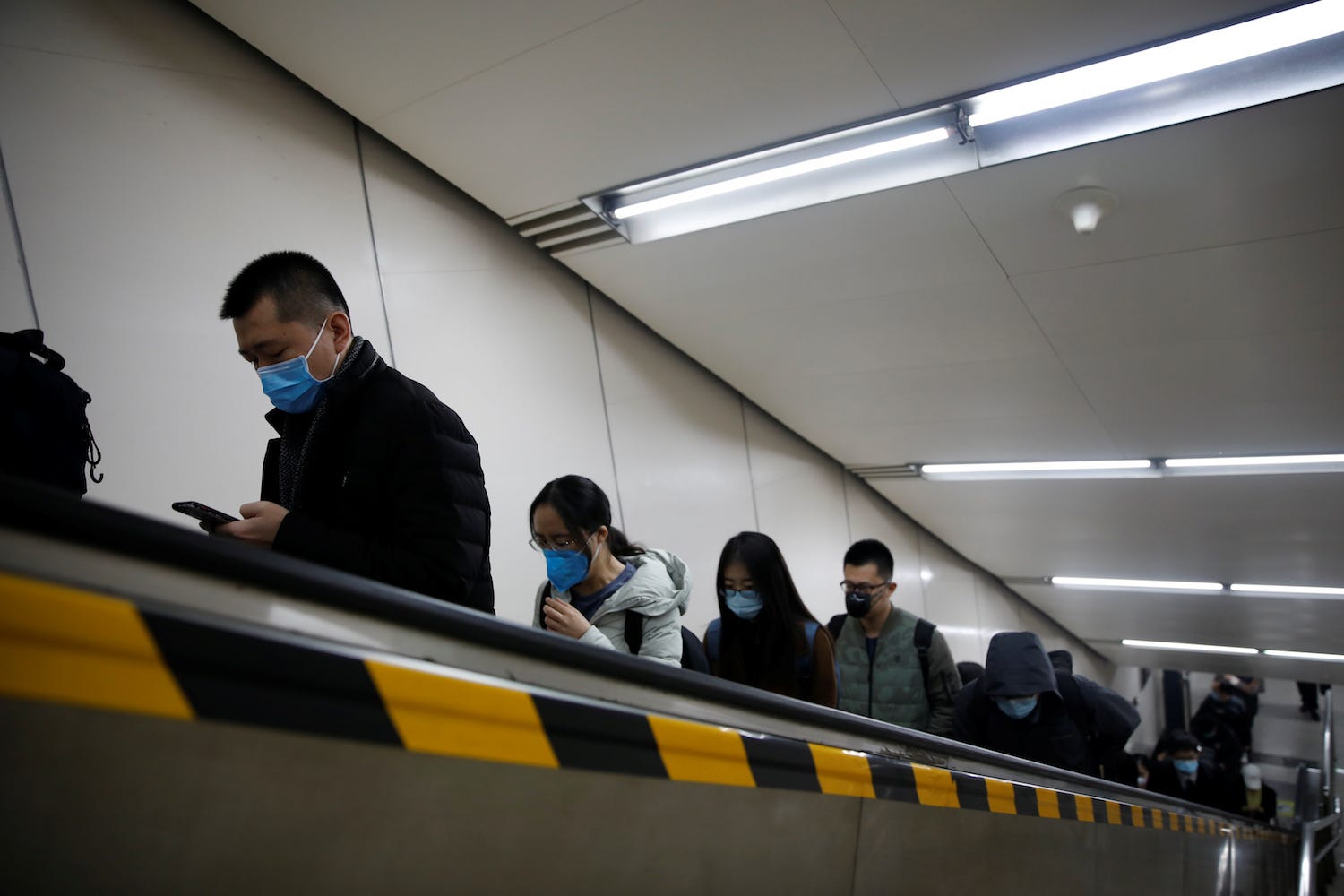 A study from Guangzhou found similar results: Among 94 patients, people were most contagious right when symptoms started to show, or just before.

Children could be asymptomatic carriers

A notable group of asymptomatic carriers could be children. Thus far, children are among those least sickened by the coronavirus – but some could be getting very mild infections and then spreading the virus.

Research published March 25 in the journal The Lancet looked at 36 children who tested positive for the coronavirus in three Chinese hospitals. Half of those children had “mild disease with no presenting symptoms,” the authors wrote.

Another study, published April 6, looked at more than 2,500 coronavirus cases among children younger than 18 in the US between. The authors found that 73% of the patients in that age group had a fever, cough, or shortness of breath, compared to 93% of adults.

The researchers concluded that “children do not always have fever or cough as reported signs and symptoms” of COVID-19. 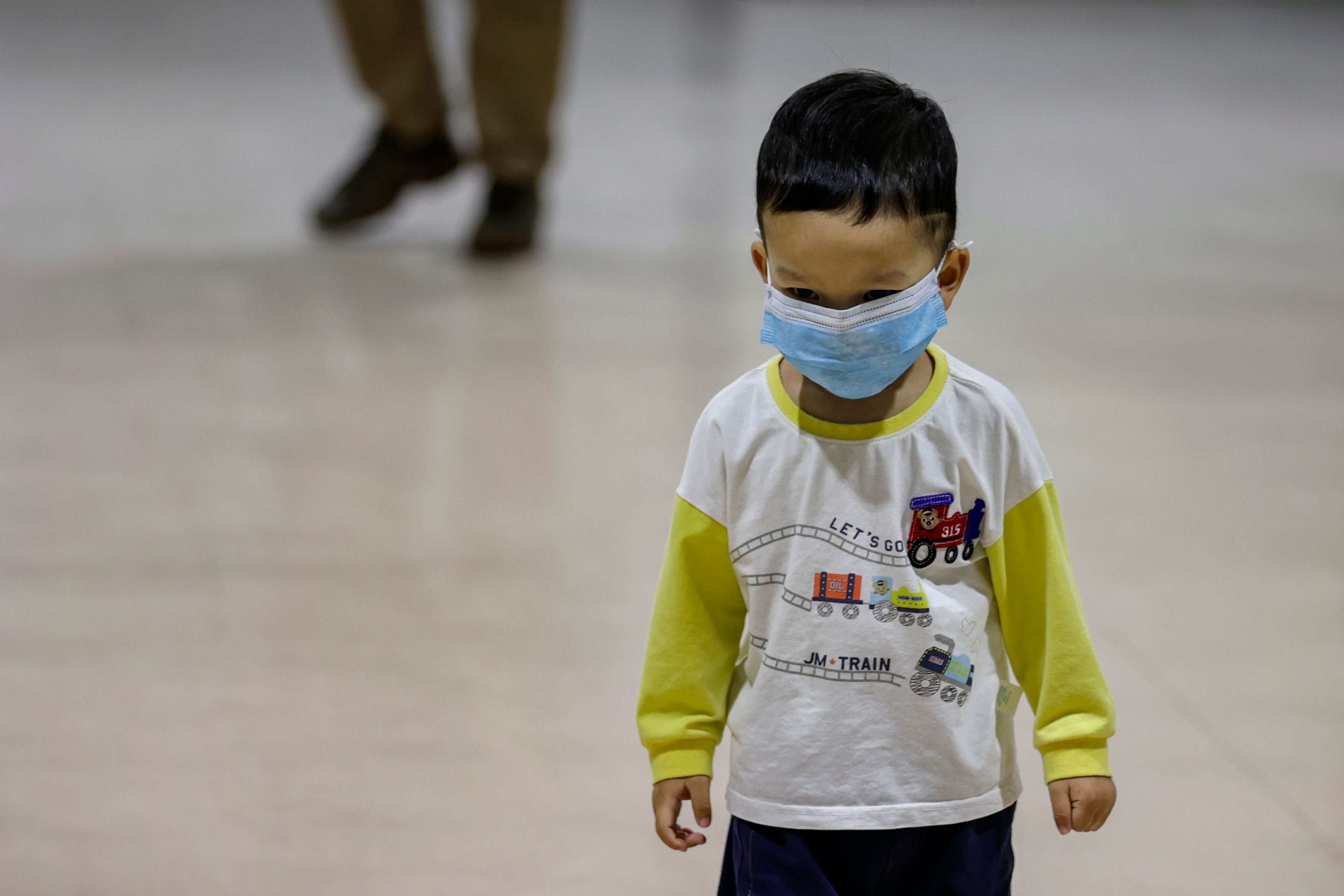 Yet another recent study, which has yet to be peer-reviewed, found that 56% of 700 children infected with COVID-19 in China had mild, if any, symptoms.

John Williams, an expert in pediatric infectious disease at the University of Pittsburgh Medical Centre, told ABC that “asymptomatic infection is common in children, occurring in 10-30%” of cases.

On April 3, the CDC recommended that people in the US start wearing cloth masks when they go out in public, even if they feel healthy.

The policy is different from the agency’s guidelines during the early days of the coronavirus outbreak, when CDC experts said they did not “recommend the use of face masks for the general public.”

The prevalence of presymptomatic transmission was a primary reason for the change. 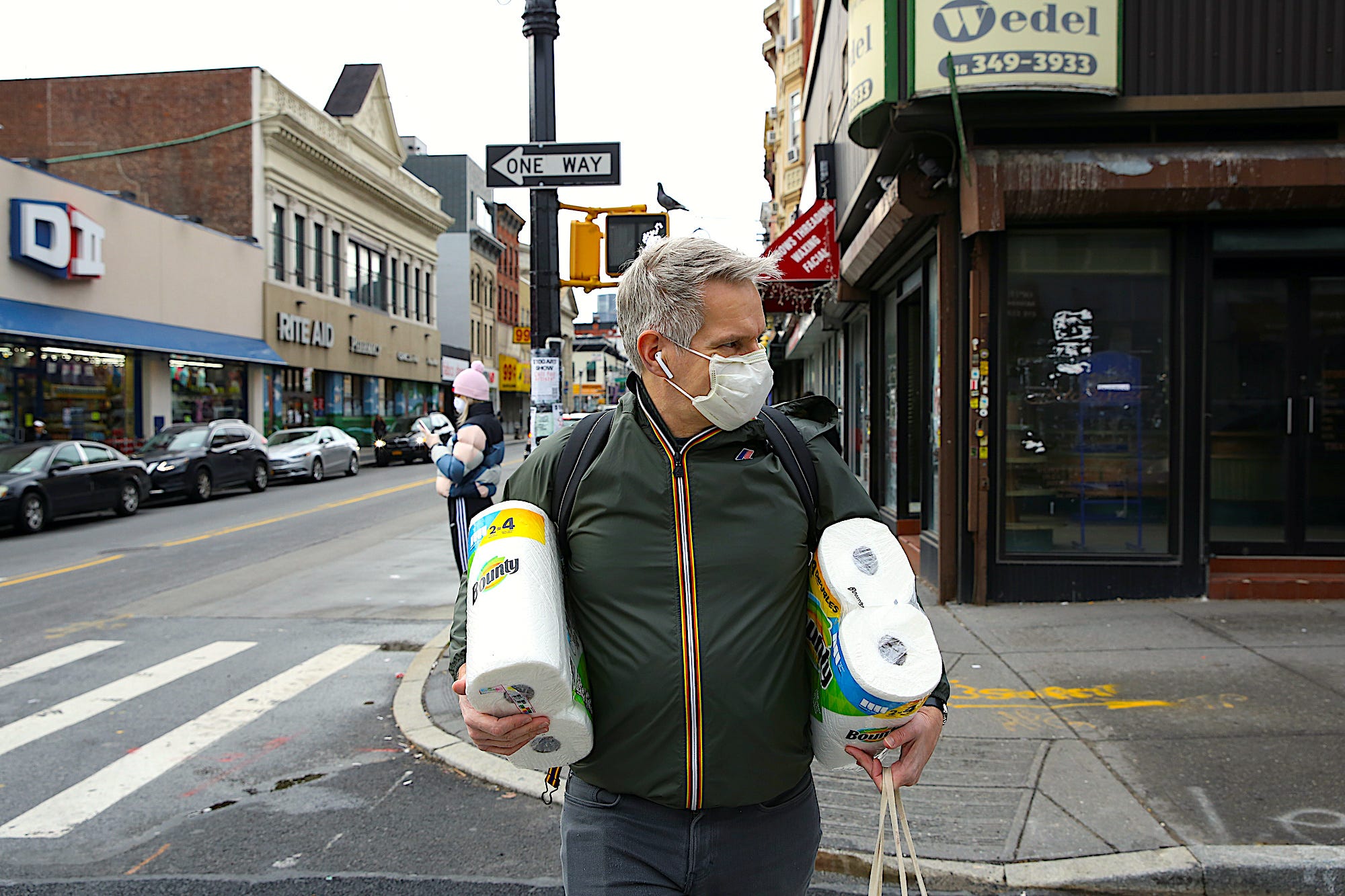 REUTERS/Caitlin OchsDoug Hassebroek walks home from the grocery store wearing a protective mask during the outbreak of coronavirus in Brooklyn, New York, March 25, 2020.

“We have always recommended that symptomatic people wear a mask because if you’re coughing, if you have a fever, if you’re symptomatic, you could transmit disease to other people,” Surgeon General Jerome Adams said on April 3. He added, “we now know from recent studies that a significant portion of individuals with coronavirus lack symptoms. This means that the virus can spread between people interacting in close proximity, for example, coughing, speaking, or sneezing, even if those people were not exhibiting symptoms.”

Face protection for the most part doesn’t benefit the wearer; instead, masks primarily protect others from the wearer’s germs.