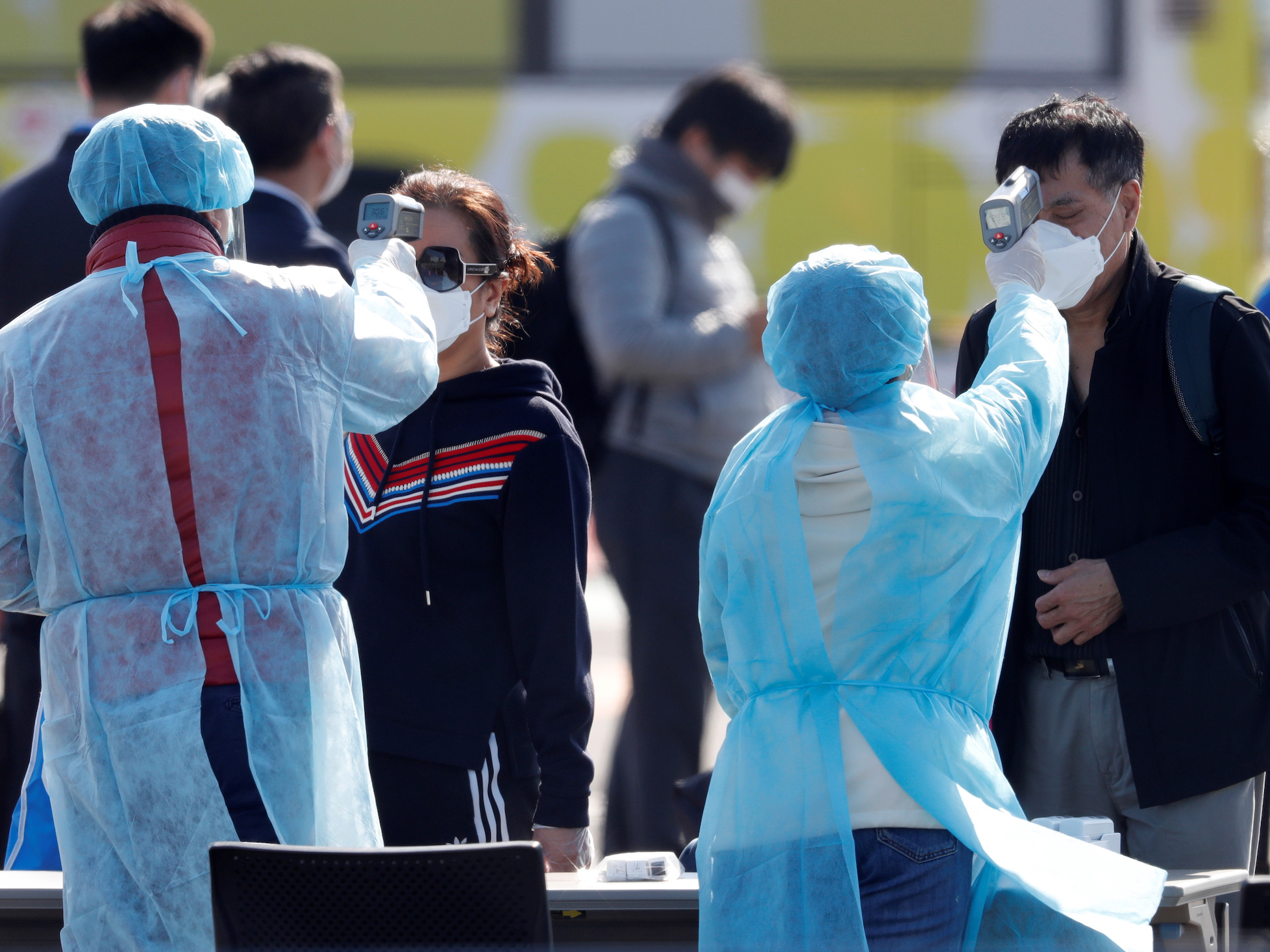 Kim Kyung-Hoon/ReutersPassengers’ temperatures are taken on leaving the coronavirus-hit Diamond Princess, which had 700 passengers test positive for COVID-19.

City officials in Costa Mesa, California, are blocking patients being tested for the coronavirus disease COVID-19 from being transferred to a nearly empty hospital within the Orange County city from a Bay Area Air Force base.

On February 21, US District Judge Josephine Staton in Costa Mesa – a town in Southern California about 40 miles southeast of Los Angeles – issued a restraining order blocking the transfer of these patients from the Travis Air Force Base in Fairfield, California, to the Fairview Developmental Centre, a California-owned hospital in Costa Mesa once used to house residents with developmental and intellectual disabilities.

The city said in a press release that federal officials did not formally work with city leaders on the transfer of patients to the Costa Mesa facility. The Fairview facility is also surrounded by several residential neighbourhoods in a heavily populated area.

“Our top priority is the safety and security of this community and those who live in this region,” Costa Mesa Mayor Katrina Foley said in the press release. “We have received no information regarding how the facility will be prepared, what precautions will be taken to protect those in the facility as well as those who live nearby, and other important planning measures.”

Motivated by concerned city residents, the judge approved the restraining order temporarily on February 21 and has extended it this week. The order is in place until Monday. In the meantime, state and federal authorities will share more about their plans to house the patients in the Costa Mesa community.

A CDC spokesperson told the Sacramento Bee that federal health officials had no hard plans to move forward with the transfer and that conversation to do so was merely “preparatory.” State officials had proposed a contingency plan after the Department of Defence informed them that patients who tested positive must be moved from the base.

The proposed plan would involve moving about 30 to 50 people from the Travis Air Force Base to the Costa Mesa facility. The patients, many of whom are reportedly California residents, were passengers on the Diamond Princess cruise ship and are being tested for the coronavirus disease, or COVID-19. The patients being considered for transfer are reportedly exhibiting moderate symptoms and have not received confirmation from the CDC that they have tested positive for the virus. But according to the San Francisco Chronicle, they likely will test positive for the coronavirus disease, based on estimated rates of infection.

The transfer would not include the passengers from the cruise ship that have infections confirmed by the CDC. Those were taken to local hospitals for treatment, not to the Travis Air Force Base in Fairfield, California, which is about 50 miles northeast of San Francisco. One of those passengers is being treated in San Francisco.

The Diamond Princess cruise ship had been quarantined for 14 days after a man who had been on the ship tested positive for the coronavirus on February 1. Reuters/Kim Kyung-HoonPassengers aboard the Diamond Princess said they were given little information throughout the quarantine.

The morning after the former passenger tested positive for the virus, 10 people on board the ship also were confirmed to have contracted it. That number ballooned to more than 690 cases over the course of the two-week quarantine and testing, during which time passengers were confined to their rooms.

Health experts criticised the decision to quarantine passengers on the ship. One microbiologist told the Montreal Gazette that the ship served as more of an incubator for the virus more than a quarantine.

“The quarantine was not justified, and violated the individual rights of the passengers while allowing the virus to literally pick them off one by one,” Amesh Adalja, MD, who works at the Johns Hopkins Centre for Health Security, told Business Insider in an email.

Four passengers in their 80s died.

After returning from the quarantine aboard the cruise ship, about 150 passengers were brought to Fairfield’s Travis Air Force Base for an additional government-mandated quarantine. 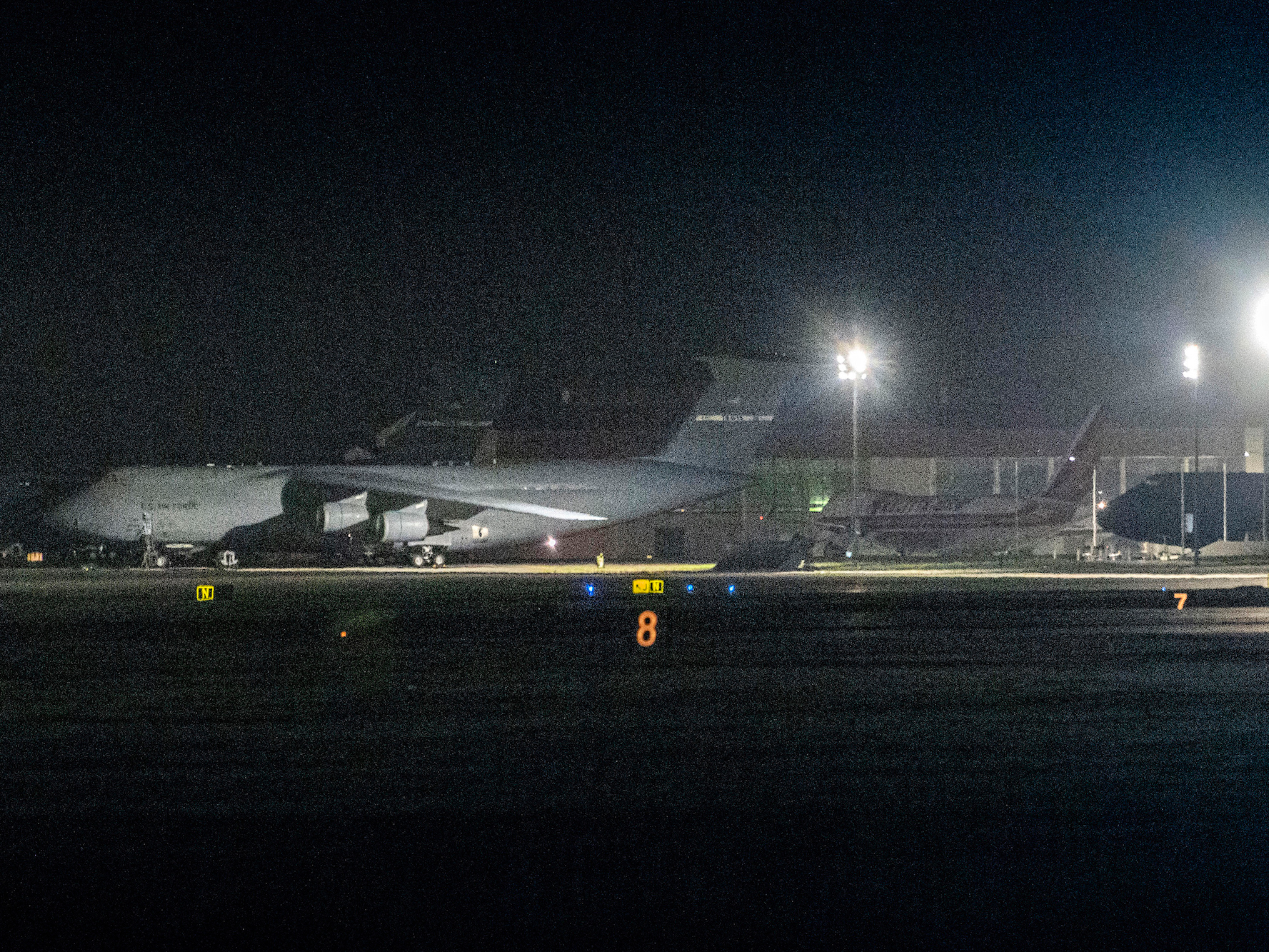 Some evacuees were also sent to Lackland Air Force Base in San Antonio, Texas.

California state attorneys told the Chronicle that Costa Mesa’s restraining order is “based on speculation and unfounded internet fear” that is preventing cruise ship evacuees who have tested positive for the virus from receiving shelter. Hector Amezcua/AP PhotoA group of ambulances from the Solano EMS Cooperative stage at the visitor centre at Travis Air Force Base.

Only the patients who have the virus with mild symptoms that don’t require hospital treatment would be transferred, the state said. 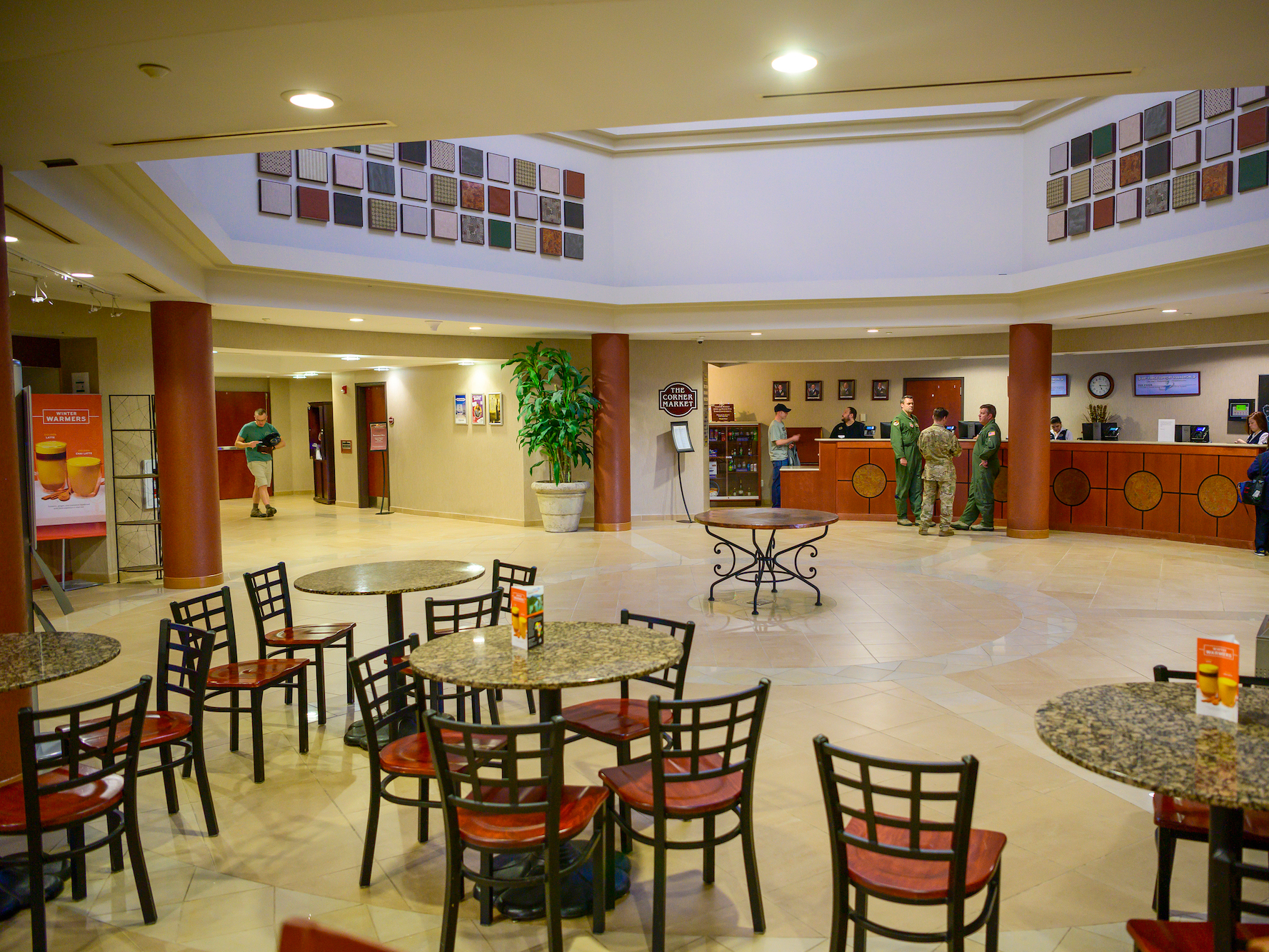 Stephen Parodi, MD, an infectious-disease expert at Kaiser Permanente, told the Chronicle that it was sensible to separate coronavirus patients with moderate symptoms from those exhibiting more severe reactions.

The coronavirus disease has now infected 80,000 people, with most cases in China, where the new coronavirus originated. The US has confirmed 60 cases of the virus, including 42 people who were passengers on the Diamond Princess cruise ship.

The latest US patient is a California resident and had no known exposure to the virus, suggesting that this is the first case of “community spread.”