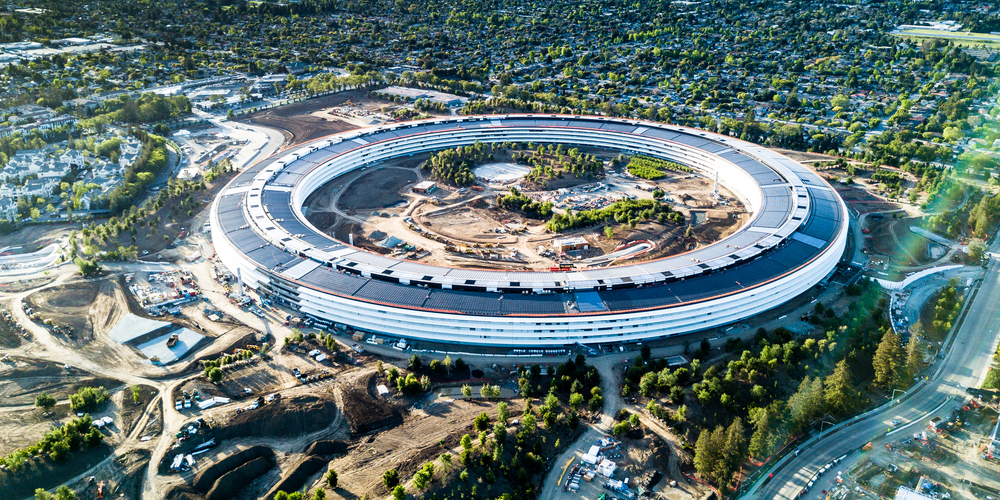 Uladzik Kryhin/ShutterstockApple directed employees at its global offices to work from home if their job allows.

In a memo to employees obtained by Bloomberg News, Cook offered employees at its global offices the opportunity to work from home for the upcoming week of March 9 to 13 “if your job allows.”

As Business Insider reported Friday, a source familiar with the matter said employees in Santa Clara Valley – the location of Apple’s Cupertino headquarters, in the San Francisco Bay Area – had already been recommended to work from home.

In the memo, Cook also said the company was working to reduce “human density and ensure those teams that are on-site can do their work safely and with peace of mind,” Bloomberg reported.

While the work-from-home option does not apply to workers at Apple’s more than 500 global retail stores, the company said it would work to reduce the number of people in stores for Genius Bar appointments and at classes offered by the Cupertino, California-based company at its worldwide retail locations.

The company previously enacted new measures in US stores meant to limit any spread of the virus such as the increased wipe-down of demo units, installing hand sanitizing stations, and increasing the number of cleaning staff at the stores.

Apple in February temporarily shuttered its China retail locations to help limit the spread of the virus, though most locations have since re-opened.

Apple has repeatedly advised employees who feel sick to remain home from work and encouraged virtual meetings over those that require travel, according to a previous Business Insider report. It also encouraged employees to regularly wash their hands and avoid touching their faces.

According to Bloomberg News, Cook said employees would continue to receive their usual pay while working from home.

The new directive comes amid reports that Apple’s supply chain has taken a hit amid the coronavirus outbreak. The virus has had a major impact on the production of the iPhone, which is not expected to improve until at least the second quarter of 2020.

Other companies like Facebook, Twitter, Microsoft, Amazon, and Alphabet have all announced similar policies, restricting travel and directing employees in some of their global offices to work from home.

COVID-19 has infected more than 106,000 people and killed 3,600 others, mostly in China, though the disease is spreading globally. So far, at least 21 people have died in the US as a result while hundreds of cases have been confirmed.

How coronavirus is upending corporate America

Parents are struggling to cope as coronavirus worries shut down schools, leaving kids scared and confused