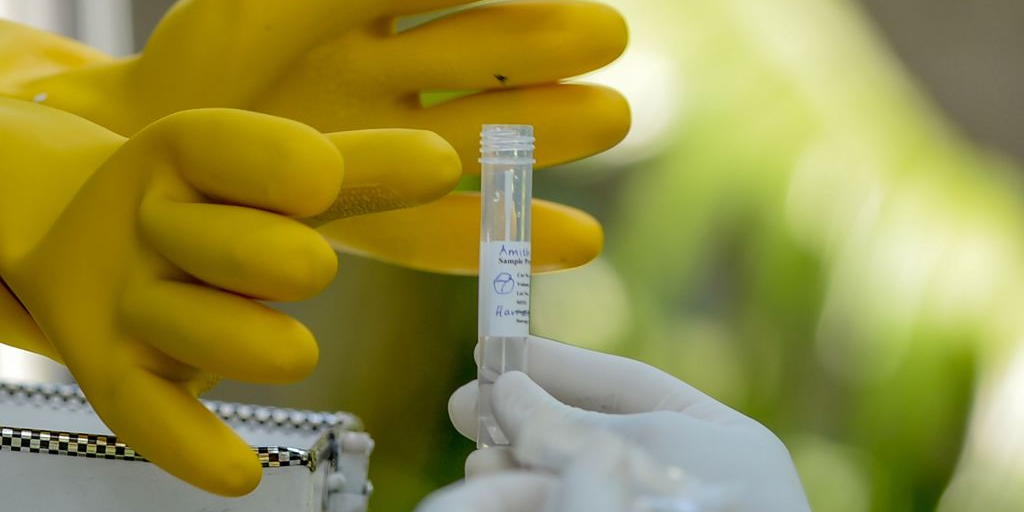 LAKRUWAN WANNIARACHCHI/AFP via Getty ImagesA health worker (L) gives a tube containing a swab after collecting a sample coronavirus test from a woman on a mobile testing unit during a government-imposed nationwide lockdown as a preventive measure against the COVID-19 coronavirus, in Colombo on April 18, 2020.

In a press conference on Friday reported by multiple outlets, officials said serological tests, also known as antibody tests, can show if the person previously contracted the virus, but there is no evidence it can find if a person is immune to the virus infection.

At least 564,525 people have recovered from COVID-19 across the world, according to data from Johns Hopkins. However, issues with developing and distributing reliable tests described by experts likely mean that there are many more cases that have gone undetected and untreated.

Antibody tests have been touted as a crucial step in the move to reopening workplaces and public spaces, as they would be able to tell whether a person has already had COVID-19, regardless of whether they ever showed symptoms. A positive result would mean they’re probably immune.

President Donald Trump has recommended states roll out testing as areas begin to relax social distancing measures that have been in place in recent weeks. Dr. Anthony Fauci, director of the National Institute of Allergy and Infectious Diseases said last week that he expected a large number of tests to become available within the next week.

Fauci previously warned that the novel coronavirus could likely become “seasonal” with the possibility of a resurgence in the outbreak later this year, which is motivating public officials to improve the country’s preparedness, including developing a vaccine and other interventions.

The earliest the US could get a coronavirus vaccine would be in 12 to 18 months, which would be an impressive timeline for a vaccine, Fauci has said.

The WHO press conference came after officials said not all people who recover from the coronavirus have the antibodies to fight a second infection, raising concern alongside rising trends in countries like South Korea where officials have found at least 160 patients who were thought to have been cleared of the new coronavirus had tested positive again.

Dr. Jon Santiago, who is also a state representative, works in the ER at Boston Medical Centre, told CBS Boston that hospital workers had noticed a concerning trend of repeat patients who often require more intensive care than they did during their initial treatment.

“Over the last week we’ve seen an interesting phenomenon where people who’ve been initially diagnosed a week ago, they’re coming back to the hospital sicker and often requiring a ventilator or the ICU,” Santiago told WBZ. “That just demonstrates how insidious the virus can be.”