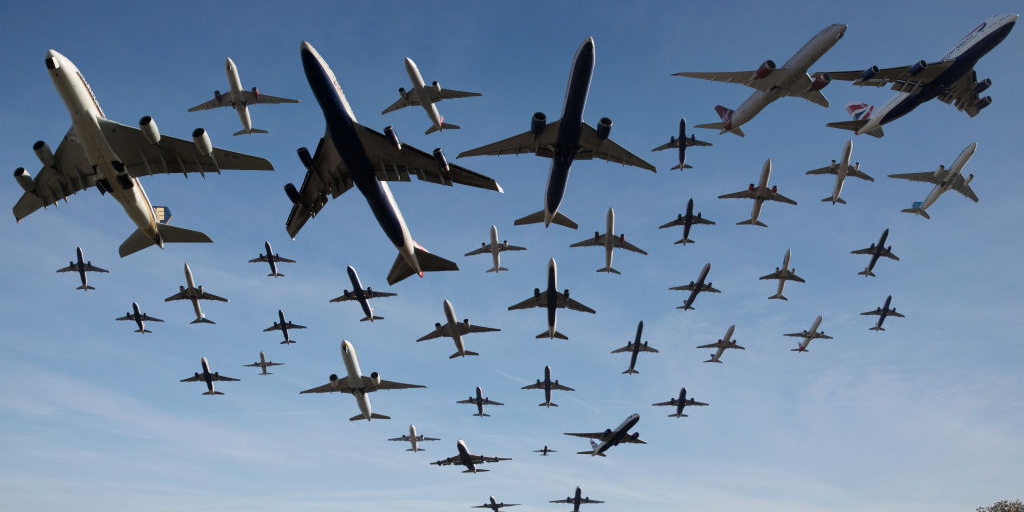 GettyDemand for flights has collapsed around the globe amid growing fears about the coronavirus outbreak.

Airlines have wasted thousands of gallons of fuel running empty “ghost” flights during the coronavirus outbreak because of European rules saying operators can lose their flight slots if they keep their planes on the ground.

Demand for flights has collapsed across the globe amid growing fears about the outbreak.

Under Europe’s rules, airlines operating out of the continent must continue to run 80% of their allocated slots or risk losing them to a competitor.

This has led to some operators flying empty planes into and out of European countries at huge costs, The Times of London reported.

On Thursday, UK Transport Secretary Grant Shapps wrote to Airport Coordination Limited asking for the rules to be suspended during the outbreak to prevent further environmental and economic damage.

“I am particularly concerned that, in order to satisfy the 80/20 rule, airlines may be forced to fly aircraft at very low load factors, or even empty, in order to retain their slots,” Shapps wrote.

“Such a scenario is not acceptable. It is not in the industry’s, the passengers’ or the environment’s interest and must be avoided.”

ACL has already suspended the rules for flights to and from Hong Kong and mainland China. However, they remain for all other flights.

On Thursday, the UK airline Flybe went into administration, a practice similar to filing for bankruptcy protection, though it said its financial problems existed long before the outbreak.

The International Air Transport Association has estimated that the outbreak could wipe out up to $US113 billion in airline sales worldwide.