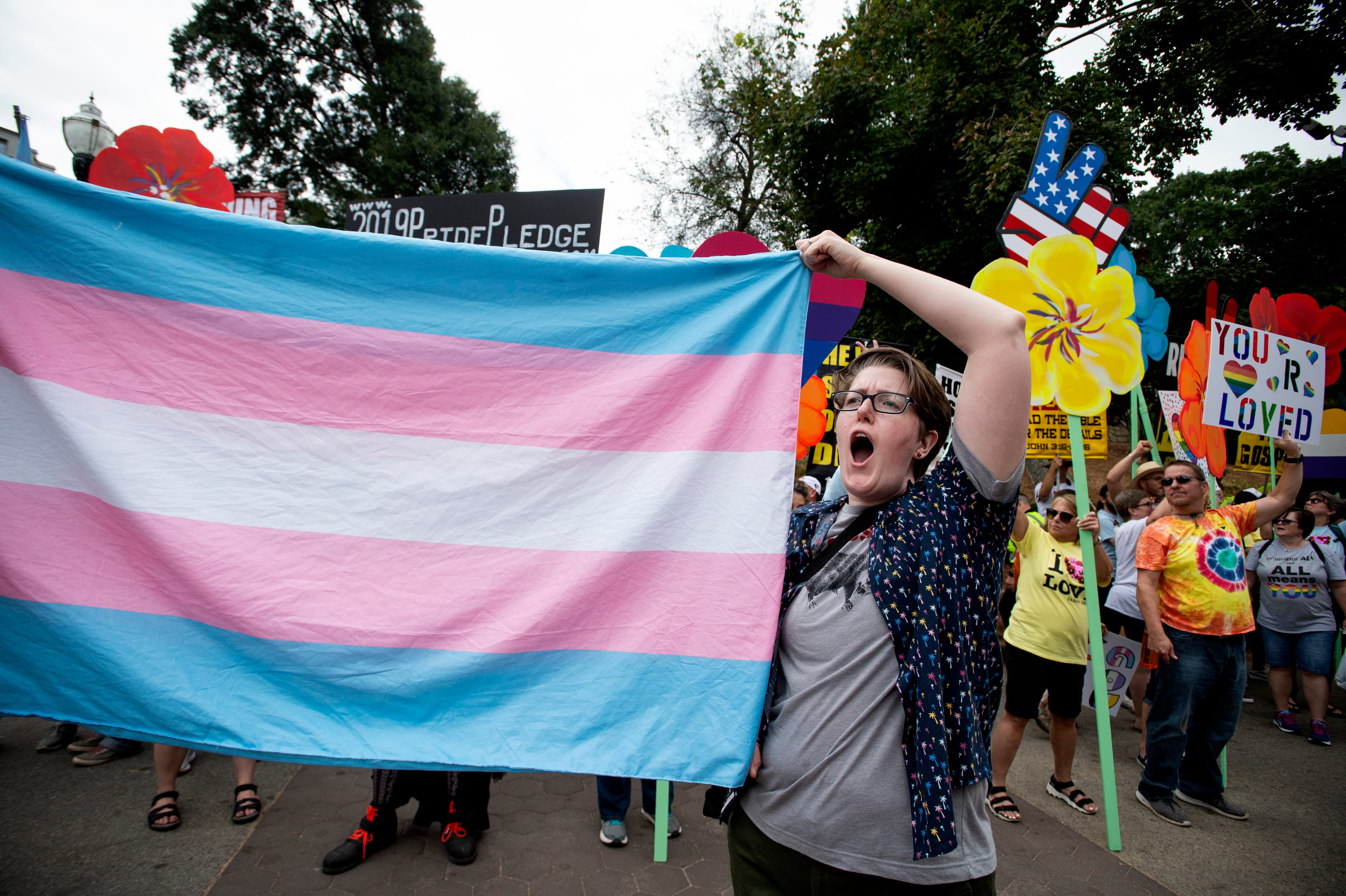 A conservative group announced the release of a series of anti-trans ads in Michigan on Thursday, intended to discourage “persuadable” Democrats from voting for Joe Biden and other candidates.

Two ads feature a man named Kevin Whitt who said he transitioned from male to female at the age of 15 and transitioned back 17 years later. “Sex change surgeries at 15 years old â€” this is legal child abuse,” he said in one ad.

In another ad, multiple girls are competing on a track when a boy runs past them and shrugs at them when he wins.

“All female athletes want is a fair shot at competition. At a scholarship. At a title. At victory. But what if that shot was taken away by a competitor who claims to be a girl but was born a boy?” the ad said, before showing back-to-back images of Biden and Gary Peters, the Democratic senator running for re-election in Michigan.

“Vote against Gary Peters and Joe Biden. They are too extreme for Michigan,” the ad said.

The group behind the ads, the American Principles Project (APP) and its PAC, released the digital campaign to take away Democratic votes from Biden and Peters, both of whom are in the lead in the critical swing state.

“The campaign is a part of a $US4 million election effort which will target persuadable Democrats and independent voters in key swing states, most notably with a $US2 million spend in Michigan,” a press release from APP reads.

Both Biden and Peters have expressed support for transgender rights throughout their campaigns.

Peters is about 5 percentage points ahead of his Republican opponent, John James. Biden also maintains a slight lead of less than 3 percentage points over President Donald Trump, who won Michigan in 2016, according to an average from Real Clear Politics.

Nationally, Biden, the Democratic presidential nominee, leads Trump, who is trailing him by about 7 percentage points, according to a Real Clear Politics polling average.

Biden’s campaign did not immediately respond to a request for comment from Insider.

“APP wants a future where LGBTQ people can be fired, denied housing, refused business services or health care solely because of who they are,” Human Rights Campaign President Alphonso David said in a statement. “But they know full well that they’re on the wrong side of this issue and the wrong side of our future.”