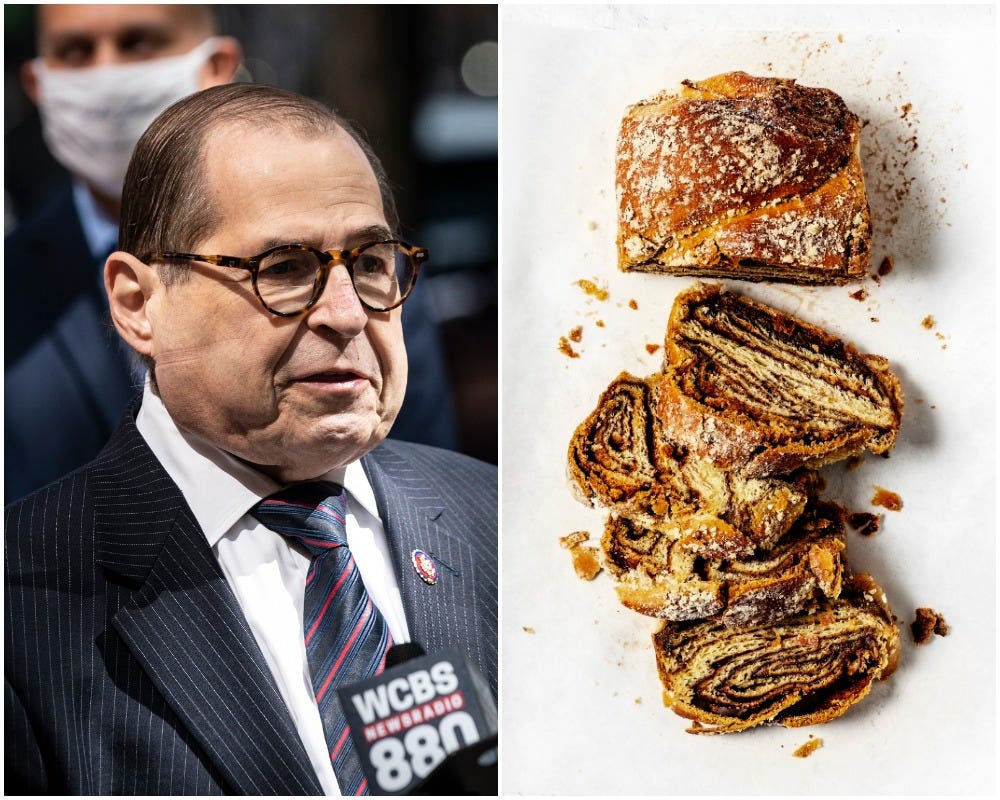 Lev Radin/Pacific Press/LightRocket via Getty Images, Claudia Totir/Getty ImagesRep. Jerry Nadler was carrying a bag from Zabar’s, which is known for its babka.

On January 13, the House of Representatives voted to impeach President Donald Trump, making him the first US president to ever be impeached twice. Impeachment proceedings can be tedious, but one congressman apparently came prepared.

Rep. Jerry Nadler (D-NY) was spotted on C-SPAN carrying a bag from Zabar’s, a popular bakery known for its babka on Manhattan’s Upper West Side â€” part of the New York district he represents.

“Ibiza” director Alex Richanbach tweeted a video of Nadler walking across the House floor with the Zabar’s bag.

When asked by the local Upper West Side blog West Side Rag what the Zabar’s bag contained, a spokesperson for Nadler said, “A babka and the constitution, what else?”

People were amused by the congressman’s choice of bag, calling it “A+ New Yorking.”

Now that's how you represent your district.

What, you’re gonna take on an insurrectionist coup without something to nosh?

Others pointed out that the bag was the reusable kind, suggesting there was, in fact, no freshly baked babka inside.

When reached, Nadler’s New York office directed Insider to the congressman’s office in Washington, DC, which did not immediately respond to a request for comment.