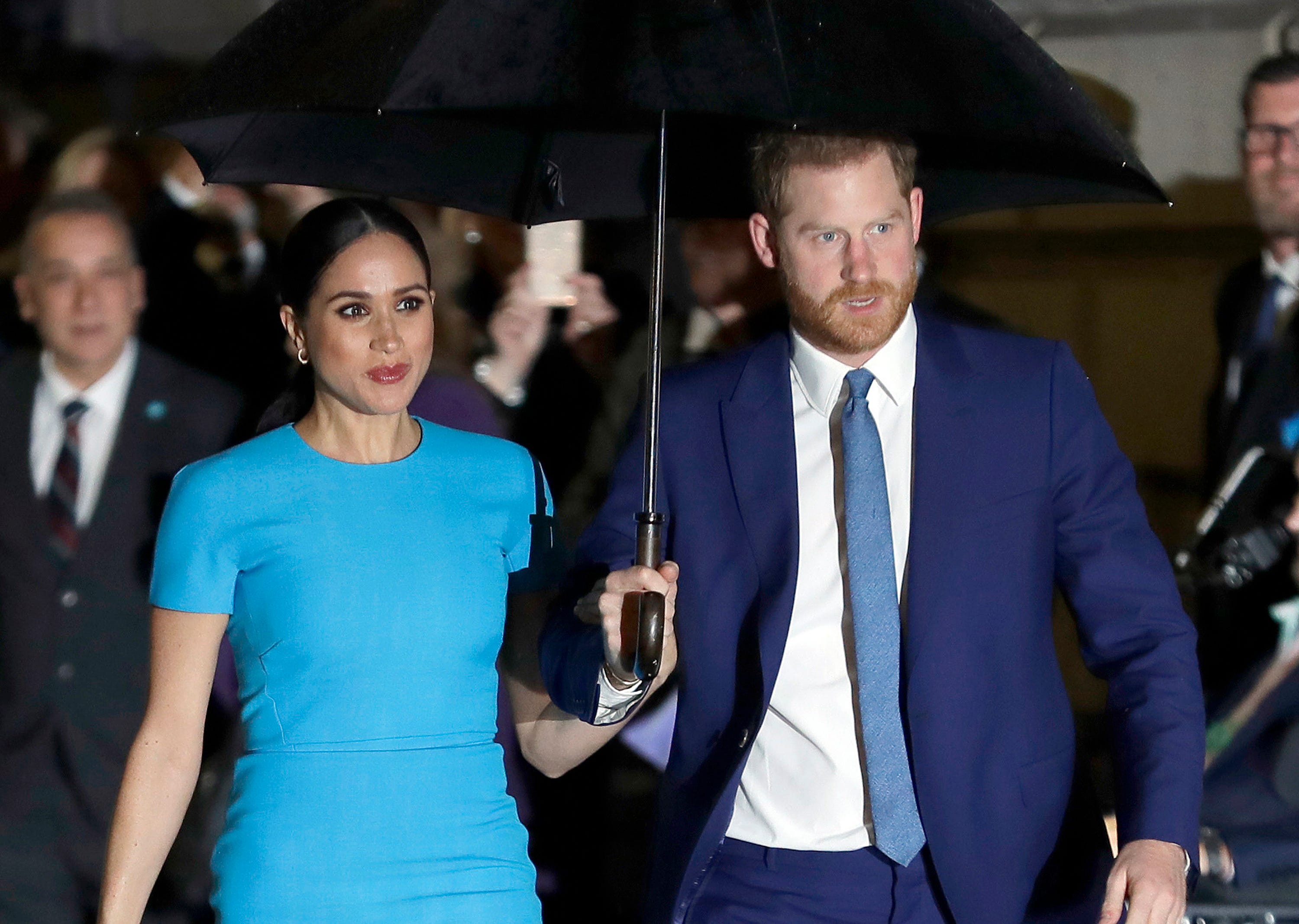 Kirsty Wigglesworth/AP PhotoPrince Harry and Meghan Markle, the Duke and Duchess of Sussex.

A Missouri lawmaker accused Prince Harry and Meghan Markle of meddling in the upcoming general election and urged the British government to remove their royal titles on Friday.

“I respectfully request the British Government ensure the Duke and Duchess of Sussex no longer attempt to interfere in our election or be stripped of all titles, styles, and privileges which they currently retain,” Rep. Jason Smith wrote in a letter to Karen Pierce, the British ambassador to the United States.

The letter comes after the couple appeared in a clip last month speaking about the upcoming general election and encouraging Americans to vote, which caused a major stir in both the US and UK.

Smith, who is a Republican, specifically called out the video and said that their “actions represent a breach of the British Royal Family’s policy of political neutrality and an inappropriate act of domestic interference by one of our closest allies.”

The two were featured in an ABC televised special for TIME’s list of the world’s 100 most influential people.

In it, Markle said, “Every four years we are told the same thing, that ‘this is the most important election of our lifetime.’ But this one is.”

“When we vote, our values are put into action and our voices are heard,” she continued.

“As we approach this November, it’s vital that we reject hate speech, misinformation, and online negativity,” Harry said in the clip, which aired on September 22, National Voter Registration Day in the US.

But Smith alleged on Friday that their comments were evidence of campaigning against President Donald Trump.

Neither Harry nor Markle mentioned the president or his Democratic opponent Joe Biden in the video.

Prince Harry and Megan Markle are using foreign titles to campaign against President Trump and interfere with our election. Today, I asked the British Government to put a stop to it.

A source close to Harry pushed back on the claims and told The Daily Mail that he “was talking about the tone of debate in the run-up to an election which is already quite febrile.”

“He is not talking about any candidate or specific campaign,” the source said. “He is building on a lot of stuff that he’s said before about online communities, how we engage with each other online, rather than specifically making any political points.”

The British royal family has long followed a tradition of political neutrality. Queen Elizabeth does not vote and Harry said in the TIME video that he has “never been able to vote in the UK my entire life.”

Markle, an American, can vote in the US. She relocated to Los Angeles with Harry earlier this year after their bombshell exit from the royal family.

“We intend to step back as ‘senior’ members of the Royal Family and work to become financially independent, while continuing to fully support Her Majesty The Queen,” the couple announced in January.

Following their departure, the two announced that they will no longer use the “Royal Highness” markers as they do not hold officials roles with the family anymore, but retained their titles as Duke and Duchess of Sussex.

Smith asked for his letter to be relayed to the Queen, the only person with the authority to remove royal titles. However, she cannot stop Harry from being called a prince as only he has the discretion to do so, The Daily Mail reported.

The British Embassy in Washington, DC did not respond to Business Insider’s request for comment. A spokesperson for Harry and Markle also did not immediately respond.

The couple has faced immense scrutiny since their move to the US, drawing even Trump’s ire. The president reacted to the TIME video by saying that he’s “not a fan” of Markle and wishing Harry “a lot of luck.”