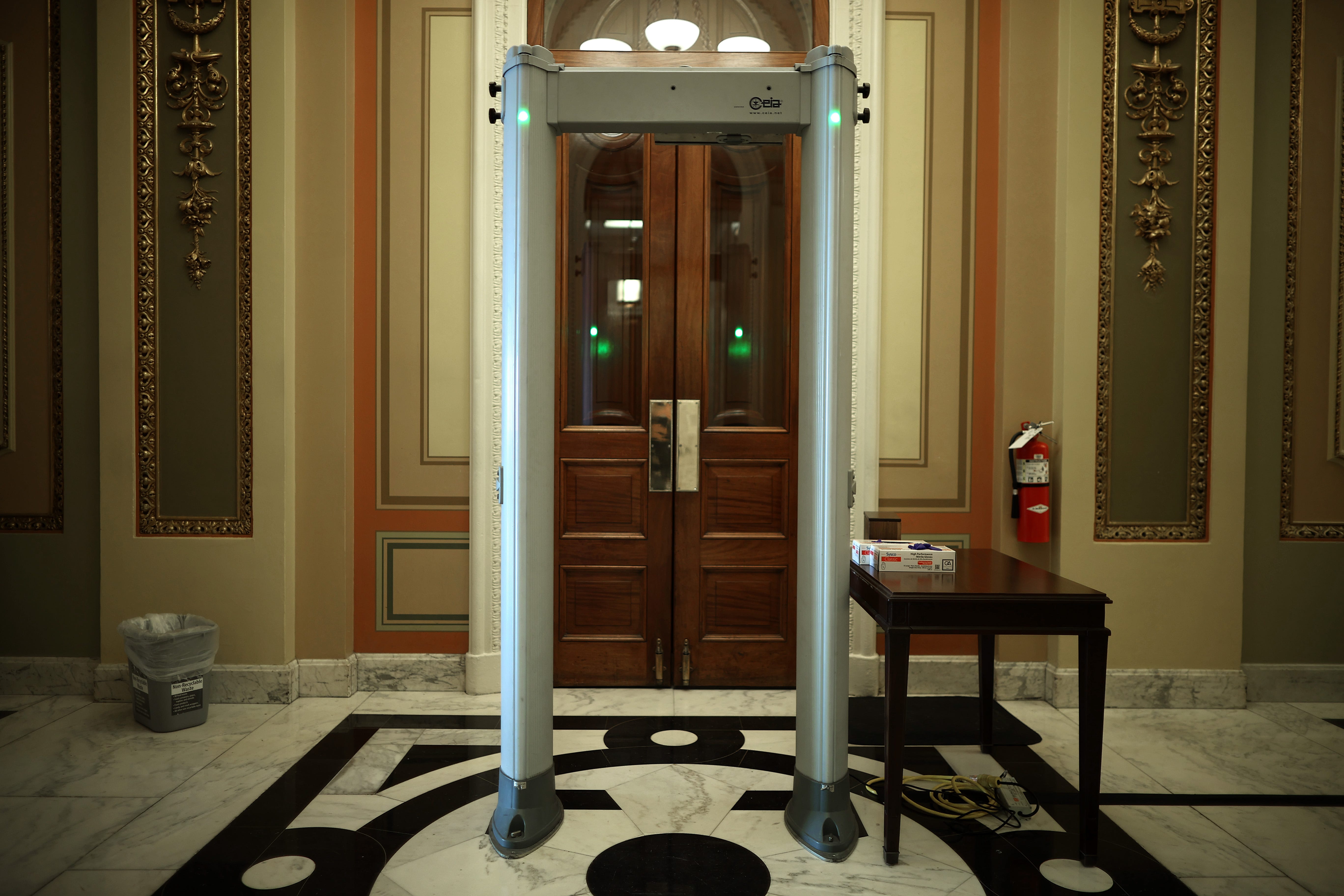 Congress implemented new safety measures on Tuesday in response to the Capitol breach last week, when a mob of President Donald Trump’s supporters stormed the building and forced a lockdown.

The acting House Sergeant-at-Arms, Timothy Blodgett, sent a notice informing “all persons,” including lawmakers, staffers and reporters, that they will be subject to security screenings starting at 6 p.m. ET on Tuesday. Metal detectors have been set up outside the House chamber. The Senate has not yet issued any additional protocols.

“Failure to complete screening or the carrying of prohibited items could result in denial of access to the Chamber,” the memo read.

The latest procedures come after the Capitol erupted into chaos last Wednesday, leaving Washington, DC, along with the rest of the nation concerned over the security failures. The Federal Bureau of Investigation and Department of Justice on Tuesday stated that they have opened an unprecedented investigation into the Capitol siege, opening more than 160 subject files and charging 70 cases so far. Threats of additional violence also loom ahead of President-elect Joe Biden’s inauguration on January 20.

Since the turmoil, at least three members of Congress have also tested positive for coronavirus. They have pointed blame to several members, particularly Republicans, who had been maskless while sheltering-in-place last week.

Blodgett, who recently became the House’s chief law-enforcement officer after Sergeant-at-Arms Paul Irving resigned last week, emphasised on Tuesday that Congress members are “required to wear masks when entering and while in the Chamber.”

“Members not wearing a mask will not be admitted to the Floor and Members who fail to wear a mask will be removed from the Floor,” the notice stated.

The House is also swiftly moving to impose a fine system that would penalise members who refuse to wear a mask, according to a senior Democratic aide, reported by multiplenewsoutlets. It includes a $US500 fine for a first-time offence and $US2,500 for a second offence, which would be deducted from the lawmaker’s pay. The language will be considered on Tuesday evening during a vote on Democratic Rep. Jamie Raskin’s resolution that calls on Vice President Mike Pence to invoke the 25th Amendment to remove Trump from office. Insider has previously reported that Pence has opposed the idea, though the House is expected to pass the measure.

In the notice, Blodgett also reminded Congress members that any firearms they carry are “restricted to a Member’s Office,” reiterating a 1967 rule that lawmakers are allowed to keep guns in their offices. Freshman Republican Rep. Lauren Boebert of Colorado released an ad last week, before the riots, in which she said that she intends to carry her glock around DC and the Capitol.