Congress' response to the 2008 financial crisis sparked a decade of inequality and resentment. The US is now repeating that mistake. 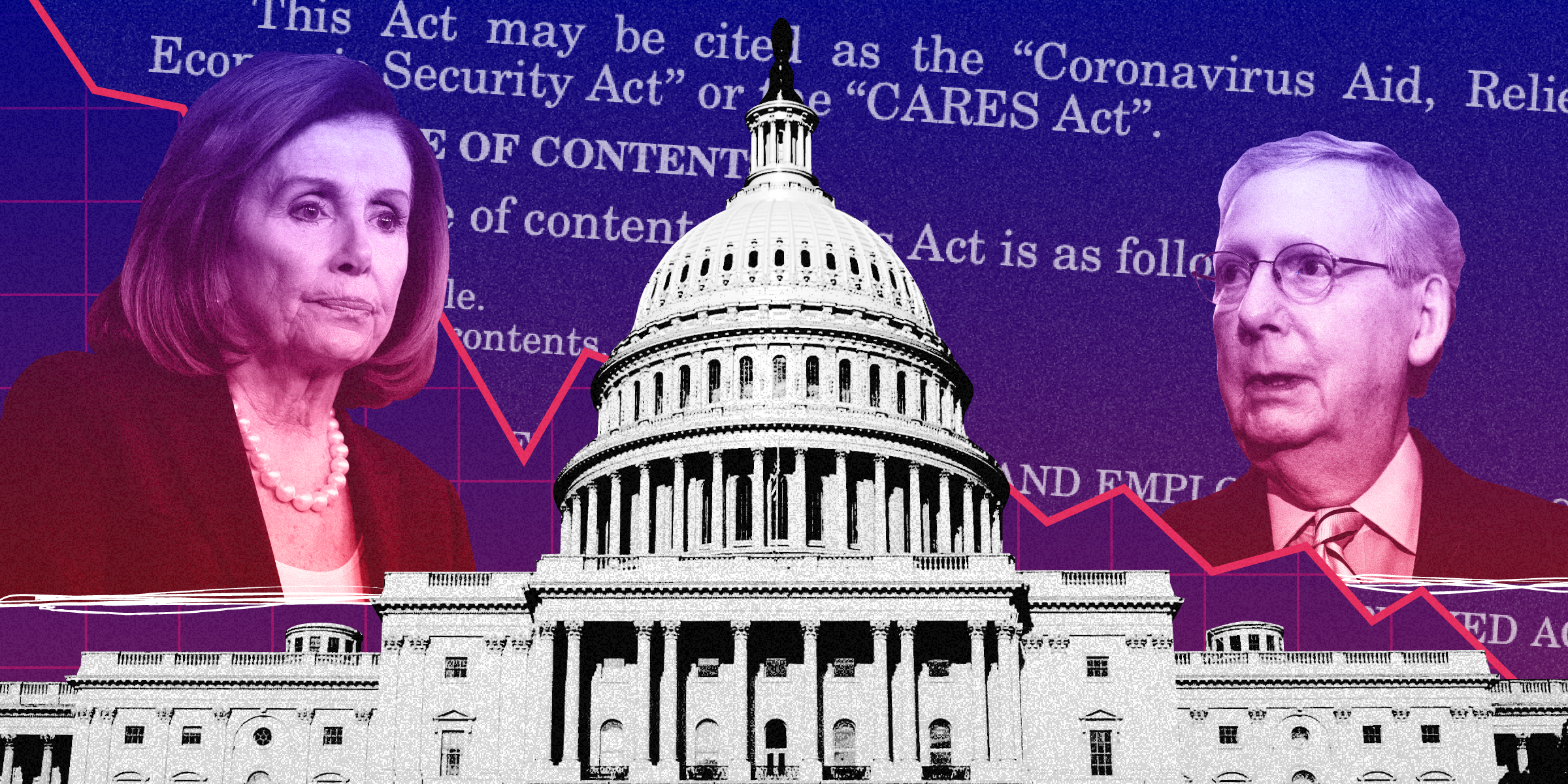 America entered the new decade undergoing its longest economic expansion in history. The onset of 2020 saw employers jostling to hire workers, prompting retirees, disabled people, and others long shut out of the labour force to leap back in. Wages rose for workers at the bottom. Jobs were abundant as the US climbed out of the once-in-a-generation crisis from the Great Recession.

The coronavirus pandemic abruptly halted that momentum, and caused another generational emergency only a decade removed from the last one. Now, the stunning speed and ferocity of the nation’s economic collapse over the last three months rivals the Great Depression nearly a century ago.

Nearly 40 million Americans have filed for unemployment, a figure equivalent to the population of California. Scores of businesses across the country are going bankrupt, and many furloughs threaten to become permanent. Those components are deepening a downturn that’s inflicting devastation on millions of livelihoods.

In order to help businesses and individuals survive the economic shutdown, Democrats and Republicans in Congress along with the Trump administration have crafted deals authorizing $US3.5 trillion in government spending. But the fragile consensus around the early response has quickly melted away – just as the lifeline of federal assistance is set to expire this summer for jobless Americans with little prospect of a quick economic rebound.

Despite the bleak economic portrait, conservatives are urging to wait-and-see before electing to support another round of massive spending, citing alarm over the ballooning federal debt. By contrast, the Democratic-controlled House recently passed a $US3 trillion rescue package to aid states and individuals, only to have it declared dead-on-arrival in the GOP-held Senate by Sen. Majority Leader Mitch McConnell.

These deepening political rifts have created a situation where lawmakers risk blowing the economic response to the pandemic. And it’s setting the stage for an uneven recovery similar to the years after the 2008 financial crisis. The subsequent decade saw inequality accelerate as incomes stagnated for the middle class while the wealthiest Americans saw increased prosperity. It was ultimately a trend that touched off political revolts in both parties.


Read more:
A part-time real-estate investor quit his traditional job 5 years after snagging his first deal. He shares his no-hassle strategy that’s allowed him to travel the world with his 6 kids.

“Absent additional interventions from Congress, we’re going to have a really imbalanced recovery where large businesses recover pretty quickly, and regular people don’t,” said Amanda Fischer, the director of policy at the Washington Centre for Equitable Growth, a left-leaning think-tank focused on inequality.

Fischer added that mechanisms to direct government aid to corporations are working efficiently, while it is “very rickety and laggard” for people and small businesses.

Still, experts say there are bright spots in efforts to assist struggling people this time. Robert Reich – the former labour secretary under President Bill Clinton – points to the $US600 weekly boost in unemployment payments and the one-time $US1,200 stimulus checks under the CARES Act, but notes it’s not enough to tide people over meaningfully.

“In implementation, it turns out people have not gotten very much,” he told Business Insider. “The real question here is how much money will be trickling down to average working people.”

Now is the time to set aside stinginess on federal spending

To illustrate the scale of the current challenge, it helps reviewing the federal government’s response to the last crash, which was largely caused by reckless risk-taking by financial institutions and woefully inadequate government regulation. The ensuing meltdown brought the global economy to the brink of a depression.

In 2008, in order to combat what ended up being the worst economic downturn since the 1930s, Washington scrambled to assemble a $US700 billion bailout of the financial sector that President George W. Bush signed into law. Then his successor, President Barack Obama, approved a $US830 billion stimulus package shortly after taking office in February 2009.

Even before its signing, the stimulus prompted criticism from some economists that the new administration wasn’t ambitious enough in its drive to revitalize the economy. It grew dismally for years afterward as a result. The Obama White House had watered down sweeping proposals out of fear Republicans would reject the hefty price tags, Vox reported.

The economic effects garnered from slimmed-down stimulus were slow to materialise, providing deficit-minded Republicans an opening to attack it as a colossal waste of taxpayer dollars. Yet there’s a shared consensus among experts the rescue eventually boosted the economy and the nonpartisan Congressional Budget Office concluded it created up to 4.8 million jobs.

The stimulus, though, also represented a missed opportunity to inject a stronger adrenaline shot and speed up growth. The Obama administration also drew criticism for not building a stronger bridge for people crushed by debt, particularly distressed homeowners facing foreclosure.

Now, a lockdown designed to curb the spread of the virus has thrown every sector from retail to manufacturing into a tailspin. The situation also mirrors the last crisis: An economy in free-fall, along with Republicans and Democrats waging a furious battle over the scope of the next federal intervention.


Read more:
Bill Miller and 5 longtime value investors share 10 stock picks they’re betting on right now – and explain why these are the best companies for the crisis recovery

But it’s evident additional action is needed to salvage the economy. The CBO projected that unemployment will remain stubbornly high at 10% through next year – a figure matching the worst unemployment rate during the last recession.

There are early signs, though, that top Democrats are anxious about the final price tag. House Speaker Nancy Pelosi said earlier this month Democratic lawmakers had opted against putting federal aid on autopilot to avoid heightening sticker shock in their sizable spending package.

One thing working in favour of further intervention are low interest rates, which makes it cheaper to finance government spending and should enable a larger fiscal response compared to 2008.

“We’re going to have larger debt and deficit numbers than we’ve seen for a very long time,” Jared Bernstein, a senior fellow at the left-leaning Centre for Budget and Policy Priorities and former economic advisor to Joe Biden, told Business Insider. “But we’re also facing as large an economic challenge as we’ve seen since the Great Depression.”

Federal Reserve Chair Jerome Powell warned in a recent speech that a wave of bankruptcies and prolonged joblessness threatened to stymie a recovery unless the federal government acted fast.

“Additional fiscal support could be costly, but worth it if it helps avoid long-term economic damage and leaves us with a stronger recovery,” he said at a webinar at the Peterson Institute of International Economics. Powell previously said it was time to unleash the “great fiscal power” of the US to battle the pandemic’s catastrophic effects.

So far, federal efforts to aid individuals has been rooted in the $US600 boost in weekly unemployment checks, as well as the one-time $US1200 stimulus checks for tens of millions of Americans.

Yet unemployment benefits trickled to people, particularly for gig workers and contractors, the product of ageing, hollowed-out state safety nets. Around 60% of the 36.5 million people seeking to collect benefits have been paid what they have been owed, according to an estimate from Andrew Stettner, a senior fellow at the Century Foundation.

Other forms of assistance were quicker, such as the Payroll Protection Program designed to keep workers employed at small and mid-sized businesses. It’s drawn praise from some economists. Douglas Holtz Eakin, the president of the conservative American Action Forum, called it “the best part of the CARES Act” in a blog post.

But PPP missed some of the hardest-hit sectors. Leisure and hospitality – which includes restaurants and hotels – account for half the job losses so far but received only 10% of the money. The program was also criticised for allowing larger publicly-traded companies to suck up funding.

Many mum-and-pop shops failed to snag funds as well. “A lot of businesses are going to be left behind,” Fischer said.

Larger firms, meanwhile, are able to access a $US454 billion bailout fund managed by the Treasury Department as well as the Federal Reserve’s lending facilities, so they can prop themselves up. While the aid from Treasury comes with a few strings attached on limiting compensation boosts for executives, the same can’t be said for help from the Fed.

“There’s no constraints on buybacks, dividends or executive pay,” Reich told Business Insider. “Those subsidized loans could easily end up in the pockets of extraordinarily rich people and theres no reason to think anything will trickle down.”

As a result, Fischer believes there will more concentration among industries as small businesses shutter and corporations come out ahead, pointing to their gains in the stock market. The S&P 500 and Dow Jones Industrial Average both rose 4% in May, achieving its best two-month performance since 2009, The Wall Street Journal reported.

Experts are urging Congress to consider additional measures to provide assistance to more people, including rental and mortgage relief and extending the boost in weekly unemployment payments past July 31, the current end date.

There are also calls for the government to guarantee zero-interest loans for small businesses that could be repaid over several years.

The recovery after the Great Recession was highly unequal. From 2009 to 2017, US households in the top 1% reaped nearly 49% of the income growth, according to an analysis by Emmanuel Saez, a progressive economist at the University of California, Berkeley.

That environment prompted a populist backlash and political upheaval. On the left, progressives argued corporations had amassed excessive power and rigged the economy in their favour, animating Occupy Wall Street in 2011. Around the same time, the Tea Party movement on the right railed against federal spending and out-of-touch politicians.

The legacy of those movements helped unleash the energy behind the progressive presidential campaigns of Sen. Bernie Sanders in 2016 and 2020, who attacked wealth inequality and corporate power. Conservatives rallied behind Trump as he attacked illegal immigration in 2016 and pledged to fight for the country’s “forgotten men and women.” 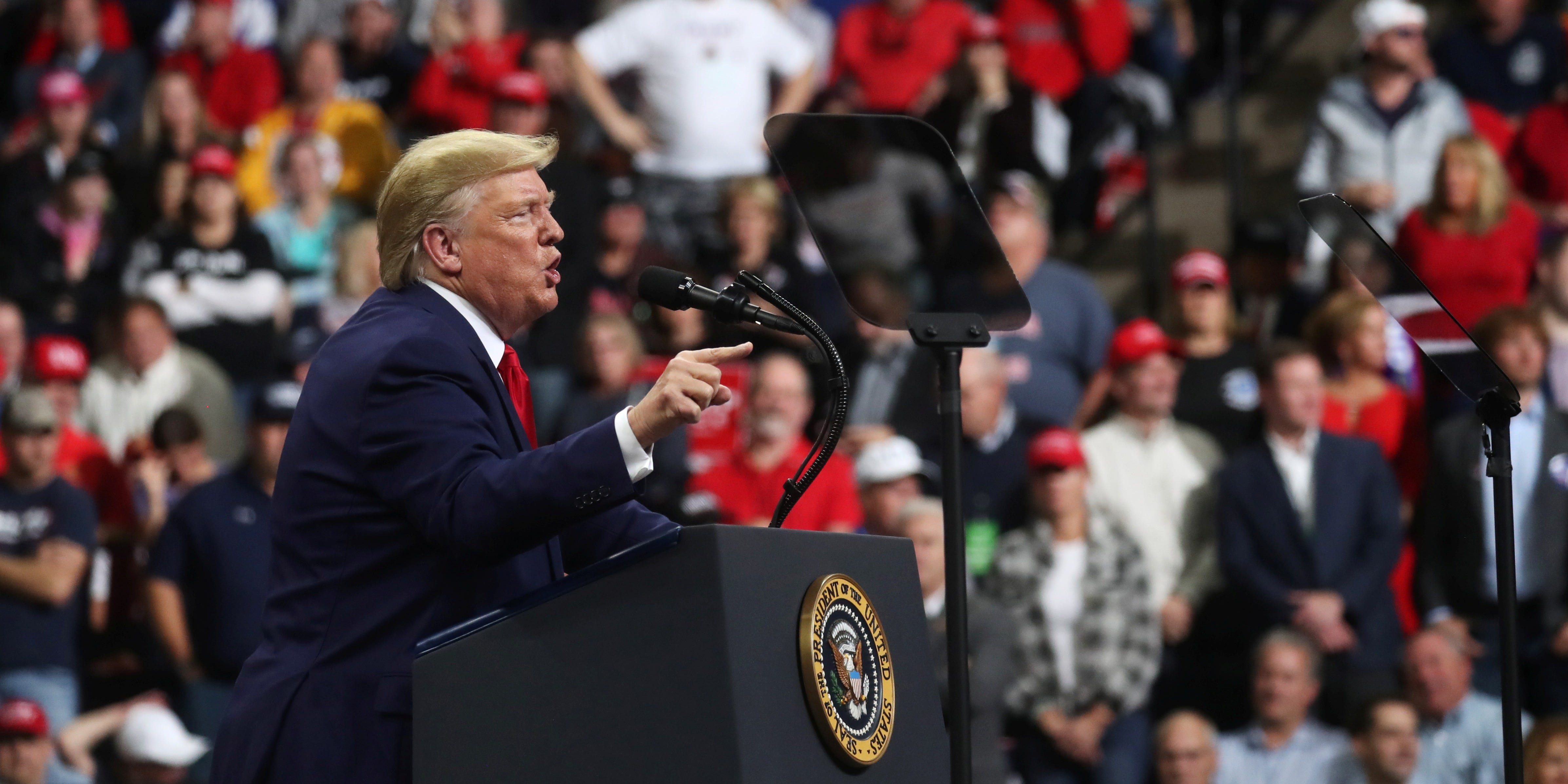 For now, broad majorities of the public back the government’s expanded role in the economy. A Wall Street Journal/NBC News poll released in April found around two-thirds of Republicans and Democrats support it, signalling confidence that the government is on the right course.

But another uneven recovery will cause anger and cynicism to fester and manifest itself in unpredictable ways down the road – similar to the political turmoil of the last decade.

“There will be some people that like government because of this and some people that are resentful that they got too little, or somebody else got more,” said Jason Furman, former chair of the Council of Economic Advisors during the Obama administration and now a Harvard professor.

The nation is now convulsed by a wave of large demonstrations against the police killings of black Americans, another element that’s deepened the health and economic crises the US is facing.

William Galston, a senior fellow studying governance at the Brookings Institution, says relief efforts will backfire if federal dollars flows to corporations and the wealthiest people atop the economic pyramid. The end result will hinge on whether people come to see it that way as well.

“There is an economic justification for these rescue packages,” Galston told Business Insider. “But they’re going to flunk a political test if a lot of people come to believe that the rich and powerful once again exploited the rules of the game or they were rigged in their favour.”


Read more:
David Herro was the world’s best international stock picker for a decade straight. He breaks down 8 stocks he bet on after the coronavirus decimated markets – and 3 he sold.