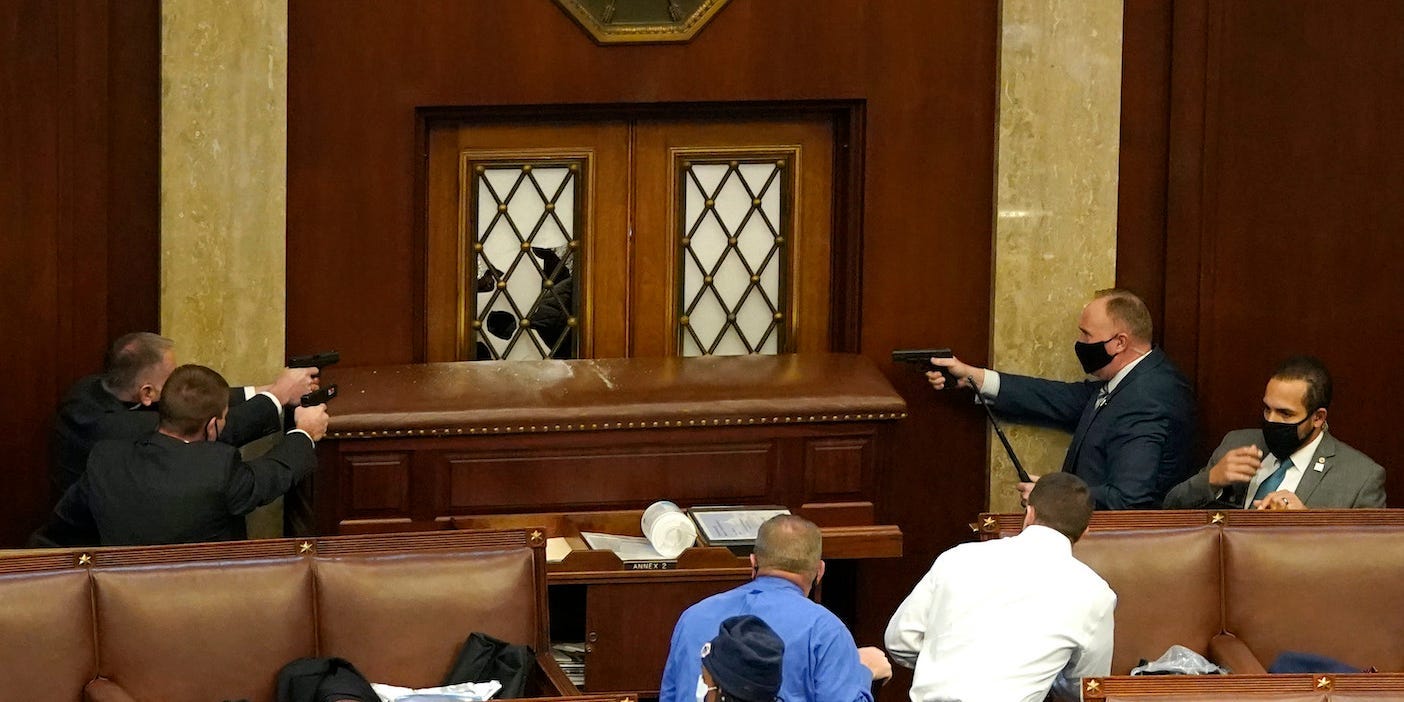 Drew Angerer/Getty ImagesLaw-enforcement officers point their guns at a door that was vandalised in the House chamber on Wednesday.

Capitol police officers barricaded the door to the House chamber and drew their guns in an apparent standoff with Trump supporters on Wednesday.

Images showed officers and security officials pointing their guns at the door. The nature and extent of the threat outside from protesters wasn’t immediately clear.

Lawmakers, staffers, and reporters had been told to evacuate the chamber and shelter in place, and tear gas was deployed in the rotunda.

The capitol has been breached and there’s a fucking armed standoff at the House door.

they broke into the building through the windows

This is a bit too late https://t.co/okBPGWwykA

A video taken from the gallery of the chamber showed a tense scene.

Video from the chamber. pic.twitter.com/UKF7MScHKN

A local TV-news reporter said a paramedic told her someone was shot inside the Capitol. It was unclear whether it happened near the standoff.

Rioters also made their way onto the Senate floor.

A protester hangs from a balcony in the #Senate Chamber after Trump supporters breached the U.S. Capitol in Washington, DC #USCapitol #CapitolBuilding ????: @WinMc pic.twitter.com/pzRG8DeNq1