Congressional Republicans proposed a spending deal late Tuesday night to fund the government through 2016, and it places new restrictions on the use of federal funding for gene editing, Politico reported.

The House and Senate are expected to pass the legislation soon. Obama will have to sign the bill or face the prospect of a government shut down.

The $1.1 trillion Omnibus Spending Bill contains a provision that outlaws the use of federal money for research that involves genetically modifying human embryos, a topic of intense debate.

The technology in question, known as CRISPR/Cas9, allows scientists to precisely and easily tweak the genomes of any organism. It has already been used by Chinese scientists to modify human embryos, though not ones that were capable of surviving until birth.

Specifically, the bill specifies that none of the funding be used “in research in which a human embryo is intentionally created or modified to include a heritable genetic modification.”

The funding ban comes on the heels of an international summit on human gene editing in Washington, DC, in early December, when scientists and bioethicists decided not to ban gene editing of human cells that can be inherited by the next generation, but urged caution until the relevant safety and efficacy issues have been resolved and there is “broad societal consensus” about the use of the technology.

Proponents of gene editing say it has the potential to cure genetic disease and end a lot of suffering. But critics warn that it could lead to the creation of designer babies with specially selected traits like height or intelligence, reviving eugenics fears.

Politico reported that the spending bill also expands the National Institutes of Health’s annual budget by $2 billion to a total of $32 billion, including $350 million for Alzheimer’s research. In addition, the Food and Drug Administration will get an additional $133 million for a total of $2.7 billion, which includes additional funding for President Obama’s Precision Medicine Initiative. 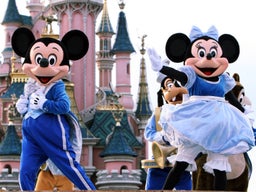