The Trump campaign held a press conference in the parking lot of the Four Seasons suburban landscaping centre, instead of the luxury Philadelphia hotel 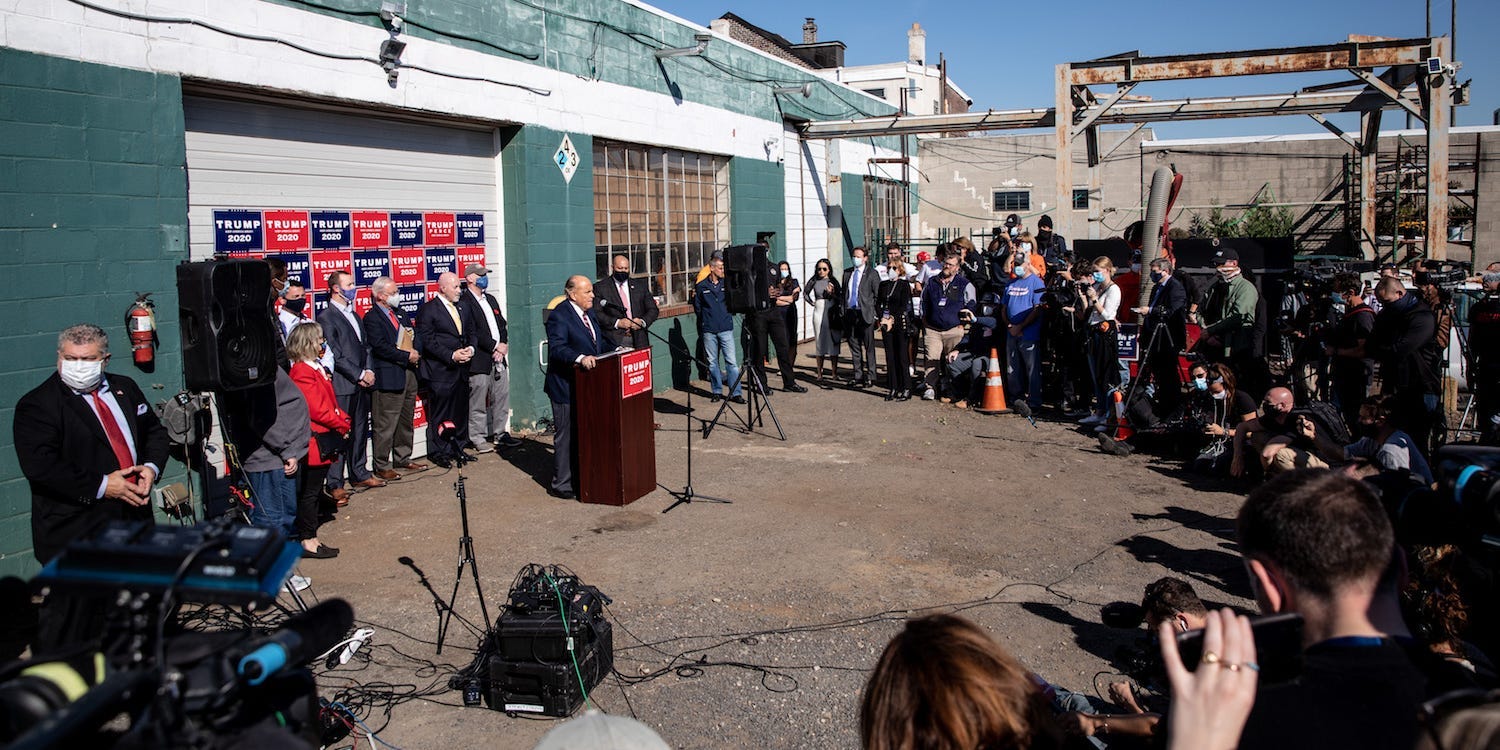 Chris McGrath/Getty ImagesRudy Giuliani speaks to the media at the press conference in Philadelphia.

The Trump campaign seemingly booked the wrong venue for a press conference on Saturday, holding it in a parking lot of a landscaping company called Four Seasons instead of the five-star luxury hotel.

Less than an hour before major networks announced that Joe Biden was projected to win the 2020 presidential election, President Trump announced in a since-deleted tweet that his legal team would be holding a press conference at Four Seasons in Philadelphia.

However, what was supposed to be the noted five-star luxury hotel ended up being a car park outside a small landscaping firm called Four Seasons on the outskirts of the city.

The business is located between a crematorium and an adult book store called Fantasy Land. According to Google Maps, it is a 20-minute drive away from the Four Seasons hotel in central Philadelphia. 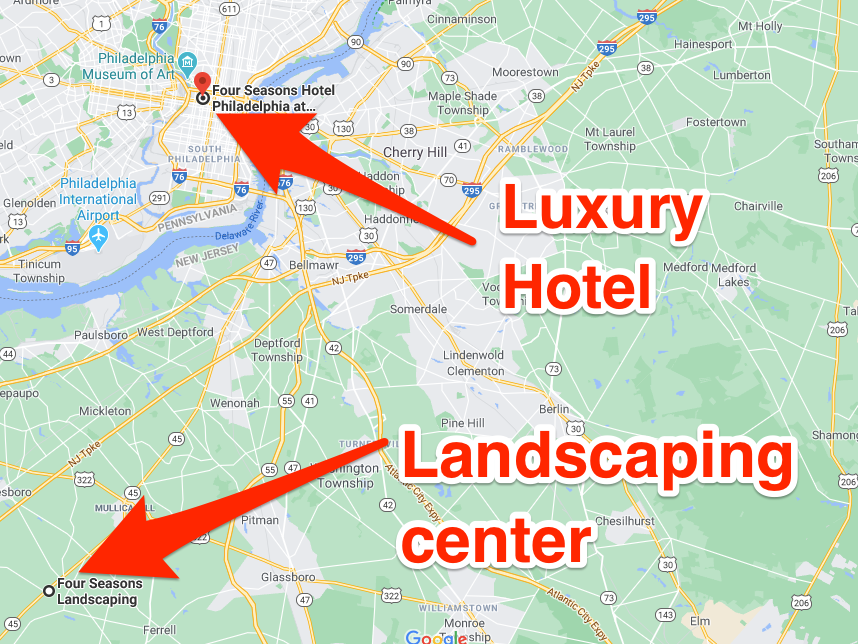 The president later clarified in another tweet that the “big press conference” would take place at Four Seasons Total Landscaping.

The Four Seasons Hotel also confirmed on Twitter that the press briefing would not be happening on its premises and that it has “no relation” to the landscaping company.

Some reporters expressed their confusion online after they were asked to travel to the landscaping company for the briefing.

“Is Donald Trump convening the world’s press at a small landscaping company on the outskirts of Philadelphia?” a reporter for the Independent tweeted.

Guiliani was interrupted in the middle of the press conference when the news broke that Biden had won the presidential election.

When a reporter told Giuliani that all the networks had called the race, the former New York mayor threw his arms up and responded sarcastically: “All of them! Oh my goodness! Wow, all the networks! We have to forget about the law, judges don’t count!”

Some reporters had already left before the delayed press conference even began. Trump, who was golfing, was not present.

Decision Desk HQ and Insider called the race for Biden at 8:50 a.m. ET on Friday, while other news outlets including The AP, NBC, CNN, The New York Times, The Washington Post, and The BBC called the election for Biden shortly after 11 a.m. ET on Saturday.

There is no evidence to support any of the claims Giuliani made during the press conference.

As Business Insider previously reported, this election was one of the safest and most secure because of the use of paper ballots and voting machines with verifiable paper trails.

Business Insider has reached out to the Trump campaign for comment.