The city of Charlottesville announced on Friday that it will remove two statues of Confederate army generals from a park nearly four years after the violent “Unite the Right” rally.

According to a news release on Friday, the Charlottesville City Council voted unanimously on June 7 to remove the statues depicting Robert E. Lee and Stonewall Jackson, two of the most well-known Confederate army generals during the Civil War, from Market Street Park and Court Square Park. On July 7, according to the news release, the City Council allocated $1,000,000 towards the “removal, storage, and/or covering” of the Sacajawea, Meriwether Lewis, and William Clark statue, in addition to the Lee and Jackson statues.

The push for the removal of the Robert E. Lee statue was originally brought via petition to the Charlottesville City Council in March 2016. In August 2017, the “Unite the Right” rally, a gathering of white supremacists, neo-Nazis, Ku Klux Klan members, and other far-right groups, aimed to preserve the Robert E. Lee statue, led to at least one death and more than a dozen injuries of anti-racist counterprotesters, according to CNN.

The city opened up a “30-day offering period” beginning June 7 to solicit inquiries from museums, historical societies, government organizations, or military battlefields for the acquisition of the statues. While the city has received 10 inquiries thus far, the City Council will place the statues in storage until a decision is made on the final placement of the statues post-removal.

Viewing areas for the removal of the statues will be available to the public, but the exact time of the removal is contingent upon weather and other unspecified conditions. 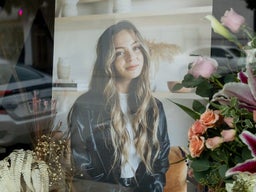