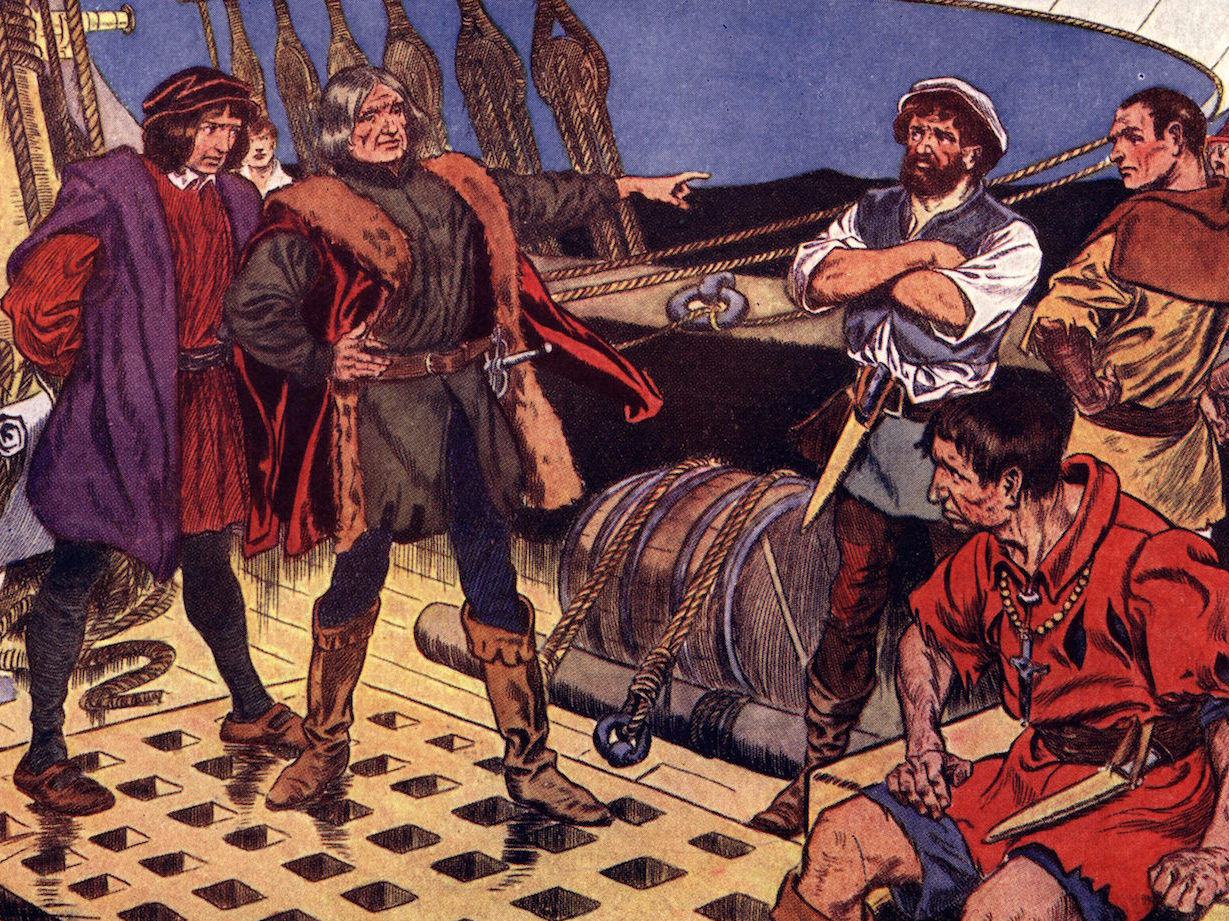 Hulton Archive / Stringer / Getty ImagesColumbus sailed the ocean blue, and did some pretty horrific things, too.

Columbus Day has become one of the more controversial holidays in the US.

A number of cities across America have already swapped it for Indigenous Peoples’ Day. Detractors argue Genoese explorer Christopher Columbus brought along slavery, disease, and death when he colonised the Caribbean for Spain, and should therefore not be hailed as a hero.

Proponents of Columbus have labelled efforts to topple the holiday as a case of political correctness run amok, arguing that he is an important part of Italian American heritage.

In the past couple of years, more cities and states have opted to celebrate Indigenous Peoples’ Day simultaneously â€” or in lieu of â€” the holiday, as indigenous activists and protesters highlight Columbus’s gruesome violence and history of slavery.

Either way, the fact it’s a debate at all is unusual, considering Columbus himself never even made it to North America â€” let alone the portion of the continent that would one day become the US. And his actions in the Caribbean and Central America were controversial even by early modern standards. He wasn’t simply a navigator whose arrival in America set off a wave of destruction. Columbus actively participated in some pretty gruesome crimes himself, in his pursuit of profit.

On Hispaniola, Columbus served as the governor of Spain’s new territory. The Spanish colonizers enslaved the native TaÃ­no people, forcing them to work in gold mines. Harsh conditions, starvation, and disease decimated the local population, according to Smithsonian Magazine.

In some areas, native individuals above the age of 14 were forced to collect a certain amount of gold powder in order to receive a token, Smithsonian Magazine reported. If they failed to meet the quota, their hands would be hacked off.

Historians have recognised a phenomenon of the Black Legend, a historical phenomenon in which non-Spanish historians attempt to portray the Spanish as the most brutal European colonizers.

To address the rumoured abuses and incompetence of Columbus, Francisco de Bobadilla travelled to Hispaniola. After collecting testimony from the governor’s allies and enemies alike, he assembled a report alleging Columbus and his brothers were hapless tyrants. The report contained horrific allegations of torture and mutilation.

Modern day Columbus supporters have portrayed Bobadilla as a dishonest usurper, but Queen Isabella and King Ferdinand did jail Columbus and his brothers for six weeks in response to the report. While he was freed and sent on another voyage, Columbus was not reappointed as governor.

So how did Americans come to celebrate the legacy of Christopher Columbus in the first place?

The Columbus fever caught on as far back as the Revolutionary War, and only began to truly break for the general public in the 20th century.

Venetian explorer John Cabot was in fact the first European explorer to reach the continent in 1497, aside from the Vikings that settled in Canada. But he had claimed the land for England. During the clash between the colonies and the Crown, this proved to be a rather politically incorrect fact, Smithsonian Magazine reported.

After securing independence from England, Americans began naming almost everything after the explorer. Towns, rivers, landmarks â€” even our capital city â€” bear his name.

When Italian immigrants began arriving in the US in the 19th century, they faced nativist hostility and violence, according to the Library of Congress. Columbus became an important symbol for the community â€” despite the fact early modern Genoa considered itself more of a “fiercely independent” city state than a true Italian city, the Washington Post reported.

“What better symbol to mobilize and Americanize these immigrants than one of their own?” writes Sam Wineburg in the Los Angeles Times.

US President Benjamin Harrison spurred national admiration by holding up Columbus as a symbol of patriotism and declaring the anniversary of his arrival in the Americas a holiday. The New York Times reported there was even a petition to canonise Columbus in 1909, which the Vatican swatted down.

A few decades later in 1937, Columbus Day was officially established as a federal holiday under US President Franklin Roosevelt.

Many American cities and states are rethinking celebrating Columbus’s legacy

Indigenous Peoples’ Day has gotten more traction in recent years, especially as Columbus’s history as a colonizer and enslaver is viewed in the wider context of America’s own history of slavery and systemic racial oppression.

Over the summer, at least one statue of Columbus was toppled in Baltimore amidst protests calling for racial justice, reparations, and decrying police violence. As the Baltimore Sun reported, the protesters who took the statue down called for removing statues “honouring white supremacists, owners of enslaved people, perpetrators of genocide, and colonizers.” 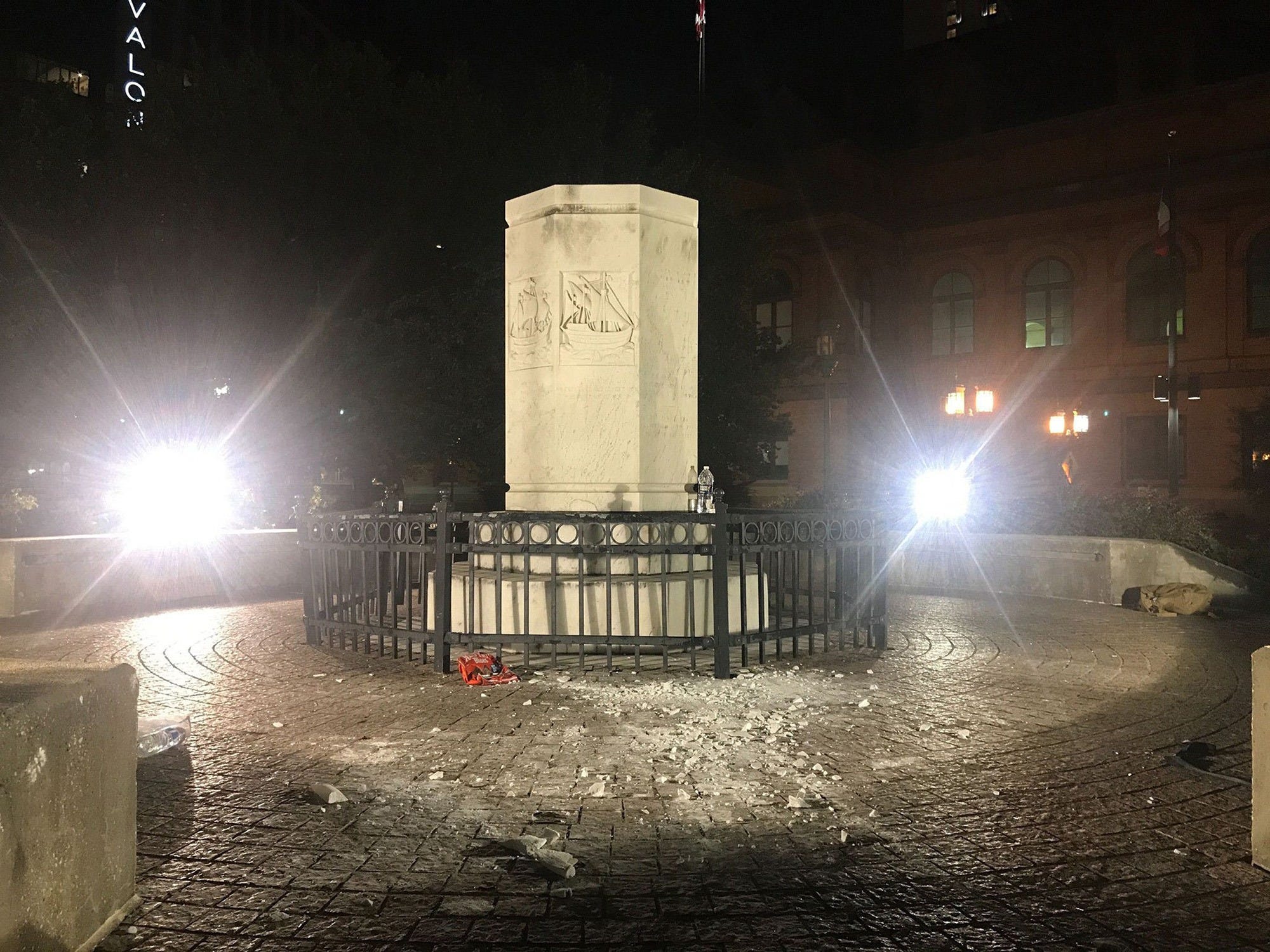 Karl Merton Ferron/Baltimore Sun/Tribune News Service via Getty ImagesRemains of the Christopher Columbus statue near Little Italy after it was ripped from its pedestal and dragged into the Jones Falls by protesters in Baltimore on Saturday, July 4, 2020.

Indigenous Peoples’ Day is not a new development: As Business Insider reported, protests against the celebration of Columbus Day first began in the 1980s. South Dakota began to observe Native American Day instead of Columbus Day in 1989, following pressure from activists.

But American Indians in Berkeley, California were the first to officially celebrate Indigenous Peoples’ Day in 1992 â€” 500 years after Columbus’s original voyage.

In recent years, more cities and states have adopted the holiday.CNN reported that over 130 cities have chosen to swap Columbus Day for Indigenous Peoples’ Day. And, according to USA Today, 14 states officially celebrate it.

Ultimately, a wave of public support was heaped upon the innocuous â€” and fictional â€” image of an entrepreneurial, adventurous Renaissance seafarer. Now, it’s more common knowledge that Columbus sailed the ocean blue in 1492 â€” and did some other horrific things, too.