LIVE UPDATES: Sanders raced to a swift victory in Colorado, but the news is still grim for his delegate count 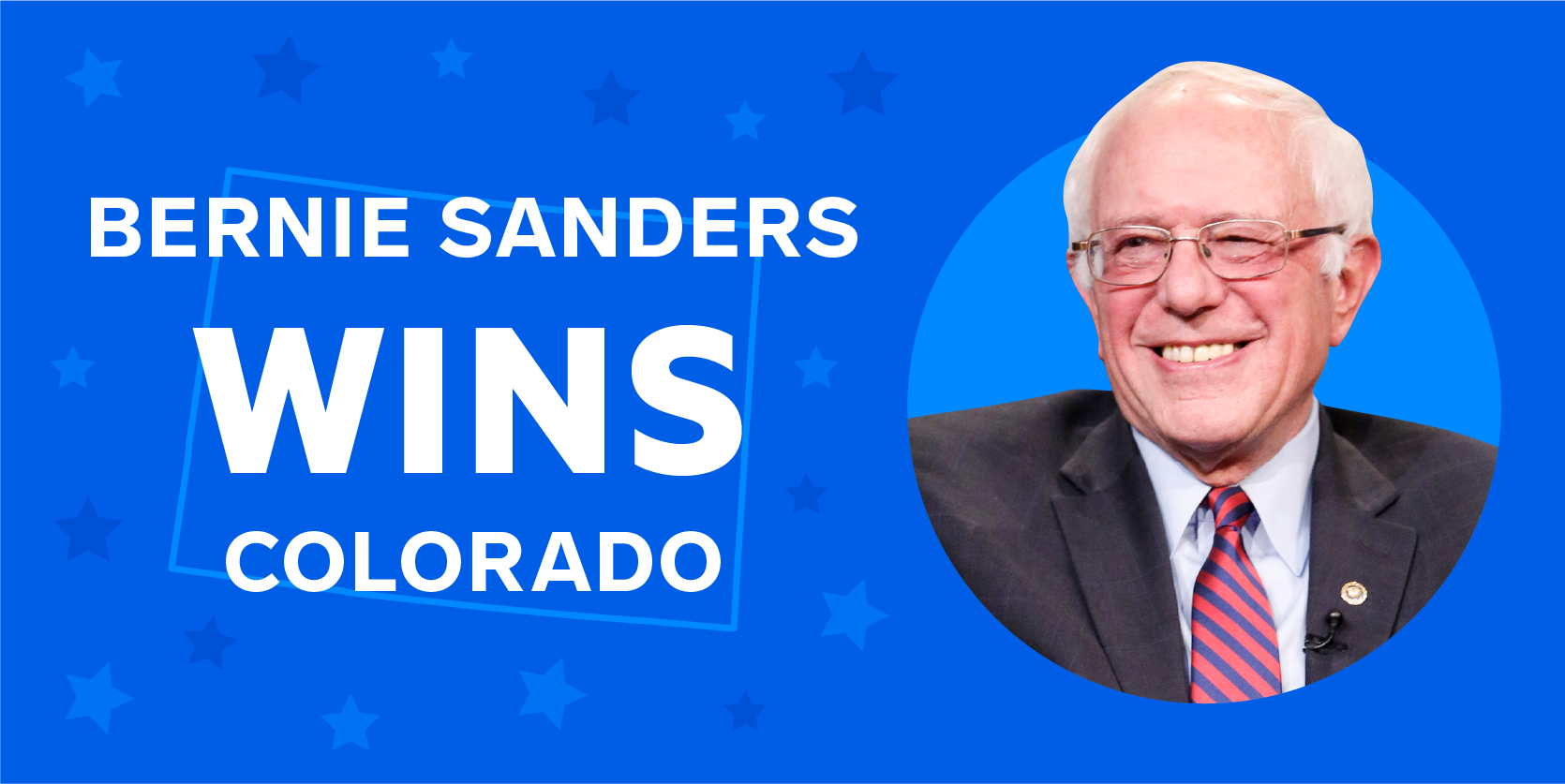 Sen. Bernie Sanders cruised to a ready victory in the state of Colorado.

Sanders’ victory in the Centennial State was declared almost immediately.

Sanders has accrued 186 delegates on Tuesday. Biden has dominated delegate count tonight, picking up 242 so far. But political commenters have observed that, despite the win, the news isn’t all good for Sanders in Colorado.

The best state of the night so far for Sanders is Colorado. But the terrible news for him: because Biden, Bloomberg and Warren are all above 15%, his CO delegate haul will be fairly miniscule.

With 500K votes counted in Colorado, arguably Sanders's best state outside of Vermont, all 4 of the major candidates are above the 15% threshold. If that holds, that very severely limits Sanders's delegate haul here.

This stuff is killing Sanders as much as a huge loss in VA.

The 2020 contest was Colorado’s first presidential primary in 20 years, according to CPR News. Residents of the Centennial State voted to do away with the longtime caucus system in favour of primaries in 2016.

Colorado ran a semi-closed primary. According to the Denver Post, all affiliated and unaffiliated voters in Colorado previously a primary ballot in the mail. Unaffiliated voters received two ballots, one for each party. Voters were barred from participating in both the Democratic and the Republican primaries.

CPR News reported that Colorado’s primary may result in delays, although early results are expected on the evening of Super Tuesday.

What did the polls say about this primary?

In the run up to Super Tuesday, the polling in Colorado looked favourable to Sen. Bernie Sanders.

According to RealClearPolitics’ pre-primary accrual of polling data, both Magellan and Data for Progress were both reporting Sanders in the lead, with respective spread of 12 and 14.

Sanders had an 87% chance of winning the most votes, according to FiveThirtyEight’s election forecast.