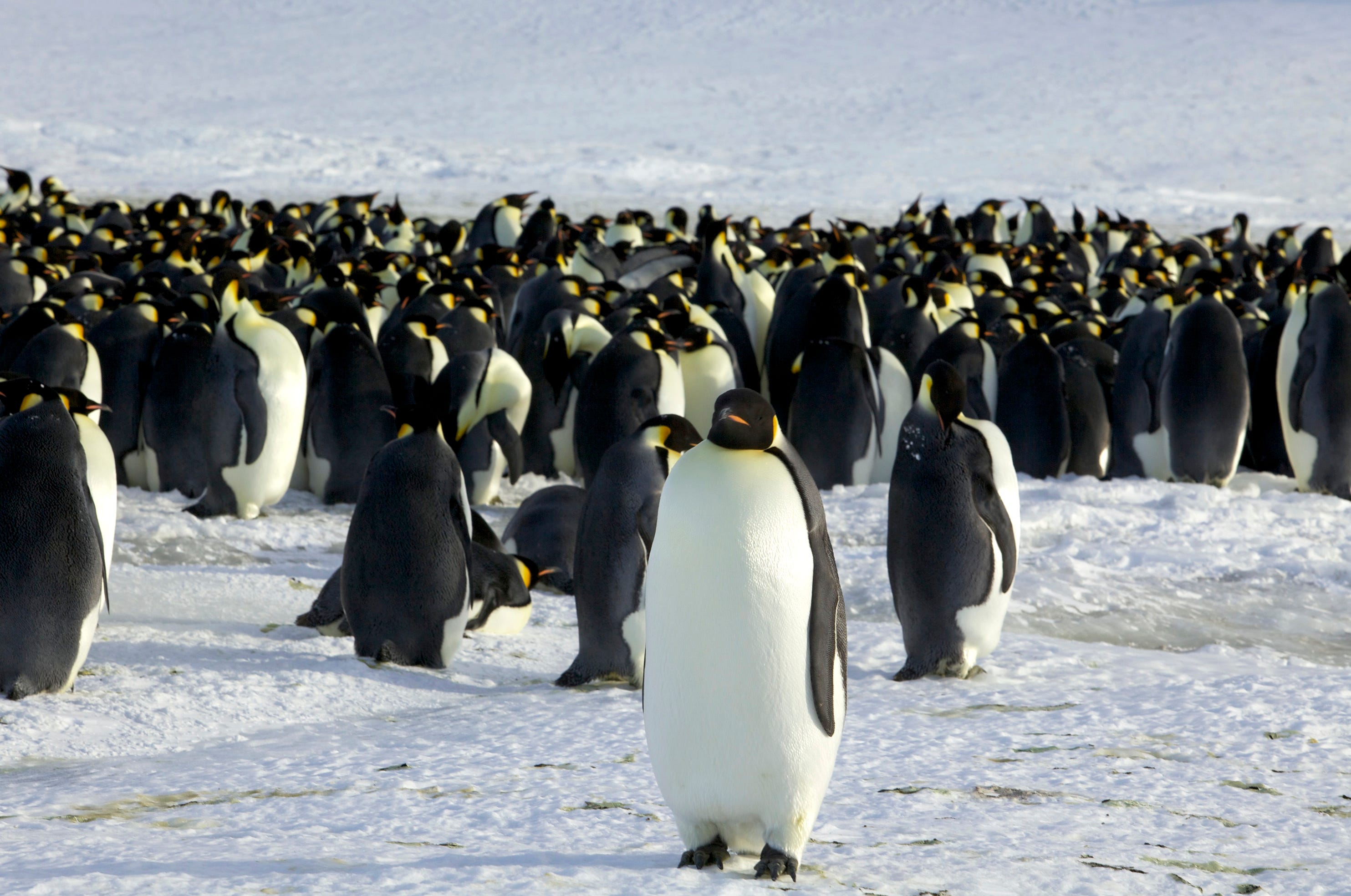 Martin Passingham/ReutersA discovery of 11 emperor penguin colonies means there are at least a half million of the flightless birds waddling around.

British scientists have discovered 11 new emperor penguin colonies in Antarctica, a nearly 20% jump from what was previously known.

The researchers from British Antarctic Survey used images from the European Commission’s Copernicus Sentinel-2 satellite mission to explore far off parts of the continent, according to the study published in the journal Remote Sensing In Ecology And Conservation.

For the last 10 years, the scientists had been looking for new colonies by searching for their guano stains on the ice. The birds, which are located in remote areas with temperatures as low as -58 degrees, are hard to study.

“This is an exciting discovery. The new satellite images of Antarctica’s coastline have enabled us to find these new colonies,” Lead author Dr. Peter Fretwell said in a statement. “And whilst this is good news, the colonies are small and so only take the overall population count up by 5-10% to just over half a million penguins or around 265,500 – 278,500 breeding pairs.”

Emperor penguins are especially threatened by climate change because the sea ice that they breed on is vulnerable, according to British Antarctic Survey.

Most of the newly discovered colonies are on the margins of the breeding range and are likely to be lost as the climate warms, the scientists say.

Research suggests that under the “best case scenario,” with a global temperature increase of only 1.5 degrees Celsius, the population of emperor penguins will decrease by at least 31% in the next three generations, according to British Antarctic Survey.