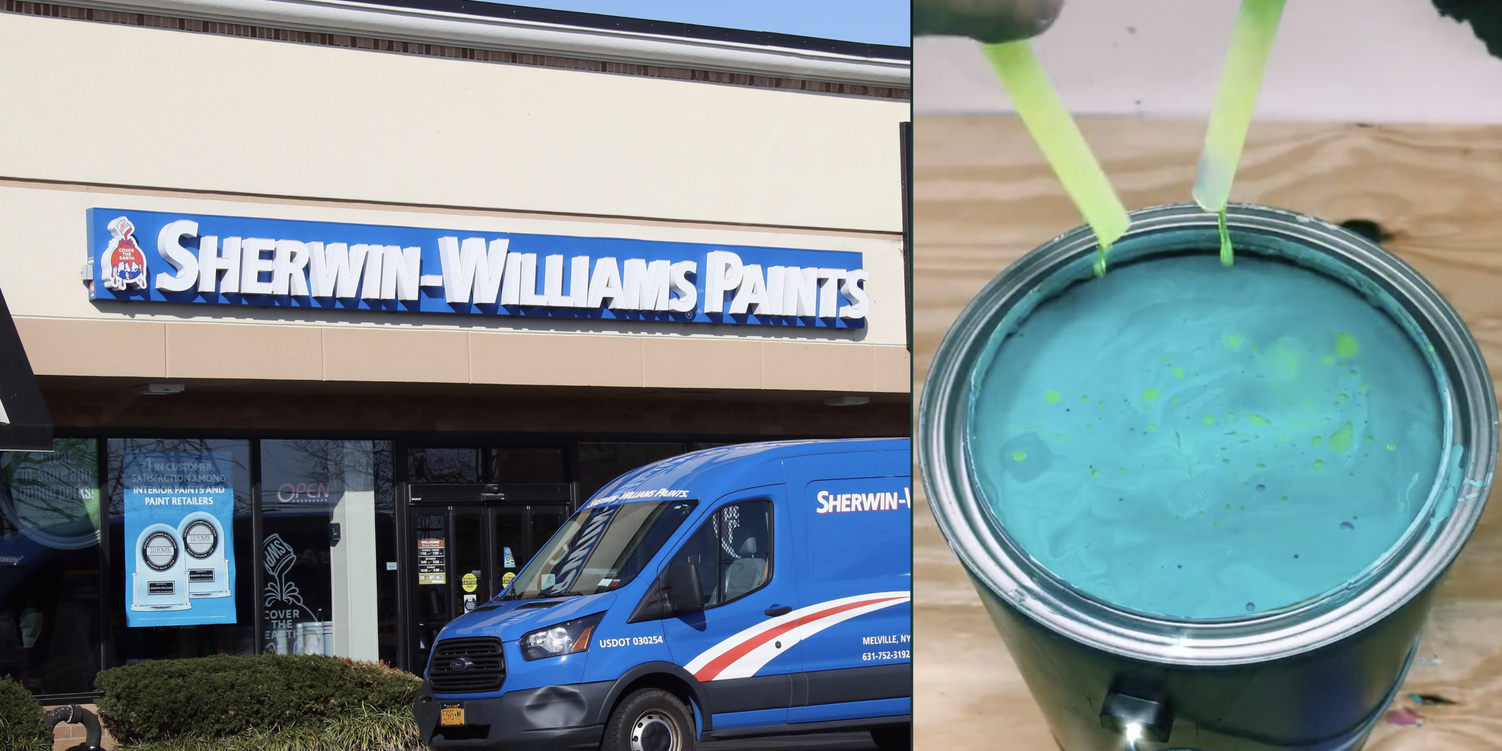 Tony Piloseno, a senior at Ohio University in Athens, Ohio, said he was fired from his part-time job at the local Sherwin-Williams store for making viral TikTok videos mixing paint.

The creator announced his firing earlier in November in a TikTok video that’s since gone viral, earning more than 6 million likes since he posted it. He was fired in late July after working at the paint shop for three years, he told BuzzFeed News.

“Last year, I started making paint videos at the store showing everyone how satisfying paint mixing could be,” he said in the video. “I noticed the videos were doing well and people seemed to be enjoying on TikTok.”

He added he had even created a presentation to show the Sherwin-Williams marketing department how TikTok could be beneficial to the company’s marking strategy, but he said the company wasn’t interested in viewing his presentation after several attempts at reaching the company’s vice president of marketing.

In the video, Piloseno said he was terminated for “gross misconduct’ after customers had called the company to ask about mixing blueberries in their paint, which Piloseno had shown in one of his viral videos. A company representative told BuzzFeed News he was fired because of “multiple Company policy violations” following a “customer complaint” but declined to further discuss his termination.

“We take all complaints seriously and thoroughly investigated the customer’s concerns,” the representative told BuzzFeed News.

He told BuzzFeed News that the company had first accused him of stealing the paint but that he had first recorded himself mixing paint for customers and in later videos had purchased the paint himself using his employee discount.

Piloseno, known on TikTok as @tonesterpaints, told The Athens News that his videos became popular “almost immediately” after he started making them last year.

“I mean honestly, I didn’t think they were going to fire me,” Piloseno told The Athens News. “Like I said, I really loved working for Sherwin-Williams. I loved the process of paint â€” everything about paint basically. I loved all my coworkers at the Athens store. I loved all the customers. The Athens community is very, very good.”

Piloseno has continued to make paint-mixing videos â€” and has more than 1.4 million TikTok followers â€” but said he had begun using his friend’s basement as a backdrop to mix the paint. He now gets his materials from Lowes, he told BuzzFeed News.

A GoFundMePiloseno started last week to raise funds to purchase more paint products has so far raised more than $US600.