A recent college grad is facing prison time for trying to fix a St. John's basketball game by bribing friends on the other team 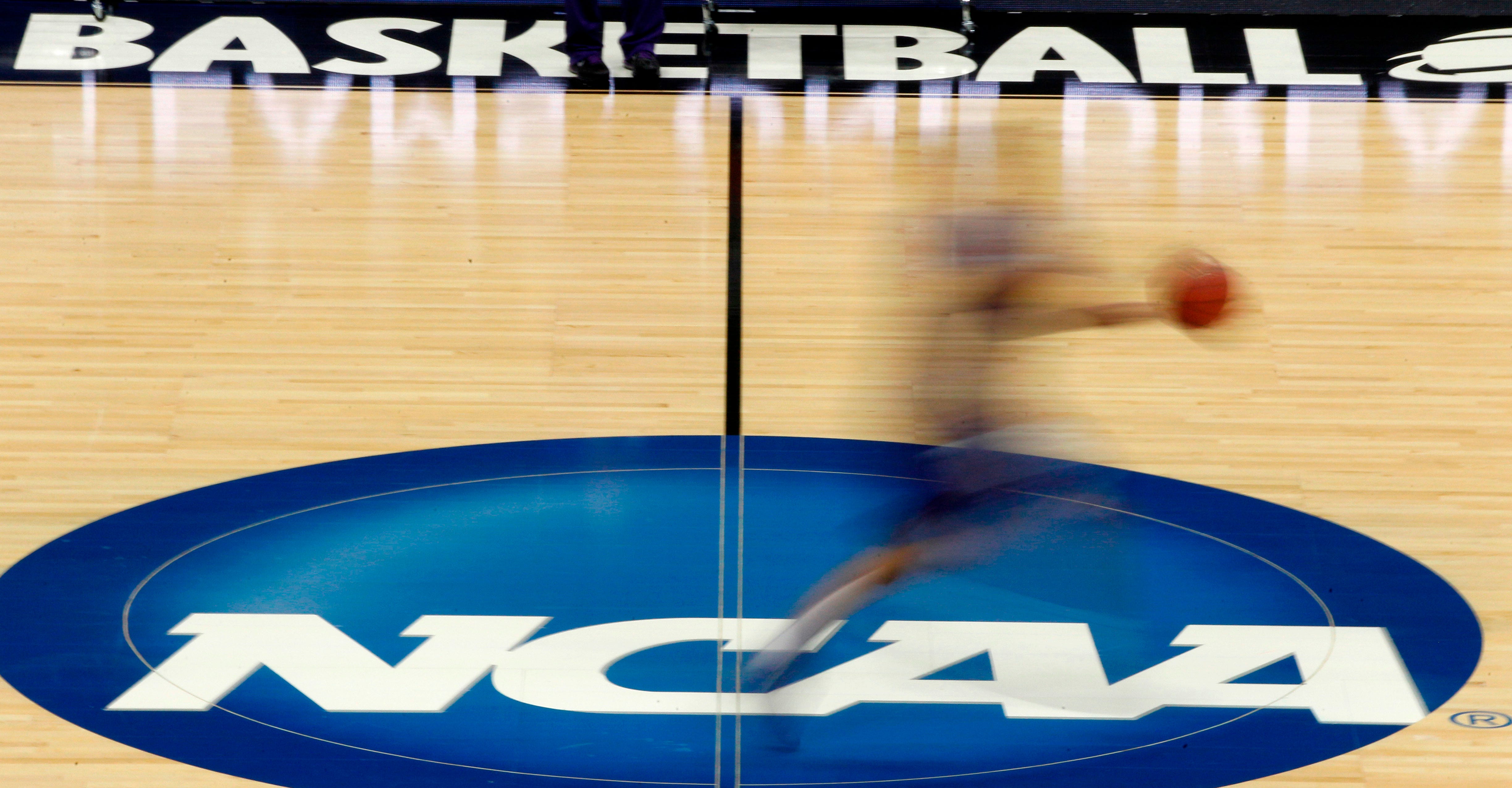 Associated PressFILE – In this March 14, 2012, file photo, a player runs across the NCAA logo during practice in Pittsburgh. The NCAA is moving closer to permitting Division I college athletes to earn money from endorsements and sponsorship deals they can strike on their own. Recommendations for changes to NCAA rules that would permit athletes to earn money for their names, images and likeness are being reviewed by college sports administrators this week before being sent to the association’s Board of Governors. (AP Photo/Keith Srakocic, File)

A recent college graduate’s elaborate – but failed – scheme to fix a Division-I NCAA basketball game at his alma mater has him facing up to six months in prison.

Benjamin Bifalco, a 25-year-old Staten Island, New York, native who graduated from Wagner College in 2019, pleaded guilty to attempting to bribe players on his school’s basketball team to lose a 2018 game against the heavily-favoured St. John’s Red Storm. He hoped that in exchange for thousands of dollars, Seahawks stars would ensure the team lost by more than 20 points to take home a big payday, per the New York Post.

In relaying his plan to childhood friend Joseph Amato Jr. – a Colombo mob-family associate – Bifalco said the Seahawks players in question were his friends. During the conversation, which was recorded in an FBI wire-tap, Bifalco claimed he had offered three of the team’s starters $US7,500. In exchange, they promised “‘to do everything in our f—— possibility'” to lose the game by the necessary margin.

“Let me explain the scenario,” Bifalco told Amato, according to a transcript of the conversation acquired by The Post. “Wagner is four and four; that’s their record. They’re playing St. John’s. St. John’s is 9 and 0. I said, ‘If you guys lose by one point or you guys lose by 100, it don’t make a f—— difference. You’re gonna lose to St. John’s.’ They’re f—— unbelievable this year, and they might even make the NCAA tournament.”

Bifalco attempted to convince Amato to bet on the game as well, presumably to help cover the $US50,000 bet he planned to place on the spread. He added that he was still “trying to figure out” how to get his hands on the large sum of money but that he had done “research on like how to throw a game.”

Ultimately, Amato did not buy into his buddy’s plan. Despite telling Amato that he had already “personally” bet $US17,500 on the game, Bifalco was never able to raise enough funds to pay off players or place a bet.

In fact, Bifalco later told Brooklyn federal Judge I. Leo Glasser that while he “offered a sum of money to a player to lose by a certain amount of points” via Snapchat, “the player refused to accept the money [and thus] nothing further was done.”

It turns out that despite readily defeating the Seahawks during the game in question, St. John’s wasn’t able to cover the final 17-point spread. Even if Bifalco had managed to raise the money necessary to set his plan in motion, he would have lost it all.

Though his crimes could technically warrant a five-year prison sentence, a plea agreement his representation has arranged with the government has Bifalco facing a maximum of six months behind bars. Still, Bifalco and his lawyers hope he’ll avoid jail time altogether once his fate is sealed on August 18.

“Mr. Bifalco’s activities were more of inappropriate braggadocio than anything else,” attorney Vincent Martinelli told The Post. “We are hoping for a non-jail sentence.”