A parody Twitter account convinced fans, celebrities, and journalists that Colin Kaepernick was signed by the New York Jets, even though he wasn't 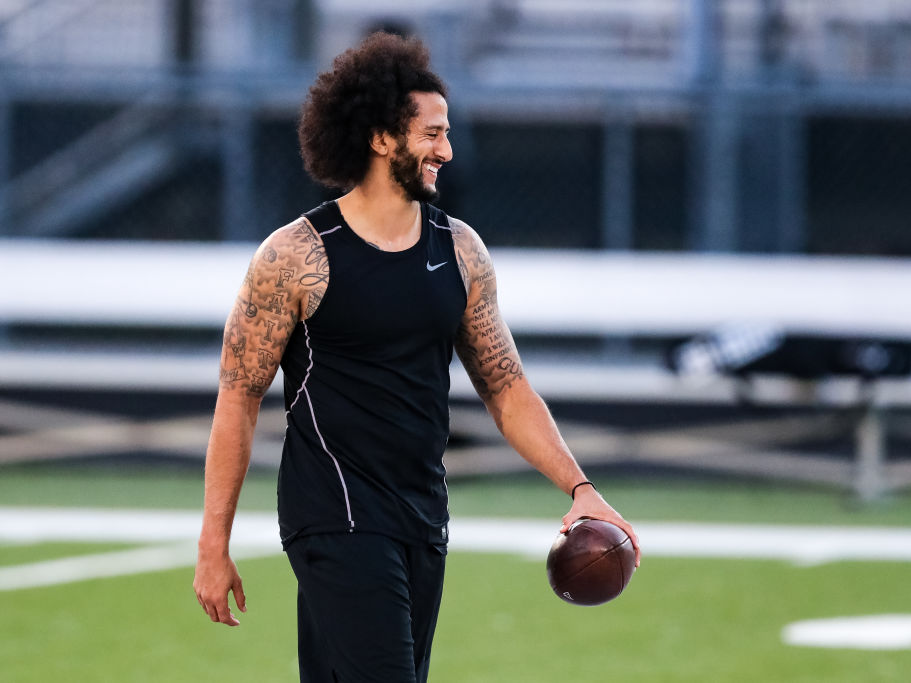 No, the New York Jets did not pick up Colin Kaepernick.

But many reporters, politicians, and fans on Thursday evening certainly believed that the former NFL quarterback had signed a $US9 million contract.

A parody sports-news account, @SuperToughScene, shared the information on Thursday afternoon. “The New York Jets have signed free agent QB Colin Kaepernick to a 1 year / $US9 million contract,” the tweet said, incorrectly adding that the source of the news was ESPN reporter Adam Schefter.

It had been retweeted 12,000 times as of Friday morning and questions surrounding Kaepernick’s status began trending on Google.

A representative for the Jets did not immediately return Business Insider’s request for comment, and no official denial has been made. But the Twitter account has “PARODY” in its biography section, and fact-checking website Snopes rated the information “false.” A representative for ESPN also confirmed to Business Insider that the information did not come from Schefter.

Actor Morgan Freeman, comedian Tommy Chong, former chair of the Democratic National Committee Donna Brazile, and others worldwide shared the fake news gleefully. (Freeman and Brazile have since deleted their tweets, but Chong’s remains on his profile.)

“All right Jets! Way to go,” Chong said. “Spike Lee must be very happy!” Lee, a big fan of the Jets, has not chimed in on the hoax, though he did just join Twitter on April 3.

The tweet was so widely believed that a Fox affiliate news organisation in Cleveland reported the news on its website, Snopes reported.

Kaepernick’s girlfriend, radio host Nessa Diab, tweeted that the Jets “should sign” him, seemingly confirming that the tweet was fake. “Any team that actually wants to win should sign Colin,” she said.

They should sign @Kaepernick7 . Any team that actually wants to win should sign Colin. He still continues to train & as you all saw @ his workout, HE’S BEEN READY W HIS “ELITE ARM STRENGTH”, as an @NFL scout said. Team Owners/ NFL can stop blackballing him @ anytime. #imwithkap

TMZ suggested that Kaepernick would use the viral tweet as a jumping-off point for discussions with the Jets, leading the parody Twitter account, @SuperToughScene, to say that he deserved “half of his salary.”

Had the news been real, it certainly would have been cause for celebration, as the athlete and activist has been a free agent since 2017.

Kaepernick sparked a nationwide debate after protesting police brutality in the US by kneeling during the national anthem at the start of his games on the San Francisco 49ers in 2016. Following the backlash – during which even President Trump tweeted his anger over the protest – Kaepernick was not signed for the next NFL season. He and teammate Eric Reid later sued the NFL, alleging that the league’s teams colluded to lock them out of playing in response to their protests.

The NFL settled the lawsuit in 2019, according to The Wall Street Journal, paying Reid and Kaepernick less than $US10 million.