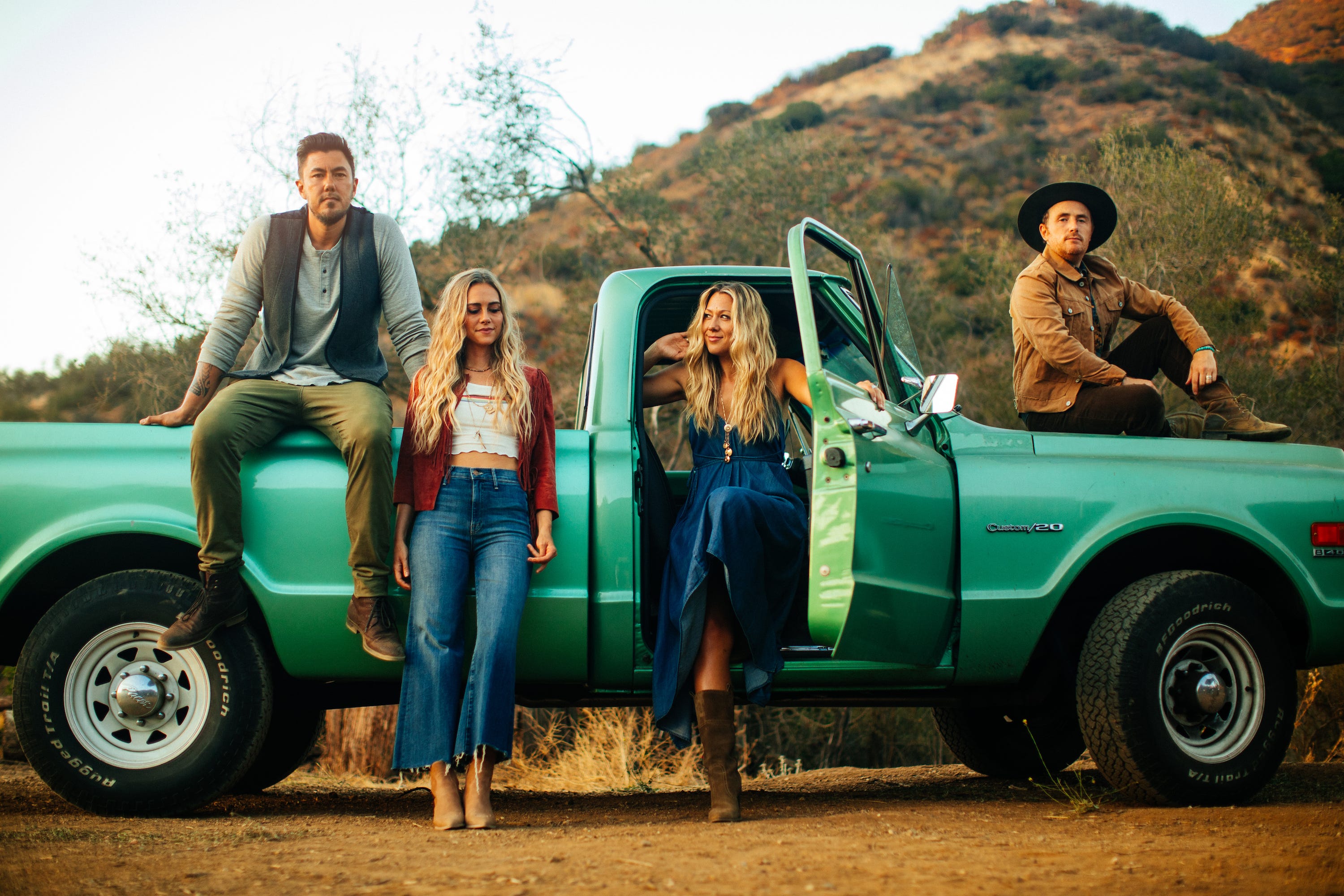 Insider launched the Stay Insider Sessions to connect with musicians while they, like many of us, are grappling with isolation and unprecedented downtime. First up: Gone West.

Being one of four award-winning members in a band that’s gearing up to release a highly-anticipated debut album, all while grappling with a nationwide directive to stay home and self-isolate, actually sounds more relatable than you might think.

“It’s a lot less travel and a lot more time spent swearing at computers,” according to Justin Young.

Young, Colbie Caillat, Nelly Joy, and Jason Reeves formed the band Gone West in 2018, but the four friends have been working together for more than a decade.

They recently spoke with Insider via Zoom about their forthcoming debut “Canyons,” due June 12 via Triple Tigers, and how their group dynamic has shifted during the coronavirus crisis. 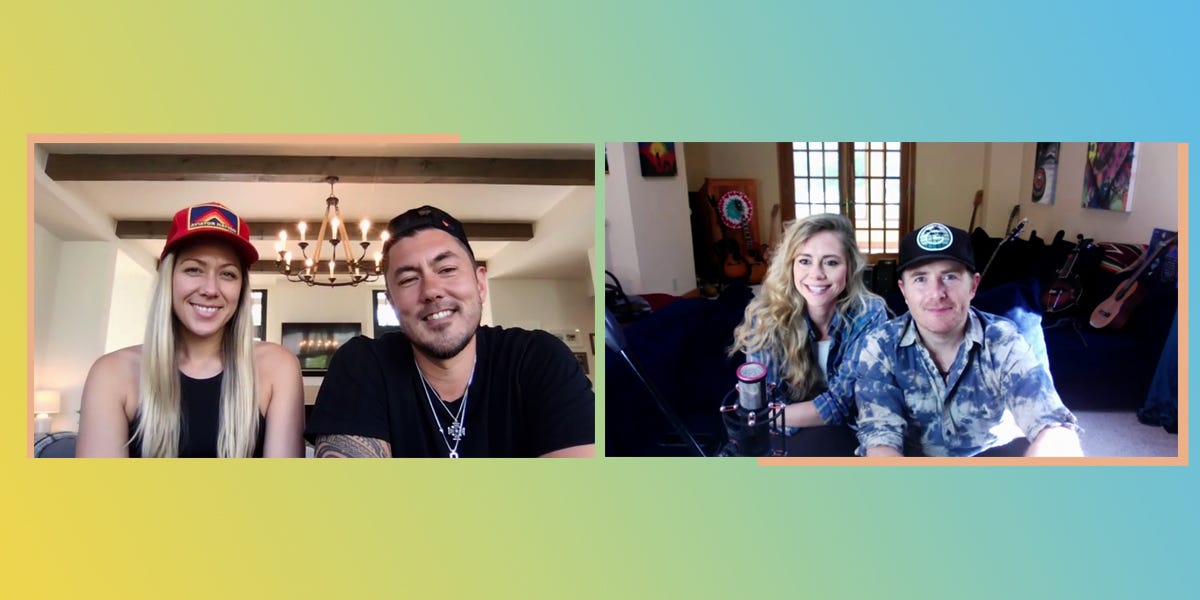 Callie Ahlgrim/InsiderCaillat, Young, Joy, and Reeves during a recent Zoom call with Insider.

Although Young made the process of collaboration-in-quarantine sound relatively straightforward, Reeves told us that coronavirus has changed the way they communicate and operate “entirely.”

“We do it all digitally now,” he said. “It’s kind of fun, but it’s also really odd because we’re so used to being together in the same room. It’s a new thing.”

“We’ve both really almost thrown our computers at the wall a few times, just with technology glitches,” Joy added. “Something doesn’t work and you’re like, ‘I just need it to work!'”

Reeves and Joy have been married for more than eight years. They’re quarantined together at home, while Caillat and Young are also quarantined together, elsewhere in Nashville – despite announcing the end of their engagement in early April. They had celebrated their 10-year anniversary in September.

As a testament to the band’s solid foundation as friends and collaborators, Caillat and Young cited zero difficulties with their new homebound routines. Instead, Caillat told us brightly, “Justin’s been roasting a lot of nuts, and we’ve been ordering a lot of food and playing music.”

They have also been bingeing Netflix’s “Ozark” together, while Reeves and Joy say they have gotten into “Homeland” on Showtime. Courtesy of Gone WestThe members of Gone West have been friends and collaborators for more than a decade.

Gone West is rooted in this kind of homegrown, familial comfort. Caillat and Reeves met in 2005 and penned her breakthrough single, “Bubbly” – which they chose as her first release thanks to the passionate response on MySpace – as well as the Grammy winner’s subsequent debut album, 2008’s “Coco.”

Young, a chart-topping musician in his native Hawaii, joined Caillat’s band in those early days. Joy joined the ranks shortly after, when she met Reeves in a 2009 songwriting session for her country band, The JaneDear Girls.

Before Gone West had officially formed, the foursome teamed up to create Caillat’s sixth solo album, 2016’s “The Malibu Sessions.” After touring together, performing the full tracklist as a group, they scheduled a writing session in Nashville – and emerged with “When To Say Goodbye,” one of the band’s favourite songs on “Canyons.”

“We put one session on the books and absolutely loved the song,” Caillat told us, “which is very unheard of, when the first song that you write for a project makes it on the album.”

“We didn’t even have a band name. We didn’t know we were going to be a band. We just said, ‘Well, let’s just try writing a song.’ It was really that simple,” Joy added.

“We just took it one song at a time,” Joy continued. “Then we wrote another one and were like, ‘Oh, we like that one too.’ Then we had an EP. Then we had a band name. And then it just became a thing. It’s really cool how organic and unintentional it really was, because I think that that makes it maybe a little more special.” 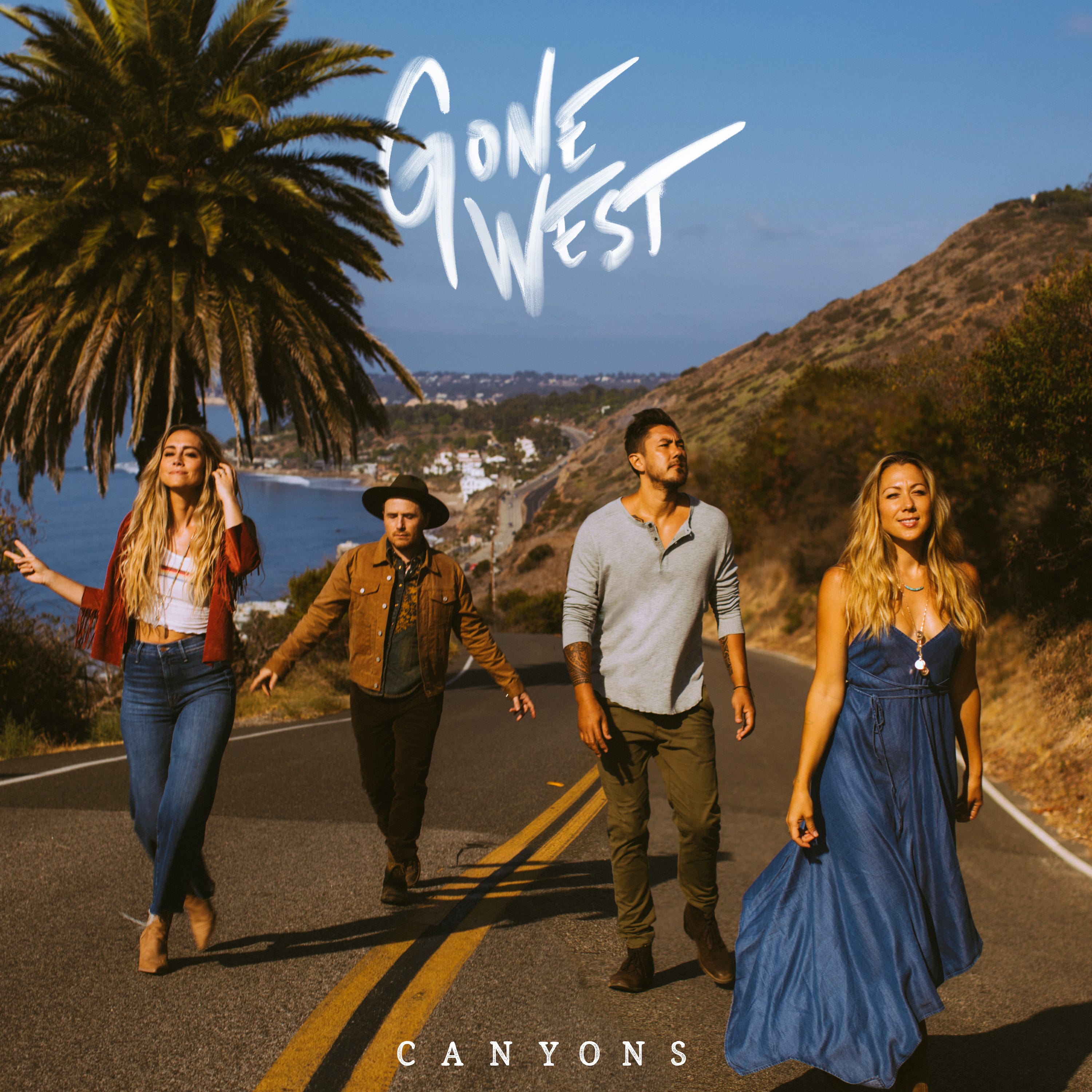 Triple Tigers‘Canyons’ is slated for release on June 12.

Despite the members’ variant musical backgrounds, Gone West’s music is distinctly country. It’s soaked with warm harmonies and cinematic storytelling, a clear reflection of the band’s intimate dynamic: “New Year” was written as “therapy,” Joy says, about a joint experience they shared with mutual friends; “What Could’ve Been,” the album’s lead single, glistens with tender details of regret and loneliness.

Indeed, all four bandmates agreed on their collective sweet spot as songwriters: heartbreak.

Below, you can watch Insider’s exclusive video of Gone West performing “What Could’ve Been,” recorded from their two separate households. As Joy told us: “Even if the world still is in quarantine, people need music now more than ever.”