Coca-Cola is launching a coffee-flavored cola in America, as the soda giant works to regain business it lost to Starbucks decades ago 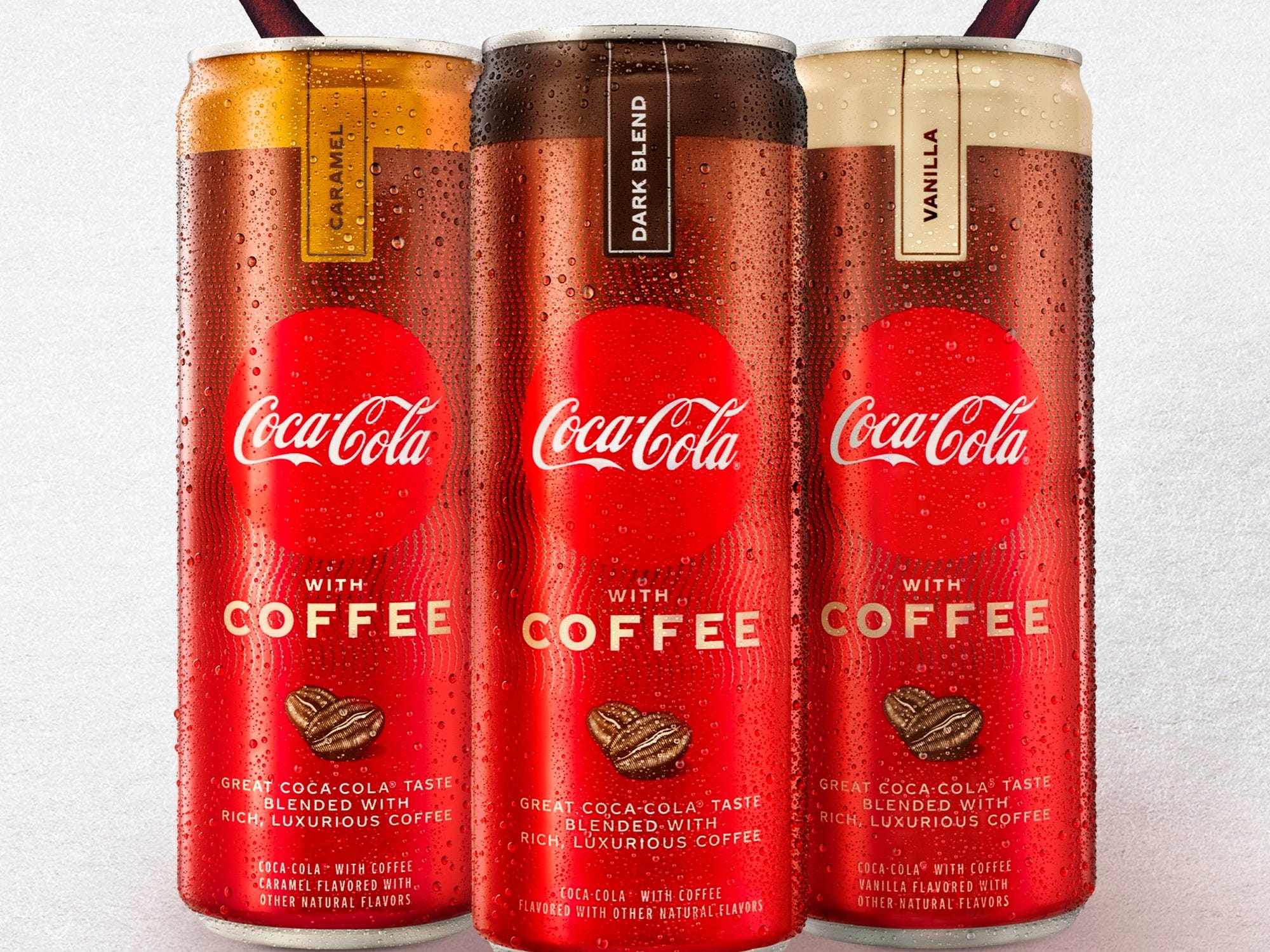 Coca-ColaThe drink has roughly twice the caffeine as classic Coke and half the calories.

Coca-Cola is bringing Coke with Coffee to the US just as Americans’ daily coffee routines are scrambled by the coronavirus pandemic.

The beverage – which is already available internationally – will hit shelves in the US in January 2021. Coca-Cola with Coffee will be available to the company’s subscription service, called the Coca-Cola Insiders Club, this week.

“We think of this as a hybrid category,” Jaideep Kibe, the vice president for the Coca-Cola trademark in North America, told Business Insider. “We’ve got an opportunity to create almost a new sub-category called refreshment coffee.”

Coca-Cola with Coffee launched in 25 countries last year, including Australia, Spain, and Thailand. While the beverage’s entrance into the American market has been a long time coming, the pandemic has helped highlight when and why people might find themselves reaching for a Coca-Cola with Coffee.

“As people have been in lockdown or … working from home, there’s a real opportunity to get that boost, that little pick-me-up, whether it’s the slump in the afternoon or mid morning,” Kibe said. With the loss of office rituals such as gathering around the coffee machine, he said, people can instead reach for a can of Coca-Cola with Coffee.

Coca-Cola’s attempt to meld the coffee and the cola market can be seen in some ways as the beverage giant attempting to regain lost ground. RBC analyst Nik Modi has theorised that Starbucks took a slice of business away from Coca-Cola and PepsiCo, as people began to swap soda for coffee when seeking out a caffeine boost.

“Twenty years ago, people used to wake up with a Diet Coke or a Diet Pepsi,” Modi said at Beverage Digest’s 2016 Future Smarts conference.“At around 2 o’clock, they’d have another and take a break. Walk in front of a Starbucks at 8 a.m. and 2 p.m. and tell me how long the lines are.”

Kibe refrained from naming any direct competitors, instead saying he expected Coca-Cola with Coffee to grow sales by attracting a range of consumers. But, the pandemic has already forced people to change up their daily Starbucks’ routines. Starbucks said this week that its morning business has slumped as people are no longer commuting, with a rush of customers now coming at around 9:30 a.m. and 2:30 p.m.

Coca-Cola has already found success in expanding trademark Coca-Cola, with new flavours and the launch of Coca-Cola Energy in January. Coca-Cola has doubled down on its successful brands during the pandemic, while killing off less successful lines, with CEO James Quincey saying that the company’s “goal was to ruthlessly prioritise” core brands to strengthen the supply chain.