The Clippers began the season as the NBA's next super team, but are already on the clock in the Disney 'bubble' 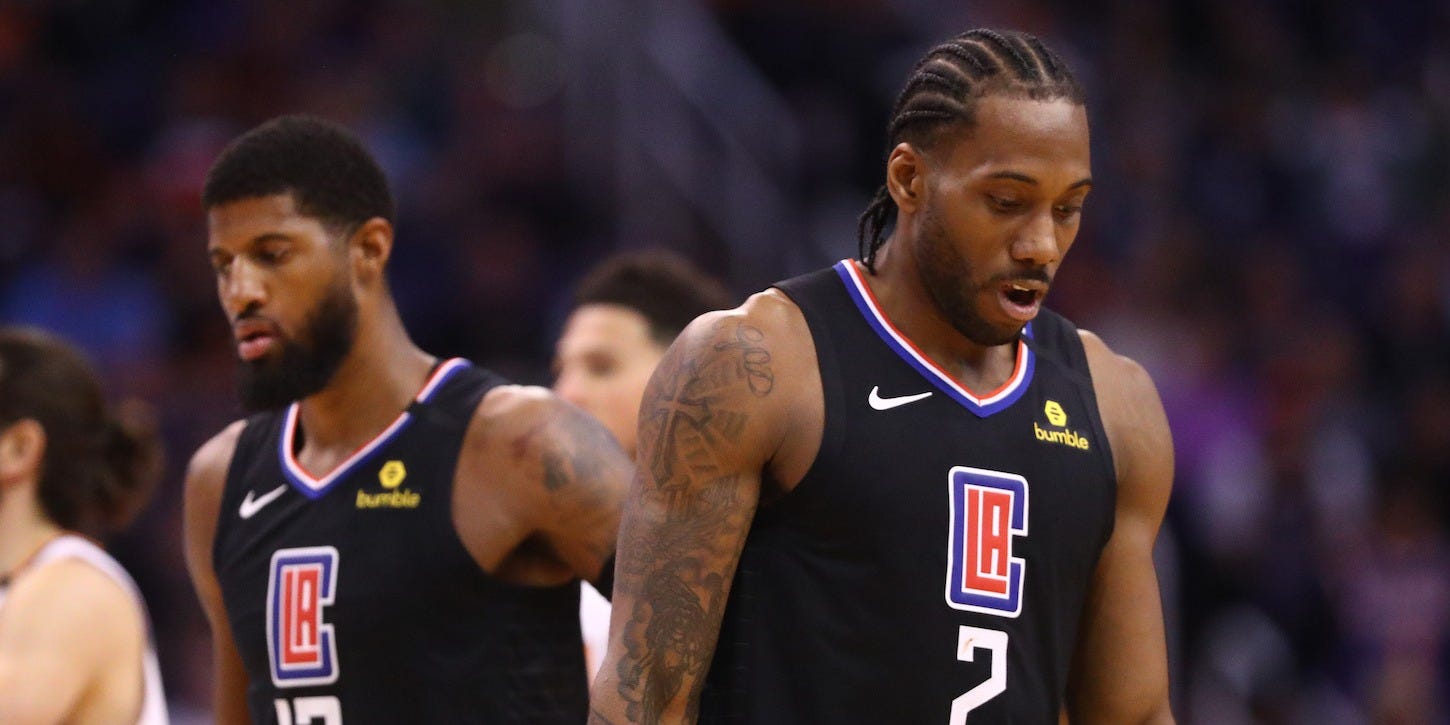 It’s a testament to the LA Clippers’ talent that they’re in a position to win the 2019-20 NBA championship, despite little consistency this season.

The much-hyped summer acquisitions of Kawhi Leonard and Paul George, and a deep, versatile roster of young talent and proven veterans made the Clippers understandable title favourites this season.

Yet while a 44-20 record (2nd in the West) and 6.4 net rating (3rd in the league) are impressive, at times, the on-court product lagged behind expectations.

Much of that was due to injury. The Clippers began the season without George as he recovered from shoulder surgery. Leonard was on his oft-discussed “load management” plan, which reportedly rubbed some team members the wrong way.

Of the Clippers’ top seven players in total minutes played this season, only three played more than 60 games. Leonard and George only shared the floor for 32 games. The lineup of Patrick Beverley, Lou Williams, Montrezl Harrell, George, and Leonard, perhaps the Clippers five best players, played just 56 minutes together.

Despite all of that, the Clippers were surging right before the season was suspended. Their two stars were healthy, they had won seven of eight games, and they boasted the best net rating (11.5) in the league after the All-Star break.

According to USA Today’s Dan Woike, this is where the Clippers wanted to be.

“The Clippers were on a very deliberate, slow sort of climb,” Woike said on the podcast “The Full 48” with Bleacher Report’s Howard Beck. “They were pacing themselves intentionally. I think everybody in that organisation would say so. That’s just what you do when you have Kawhi Leonard. You are building to a very specific start point, and everything you do is designed to get you to that start point.” That start point was the lead-up to the playoffs.

Yet as the Clippers prepare for the “seeding” games in the Disney bubble, with their first scrimmage on Wednesday, they find themselves facing more hurdles to bring their team together.

The Clippers are an incomplete squad in Disney

The Clippers are missing several key players in Disney, though the team has been mum on it. 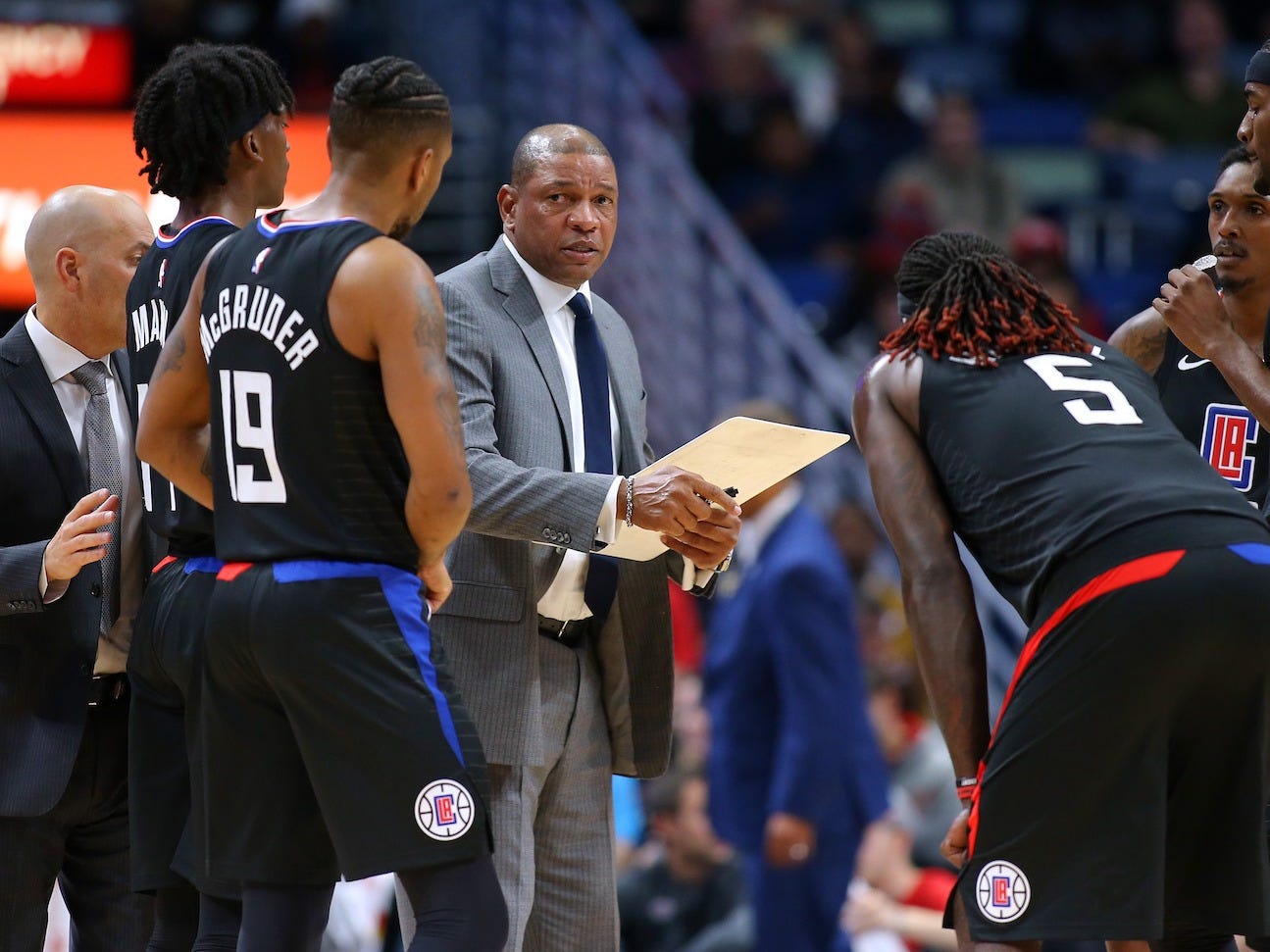 Jonathan Bachman/Getty ImagesThe Clippers have rarely had their full team healthy at once.

This week, Harrell and Beverley left the bubble to attend to family matters. They are expected to re-join the team, but as Woike noted, leaving the bubble presents a risk and unknown. Both will have to quarantine in Disney again upon arrival.

On Tuesday, forward Marcus Morris joined the Clippers in the bubble for the first time. While Morris took part in practice, he missed over a week’s worth of training time in the ramp-up to the season – critical practices after a long layoff.

Nobody knows how these absences will affect the Clippers, but on the surface, they look like a weaker team. At the very least, they lack depth in crucial roles. A team short on a natural ball-handlers is currently without one of its key initiators on offence in Beverley. The Clippers signed Reggie Jackson at point guard after he was bought-out by the Detroit Pistons, but he has played just nine games with the Clippers. With Harrell and Zubac now not in the bubble, the only natural centre on the roster is Joakim Noah, who has not played an NBA game since March of 2019.

The Clippers have Leonard and George in the bubble, and that may be all that matters – talent, above all else, might win out in Disney. But it isn’t the way a team with championship hopes wanted to resume the season.

The Clippers are under pressure to win now

Though the Clippers won big last summer by signing Leonard and trading for George, there is potential that it is a short-term pairing. 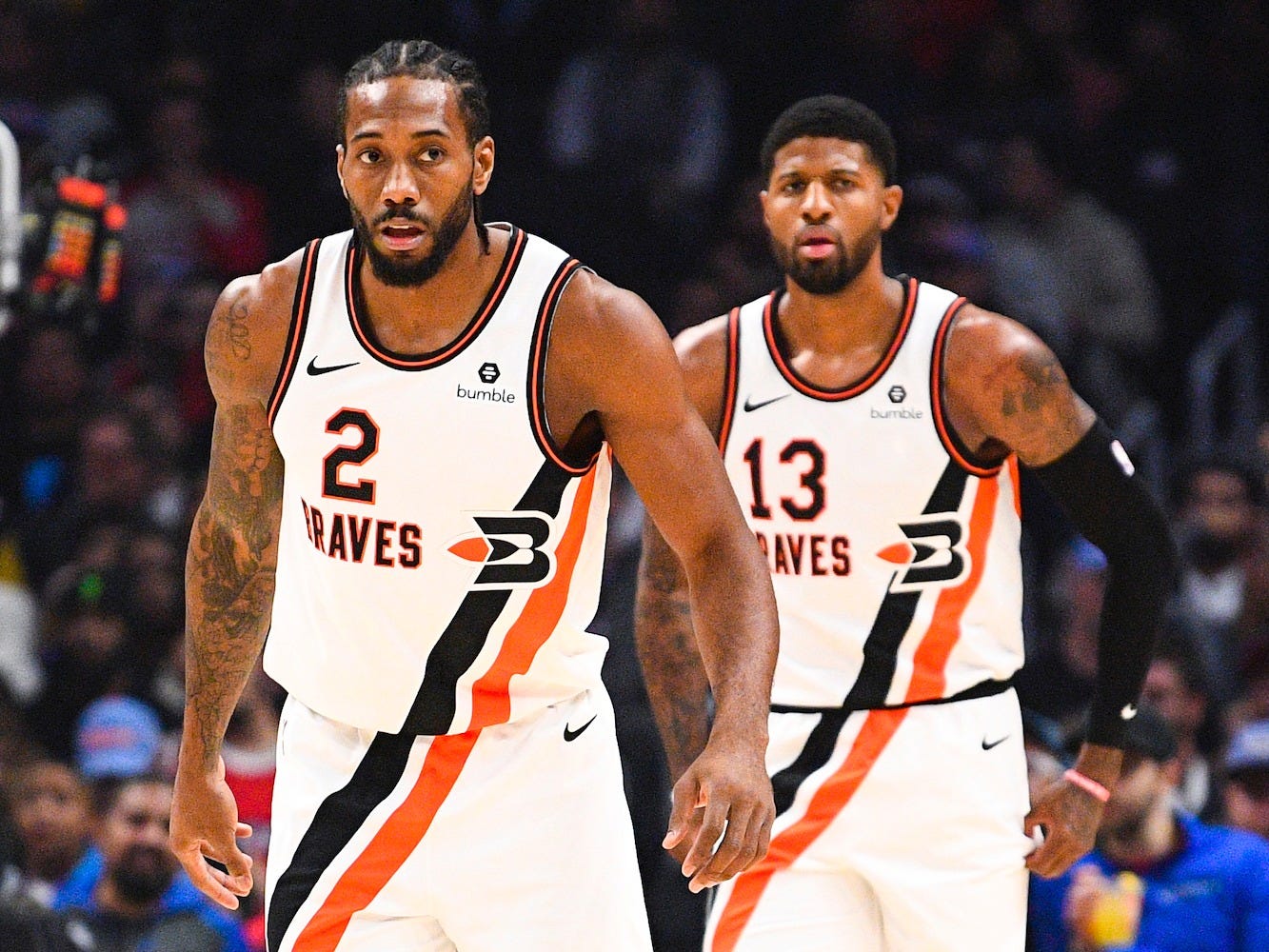 Brian Rothmuller/Icon Sportswire/Getty ImagesKawhi Leonard and Paul George could both be free agents in 2021.

Leonard only signed a three-year deal with a player option for the third year, meaning he could be a free agent in 2021. George also has a player option for the 2021-22 season and will be a free agent in 2022. While Leonard’s contract was likely a means to maximise his earnings, it nonetheless puts pressure on the Clippers to be successful right away.

The future holds more unknowns. Harrell is a free agent this coming offseason and could command close to a max contract. Morris is also a free agent, and the Clippers traded a first-round pick and wingman Moe Harkless to the New York Knicks for him.

Draft picks are another touchy issue for the Clippers – they gave up four first-round picks (two of which are protected) and the option to swap picks with the Oklahoma City Thunder in 2023, 2024, and 2025. There is no easy path to rebuilding for the Clippers.

And as the coronavirus pandemic continues, nobody knows what the 2020-21 season will bring.

The Clippers have shown promise this season – they have dominated when healthy, and that’s with relatively few reps between their best players. But the circumstances haven’t allowed them to realise their full potential, and the team isn’t whole with the playoffs approaching.

Winning this year’s championship would take off a lot of pressure on the Clippers. But coming up short in the bubble may make next season win-or-bust.