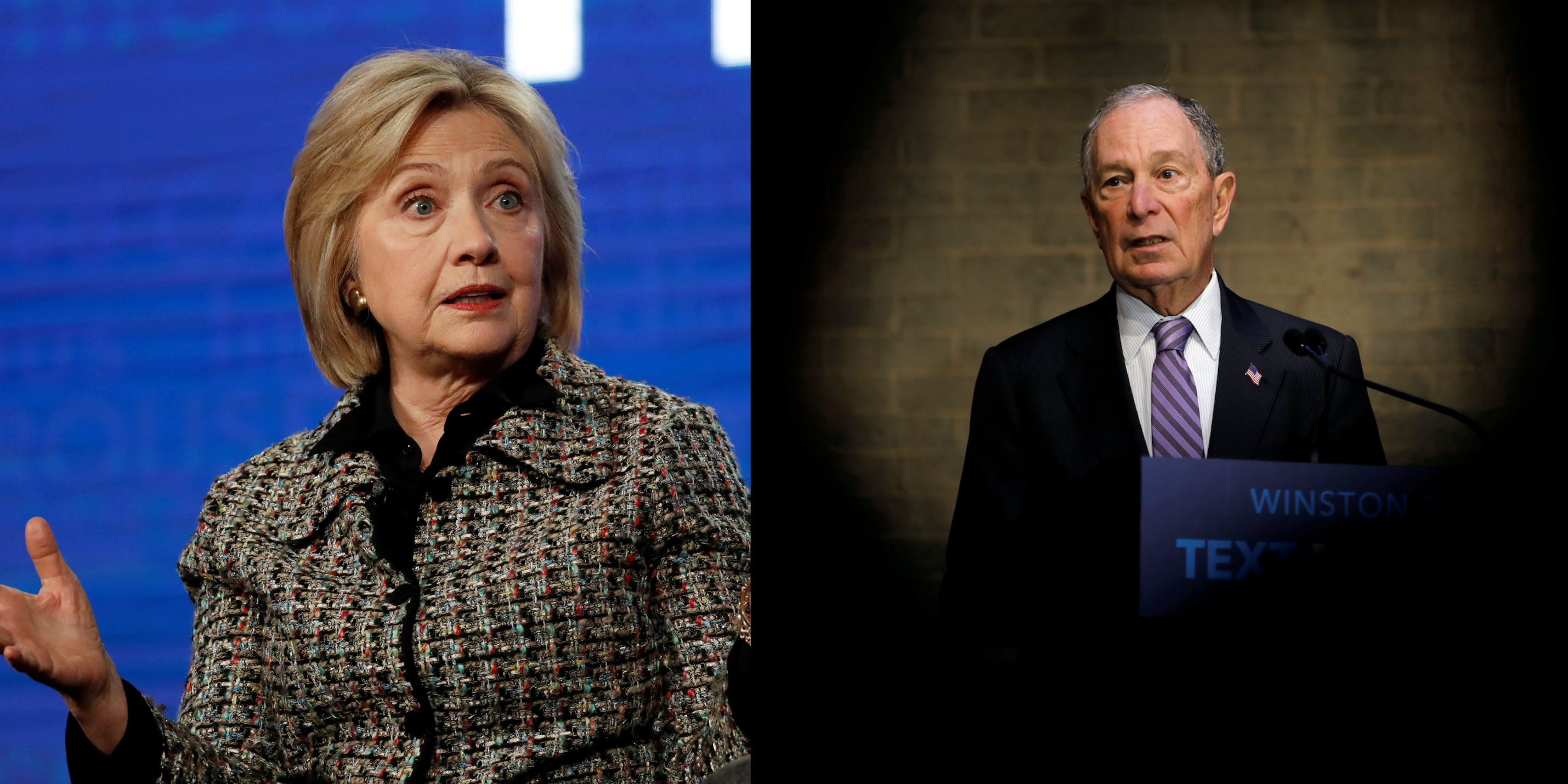 The campaign of the billionaire Michael Bloomberg has attempted to halt talk that he is considering the 2016 Democratic presidential nominee, Hillary Clinton, for his running mate in the 2020 election.

“We are focused on the primary and the debate, not VP speculation,” Bloomberg’s communications director, Jason Schechter, said in a statement.

Citing “sources close to Bloomberg’s campaign,” Matt Drudge of the popular right-wing news aggregator Drudge Report tweeted that the former New York City mayor was “considering Hillary as running mate, after their polling found the Bloomberg-Clinton combination would be a formidable force.” Drudge also said Bloomberg was considering moving his permanent residence to one of his homes in Colorado or Florida “since the electoral college makes it hard for a POTUS and VPOTUS from the same state.”

Clinton did not respond to a request for comment from Business Insider.

Fox News cited an unidentified source close to Clinton saying she “wants back in” following her loss to Trump during the 2016 election.

While Clinton has not yet commented on the report, she has not been quiet about the 2020 election. She made headlines recently for her comments disparaging Sen. Bernie Sanders of Vermont, her main 2016 primary rival who is now a leading contender for this year’s Democratic presidential nomination. Earlier this month in an appearance on “The Ellen DeGeneres Show,” however, Clinton had suggested she wasn’t likely to accept an offer to be vice president.

Clinton told DeGeneres she had turned down two offers to be Barack Obama’s vice president but added that “many, many, many people” were putting her “under enormous pressure” to get involved in the 2020 race.

“I never say never because I believe in serving my country, but it’s never going to happen,” the former first lady told DeGeneres.

Despite her 2016 loss, Clinton has remained active in politics, publishing “What Happened,” a memoir about her failed presidential bid, and throughout the past four years having openly criticised her formal rival and his administration.

In December, Clinton spoke out against Sanders’ treatment of her candidacy in 2016, arguing during an appearance on Howard Stern‘s radio show that the Vermont senator, who endorsed her in the general election, did not do enough to bring Democrats together following her winning of the party’s primary.

“And I hope he doesn’t do it again to whoever gets the nomination,” Clinton told Stern. “Once is enough.”