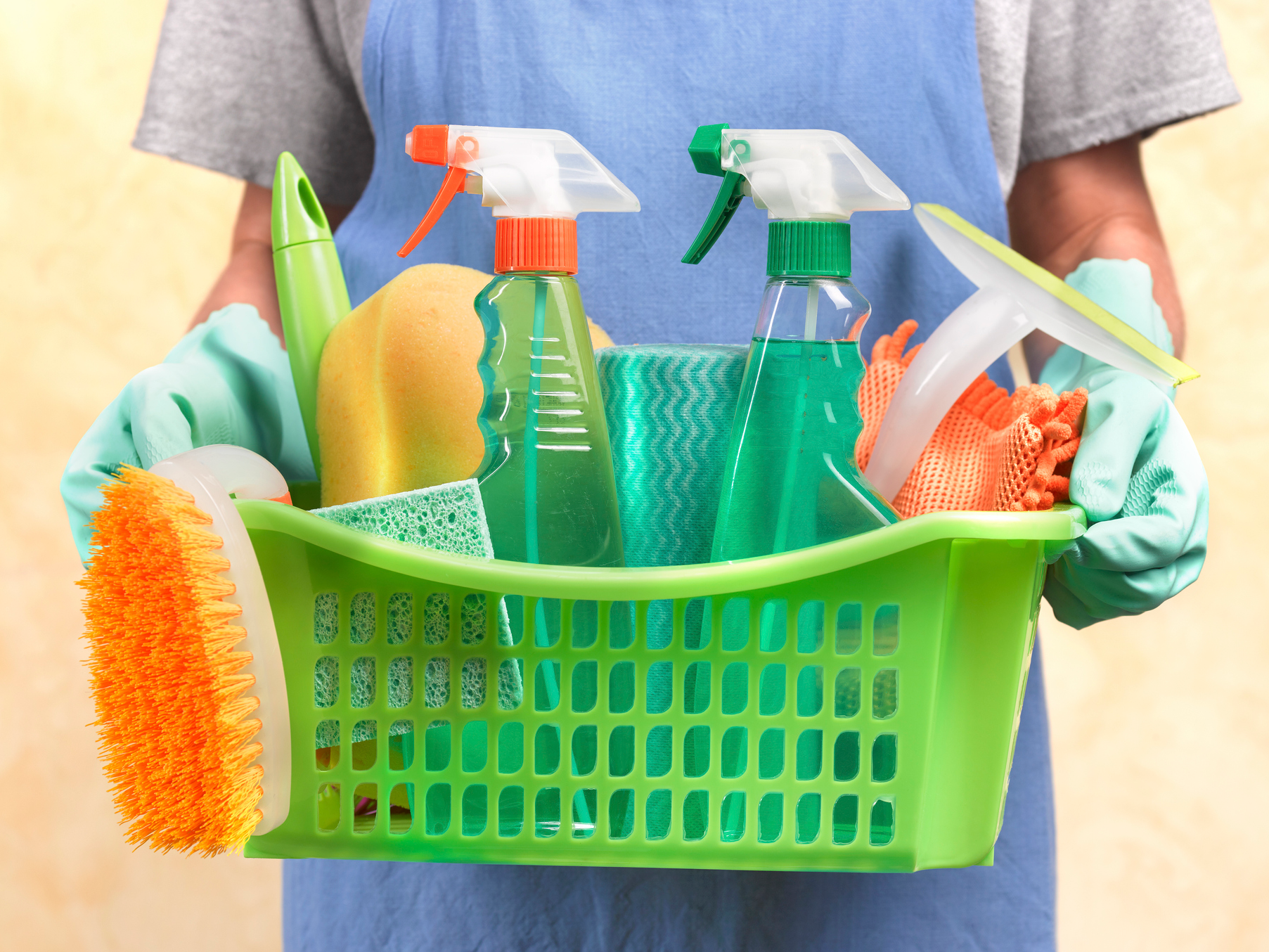 While we’re stuck at home trying to sanitize everything in sight, it might be tempting to get creative with mixing household chemicals to try to get your home as clean as possible. However, mixing household cleaners can be dangerous due to the chemical makeup of the unique cleaners.

Household cleaners you should never mix

It’s highly recommended to stick to using one household cleaner at a time per surface to avoid mixing chemicals. Vy Dong Ph.D., professor at University of California, Irvine and head of The Dong Research Group, strongly advises against combining various cleaners. “Everything is ultimately made up of chemicals, so unless you know the molecules inside the bottle and how they behave, don’t try this at home,” she says.

You should be especially careful with bleach. According to chemist Alexander Lu of Dong Research Group, bleaches are made up of highly reactive chemicals that make it effective at killing bacteria and viruses, but its high reactivity is also what makes it respond to other chemicals, which can result in new toxic chemicals.

“The primary ingredient in chlorinated bleach is sodium hypochlorite, which reacts with a variety of chemicals to produce toxic gases, In general, cleaning products will fall into one of these three categories, so it is a bad idea to mix any cleaning products with bleach,” says Lu.

Here are some combinations of household cleaners that should not be mixed, and why.

Ammonia and Bleach: According to Dong and Lu, this is a combination that commonly occurs by accident because many cleaning products contain ammonia. Mixing ammonia and bleach results in chlorine gas. The ammonia will react with the chlorine, creating chloramines. Lu says large enough quantities of chloramine can be toxic and dangerous and cause symptoms such as chest pain, coughing, and tearing. In the right quantities, this combination can be fatal.

Bleach and Vinegar: The key thing to know here is that vinegar is an acid and its potential for toxicity should not be underestimated. It has a low pH, usually under three. When vinegar is mixed with bleach, a toxic chlorine gas is produced. “This gas was used as a chemical weapon in World War I, causing damage to soldiers’ eyes, nose, and lungs with prolonged exposure,” says Lu. This is not a mixture you want in your home.

Bleach and Rubbing alcohol:Rubbing alcohol alone can be used for cleaning, but it can be dangerous, especially if mixed with bleach. Rubbing alcohol sold in pharmacies or convenience stores usually range from 70% to 99%, meaning the alcohol level is very concentrated. Lu says bleach reacts with alcohol to form chloroform and chloroacetone, both of which are toxic and dangerous. “Chloroform can be used to knock people unconscious, and it is suspected to cause cancer. Chloroacetone is no better, having been used as tear gas in World War I,” says Lu.

Bleach and toilet bowl cleaner: As with drain cleaners, different brands of toilet bowl cleaners will have different ingredients. They may contain different acids and alcohols (in the case of this Lysol Power Toilet Bowl Cleaner, for example), and as discussed above, acids and alcohols can react with bleach to create toxic gases and fumes that can be very dangerous to humans. Stick to using one or the other when cleaning your toilet.

Lysol and Bleach: Most Lysol cleaners, including the fan-favourite All Purpose Cleaner Lemon Breeze, contain acids and alcohols. Again, combined with bleach, toxic chemicals will be formed by the mixture.

What you should do if you have made a dangerous mixture

The best way to protect yourself from toxic mixtures is to not mix any chemicals at home in the first place. “Molecules are like people with their own personalities and how they behave depends on who they are around…unless you understand the personalities of all the molecules in your bottle, don’t try this at home,” says Dong.

You can also take measures to prevent accidental mixing of chemicals. Dong and Lu recommend washing bleached surfaces with water before you move onto another cleaning chemical since nothing except water should ever be mixed with bleach.

Opening up some windows or doors is a good way to protect yourself from toxic mixtures, too. “The toxic chemicals formed from bleach are gases, so it is best to work with good ventilation, where the toxic gas can escape and be replaced with fresh air,” says Lu.

You should also wear protective gloves when you clean to prevent any chemical burns or irritation to your skin.

If you notice physical symptoms like shortness of breath or chest pain, Lu and Dong advise seeking medical attention. Also, get out of the room where the fumes are and get as much fresh air as you can. Call a poison control hotline, or, you can even live chat with someone online on Poison.org.