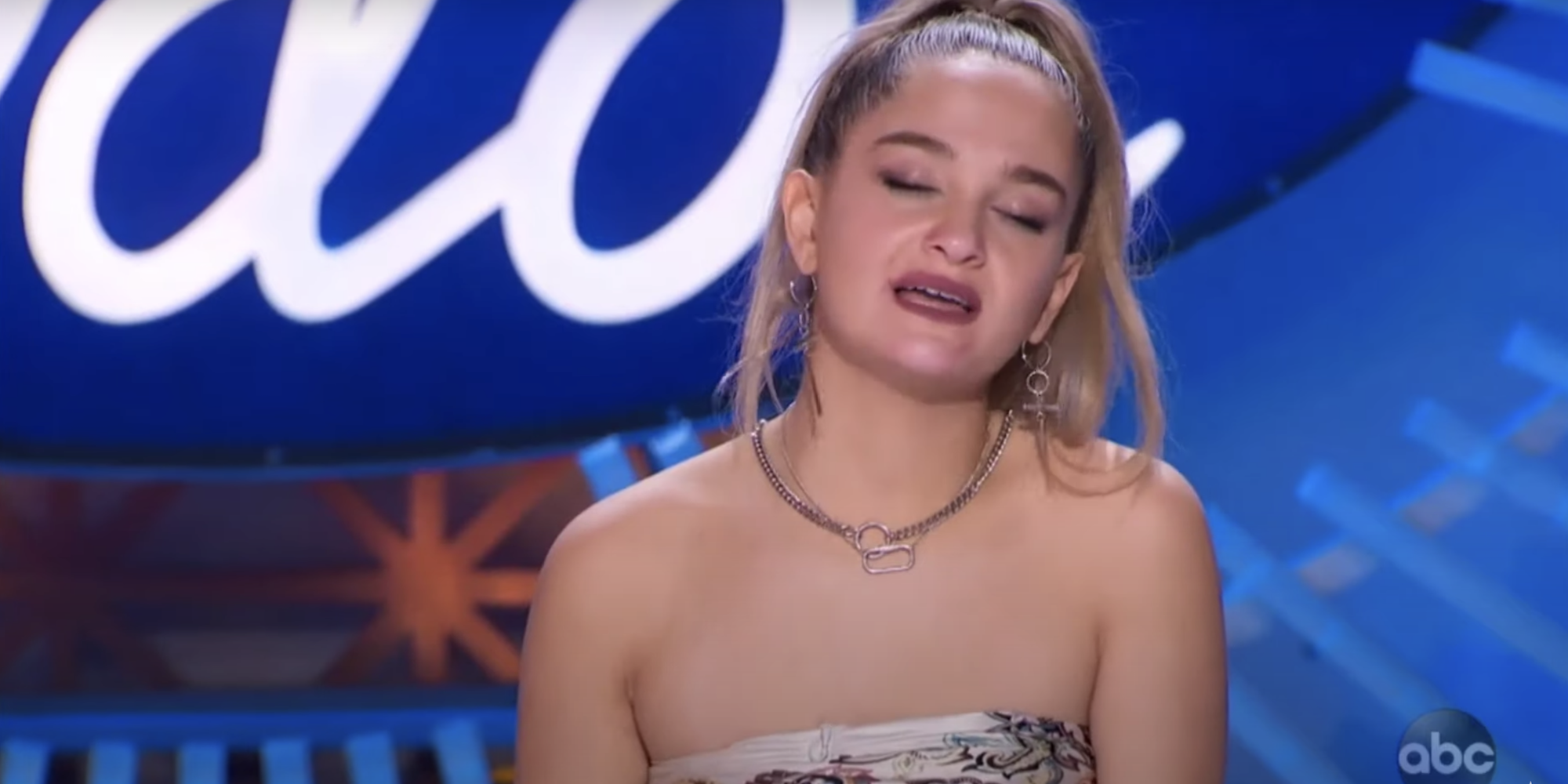 Claudia Conway passed her “American Idol” audition with an emotional performance of an Adele song as judges quizzed her about her rocky family relationships.

The 16-year-old daughter of Kellyanne Conway, the longtime advisor to President Donald Trump, has gained a massive social-media following through TikTok posts in which she expressed vehement disagreement with her mother’s politics.

She has also alleged abuse, posting since-deleted videos in January whose audio seemed to include the voice of her mother screaming at her.

On “American Idol,” that background added evident weight to the judge Katy Perry’s first question: “Are you OK?” American Idol/YouTubeKaty Perry asked Conway whether she was ‘OK’ during her ‘American Idol’ audition.

“It’s a lot,” she said of her high-profile â€” and politically divided â€” family. “But I only want to spread love, and I love a compromise, and I do agree to disagree with my mum and my dad.”

Her father is George Conway, an attorney who cofounded the Lincoln Project, a Republican anti-Trump group.

Claudia Conway’s first performance â€” of Rihanna’s “Love on the Brain” â€” did not impress the judges.

“That song, you lost it,” said Perry, who then instructed Conway to take off her sparkly platform heels, which the teen said were making her nervous.

“When you sing this next song, think about when you were young, and go back to that time,” Perry told Conway. “And there’s a sadness there, it’s like you lost your youth because you weren’t able to experience it on your own without all of this noise. Your dad’s your dad, your mum’s your mum. Who is Claudia?”

Adele’s “When We Were Young,” performed by a then-barefoot Conway, went better, gaining the “yes” votes of Perry and her fellow judge Lionel Richie. 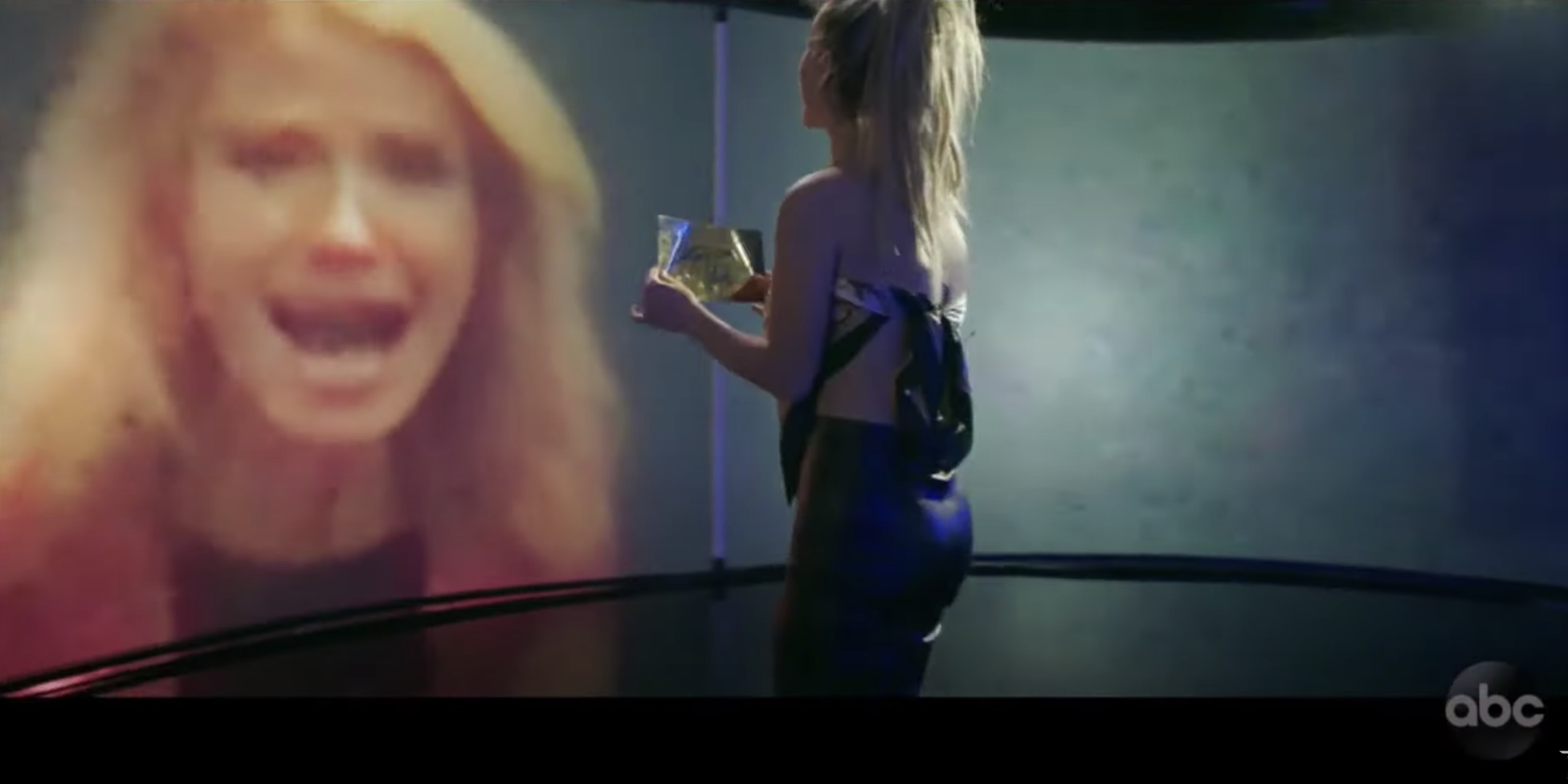 “The second song was much better,” Richie said, adding that she had responded well to direction and coaching. “The fear factor just left you for a minute.”

“You need to get off your phone,” Perry said. “You need to stop reading your comments. Push it aside. Because if not, you may not ever rise above your dad or your mum. It’s your choice.”

“I think what you are doing right now is stepping forward and announcing who you are,” Richie said. “You chose music. I’m going to give you a shot at music.”

Conway’s audition â€” first publicized on February 6 â€” is a showbiz turn in her already-remarkable, and at times troubling, rise to prominence.

The teen, who has 1.7 million TikTok followers, has caused political waves with her anti-Trump views.

In August, after Conway expressed distaste at her mother’s appearance at the Republican National Convention, both parents said they would step down from their political roles to focus on the family.

Last month, Conway alleged abuse from her mother, sharing two compilation videos appearing to show her mother screaming at her. Shortly afterward, her mother’s Twitter account seemed to post a nude photo of her.

Insider has been unable to verify any of Conway’s allegations, and Kellyanne Conway did not respond to Insider’s previous requests for comment.

But the Conway family presented a united front during the “American Idol” show reel, with George backstage and Kellyanne appearing by video link to cheer her daughter on.

“This is your time to shine,” Kellyanne Conway said in the video. “But remember, honey, winners are people who are willing to lose.”

Perry continued to probe Claudia’s relationship with her mother, asking: “Does she still hug you?”

“She loves me, I love her, I just feel like our relationship’s a little iffy,” Claudia responded. “Most of my life my feelings had been suppressed, so then I got social media and I was like, well, damn. Now my voice is being heard. You know?”