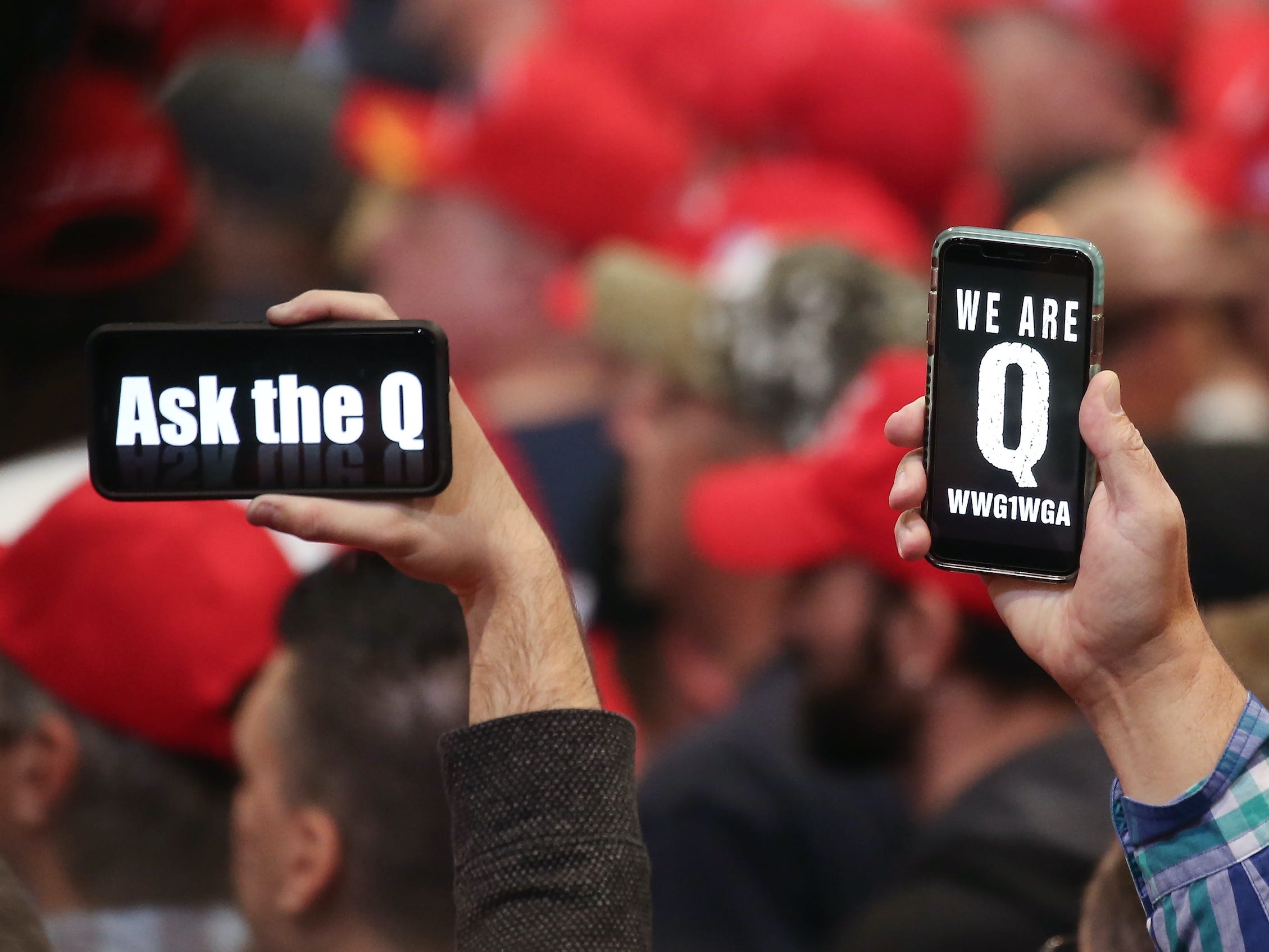 Photo by Mario Tama/Getty ImagesSupporters of President Donald Trump hold up their phones with messages referring to the QAnon conspiracy theory at a campaign rally at Las Vegas Convention Centre on February 21, 2020 in Las Vegas, Nevada.

Citigroup has fired an employee who ran a popular website dedicated to the QAnon conspiracy theory, Bloomberg News first reported on Tuesday.

Jason Gelinas, a New Jersey man who worked at Citigroup as an information technology specialist, operated the website QMap.pub, which recently earned 10 million average monthly views, according to data from SimilarWeb, a digital analytics firm.

A spokesperson for Citigroup told Insider, “Mr. Gelinas is no longer employed by Citi. Our code of conduct includes specific policies that employees are required to adhere to, and when breaches are identified, the firm takes action.”

QAnon â€” the baseless far-right conspiracy theory that claims President Donald Trump is secretly fighting a “deep state” cabal of satanic pedophiles â€” is based on cryptic messages left by an anonymous figure called “Q” on 8kun, an anonymous message board formerly known as 8chan.

It’s also possible that Gelinas had ties to 8kun, as the two websites shared an IP address, according to research by Fredrick Brennan, the founder of 8chan.

QMap.pub aggregated “Q drops,” or the anonymous posts by “Q,” and spread the conspiracy theory’s misinformation to millions of people. SimilarWeb data shows that the website brought troves of viewers to 8kun. 54 per cent of 8kun’s August traffic came from Gelinas’ website, according to the firm.

Gelinas did not respond to requests for comment. When reached for comment by Bloomberg News regarding his connection to QMap.pub, he said that he wanted to “stay out of it.”

The rapid spread of QAnon, which social-media companies are struggling to tamp down, comes as the conspiracy theory continues to be linked to violence and crimes, including kidnapping.