Wall Street shatters a glass ceiling as Jane Fraser is announced as Citigroup's new CEO, becoming the first woman to lead a major US bank 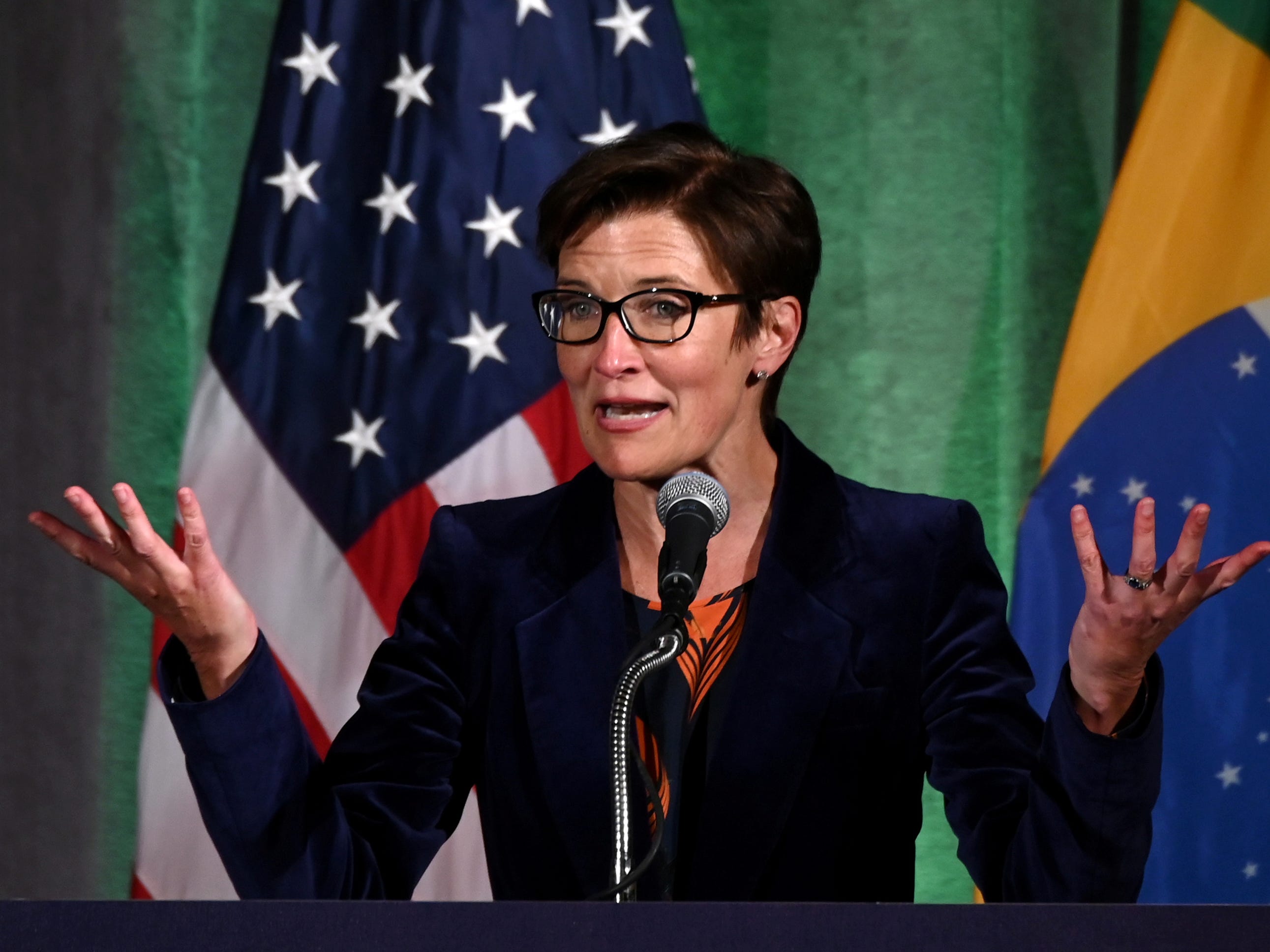 On Thursday, Citigroup announced that its CEO of eight years, Michael Corbat, 60, will be replaced in February 2021 by Jane Fraser, 53.

The news means that Fraser will become the first female CEO of a major US bank.

Corbat, who became CEO of Citigroup in 2012, will end a 37-year run with the bank when he steps down.

Fraser is a 16-year veteran of Citi who currently serves as its president and head of global consumer banking. She has been elected to Citi’s board, effective immediately.

Previously, Fraser was CEO of Citi’s Latin America operations until October 2019, before becoming its consumer banking chief last year. In 2019, American Banker named her the sixth most powerful woman in banking.

“I will do everything I can to make all of our stakeholders proud of our firm as we continue to build a better bank and improve our returns,” Fraser said in a press release. “We will invest in our infrastructure, risk management and controls to ensure that we operate in a safe and sound manner and serve our clients and customers with excellence.”

Citi has quietly undergone a massive restructuring over the past year. Here are the businesses it overhauled and the executives who departed.

Fraser had widely been seen as a potential successor to Corbat after she was promoted to president of the bank last fall. But the timing of the latest announcement caught analysts off guard.

“Timing wise, this is a surprise to us,” Credit Suisse said of the news in an analyst note. “Strategically this could prove an opportune time for a transition in leadership at Citi.”

“Investors will need to hear more from Jane, sooner rather than later,” the note added.

The timing of the announcement “seems unusual and unexpected,” Wells Fargo agreed in an analyst note, but said that Fraser’s leadership could mean a reset for the firm as a whole.

“A fresh look is good in our view since the prior CEO failed to reach Citi’s targets and move the company enough strategically,” the note said, adding “with a woman at the top, Citi is leading by example in a world that seeks greater diversity.”

In preparing to depart from Citigroup, Corbat, the outgoing CEO, touted some of the bank’s successes under his tenure.

“Our financial performance improved steadily and significantly during the eight years before COVID, as we kept our commitment to increase our return on and of capital to our shareholders,” he said in a statement.

Corbat added that Citi’s net income had grown from $US7 billion to nearly $US20 billion from 2012 to 2019, and said that “we went from returning hardly any capital to returning nearly $US80 billion in capital to our shareholders over the last six years.”

On the other hand, Citi has faced headwinds as of late, too.

One recent black eye was its accidental repayment of a $US900 million loan to Revlon, the beauty and cosmetics company, just one day after Revlon was hit by a lawsuit over its restructuring tactics. Citi filed a suit with the Southern District of New York, alleging that Brigade Capital Management LP, a lender to Revlon, refused to turn over the $US175 million it received in loans from Citi, instead using the funds for its own use.

And, after a historic meltdown surrounding the 2008 crash, which represented a nadir in the firm’s recent history, Citi tried to put years of exhausting restructuring behind it in 2017. By 2019, more than half of the firm’s executive officers had departed: Just five out of its core 14 remained.

A watershed moment for women on Wall Street

There’s no denying that Fraser’s elevation to this role come February represents a pivotal moment for female representation in finance, which remains significantly out of balance with men.

To be sure, other firms have long elevated women to powerful positions in recent years, but none has gotten so far as Fraser has now.

Last year, appearing before the House Financial Services Committee, a group of seven of Wall Street’s most powerful executives â€” among them, the CEO’s of firms including Goldman Sachs, JPMorgan, Bank of America, and indeed, Citigroup â€” all indicated that not one among them believed that their likely successor would be a woman.

What’s more, research released earlier this year by the nonprofit group Catalyst found that roughly fewer than one-third â€” just 31% â€” of senior or executive officials and managers working at finance or insurance institutions in the US were women.


Read more:
A monster trading quarter saved the day at JPMorgan and Citigroup. But the second half of 2020 looks grim.

In her statement, Fraser looked ahead, expressing excitement “to join my colleagues in writing the next chapter.”

“Citi is an incredible institution,” she said, “with a proud history and a bright future.”