12 cities with the worst tap water in the US 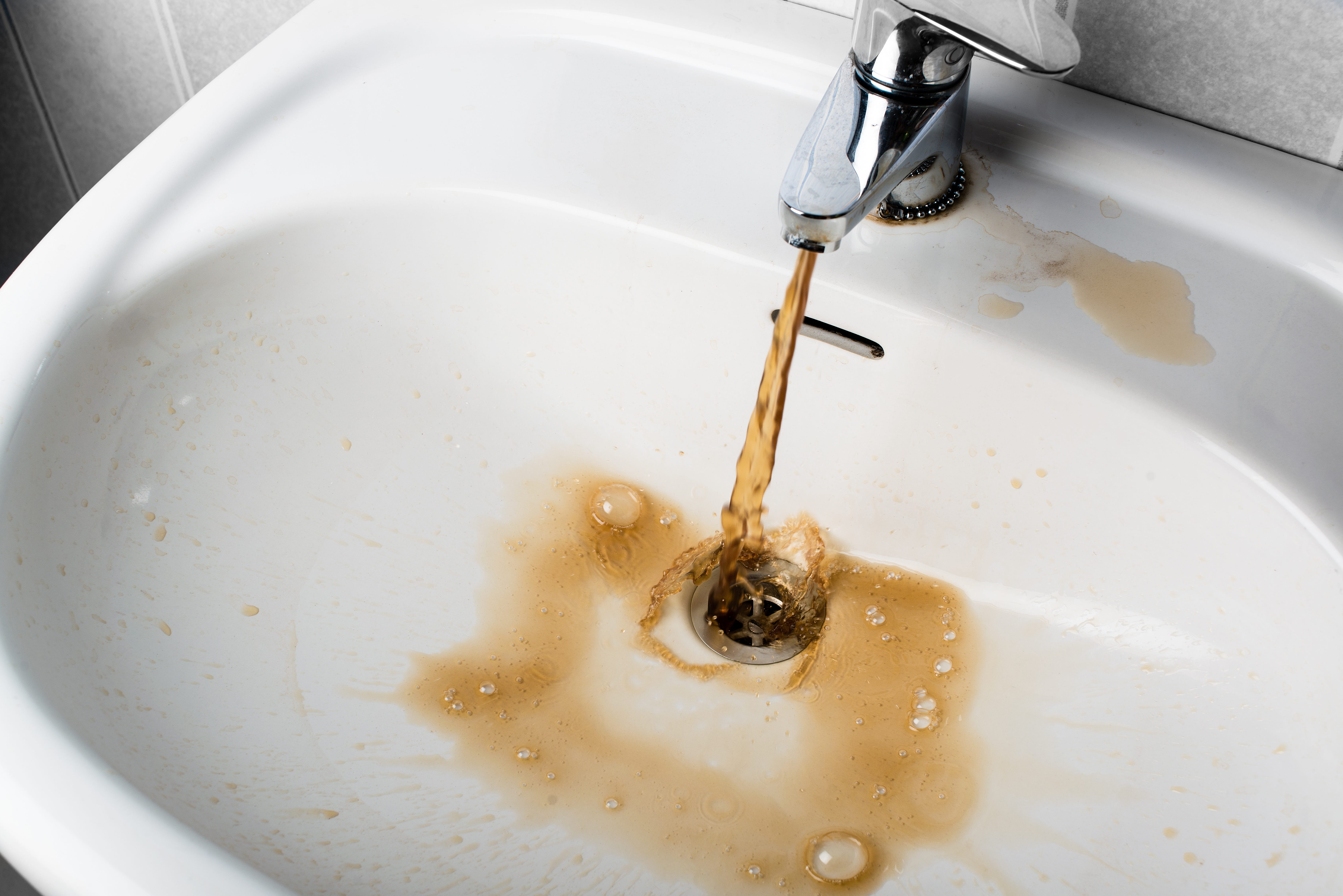 KariDesign/ShutterstockSafe drinking water should be clear.

Imagine turning on the tap in the morning to find an unpleasant brown sludge that tastes like metal. Then imagine that state officials told you that water was safe to drink.

That was the reality for residents of Flint, Michigan in 2014, when lead from ageing pipes seeped into their water system, effectively poisoning an entire community.


Read more:
Erin Brockovich is warning about an emerging drinking-water crisis in the US. Here’s how she recommends you protect yourself.

The scandal was one of the most egregious instances of water contamination in the US, but it wasn’t an isolated occurrence. Every year from 1982 to 2015, between 9 million and 45 million Americans got their drinking water from a source that violated the standards of the Environmental Protection Agency (EPA).

While rural areas are the most contaminated, a few major cities have struggled to renovate their ageing pipes and enforce safe standards among local jurisdictions. Here are some of the cities with the worst tap water in the US.

Pittsburgh officials have been accused of downplaying the threat of lead-contaminated drinking water. 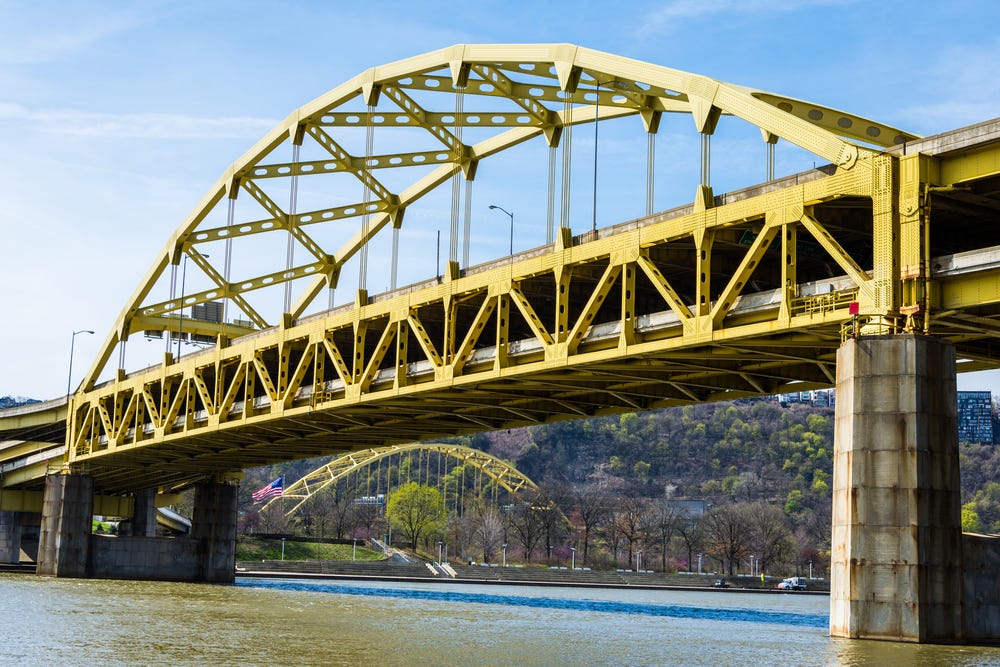 In 2017, the Pittsburgh Water and Sewer Authority issued a warning to residents to boil their tap water before drinking it. Even basic activities like brushing teeth or washing dishes should be done with boiled water, they said.

The alert went out after Pennsylvania’s environmental regulators discovered low levels of chlorine in the water system, which could potentially expose residents to a parasite calledgiardia that causes diarrhoea, cramps, and nausea.

The city has also struggled to combat high levels of lead in drinking water, with the EPA reporting that there are not enough state officials to perform mandatory inspections. A 2017 audit revealed that health officials in Pittsburgh may have misled residents into thinking that their drinking water was safe.

Milwaukee health officials may have failed to warn families whose children tested positive for lead. 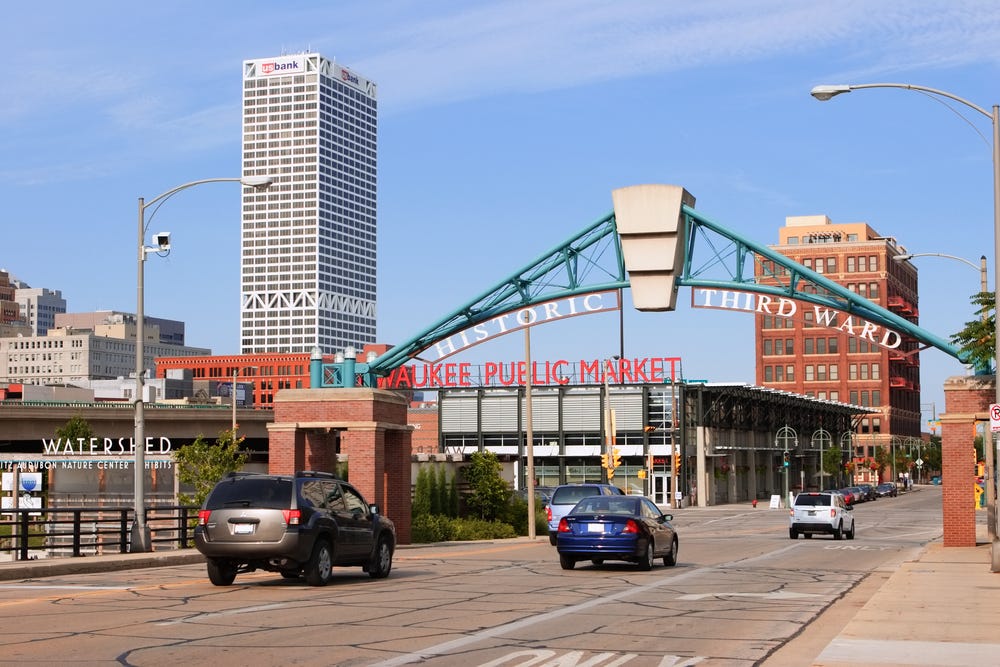 Suzanne Tucker/ShutterstockMilwaukee activists have called for the mayor to resign.

Milwaukee has also been mired in scandal when it comes to safe drinking water. In 2018, the city’s health commissioner, Bevan Baker, resigned amid news that public health officials failed to warn families whose children tested positive for elevated lead levels from 2015 to 2017.

Residents were previously told to install water filters if they lived in a home built prior to 1951 due to concerns about lead contamination. In 2018, environmental activists called upon Milwaukee’s mayor, Tom Barrett, to resign over the crisis.

Officials still aren’t sure if the water in Flint is safe to drink. 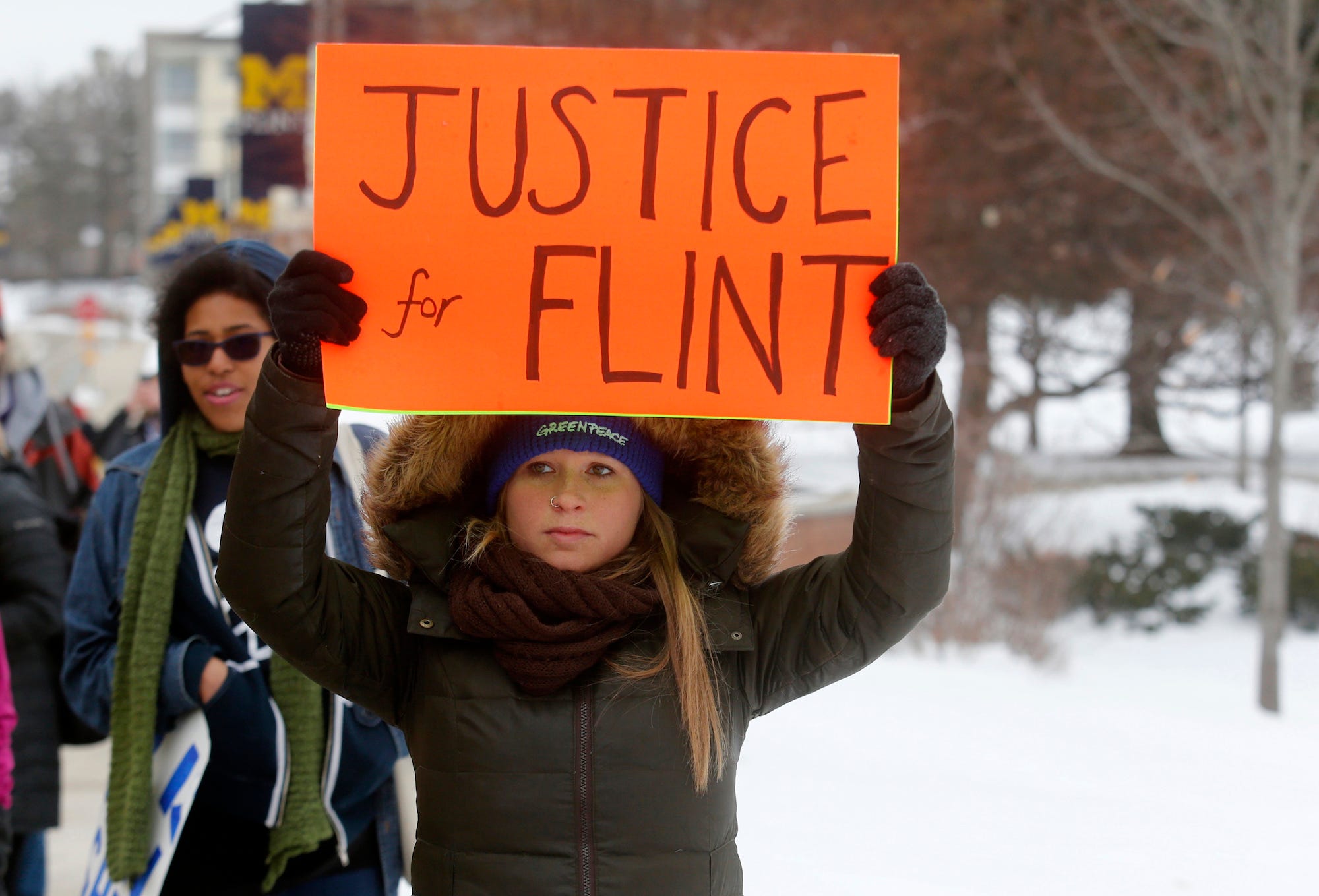 Flint residents may no longer be encountering the same odorous brown sludge they discovered in 2014, but local politicians are still worried about whether the tap water is contaminated.

In 2017, after three years of distributing bottled water to local residents, Flint officials declared the water safe to consume. But Michigan congressman Dan Kildee has said that the city can’t trust its water supply until all of the lead service pipes had been replaced. Flint aims to finish replacing its old pipes this year.

The Flint crisis has been spilling over into Detroit public schools. 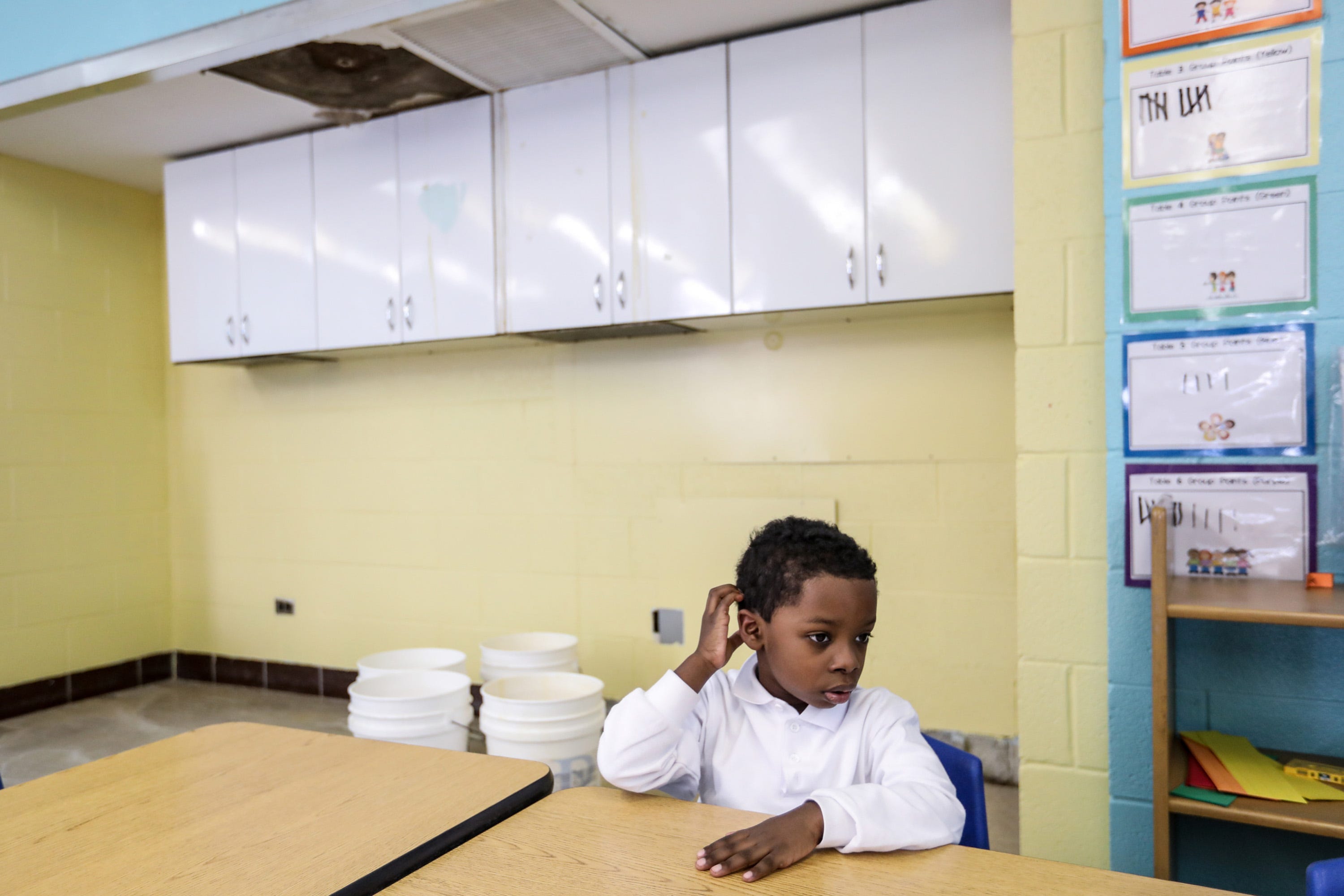 Michigan’s ageing infrastructure has posed a similar problem in Detroit, which began testing water supplies in schools in the wake of the Flint crisis.

In September 2018, at least 57 out of 86 Detroit public schools tested positive for elevated levels of copper or lead. Children exposed to lead can suffer from permanent brain damage, which often results in learning disabilities and increased violent behaviour.

The results prompted Detroit’s school district to shut off water fountains in public schools across the city and replace them with temporary water coolers. The city has since installed filtration systems in every public school.

Newark’s lead contamination is at an all-time high. 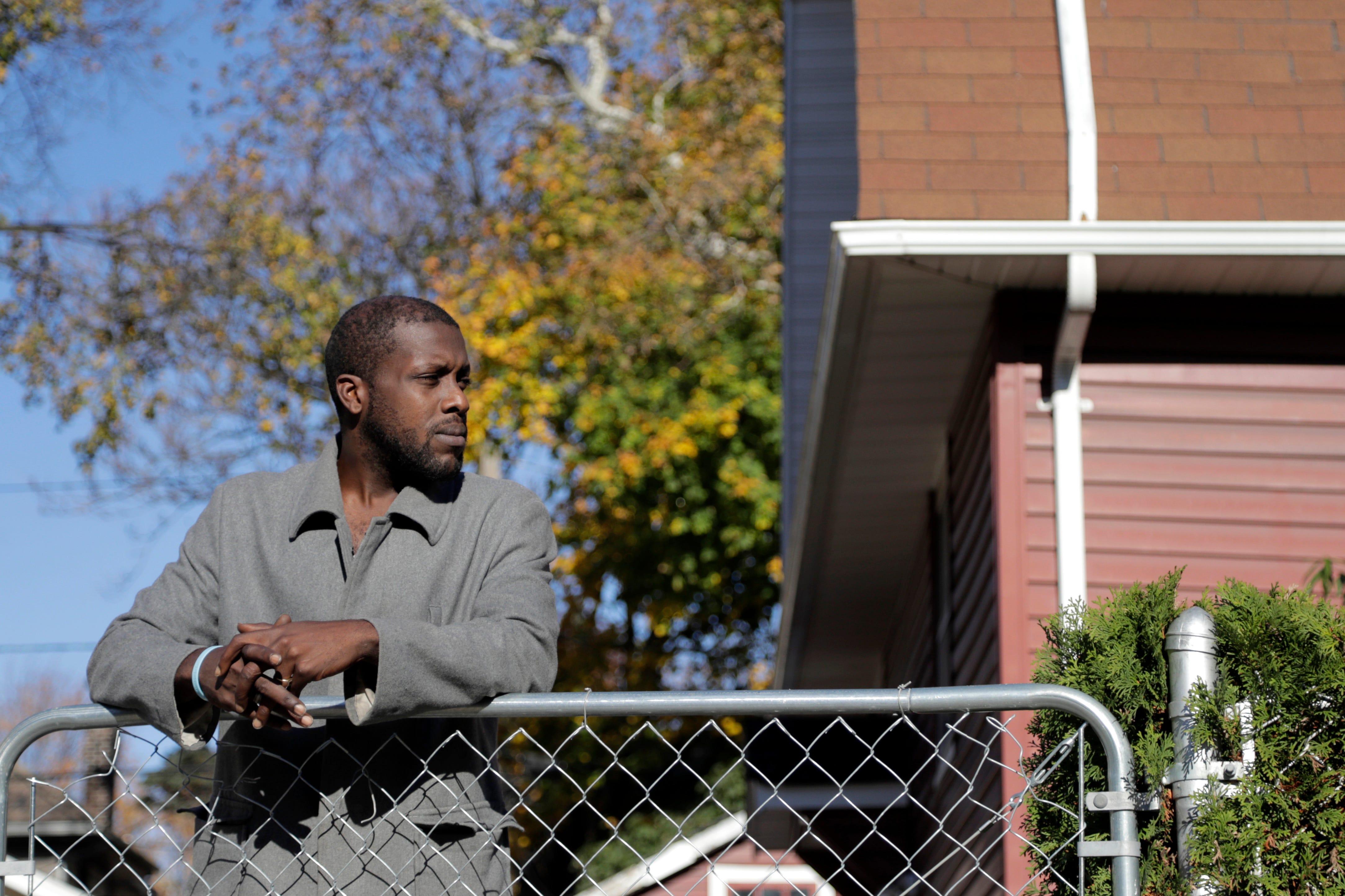 From 2017 to 2019, Newark’s drinking water showed lead levels that exceeded 15 parts per billion – the threshold above which the US Environmental Protection Agency (EPA) requires public water systems to “take action” to reduce lead contamination. Testing from January to June 2019 showed lead levels that were more than three times that EPA threshold.

Officials have also discovered high levels of haloacetic acids (HAAs), which can form during the water disinfecting process, cause skin irritation, and potentially increase cancer risk. Nine of the city’s dozen testing sites have shown high levels of HAAs.

The city has distributed free water filters to local residents. It’s also working to replace its lead service lines, a process that could take eight years.

Washington, DC has seen lead-contaminated water since the early 2000s. 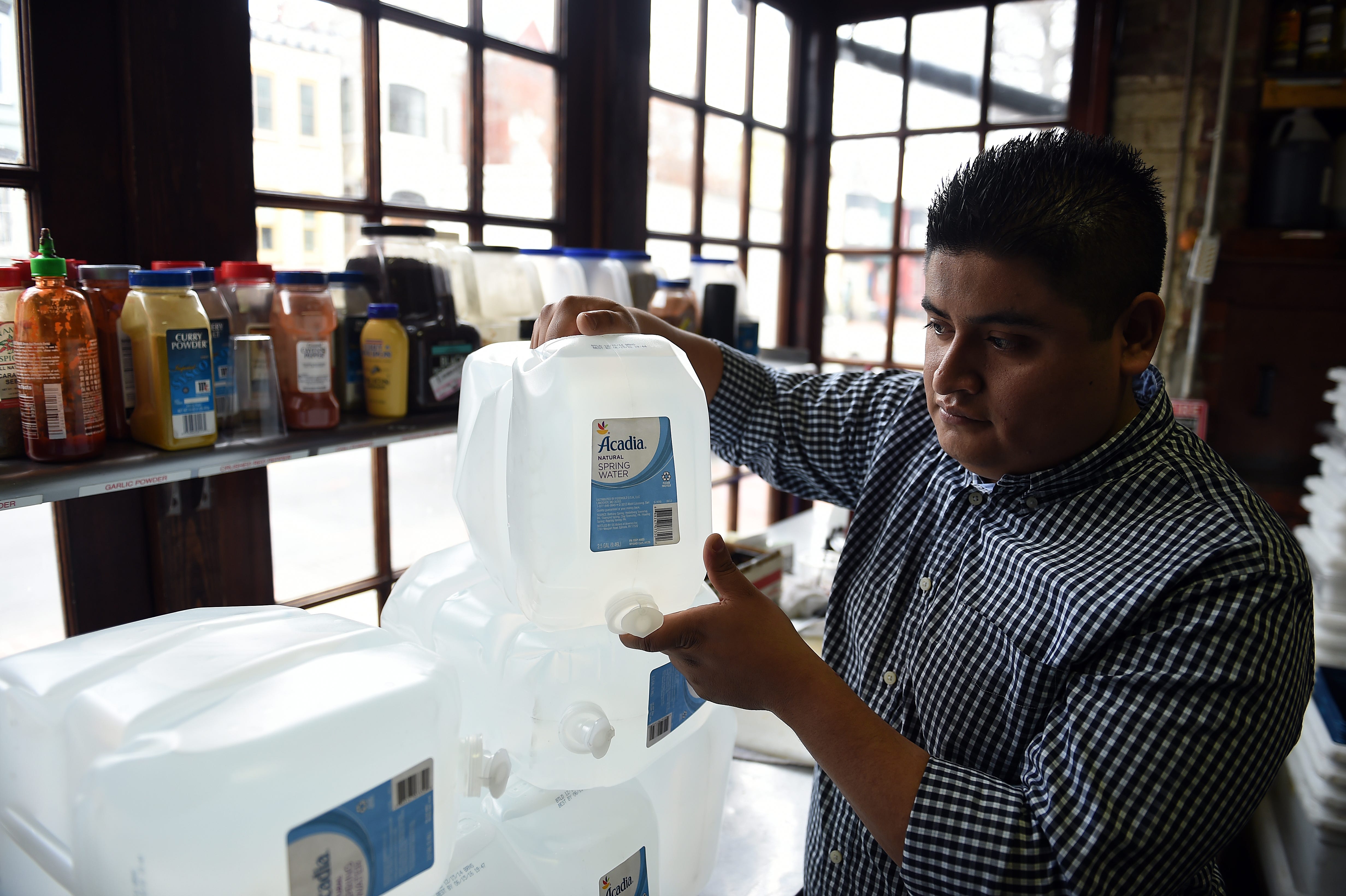 DC’s legacy of contamination dates back to the early 2000s, when Marc Edwards – the same man who sounded the alarm on the Flint water crisis – warned residents of elevated levels of lead in their drinking water.

By 2016, around 12,000 DC buildings were still getting their water from lead pipes. Many of the homes at risk of contamination are located in older, less affluent neighbourhoods. On average, some homeowners could have to pay around $US2,500 to have their lead pipes removed.

Residents of Brady, Texas, are worried about radium in their water supply. 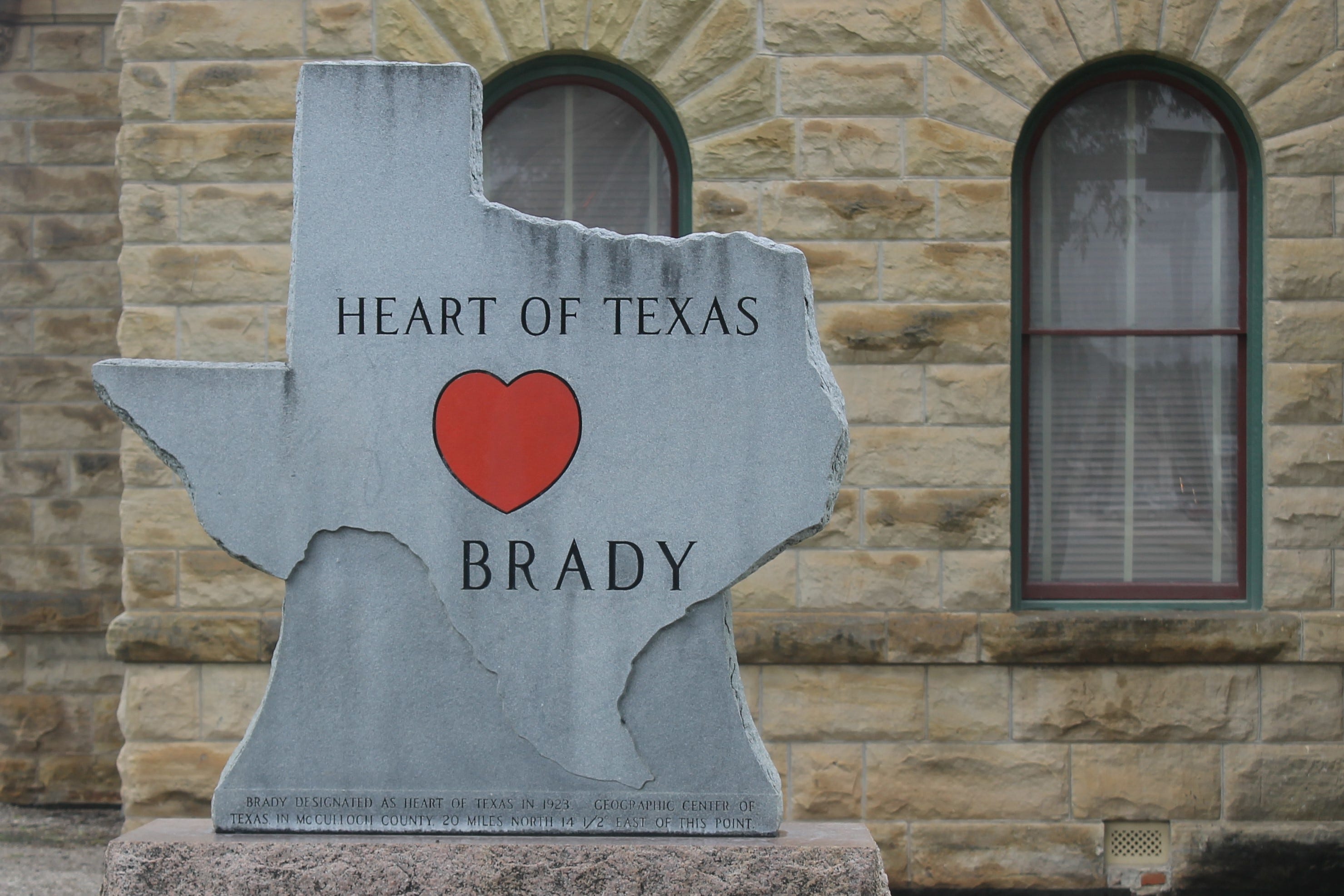 Texas has the most widespread water violations in the US, due in large part to the presence of radium – a radioactive substance that’s been linked to bone cancer – in its water supply.

The small city of Brady, Texas, has encountered radium levels that are nine times higher than the EPA limit. Local residents report that the tap water can be orange, brown, or even green in colour, and many have resorted to drinking bottled water instead.

Baltimore has a cloudy reservoir with potentially toxic particles. 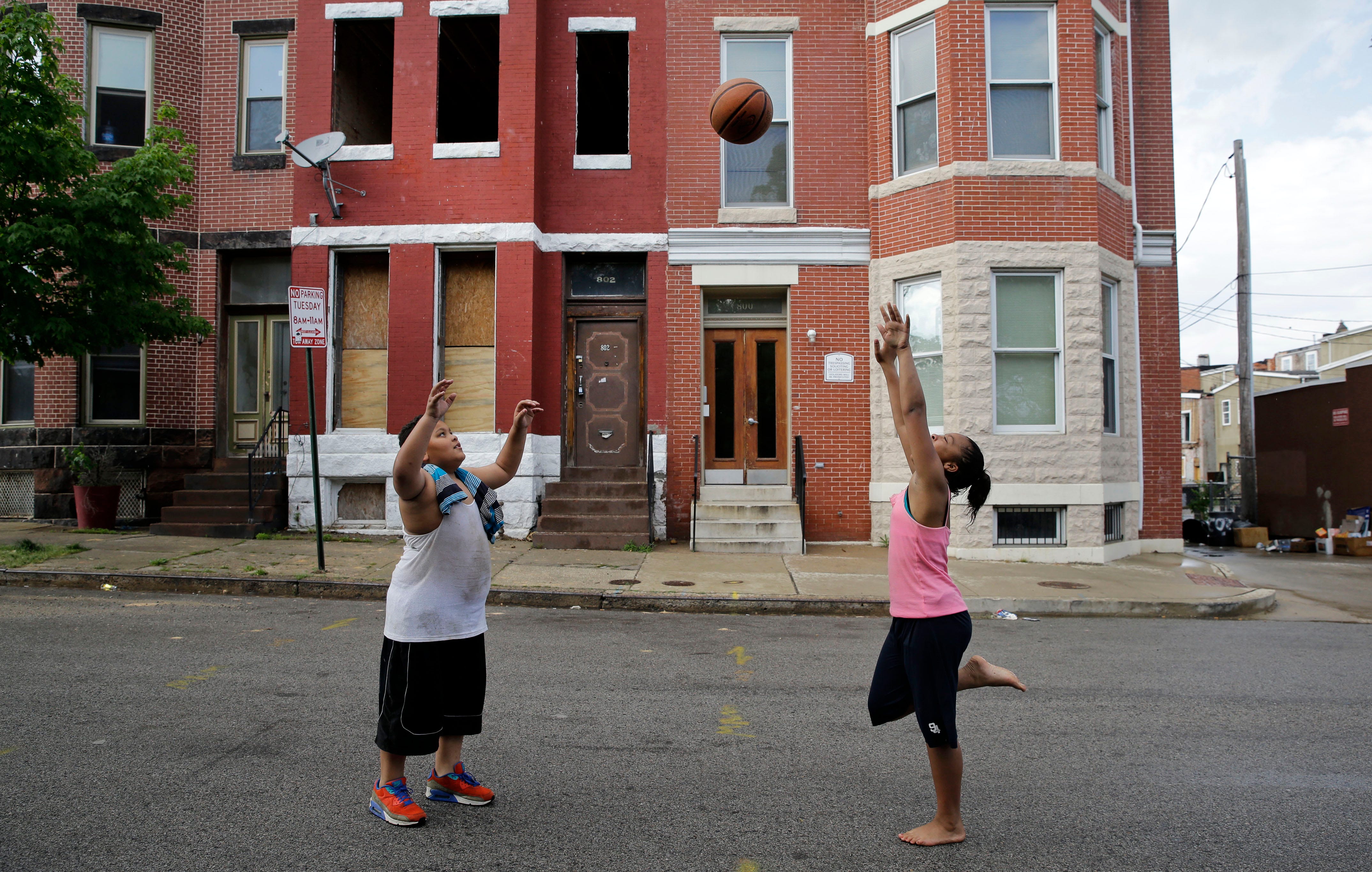 Patrick Semansky/AP ImagesChildren play with a basketball in front of a vacant home in the Reservoir Hill neighbourhood of Baltimore.

Baltimore’s water samples don’t contain nearly as much lead as samples in Newark or Detroit, but at least two dozen schools have been found to have elevated levels of lead in their drinking water.

The city’s Druid Lake reservoir is also clouded with particles that can carry viruses, bacteria, or parasites. Officials are now embarking on a $US140 million project to bring the reservoir up to safety standards. 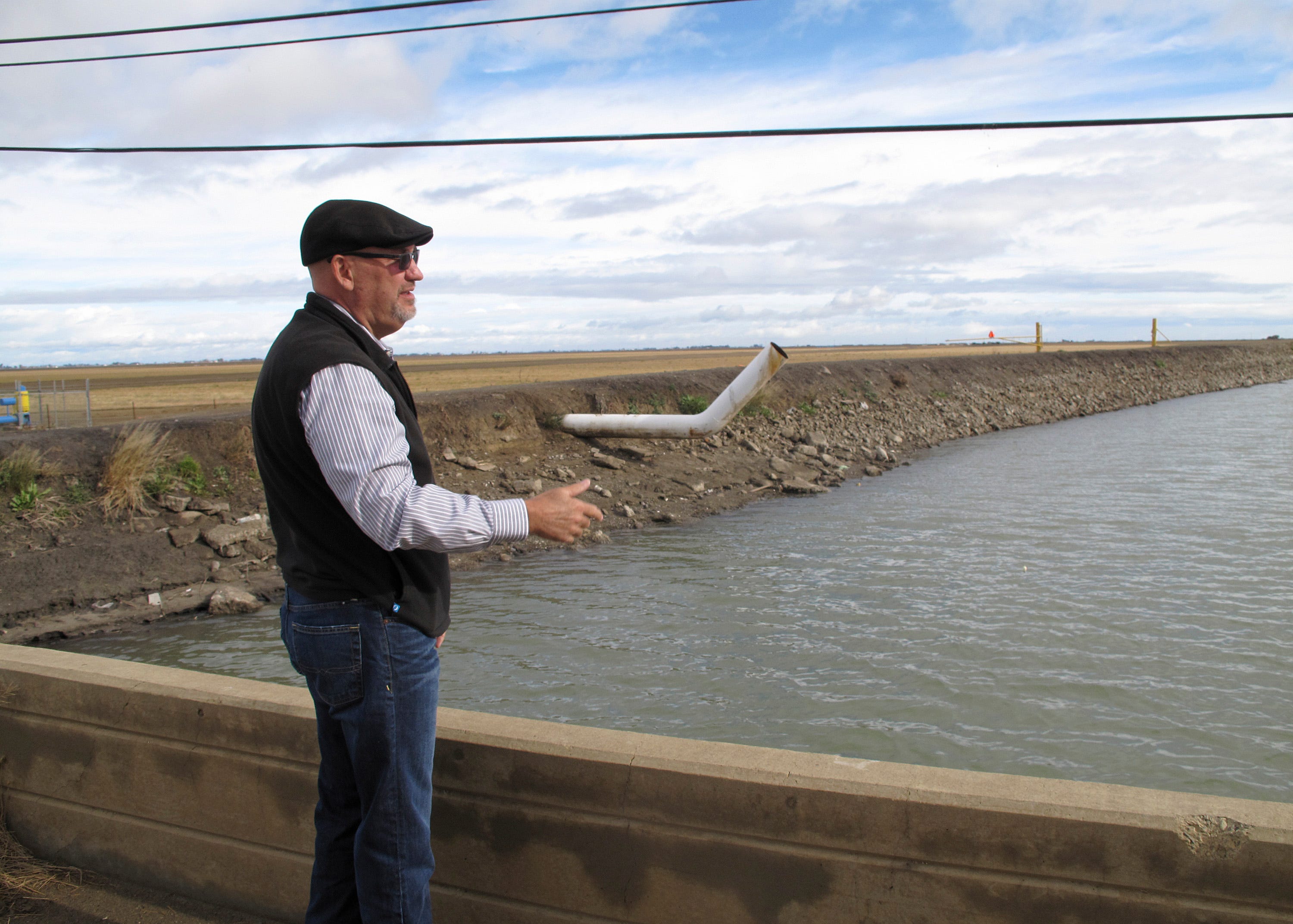 Like Texas, California has a statewide water sanitation problem. At least one water supplier in 38 of California’s 58 counties violates state water standards.

Many Central Valley cities have been hit hard by the California drought, which dried up wells and prompted excessive groundwater pumping that leached toxic levels of arsenic into the water supply.

In the city of Dos Palos, residents have switched over to bottled water after it was discovered that their water supply contained trihalomethanes, a group of chemicals that’s been linked to kidney problems and increased cancer risk. From 2013 to 2018, the city’s well failed at least 22 safety tests. 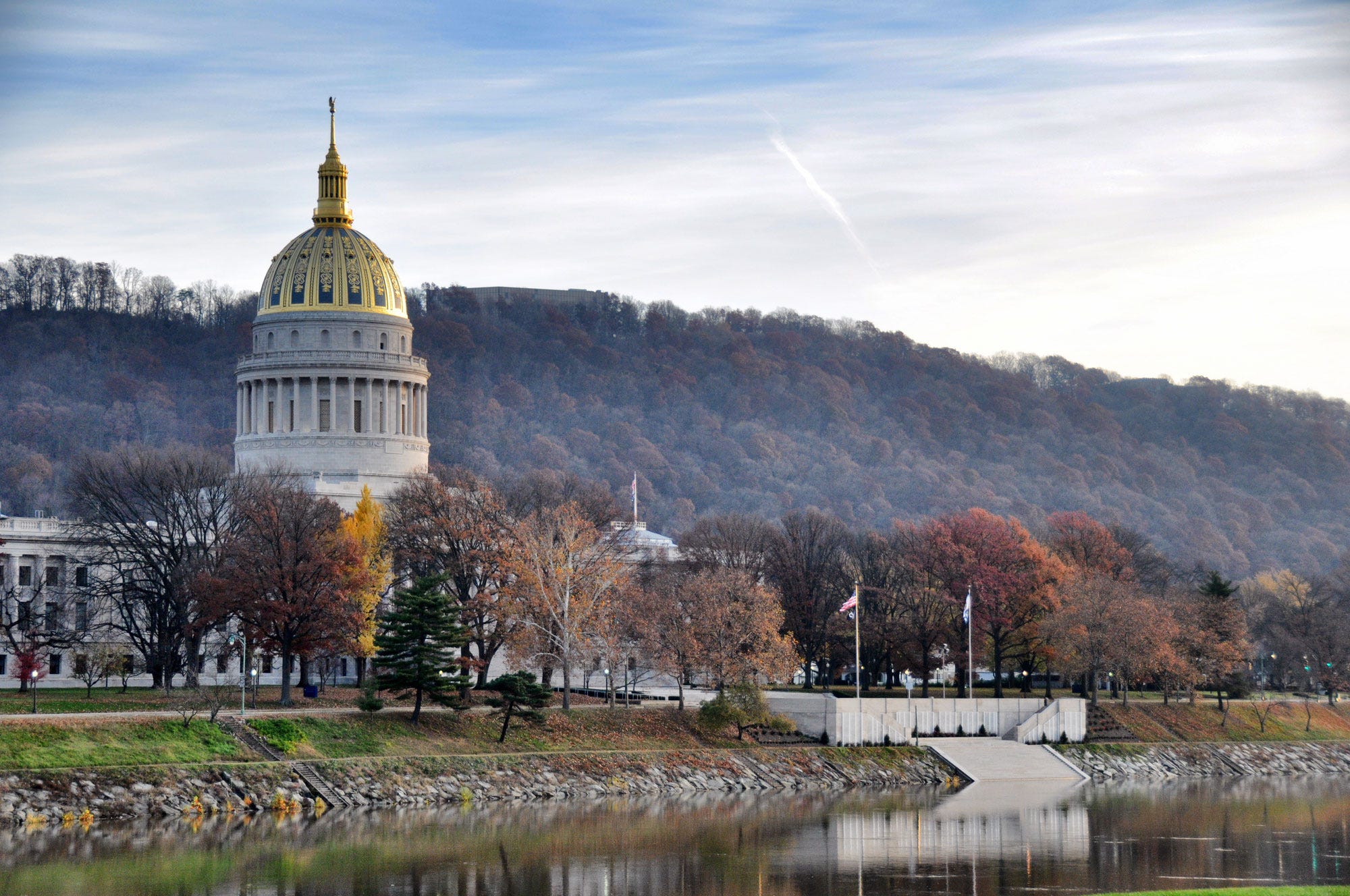 In 2014, residents of Charleston, West Virginia, noticed the smell of licorice wafting through their city. Tthe odor hailed from a massive spill of MCHM, a chemical foam that’s used to wash coal. If the chemical is inhaled or comes in contact with skin, it could cause vomiting or irritation such as itching or burning.

As late as 2017, officials continued to express concern about the safety of the city’s drinking water. That same year, the nonprofit Environmental Working Group found multiple contaminants in the city’s water supply.

The city of Newburgh in upstate New York declared a state of emergency over contaminated water. 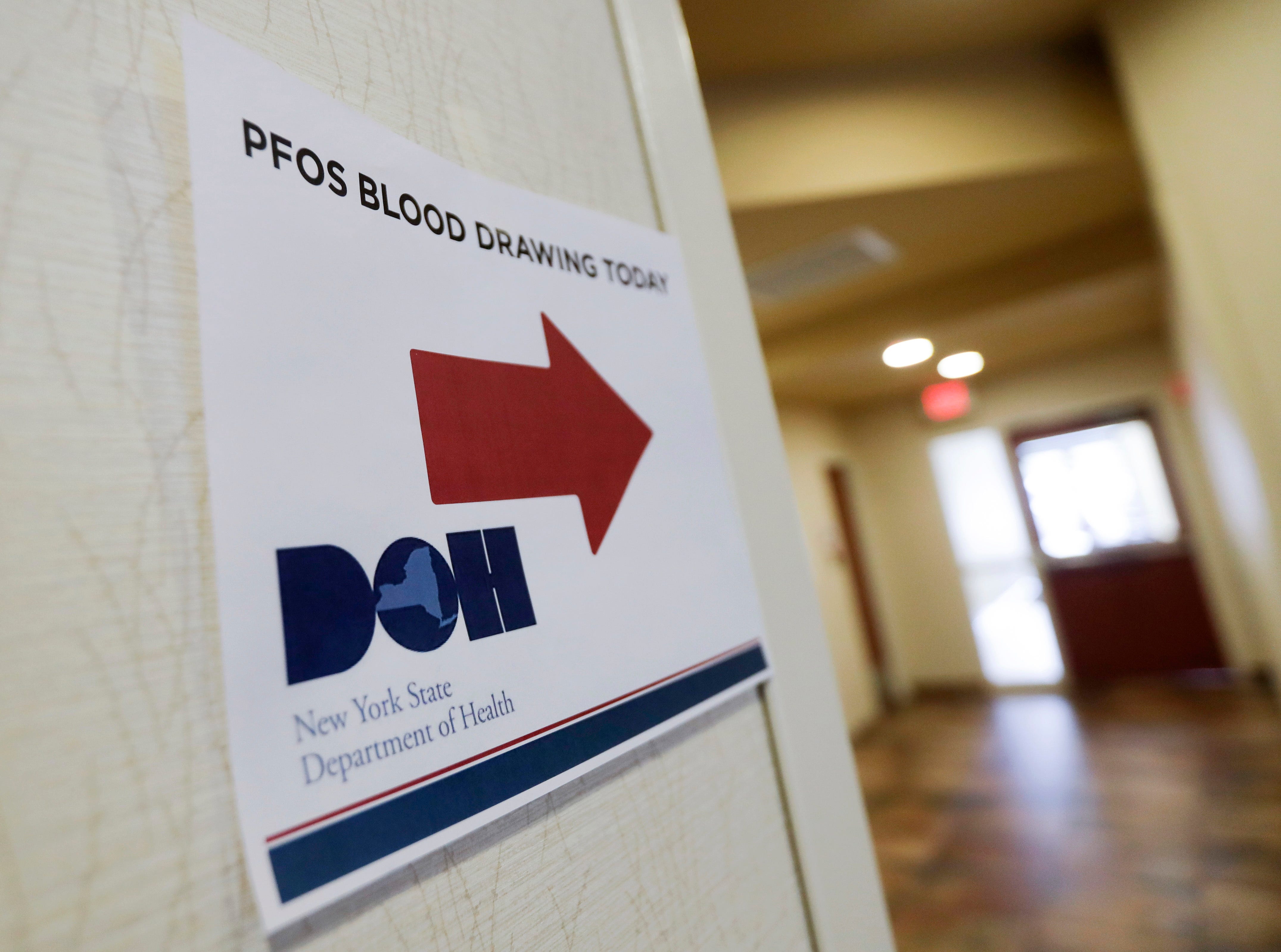 In 2016, a 1.3 billion-gallon reservoir in Newburgh, New York, tested positive for a dangerous pollutant called perfluorooctane sulfonate (PFOS), which has been linked to cancer and chronic kidney disease. Back in 1990, the New York Air National Guard spilled fire-fighting foam, which contains PFOS, into a stream that’s connected to the reservoir.

The discovery of PFOS prompted Newburgh to declare a state of emergency in 2016. The city has since installed a new filtration system, but residents are concerned that the only way to obtain safe drinking water is to have the reservoir cleaned up. 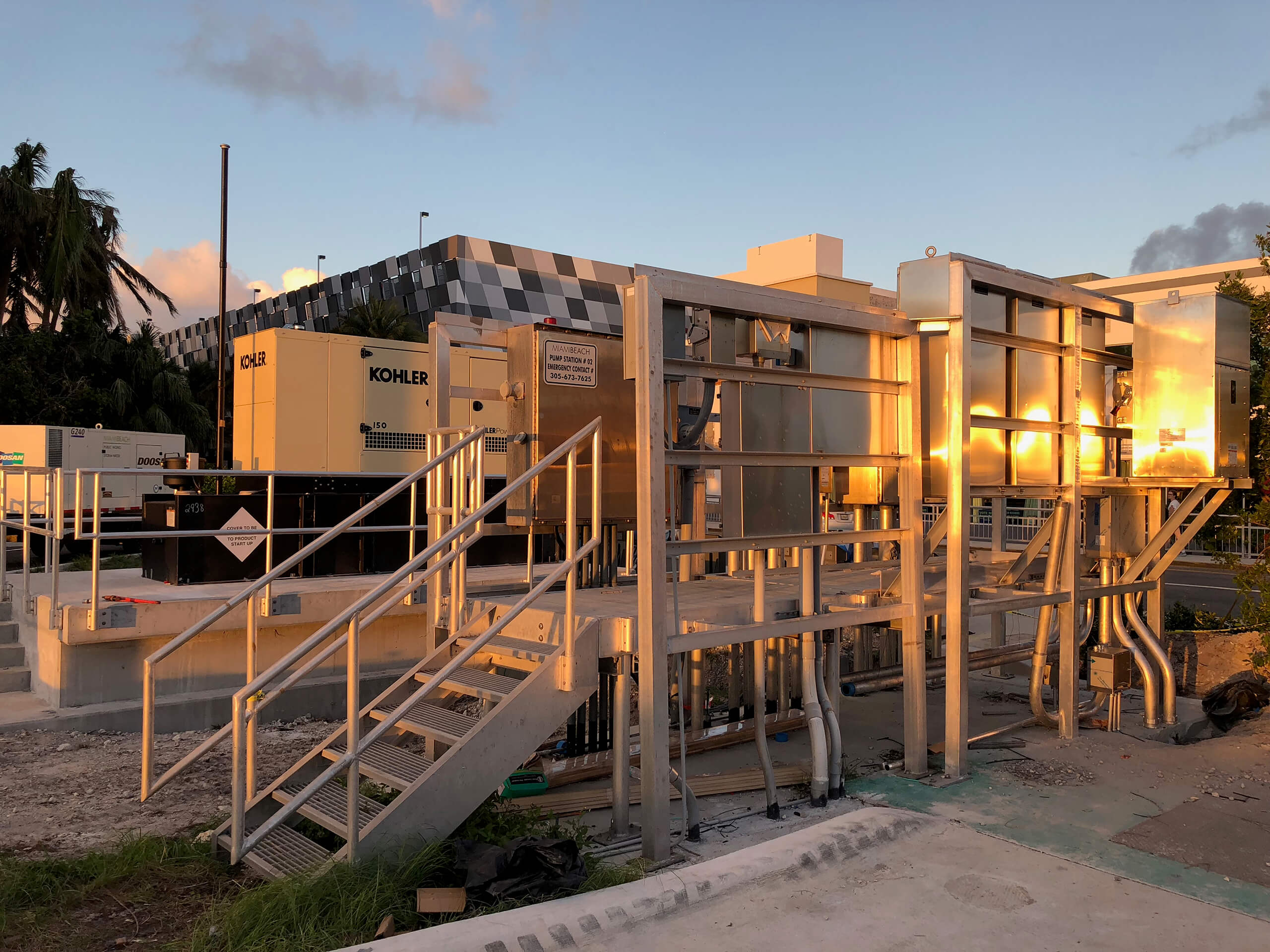 PFAS, whose full name is per- and polyfluoroalkyl substances, is a category of chemicals developed in the 1940s to resist heat, grease, stains, and water. They can linger in water and air for thousands of years, so consuming or inhaling them means they could stay in the body for life – hence their nickname, “forever chemicals.”

The nonprofit Environmental Working Group (EWG) recently tested for PFAS in the tap water of 44 different communities across 31 states. Miami had one of the highest concentrations: 57 parts per trillion.

The EPA’s general limit for drinking-water contaminants is 70 parts per trillion, but environmental groups have expressed concern that the limit is too high when it comes to PFAS. (The nonprofit EWG endorses a limit of one part per trillion.)