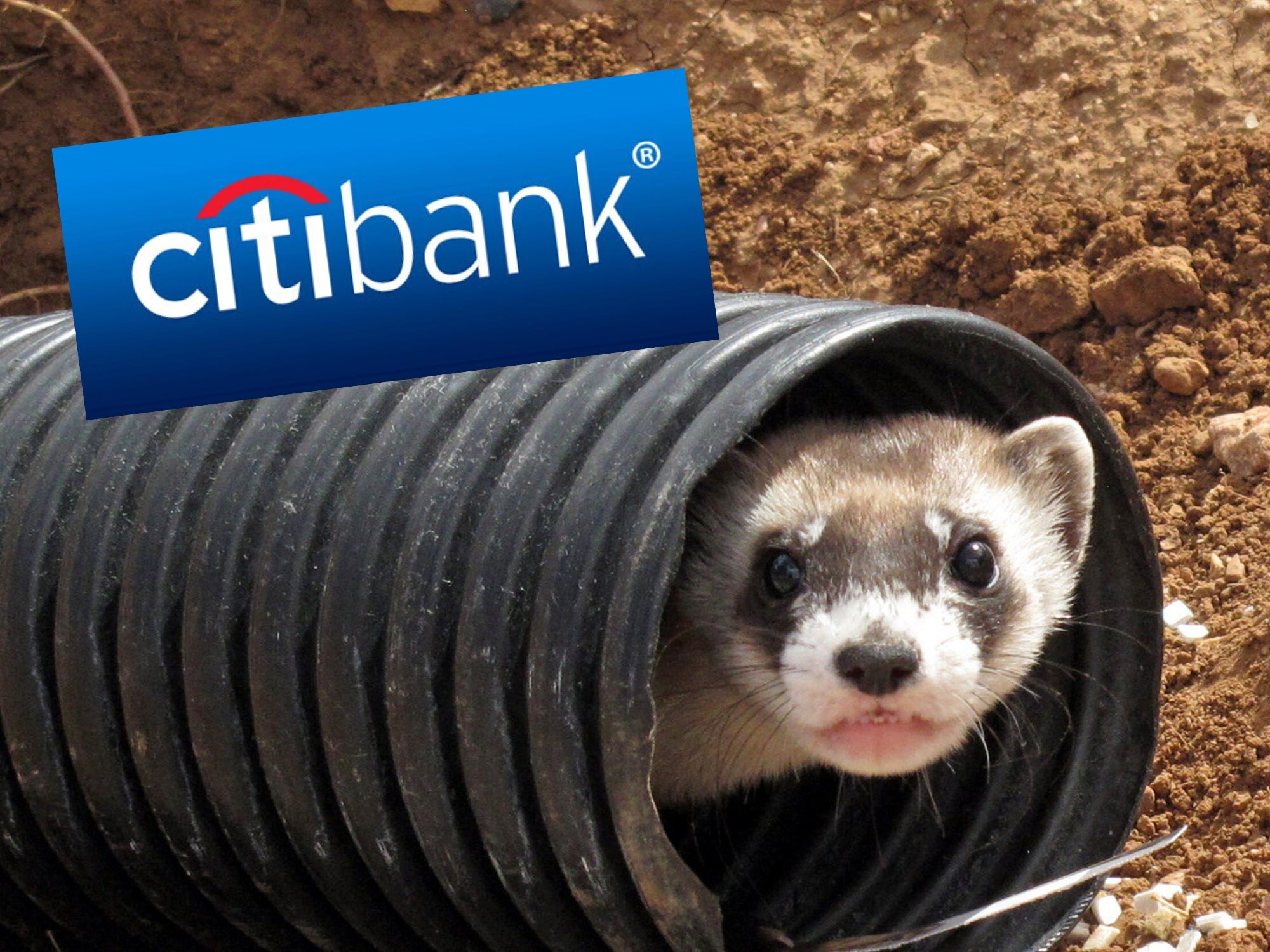 For about an hour on Tuesday night, Citibank customers trying to phone the company were met with the same odd message in place of a polite automated service operator: “Hello world. Weasels have eaten our phone system.”

Affected customers quickly took to Twitter to share their inability to contact Citibank over a variety of the company’s 800-numbers and support lines. Some speculated that the prompt indicated Citibank’s phone system was hacked.

One angry customer posted on Twitter, “Why the FFFFF is the @Citibank phone system GARBAGE right now??”

“Citibank is hacked. Try calling them and you will get creepy sci-fi message saying ‘weasels have eaten our phone system,'”another Twitter user wrote. “Can’t make this stuff up.”

Take a listen to the message, which one Twitter user recorded and posted:

@citi We've been over this. You can't just let weasels loose in the teledata closet. pic.twitter.com/hzhZevuMgh

Hey, @Citibank.
Your phone system seems to be compromised.
Literally the answer I get is "Weasels have eaten our phone system."
Anything you want to discuss?#Citibank

The reality isn’t as sinister as some may think. The weasel-related prompt was actually a replacement for an error message – a unique and bizarre one at that. Yet Citibank can’t take credit for the automated masterpiece: It actually dates back more than 15 years, according to computer engineer Jared Smith.

“It tends to be used as an audio representation of something that has gone wrong,” Smith told Business Insider. “It’s used as a way of telling the caller, ‘Hey, something went wrong. Our system doesn’t know how to handle it.”

The error message about weasels is taken from a free open-source project called Asterisk, which Smith describes as “a phone system toolkit” for companies. Asterisk provides the building blocks that anyone can use to more easily create their own computer-automated telephone systems.

Smith knows the history of Asterisk as the vice president at Sangoma, a telecommunications software company that acts as the corporate sponsor and primary maintainer of the open-source project. He told Business Insider that more than 15 years ago, a developer presented Asterisk with a donation: a handful of “comical” automated prompts that users could borrow to replace Asterisk’s traditional error message indicating something was wrong with the system.

Beyond the prompt about weasels, the bevy of pre-recorded sounds also included messages like, “The office has been overrun with iguanas” and “Try to spend your time on hold not thinking about a blue-eyed polar bear.” As part of his gift to the Asterisk community, the developer paid for the prompts to be recorded by Allison Smith – the recognisable voice actress behind many of the automated prompts you commonly hear when calling up customer service.

Smith was unable to confirm whether Citibank uses Asterisk for its automated customer service system, but he did say that in-house developers and third-party consultants will often use Asterisk to build such systems for large companies.

“Last night, during a maintenance update, a vendor error routed customer calls incorrectly,” a Citibank spokesperson said in a statement Business Insider. “The issue lasted approximately an hour and we apologise for any inconvenience. And for the record, weasels have not eaten our phone system.”

Despite the peculiar message, Citibank’s phone system was not compromised. And because Asterisk is open source, this likely won’t be the last time you hear about a weasel chewing through a company’s telephone wires.