The 11 coolest features of the Cirrus Vision Jet, the $2 million 'personal' private jet with a parachute and emergency automatic landing capability 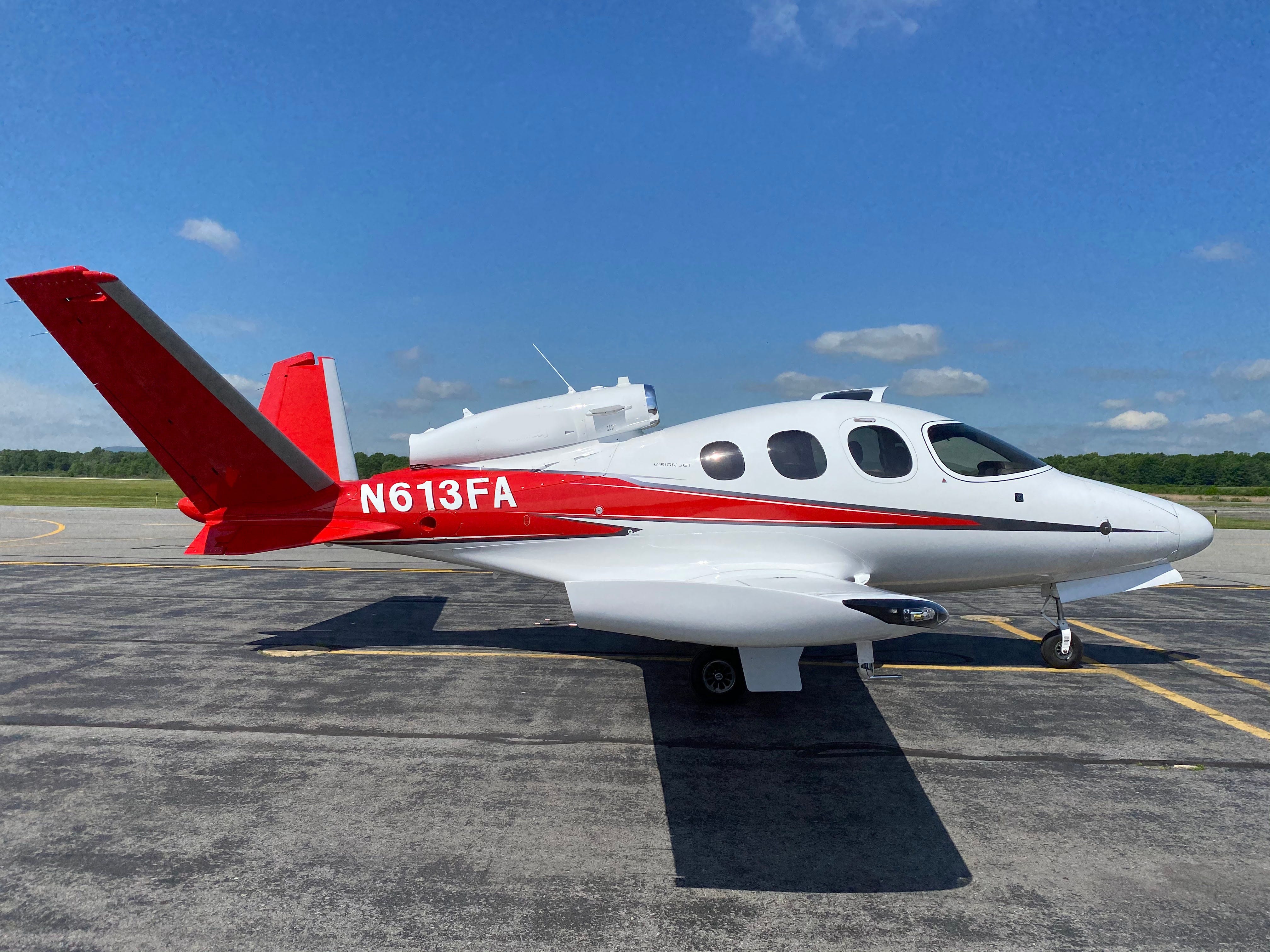 The Cirrus Vision Jet is the latest in a new kind of aircraft, personal private jets that are bucking the notion of traditional jet aircraft ownership.

Intended to be flown by only one pilot, often the owner, these unique aircraft are typically simplified as to not overwork the sole operator. But being easy to use doesn’t mean these jets aren’t packed with cool features that make it fun to fly in for pilots and passengers.

With the cost for a base model hovering around $US2 million and maintenance included in the monthly payments, the Vision Jet is opening up jet flying to a new realm of pilots that have the need for speed but not the wallet for expensive jets. The Vision Jet’s distinctive single-engine design also cuts down on operating costs compared to twin-engine jets.

Take a look at the Vision Jet’s coolest features.

1. There’s an emergency parachute: Cirrus is known for building parachutes into its aircraft for use in an engine failure situation where returning to the airport is not possible. 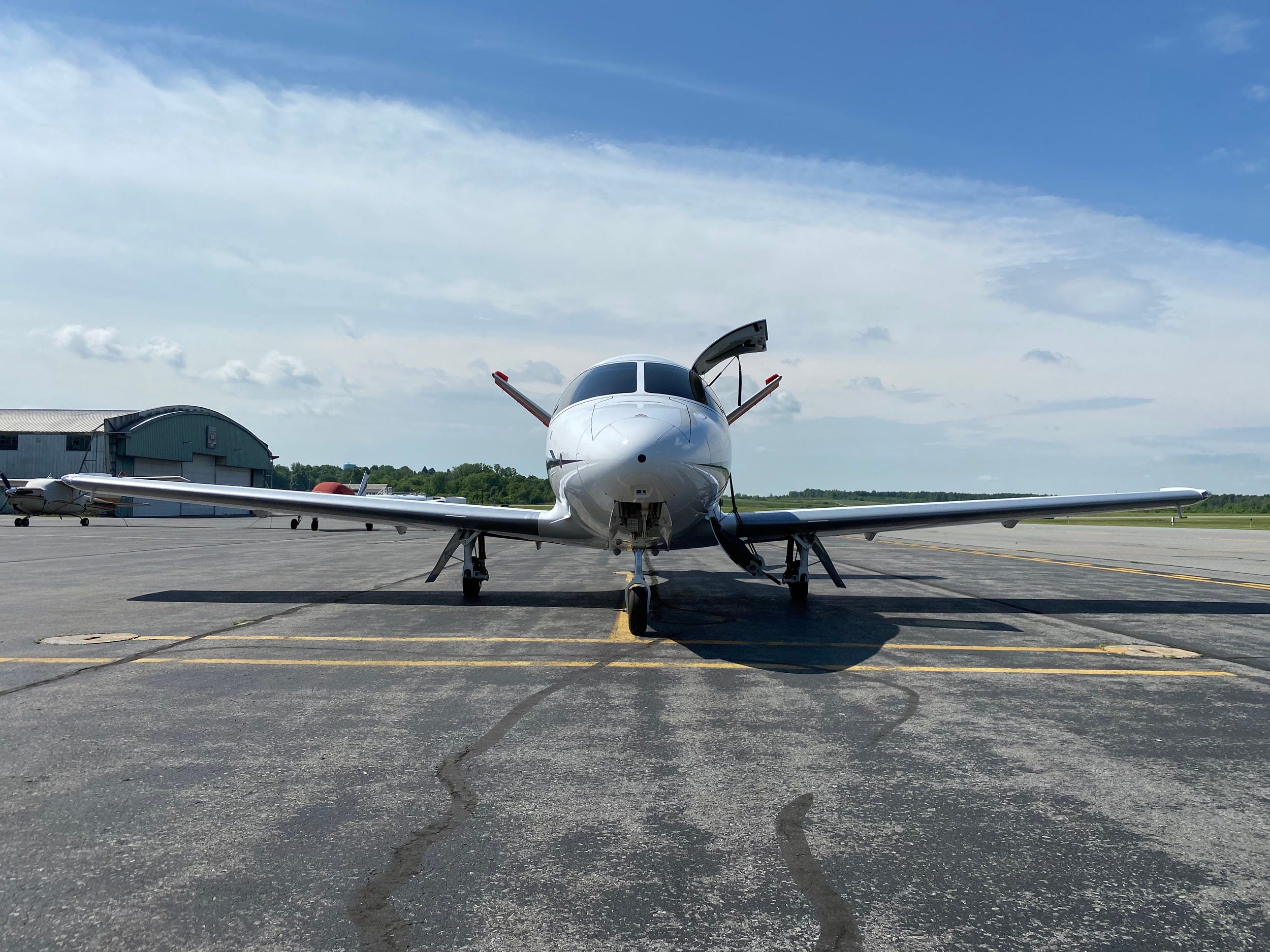 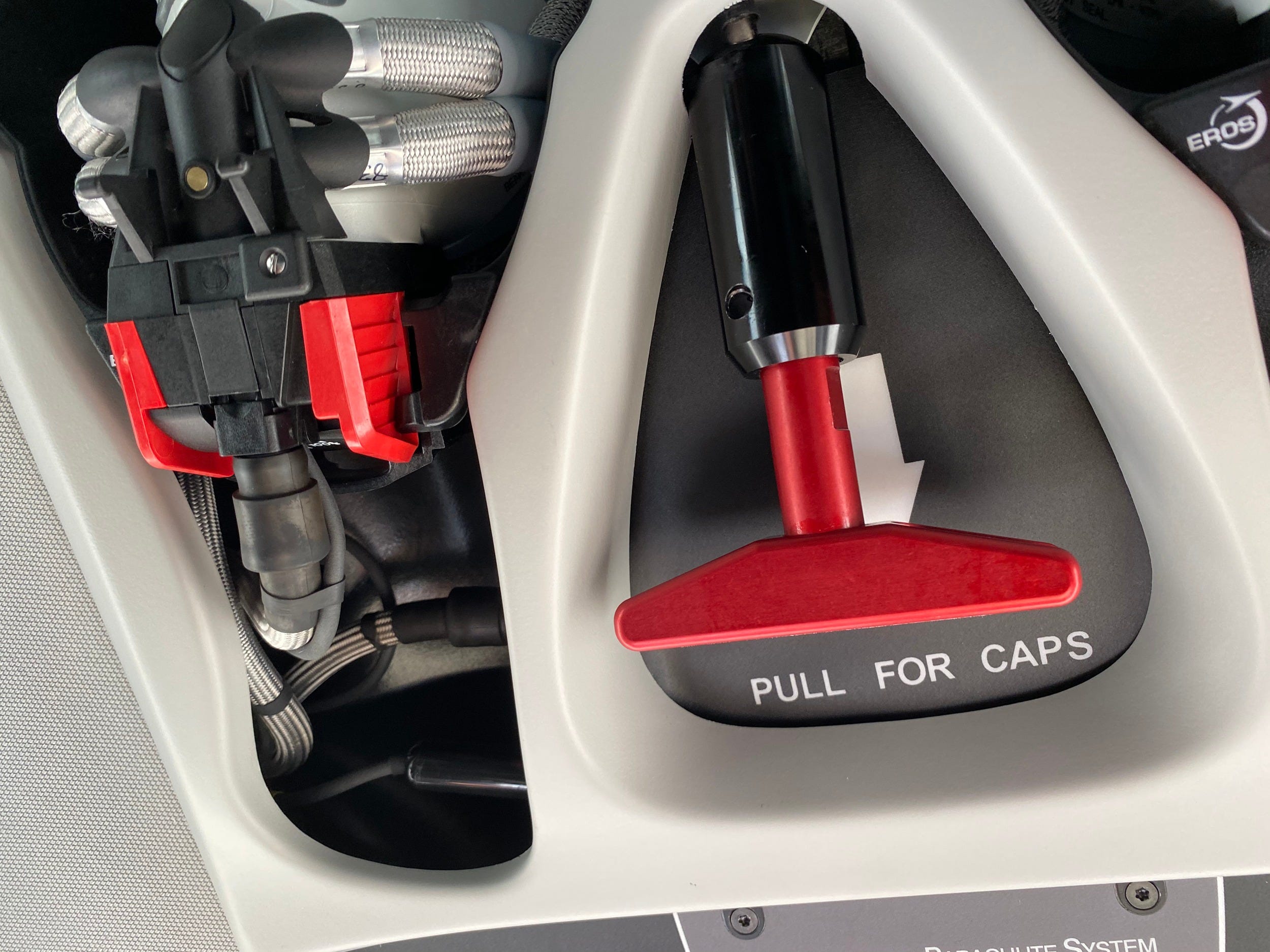 Here’s an SR-22 utilising its parachute after suffering an in-flight emergency. 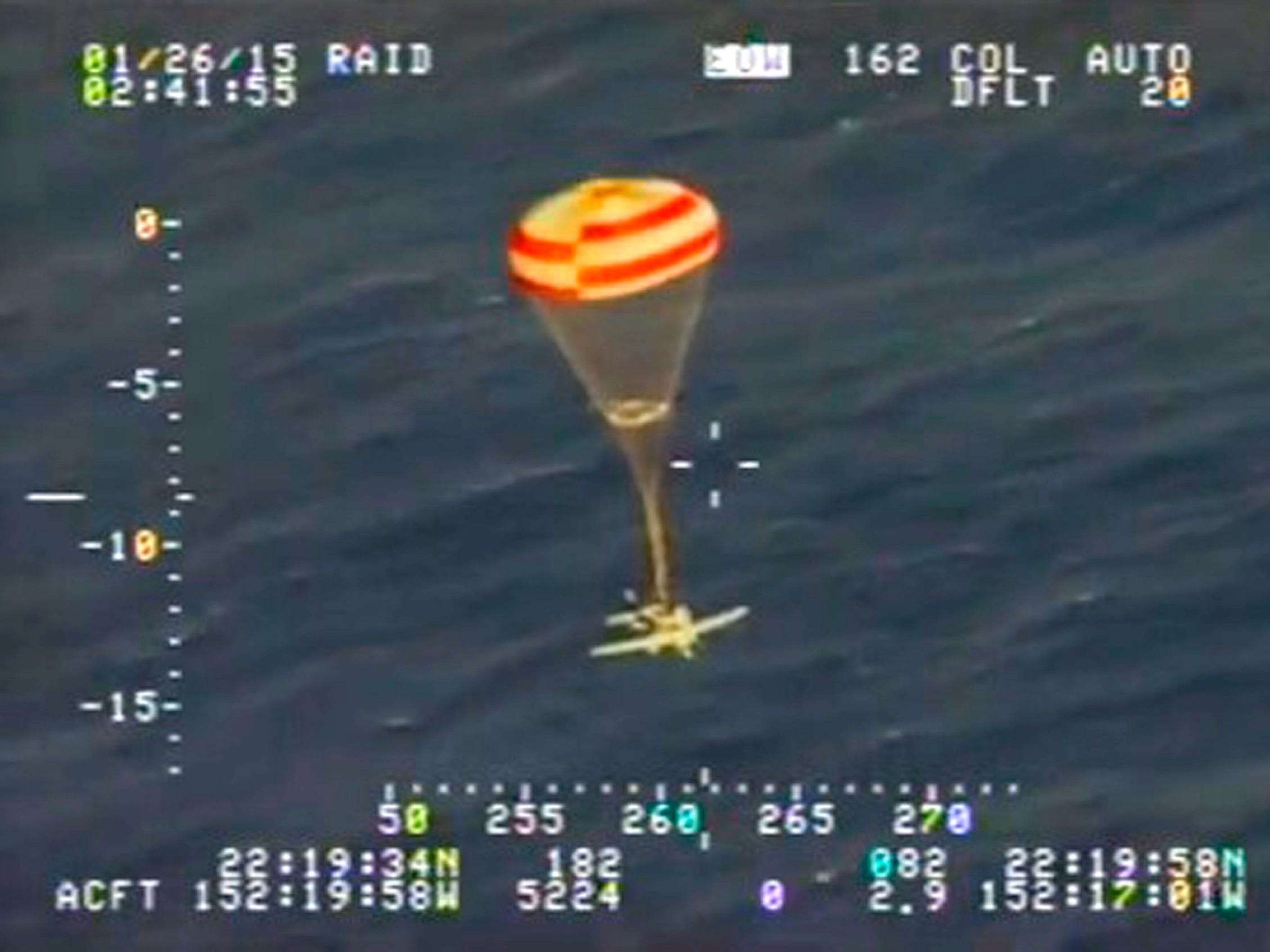 On the Vision Jet, the parachute deploys from the nose. Deploying it totals the aircraft, but provides a safe landing for the occupants. 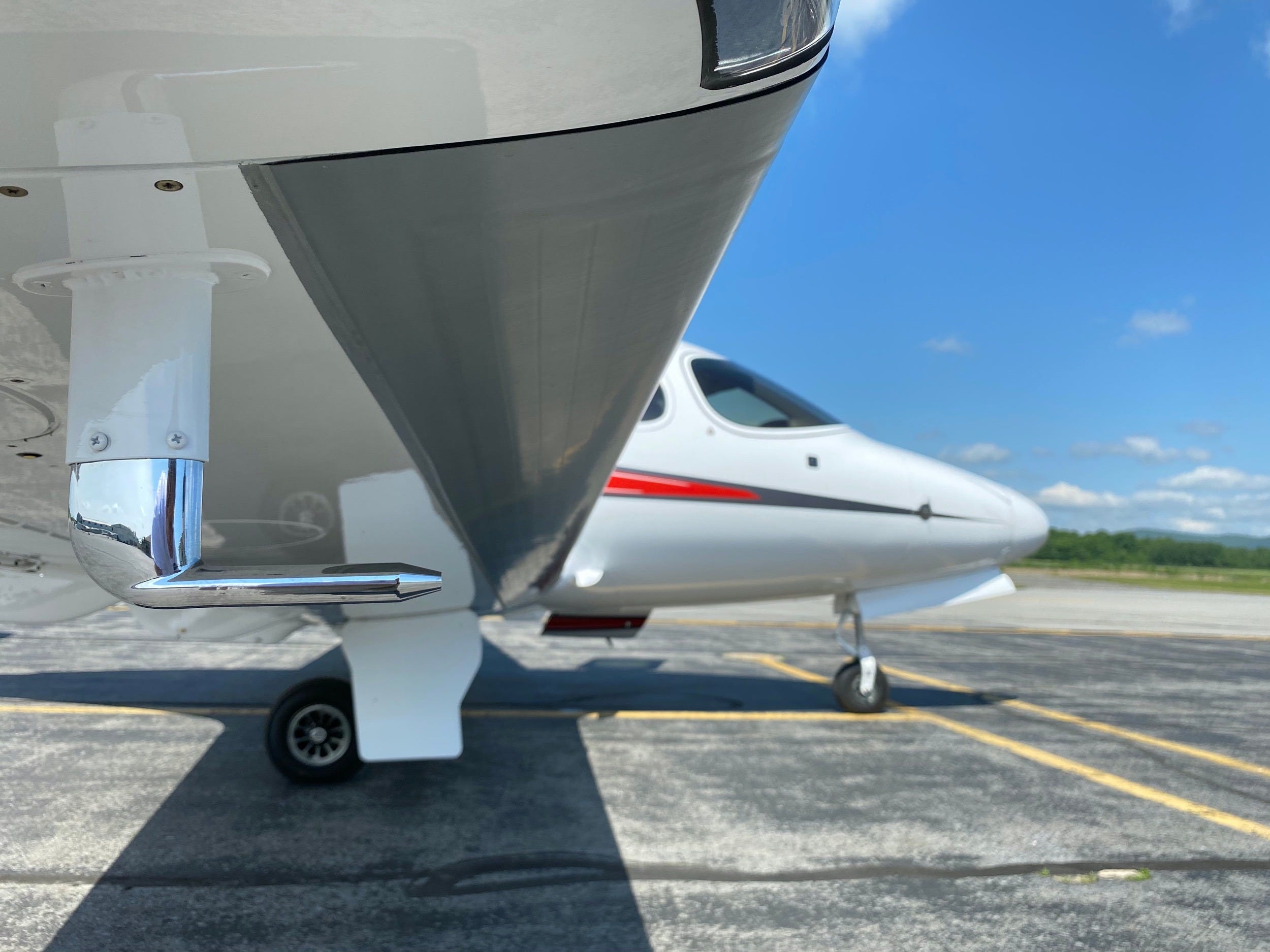 2. It can land itself in emergencies: Newer Vision Jets can have an add-on installed that lands the plane automatically with the press of a button. 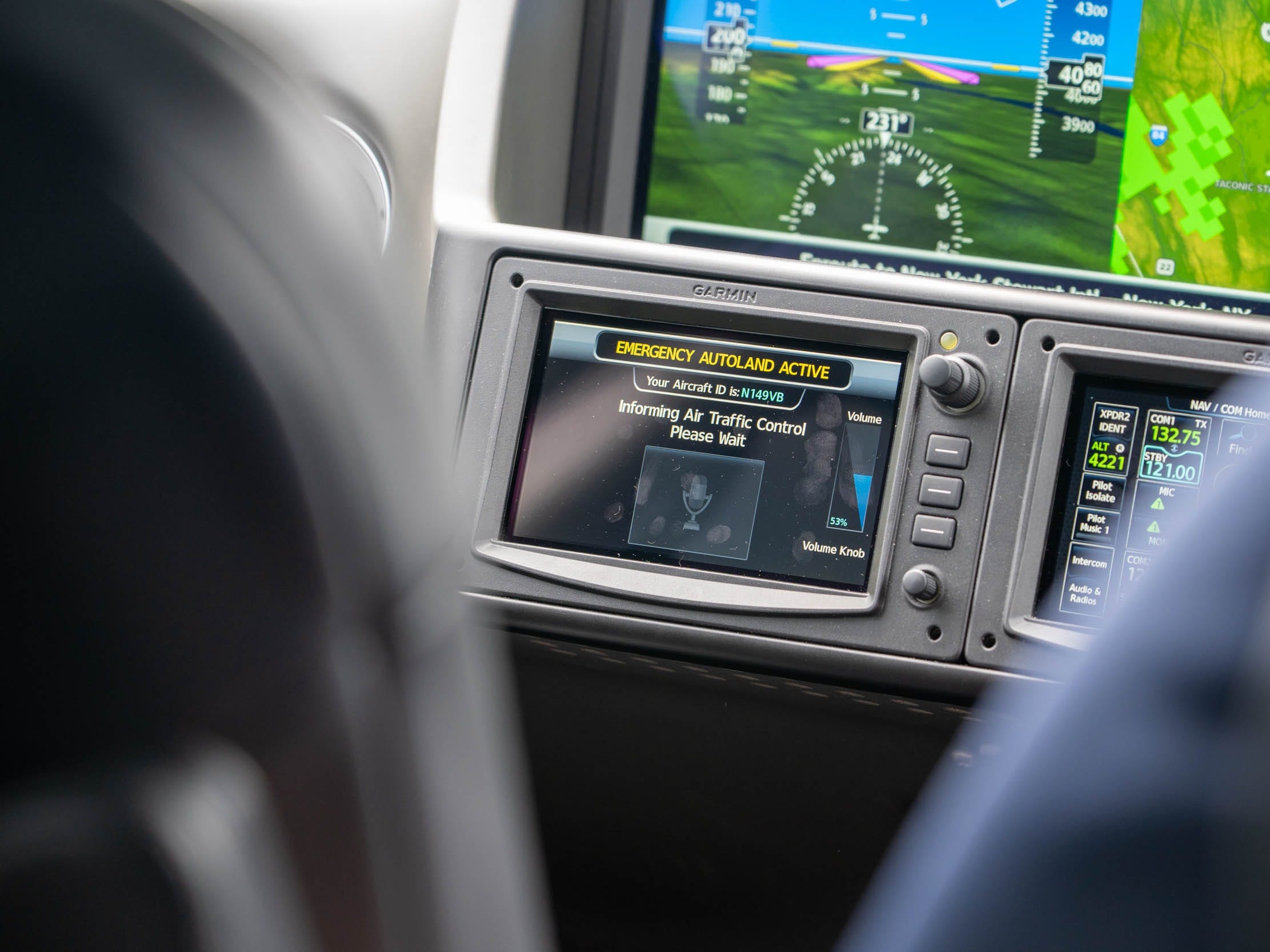 Developed by Garmin, the Safe Return Autoland Emergency System will automatically find and fly to the nearest usable airport when activated and land the plane. 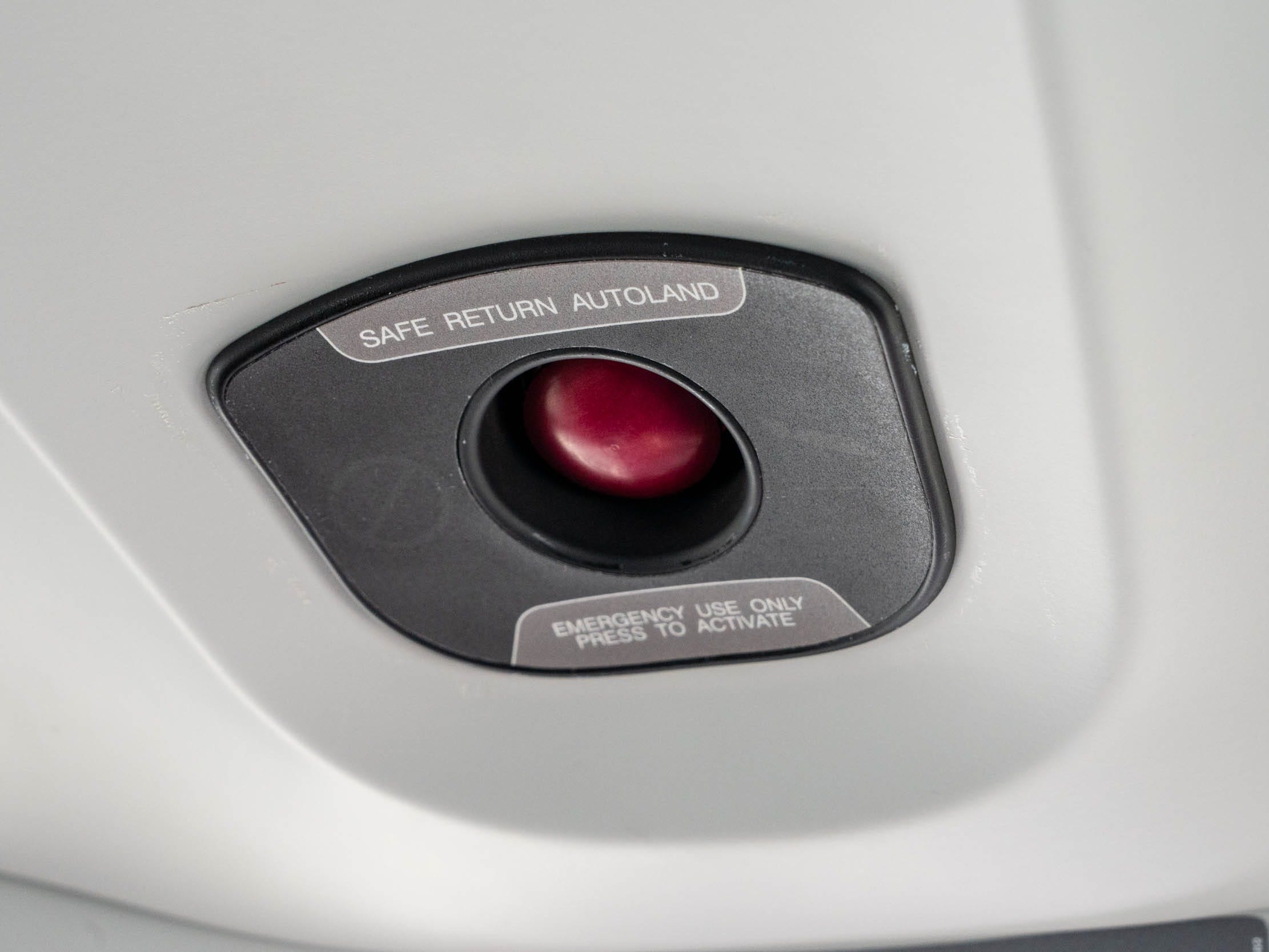 Read More: The cheapest private jet in the world can now land itself with the push of a button. We tested the revolutionary new emergency system.

With the plane meant to fly with only one pilot, the tool is useful in case nobody else onboard has the ability to fly and land the aircraft. It doesn’t replace the parachute, with that being a last resort. 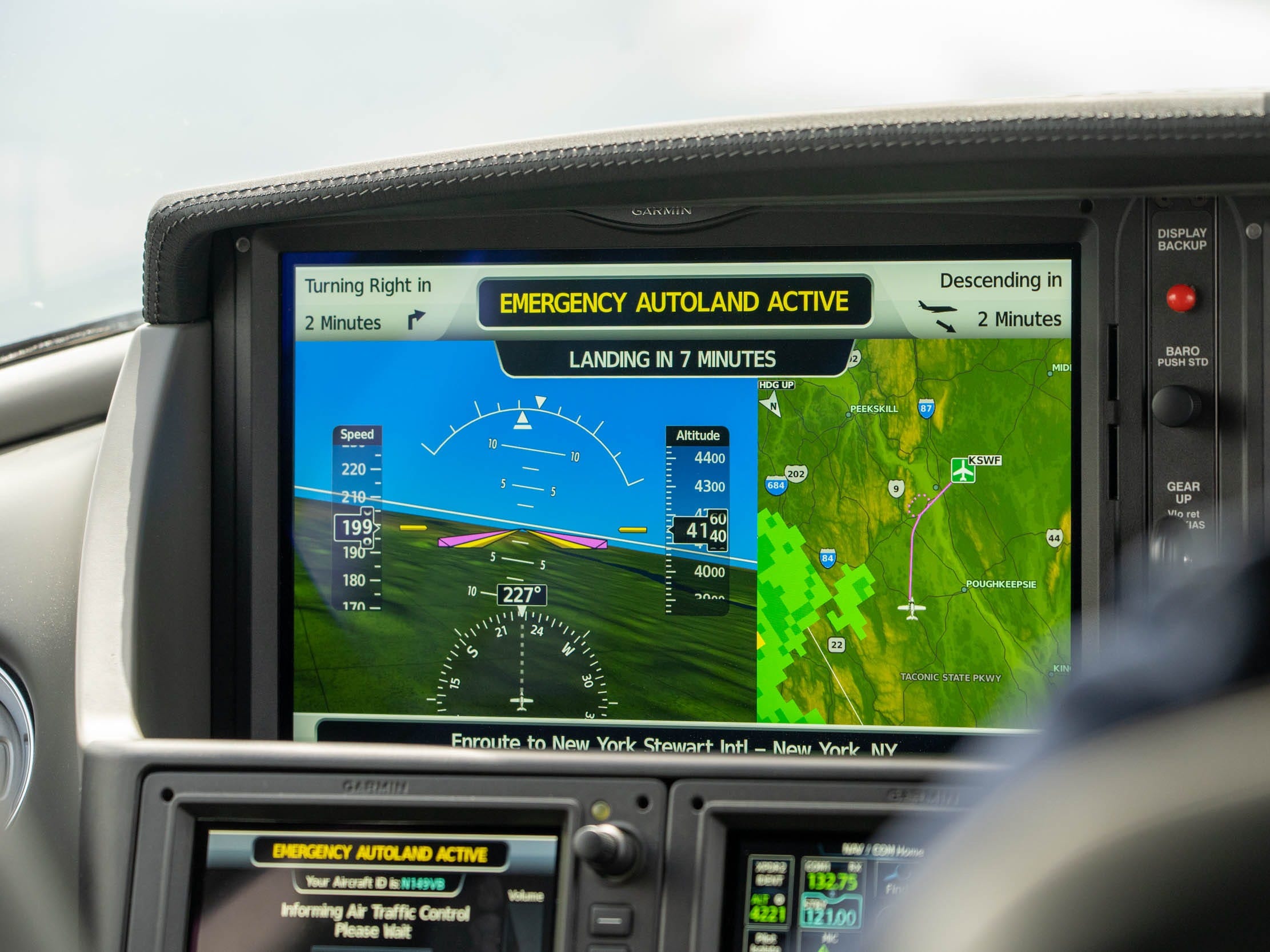 3. There’s air conditioning: The cooling and heating system on the Vision Jet is much like that of a car, with the dials and vents nearly identical to those found in luxury vehicles. 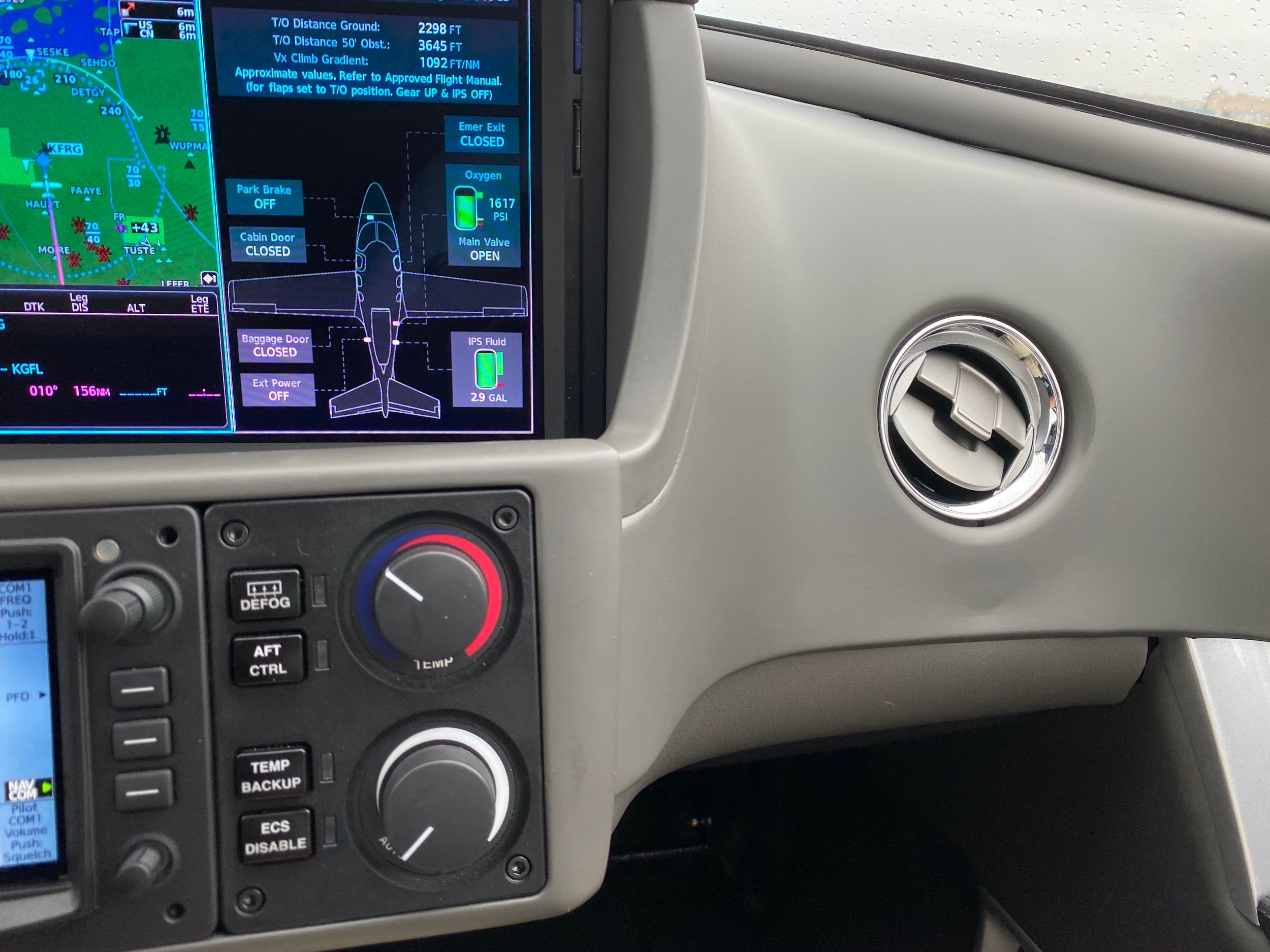 The passengers in the back also have their own units. 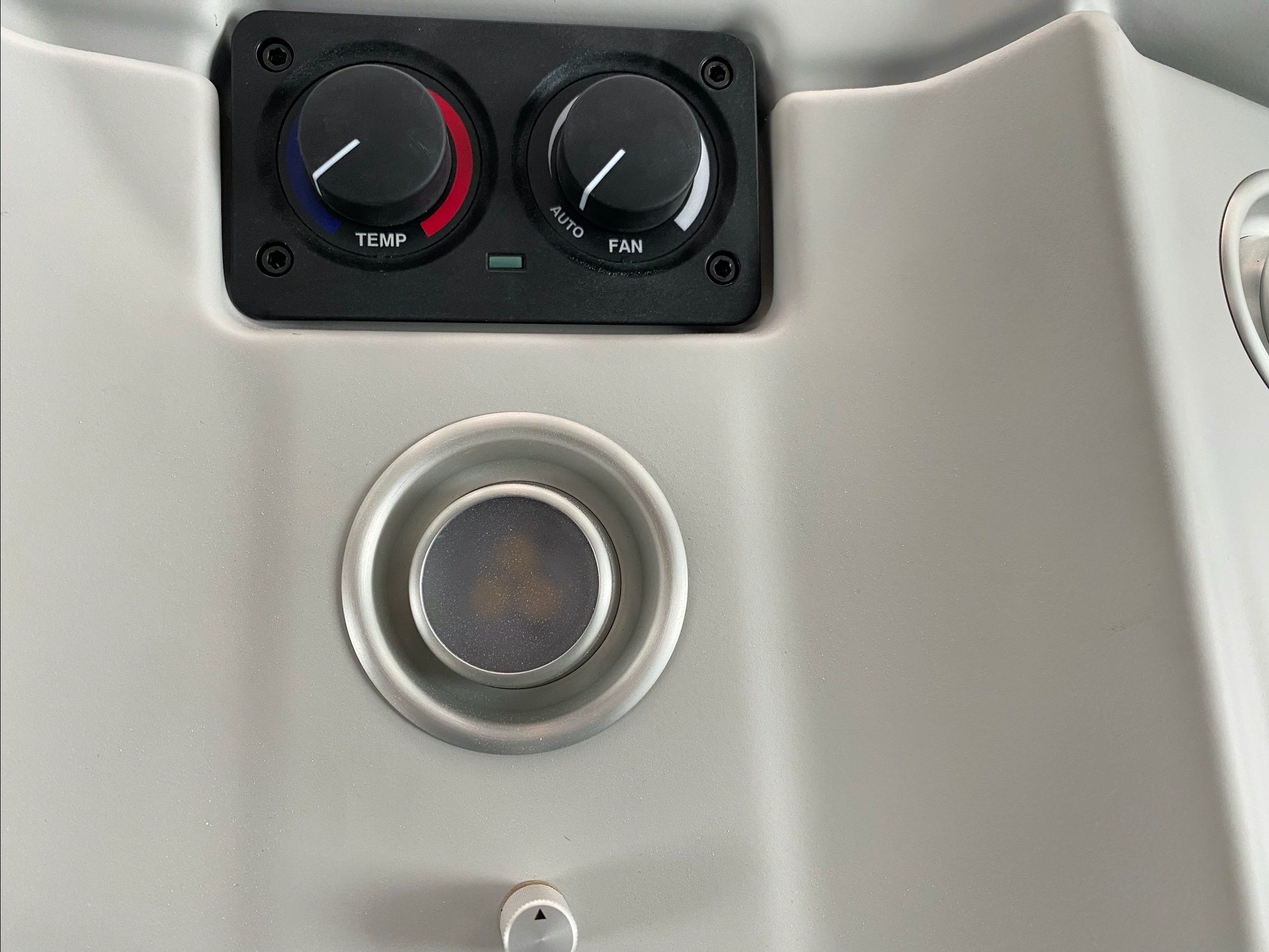 Unlike commercial airliners that only blow cold air from the vents, the Vision Jet features climate control. 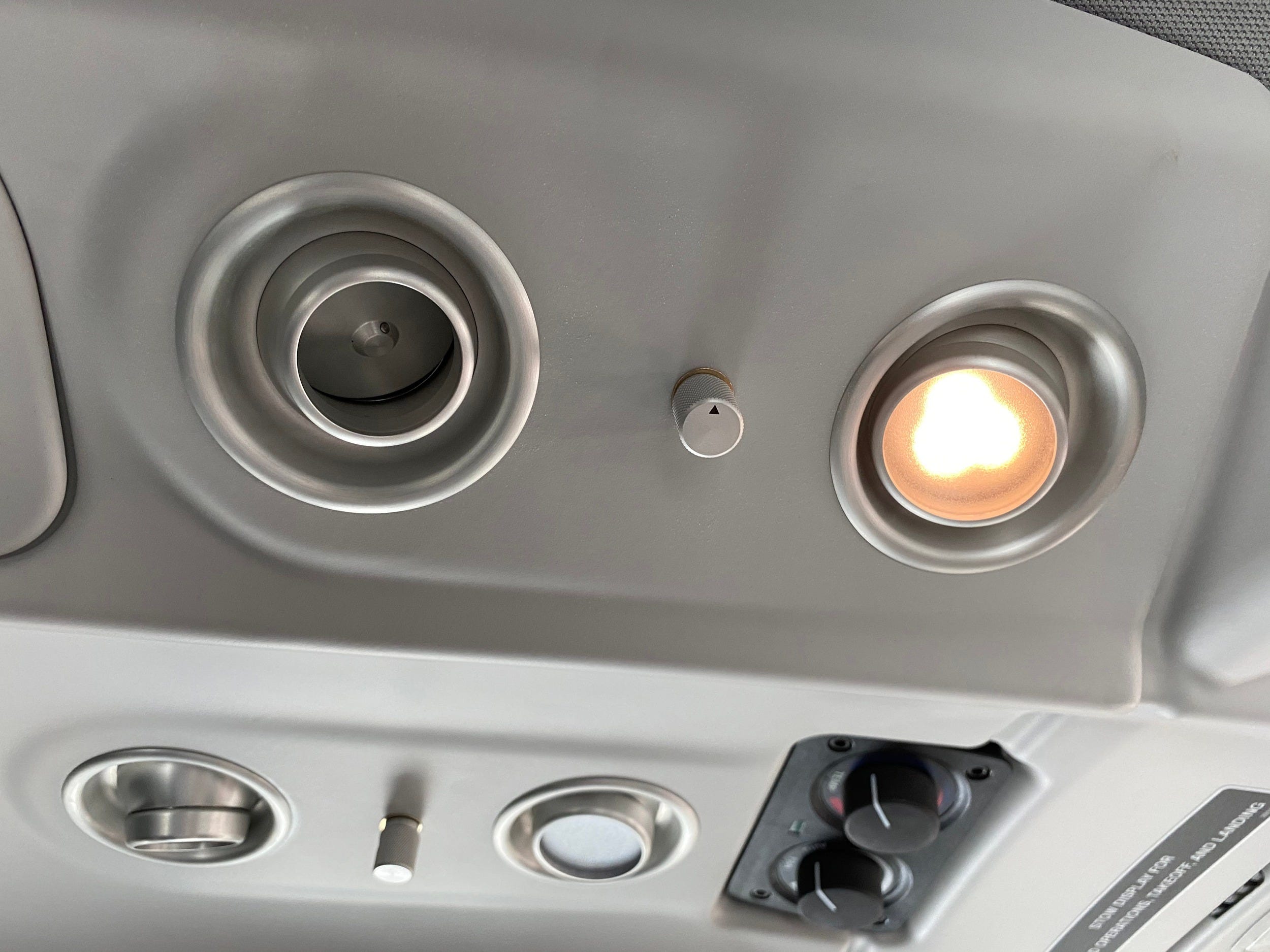 4. The windows are oversized and UV tinted: The first thing I noticed as a passenger was how large the windows were, which made the 5.1-foot-wide cabin feel more open. 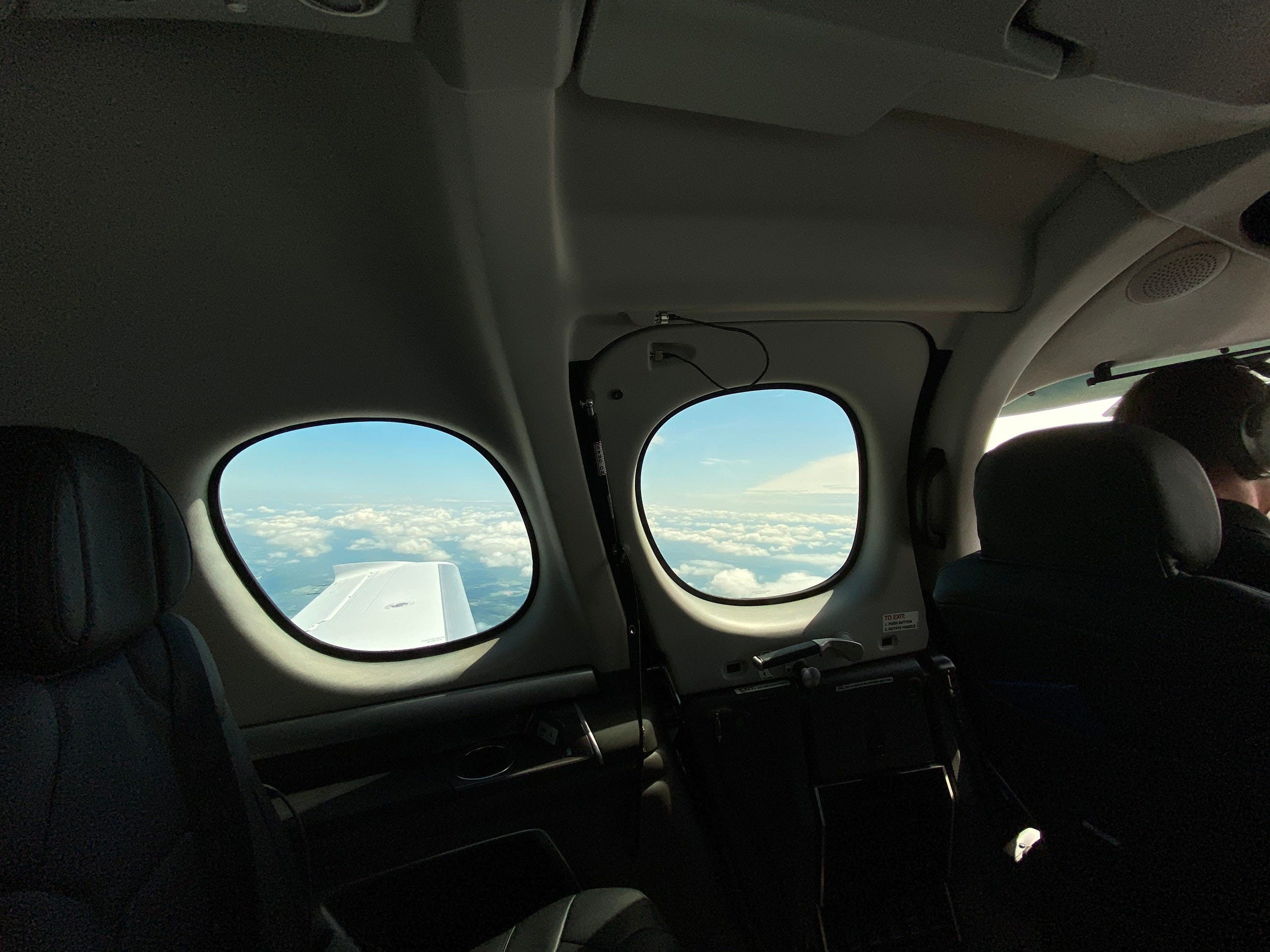 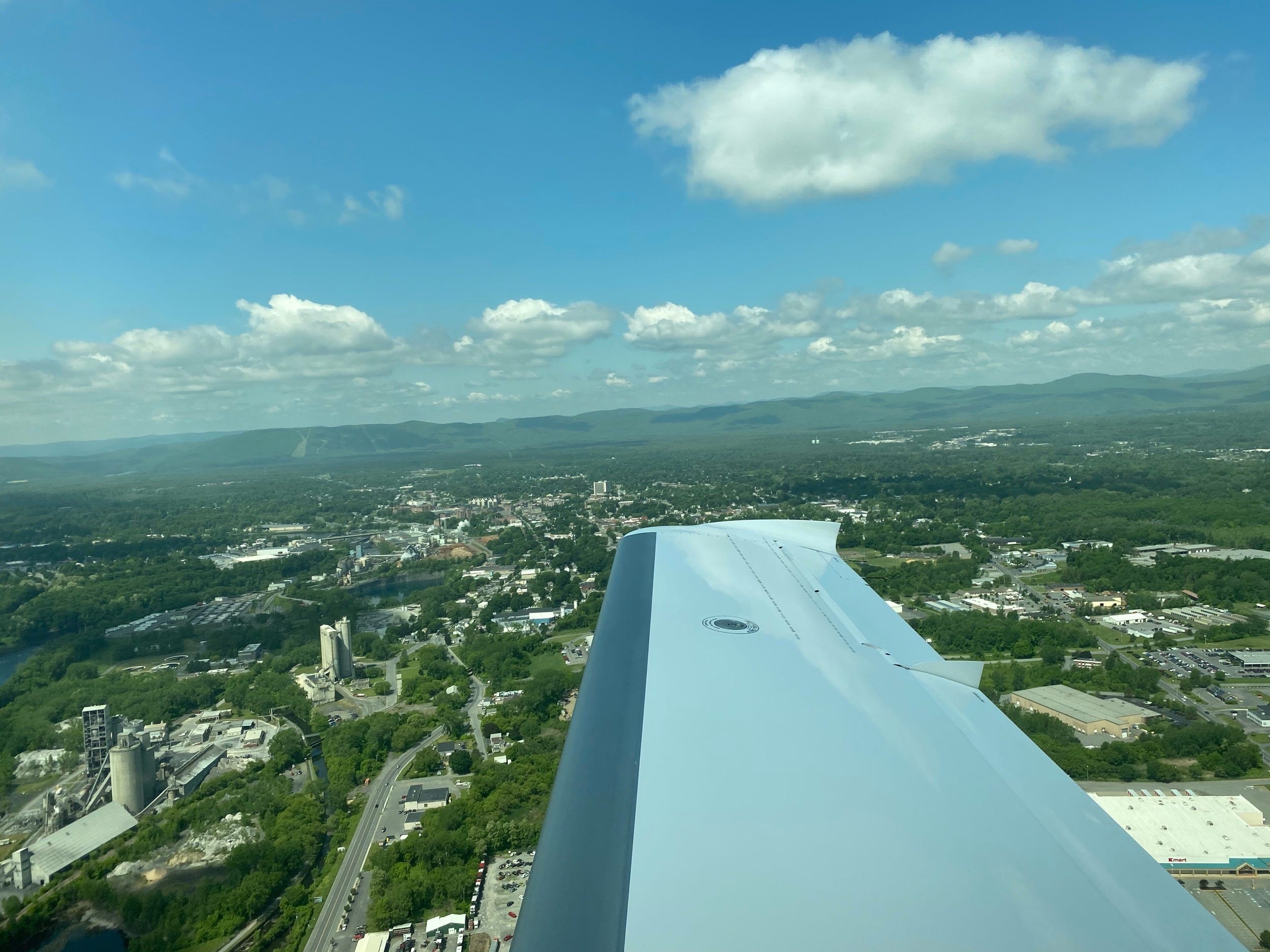 There are no window shades but passengers don’t have to worry about getting sun-burnt as they are UV tinted. 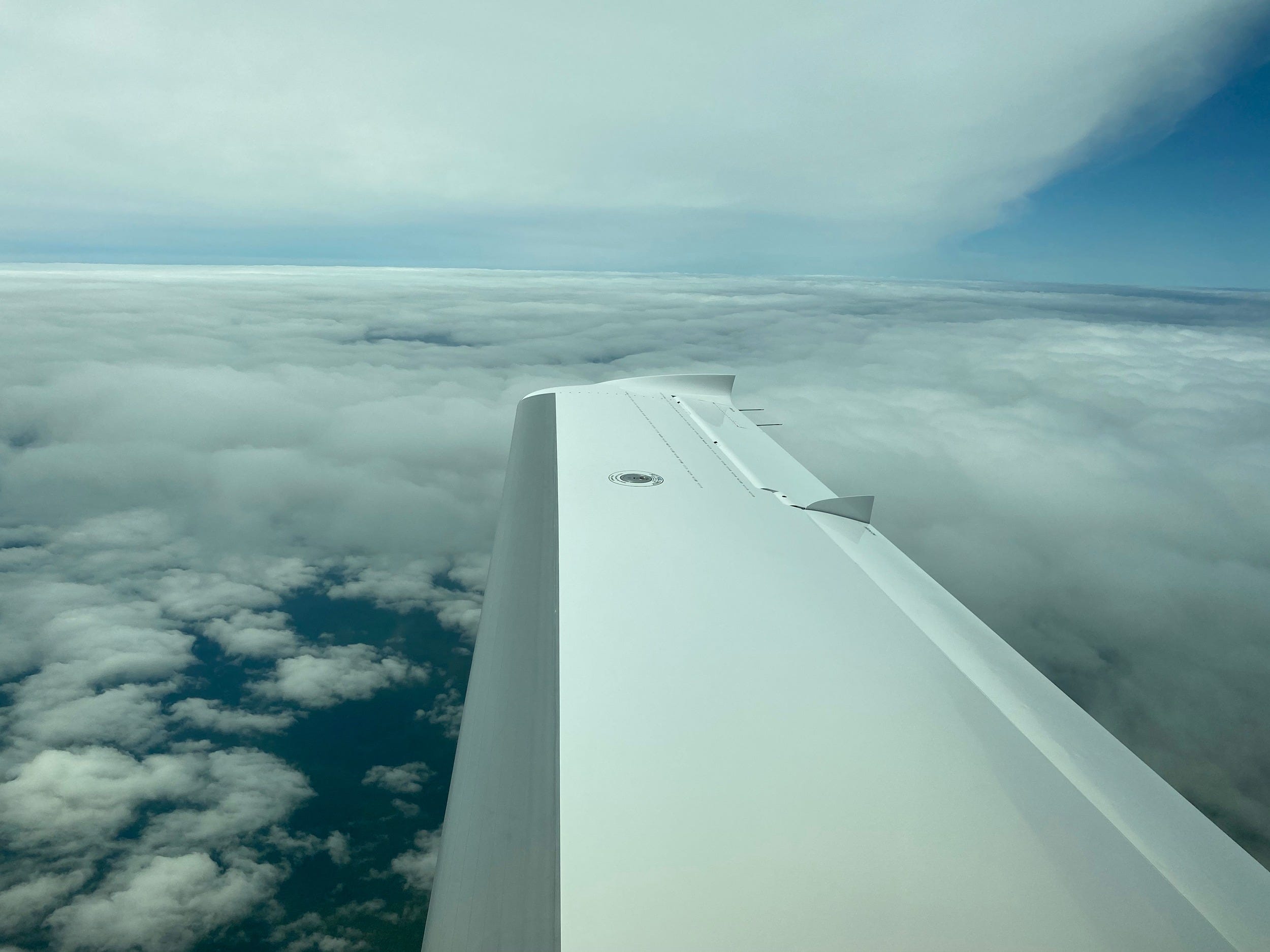 5. There’s an instant replay feature for the pilot’s radio: Just like the 10-second rewind function on Netflix, pilots flying the Vision Jet can rewind air traffic control communication with the press of a button. 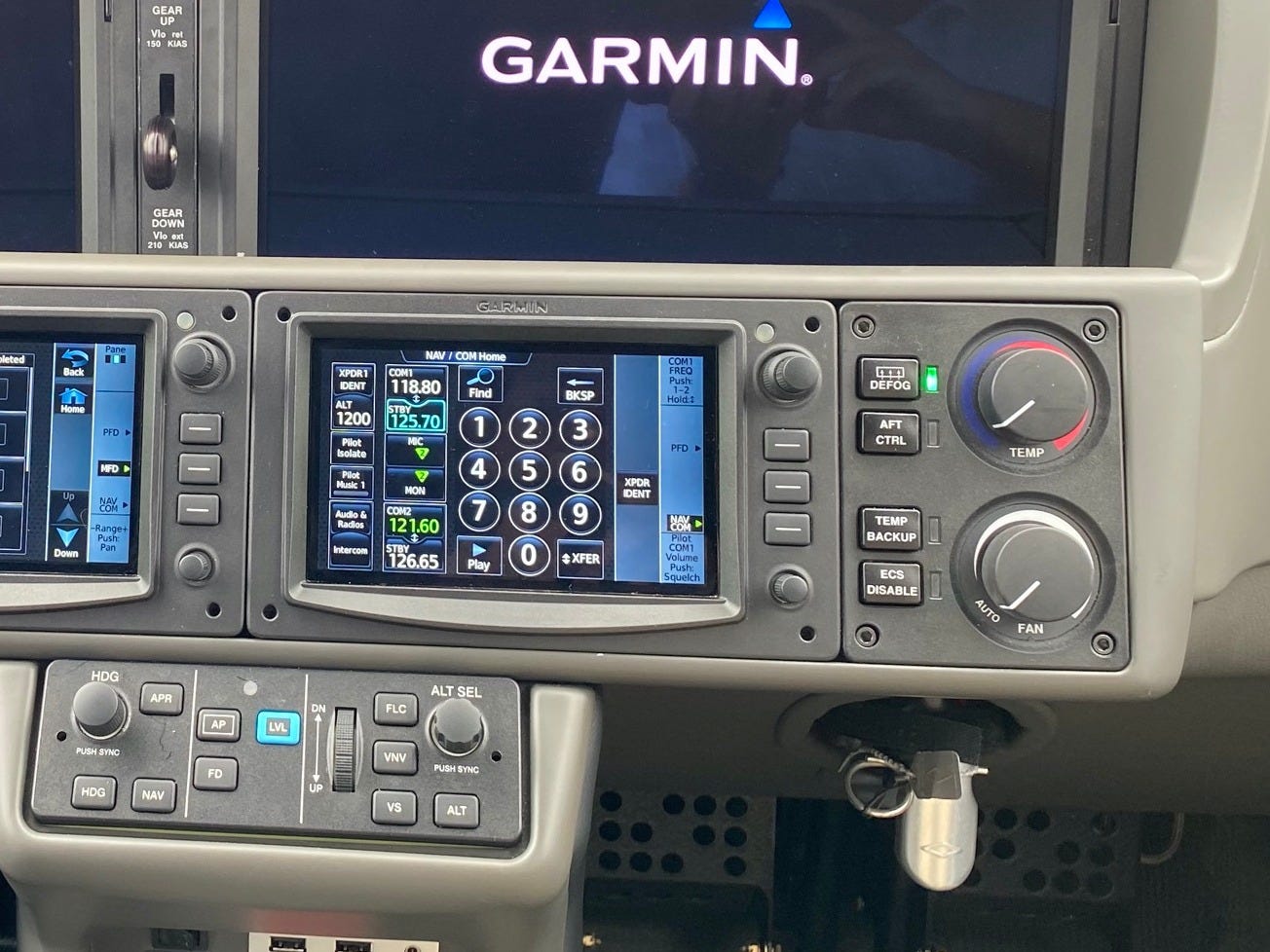 This feature came in handy when our pilot misheard a radio frequency on our approach into Glens Falls. 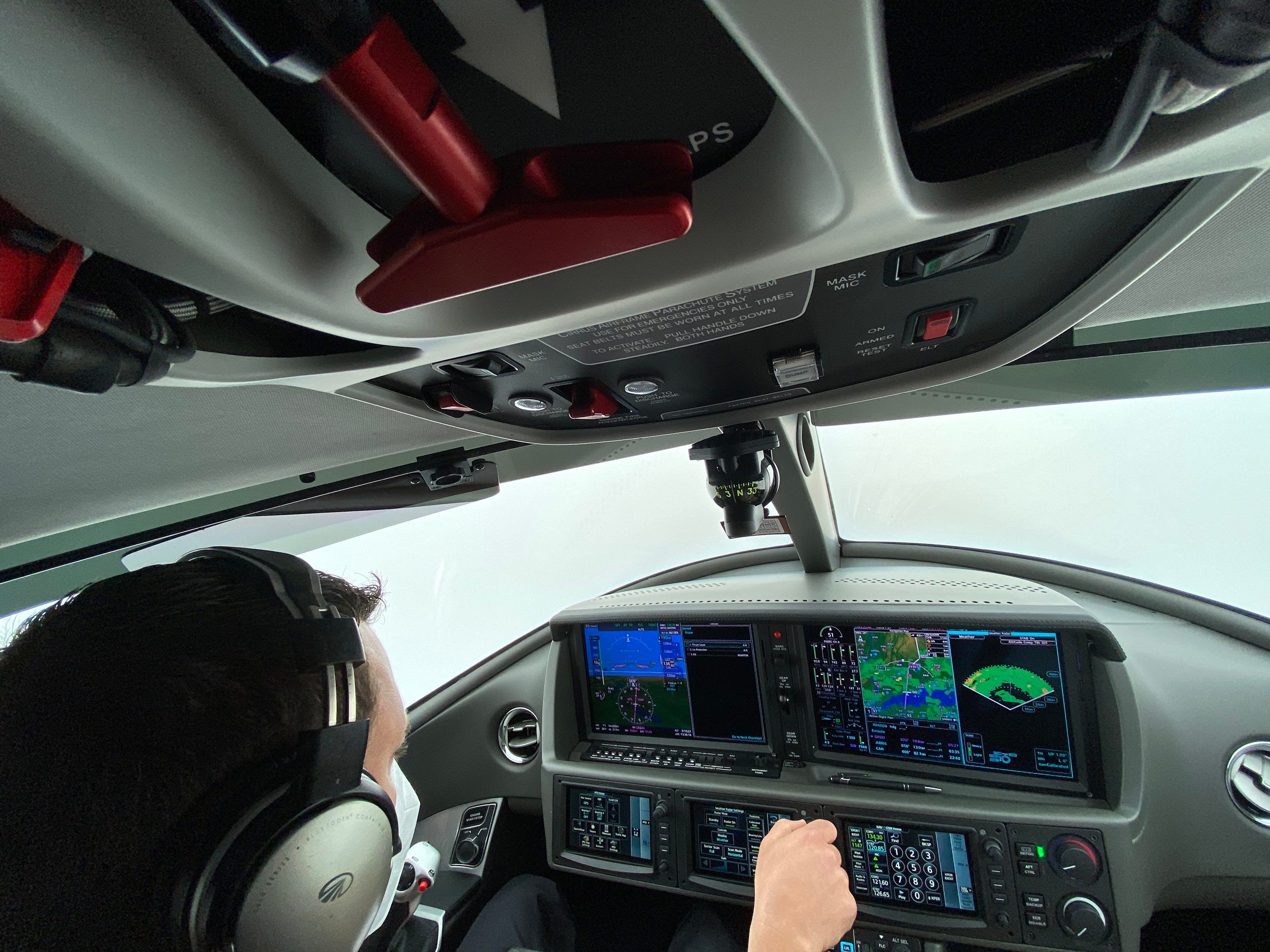 6. There’s a huge entertainment screen that drops down from the ceiling: The screen can connect to a laptop to view presentations or Netflix to watch movies in-flight. 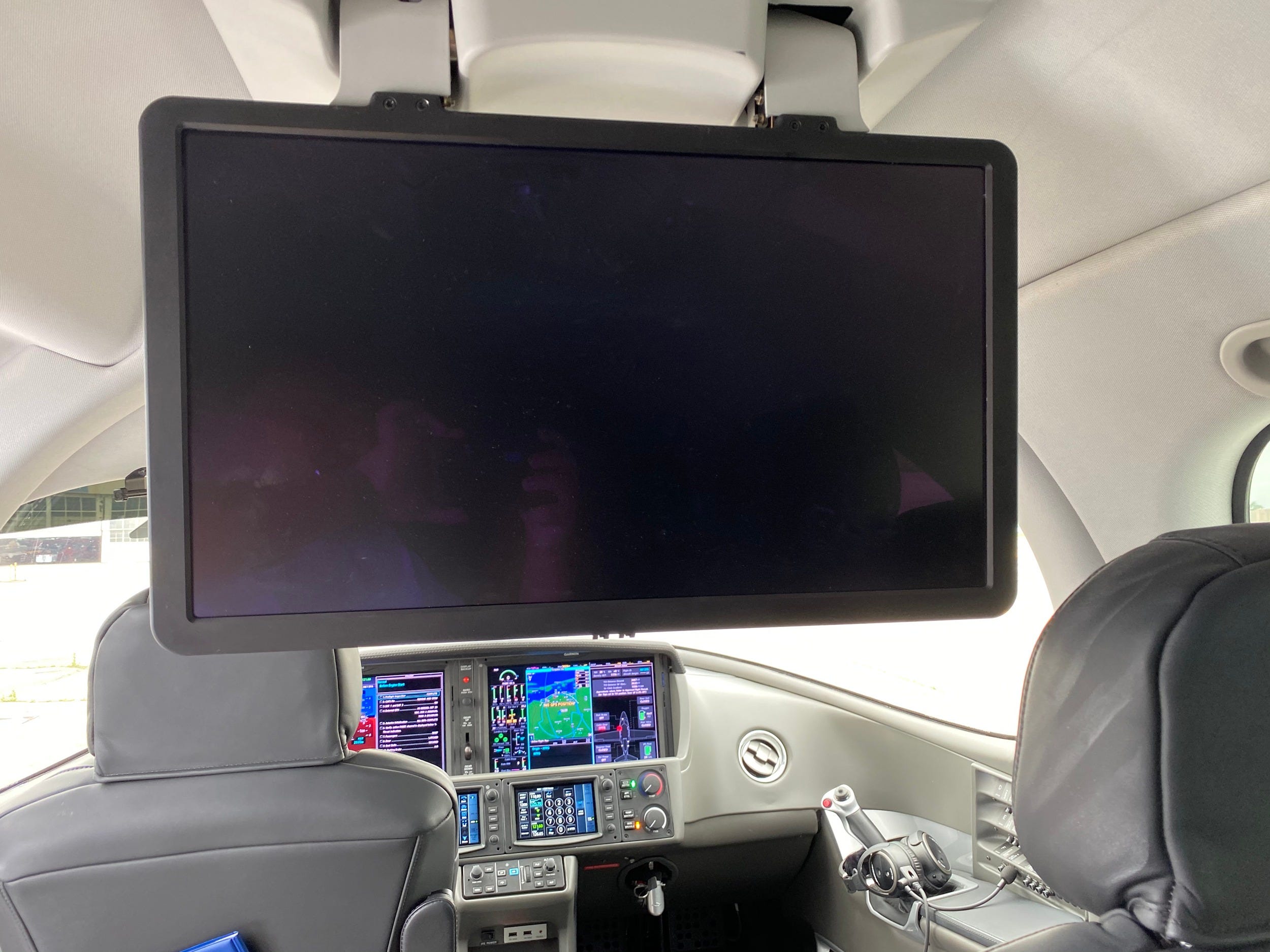 7. The engine can be started with the push of a button: Much like any modern car, the Vision Jet is a push-to-start. All the pilot does is set the dial to run and then presses this “engine start/stop” button. 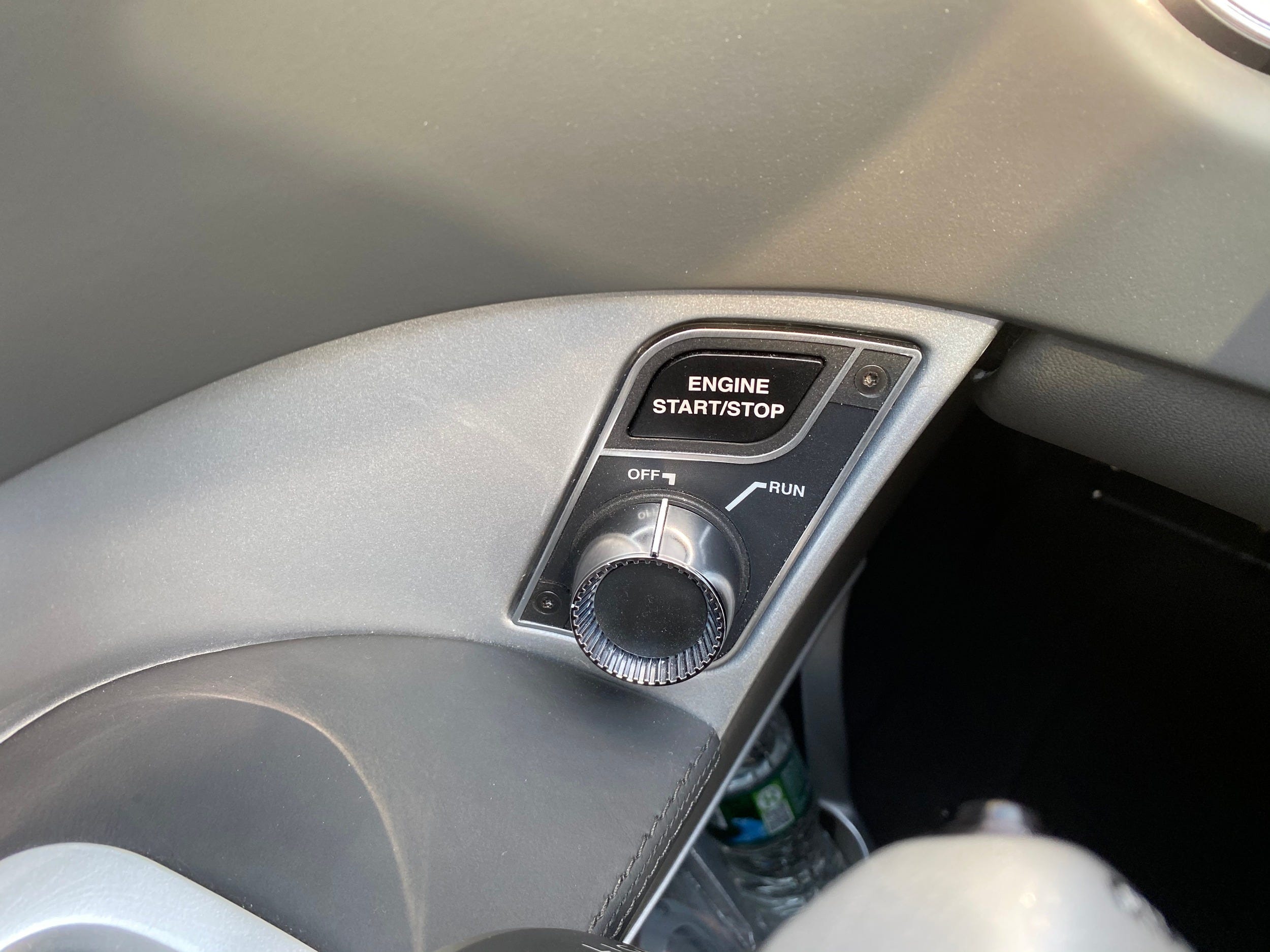 8. The design of the jet is an infamous V-tail: Most private jets feature the conventional or a T-tail design but the Vision Jet’s V-tail makes it stand out. 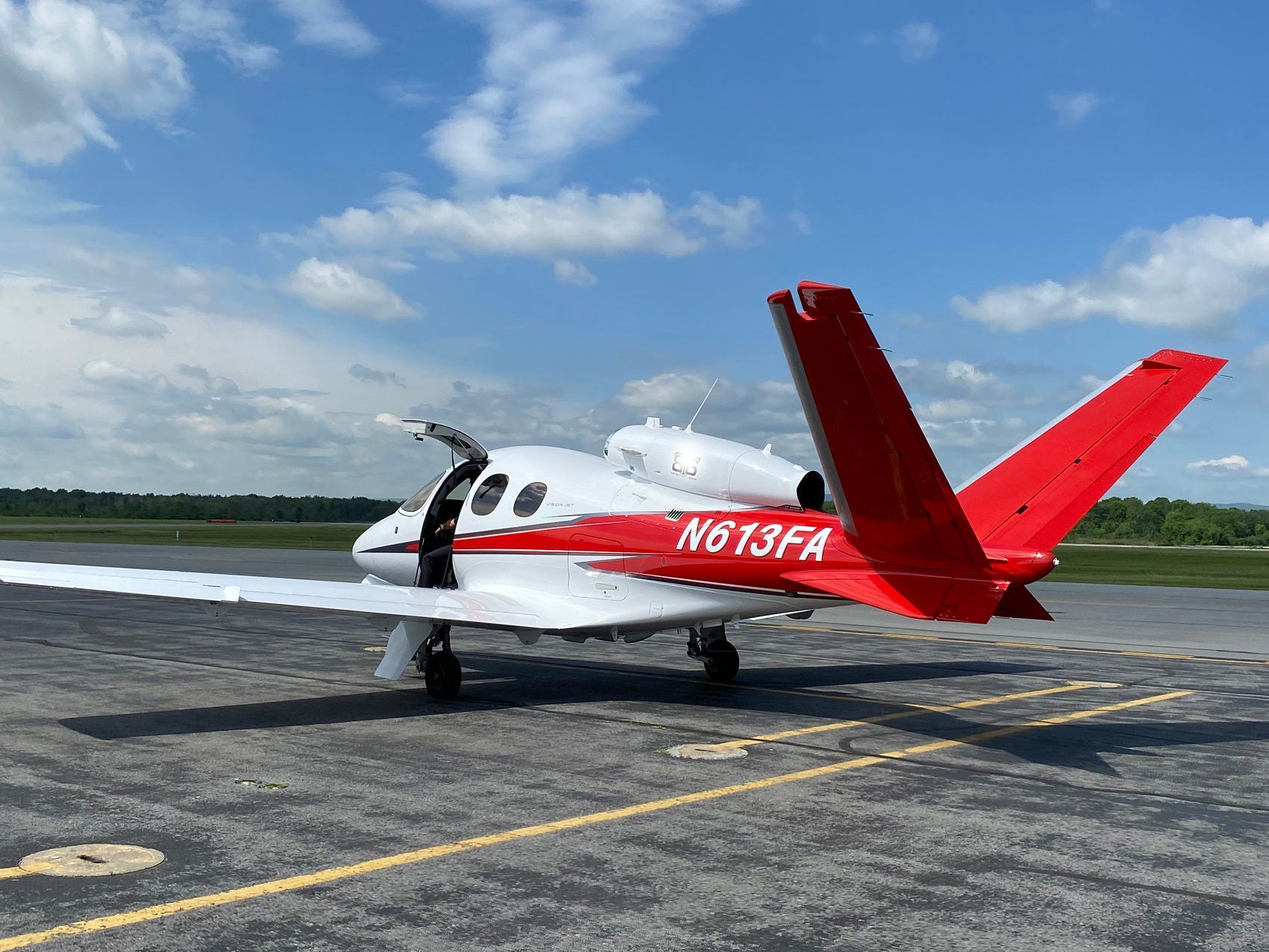 The Model 35 Beech Bonanza was among the most infamous aircraft to feature the V-tail as its reputation soured after a series of accidents, earning it the nickname “doctor killer.” 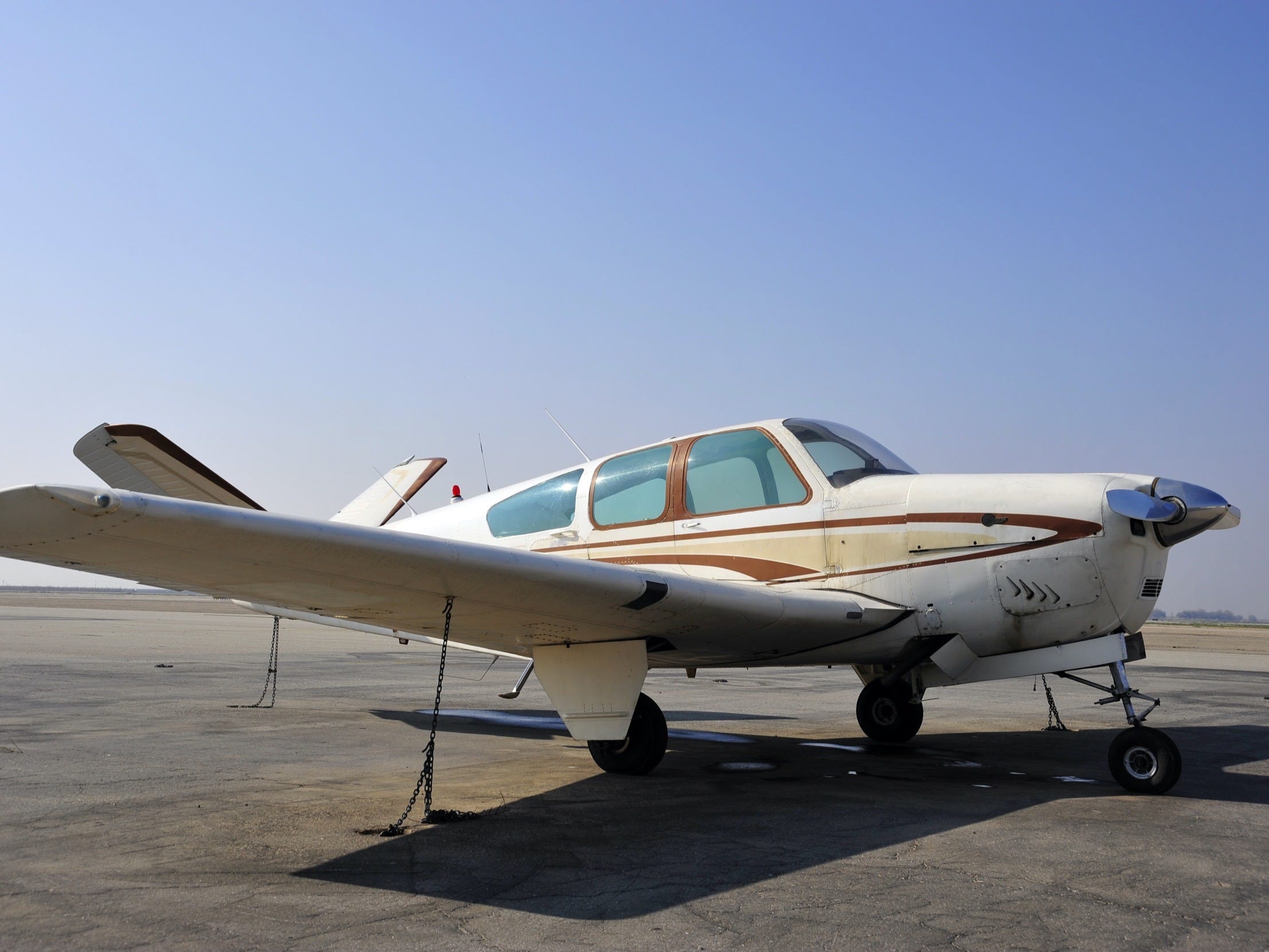 The Vision Jet, so far, is helping eliminate the V-tail stigma as the aircraft has no fatalities associated with it.

9. It comes with its own trainer aircraft: The Vision Jet is the next step up from Cirrus’ popular SR-20 series aircraft. Many pilots who want to fly the Vision Jet will start out on those aircraft before moving up. 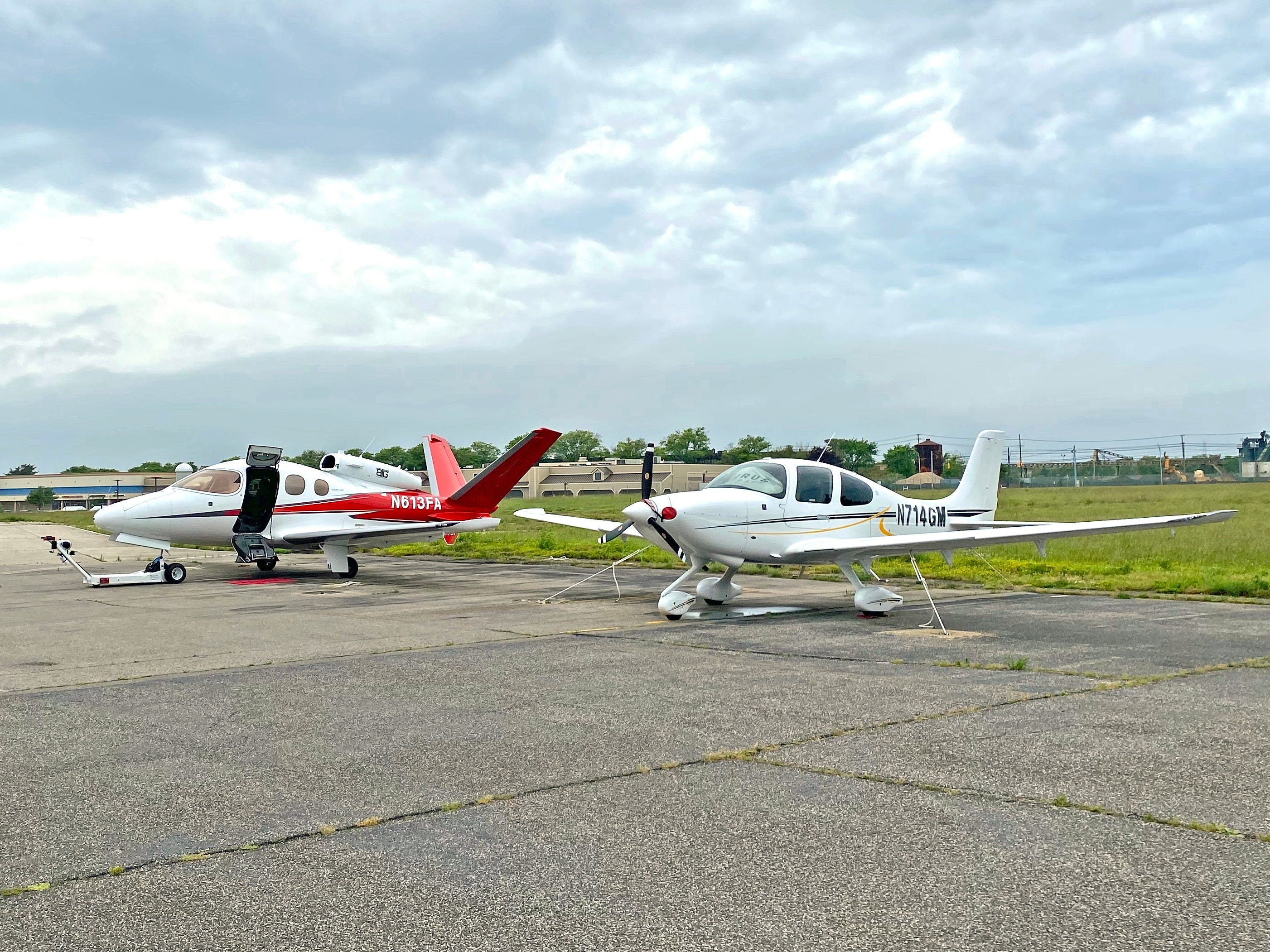 Cirrus designed many features on the Vision Jet to be as similar as possible to its piston fleet, including the cockpit. 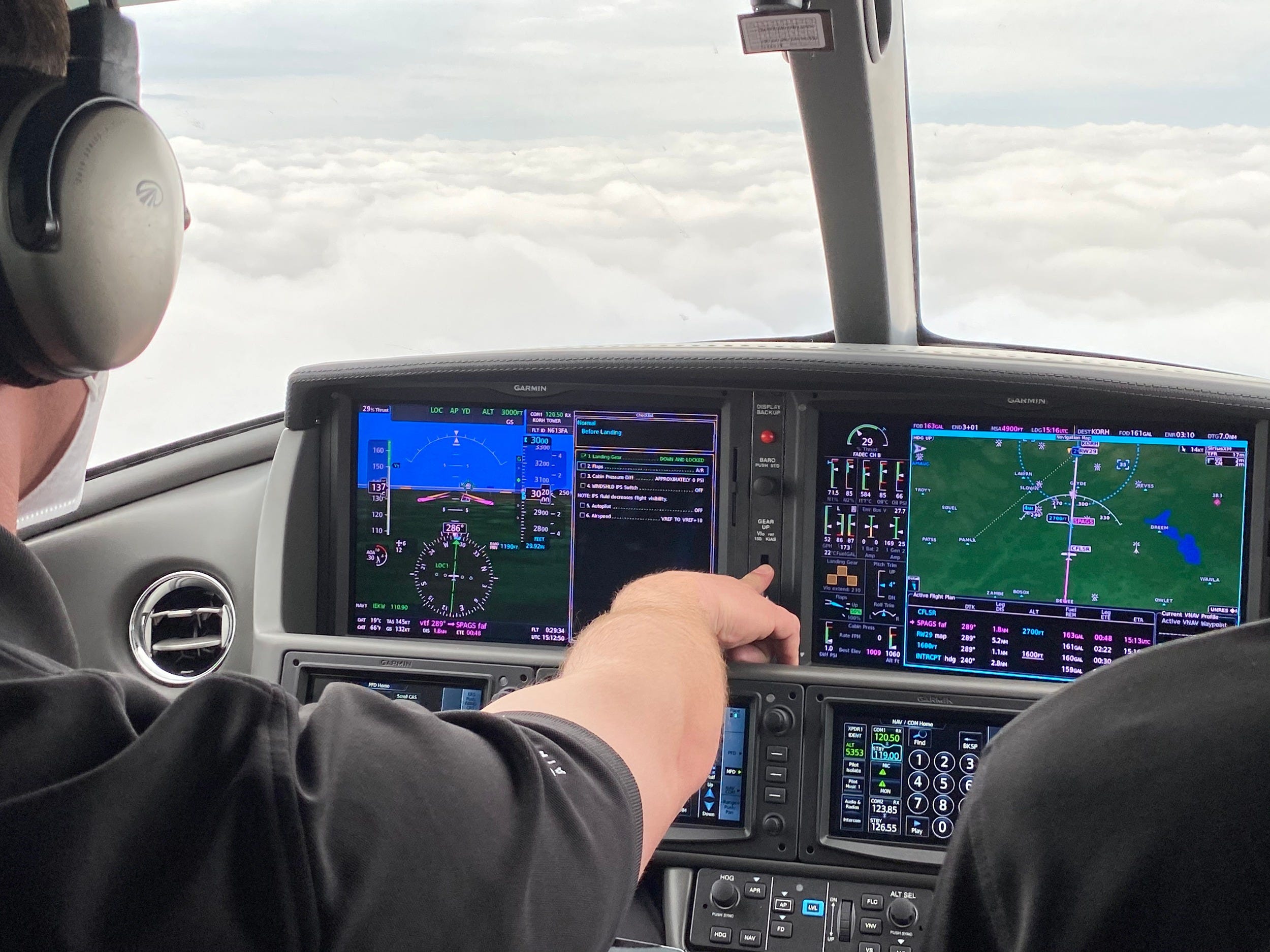 Here’s the cockpit of a smaller SR-20 series aircraft. 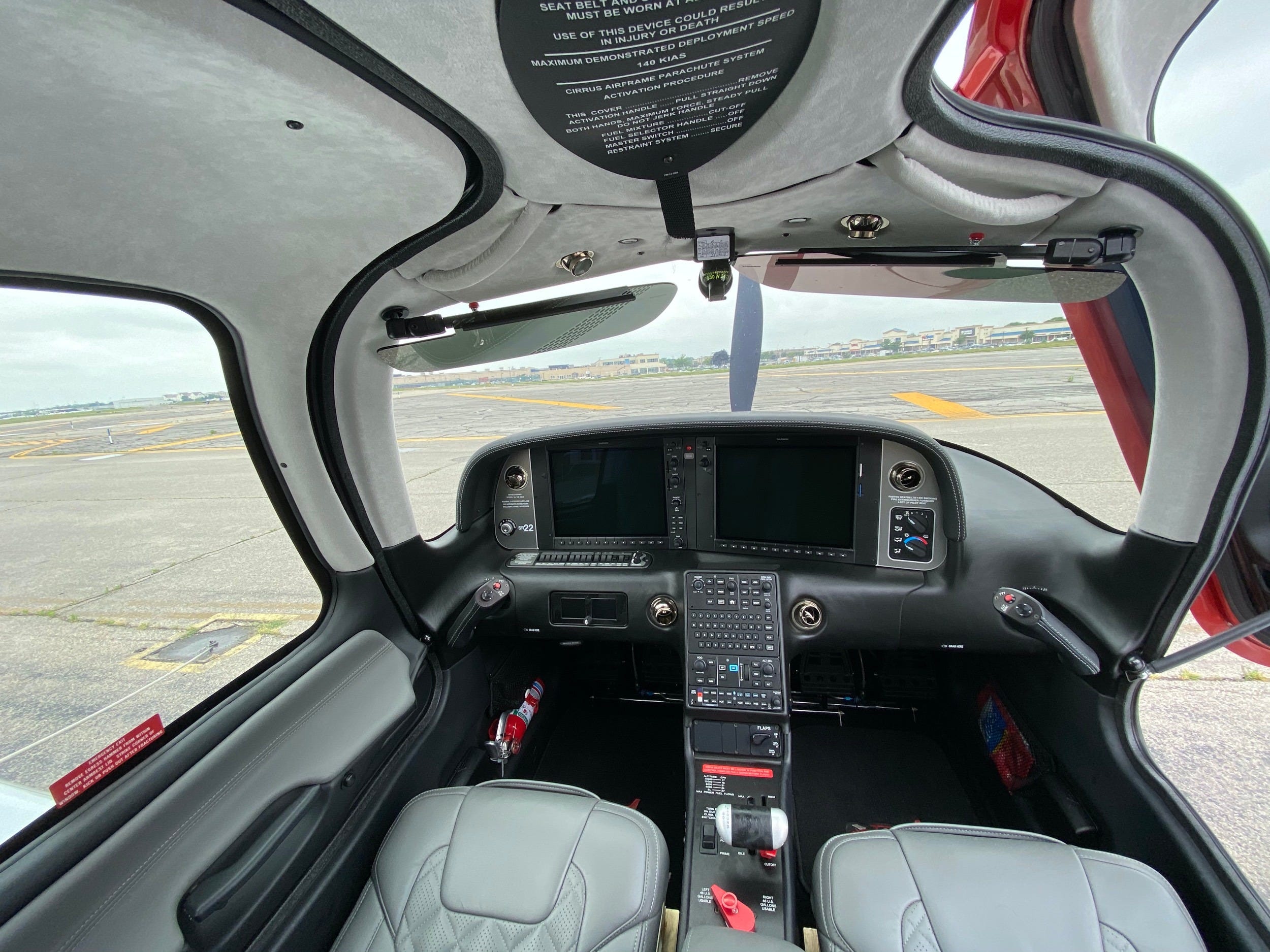 10. In-flight entertainment is among the available add-ons: Flying long hours can be boring but Cirrus offers various entertainment options including Sirius XM Satellite Radio and WiFi. 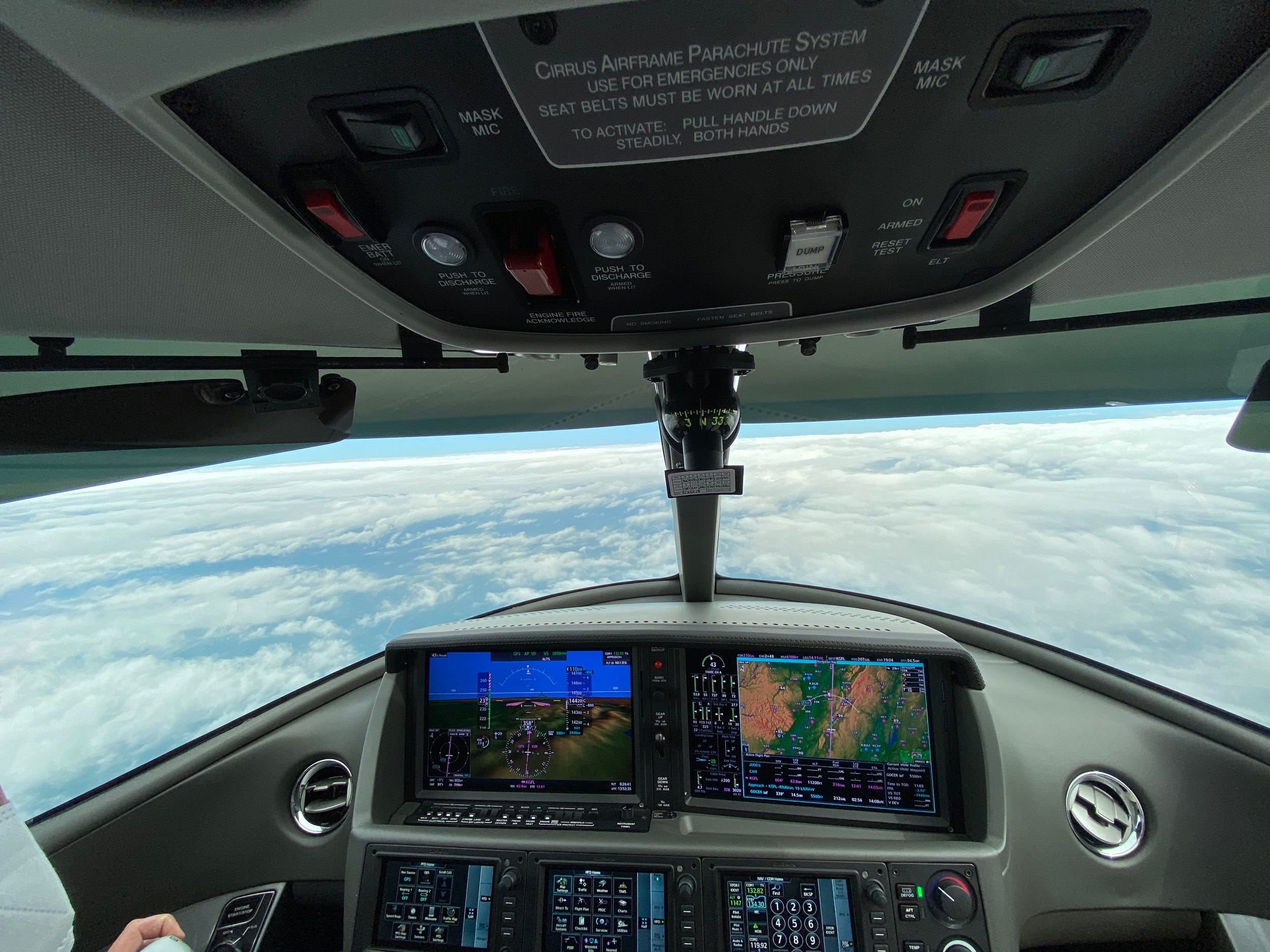 11. The aircraft can detect when a pilot becomes incapacitated: The Vision Jet can climb to a max altitude of 31,000 feet for newer generation models and automatically pressurize while doing so. 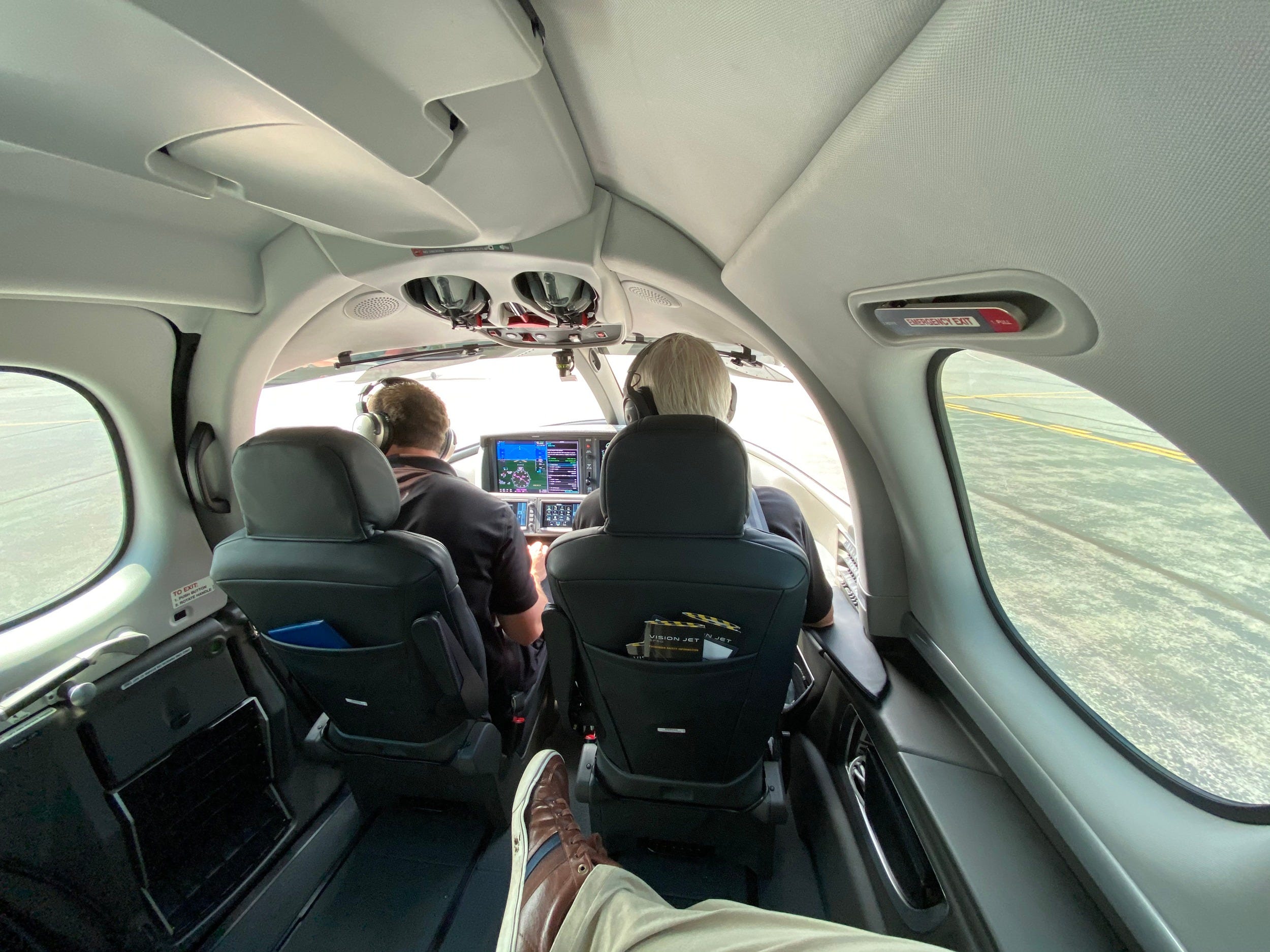 If pressurization fails and a pilot becomes hypoxic due to a lack of oxygen, the jet will realise and automatically descend to a safe altitude so that the pilot can readjust and land the aircraft. 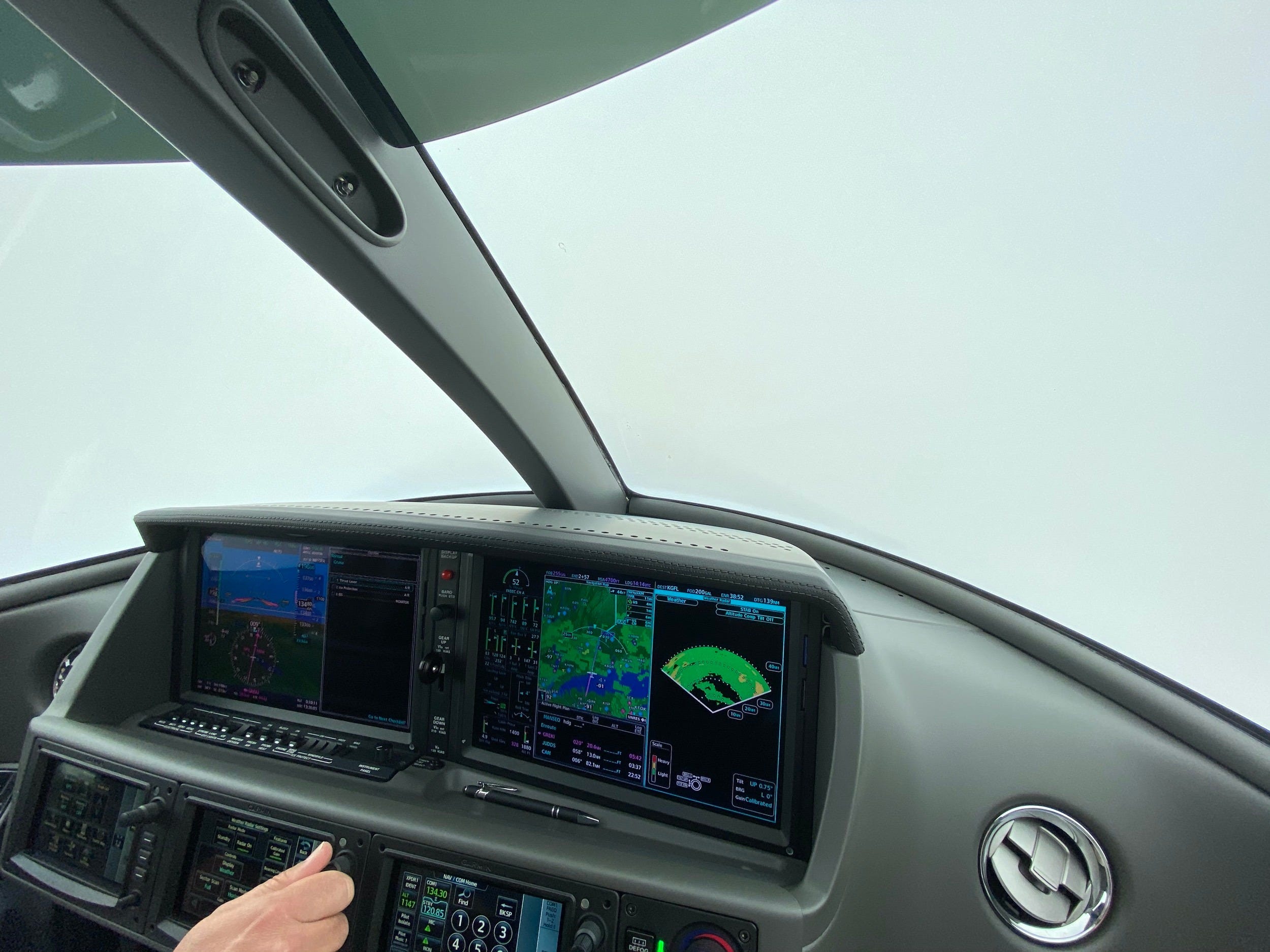