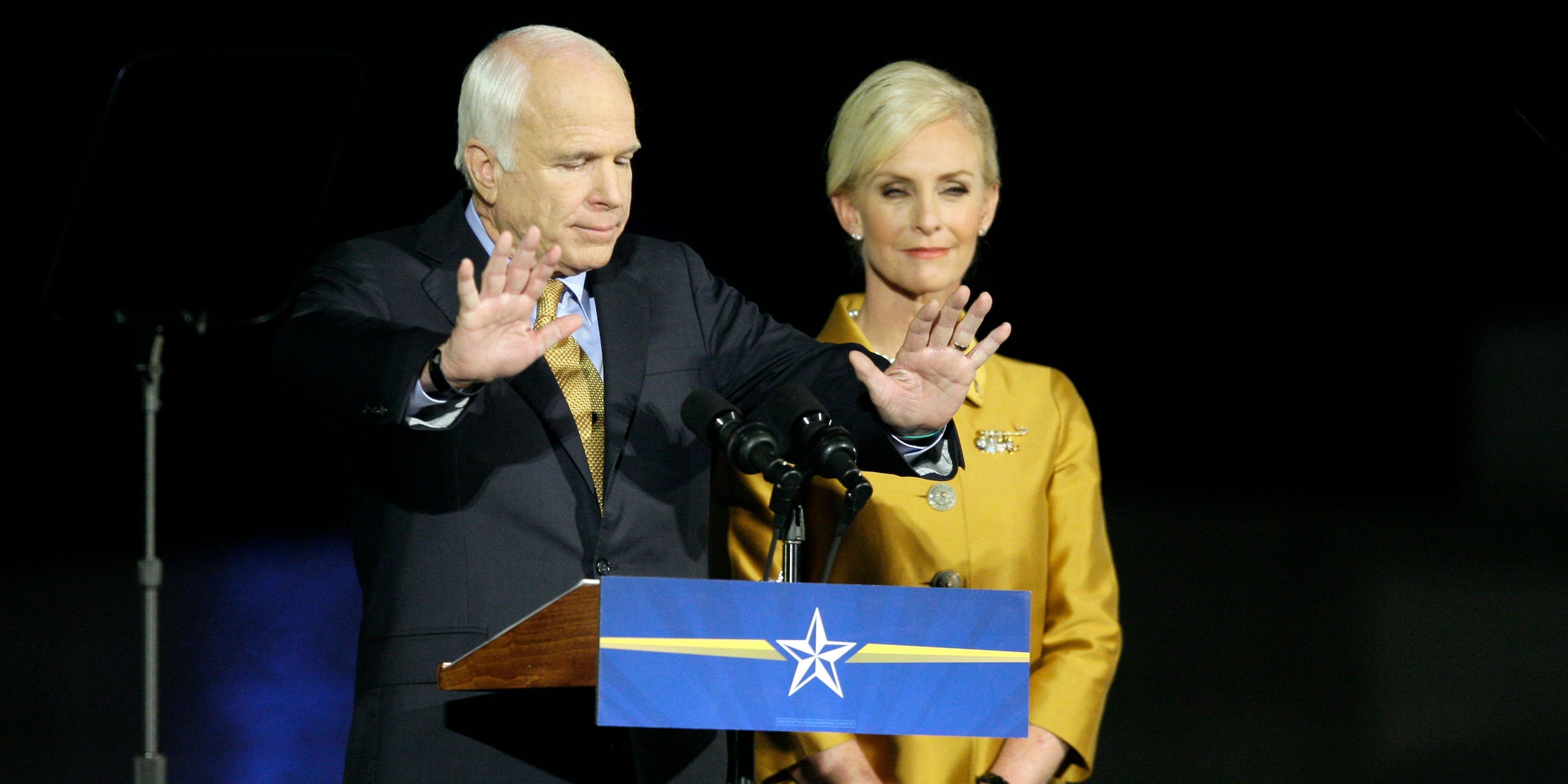 Elise Amendola/APRepublican Sen. John McCain of Arizona gestures to his supporters, while his wife, Cindy, watches during his concession speech at the Arizona Biltmore in Phoenix, November 4, 2008.

McCain said that the country was “in a lot of trouble” because of the coronavirus, and added that Biden’s plans would be “putting the pandemic first,” during an interview with CNN host Anderson Cooper on Monday.

“We were good friends with the Bidens,” McCain said, adding that her late husband, an influential figure in Arizona and a former Republican presidential nominee, would be satisfied with the results of the election. John McCain died in 2018 after from an aggressive form of brain cancer.

“And I just know he is looking down and going, ‘You did the right thing,'” McCain added.

McCain, who is a member of Biden’s transition advisory board, hoped that the Trump administration and his allies would concede to the president-elect gracefully, similar to how her late husband had conceded to then-president elect Barack Obama in 2008. The late senator has won praise for his moving concession speech delivered on Nov. 5, 2008, just a day after Obama’s projected election win.

“I really truly hope … that this president stays on the right side of history,” Cindy McCain said. “But also with all that said, does what’s right for the country.”

Trump has refused to concede and has floated baseless theories to justify nullifying the results. He also claimed he had already won the election, despite trailing Biden and not accounting for the unprocessed ballots throughout the country.

McCain, despite being a lifelong Republican like her husband, endorsed Biden in September and explained that there was “only one candidate in this race who stands up for our values as a nation.”

“Joe and I don’t always agree on the issues, and I know he and John certainly had some passionate arguments, but he is a good and honest man,” she said in a tweet. “He will lead us with dignity.”

McCain previously said that the decision to support the Democrat was spurred by the number of occasions in which Trump had disparaged her husband, the longtime Arizona senator known for working with his colleagues across the political spectrum. Throughout his candidacy, presidency, and even after the senator’s death, Trump often derided John’s public service, which included being captured and tortured for over five years during the Vietnam War.

In 2015, Trump rejected the notion of describing John as a war hero “because he was captured,” adding that “I like people who weren’t captured.”

Biden is projected to win the election and is leading in Arizona, a first for a Democrat in the state for over 20 years, according to Decision Desk HQ. Votes are still being counted in the state and Biden currently has a narrow lead to clinch Arizona’s 11 electoral votes.