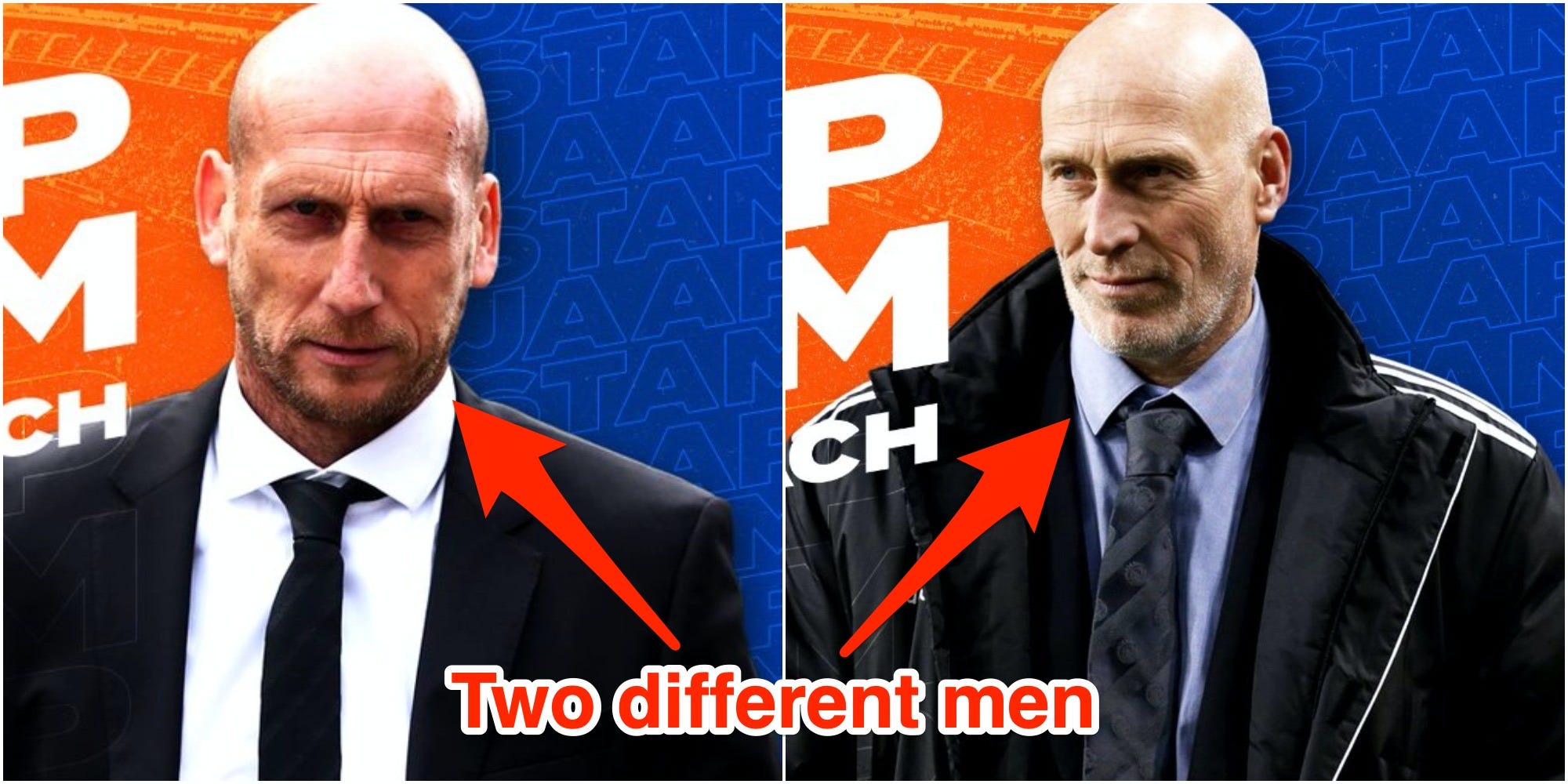 FC Cincinnati revealed Jaap Stam as its new head coach on Thursday, but the team got a bit mixed up and posted a picture of another bald Dutch coach who looks like Stam.

Instead of Stam, the MLS club tweeted a photo of the Ajax youth coach Tinus van Teunenbroek.

“Join us in welcoming the new head coach of #FCCincy, Jaap Stam,” the club said in a since-deleted tweet that featured a picture of Teunenbroek.

Shortly after it realised its mistake, it tweeted again, this time with a photo of the right man: “Join us in welcoming our actual new head coach, Jaap Stam.”

Numerous other MLS clubs then proceeded to poke fun at Cincinnati by posting photos of other bald men with welcome messages of their own.

“Congrats, Jaap!” the Columbus Crew tweeted alongside a photo of the actor Jason Statham.

FC Dallas posted a picture of the cleaning-product mascot Mr. Clean, saying: “What up, Jaap!”

The Philadelphia Union shared a photo of the musician Pitbull, the Houston Dynamo of the former Arsenal defender Philippe Senderos, and the San Jose Earthquakes of Bruce Willis.

“I heard about the incident through a mother of a former pupil of mine,” Teunenbroek told Fox News, according to the BBC. “Everyone now asks if I have made a transfer to America.

“I have once been mistaken for Jaap Stam in Ajax Showtime [an Ajax website] by Ajax itself. It happens to me more often, such as on vacation, that people shout: ‘Hey, that’s Jaap Stam!”’

Stam, a former defender for Manchester United and Lazio, has been appointed manager of the club until December 2021.

He replaces a fellow Dutchman, Ron Jans, who resigned after being accused of using the N-word while singing along to a song apparently in an attempt to connect with his black players.