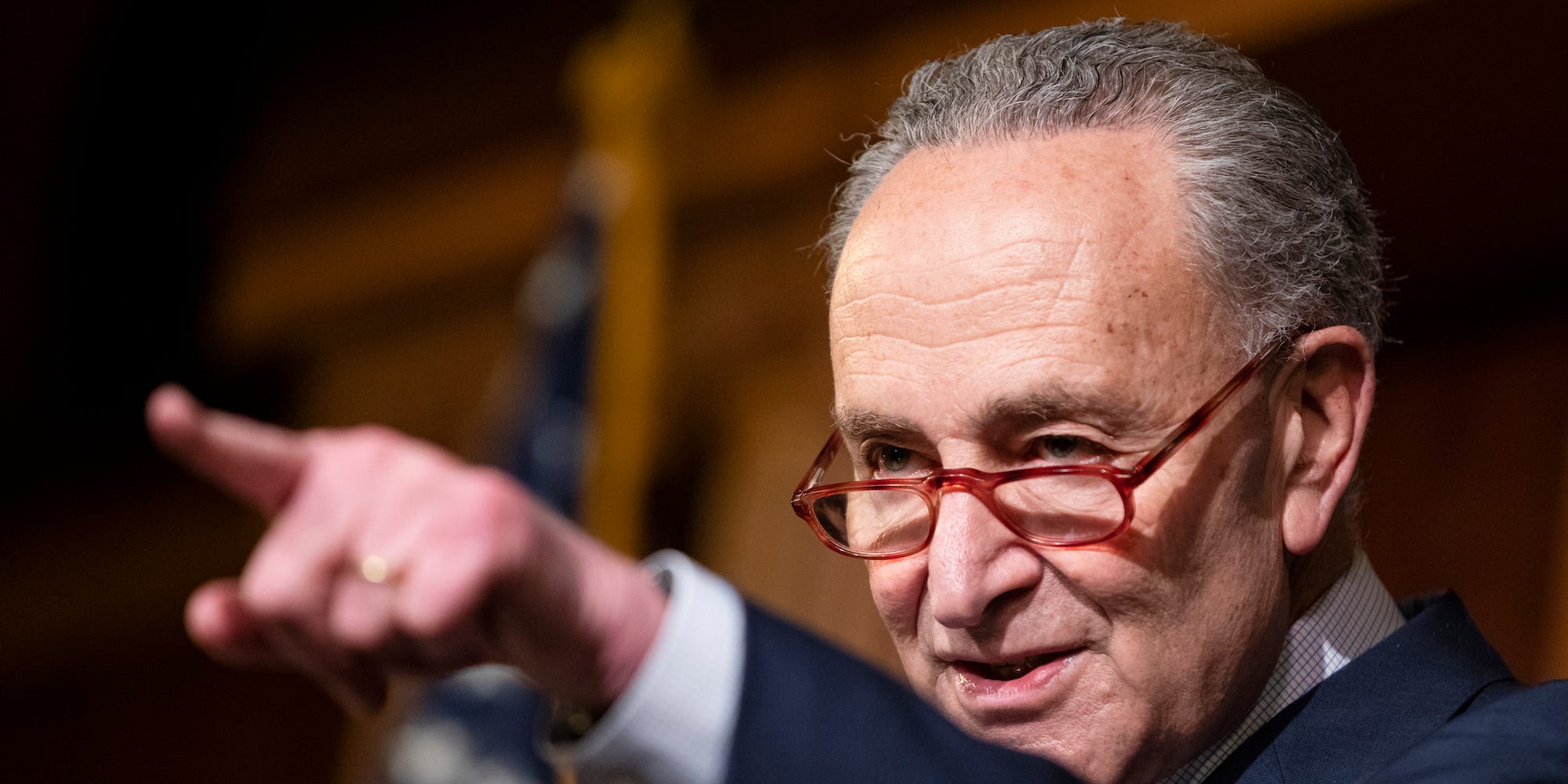 The Senate is scheduled to reconvene next week and resume negotiations over a second fiscal relief package. Lawmakers on both sides of the aisle have edged closer to meeting on a bill size but remain at odds over how money should be allocated.

Senate Republicans are floating a bill expected to cost $US500 billion, well below the size pursued by Democrats. Passing such a measure would allow the GOP to make “another unacceptable and ineffective attempt at providing relief,” Schumer wrote in a Thursday letter.

“Republicans may call their proposal ‘skinny,’ but it would be more appropriate to call it ’emaciated,'” the senator wrote. “Their proposal appears to be completely inadequate and, by every measure, fails to meet the needs of the American people.”


Read more:
A UBS real estate-investing chief told us 5 ways investors can profit from the pandemic’s transformation of how Americans live and work â€” including the housing markets poised to boom

The deadlock arrives as weekly jobless claims remain at elevated levels and consumer-spending gauges slow their recovery to pre-pandemic levels. Key facets of March’s $US2.2 trillion Coronavirus Aid, Relief, and Economic Security Act, including expanded unemployment benefits and the Paycheck Protection Program, have expired, leaving businesses without aid as the economy reopens from its monthslong shutdown.

House Democrats passed a $US3.5 trillion package in May but have since indicated they are willing to back a bill with $US2.2 trillion in aid. White House chief of staff Mark Meadows told reporters on Friday the administration was willing to pass a bill with $US1.3 trillion in relief, an increase from the previous $US1 trillion offer.

Schumer derided the slim proposal’s lack of funding for rental assistance, safe elections, and food assistance, among other omissions. Republicans’ proposal tries to “‘check the box’ and give the appearance of action rather than actually meet the truly profound needs of the American people,” he added.

The New York Democrat ended his letter with a call for Senate Democrats to hold strong against passing the “skinny bill.” The parties’ joint front on the CARES Act “allowed for significant improvements to be made” that ultimately helped the economy, he said.

“We should strive for, and hope we can achieve, another comprehensive, bipartisan bill that meets the moment facing our nation,” Schumer wrote.


Read more:
One of Tesla’s biggest bulls on Wall Street breaks down how the company’s $US5 billion stock sale could benefit retail investors â€” and explains why the electric-car giant would still be cheap at $US1,400 per share in 2024